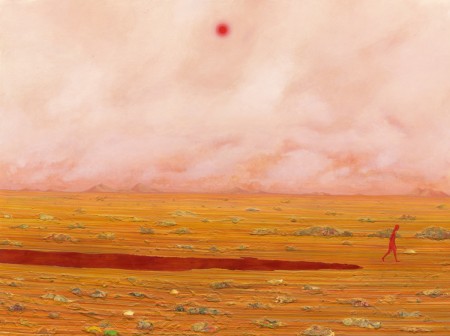 This weekend, Brendan Monroe (interviewed), now based in Sweden, will be showing a new body of work “Figments” at Galerie LJ. It’s been almost two years since his last show at the Parisian gallery and he will again be showing alongside artistic colleague and now wife, Evah Fan. We highly recommend you make plans to attend if you can for the opening this Saturday, Sept 4th because not only will Brendan be bringing along his wonderfully textured paintings, he will have some sculptural works as well including his first ceramic piece. 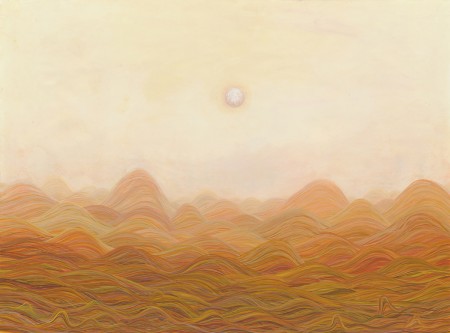 With this show “Figments” I began with a list of faces and creatures that appear and reappear in my work. I wanted to make a library of characters for the exhibition. With these figures, I planned to invent landscapes I thought these guys might exist in. The characters and the settings are meant to be not only made up by imagination, but what imagination itself might look like in it’s many changing forms. Or rather, projections of selves and a mind-scape for them to come alive in.

Somewhere in the middle of making this library, I felt it wasn’t so exciting for me to paint. I think that with building lists like this, it is better to let it form naturally over time instead of trying to make it all at once. I distracted myself with other interests, turning to new textures in landscapes and into the elemental nature of chemistry. I placed a few versions of myself (and Evah) into some of these seemingly empty and vast backgrounds. I think of this as a parallel imagination world. In this place, there can be many personalities to interact with and many landscapes to see, just the same as reality, though here the laws of nature don’t make any sense. As a show together I’d like the work act as snap shots of a biomorphic road trip across some newly discovered plane. 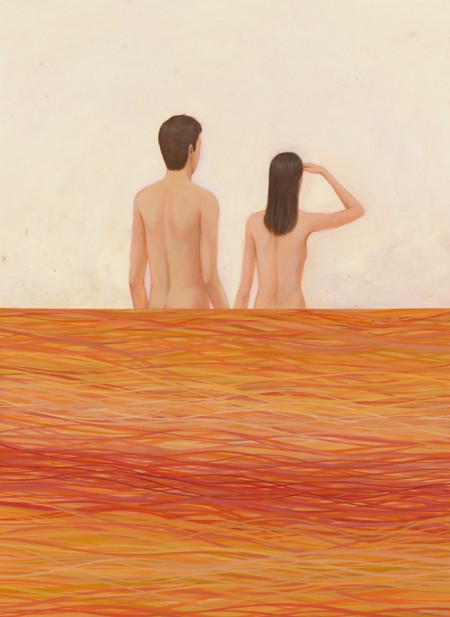