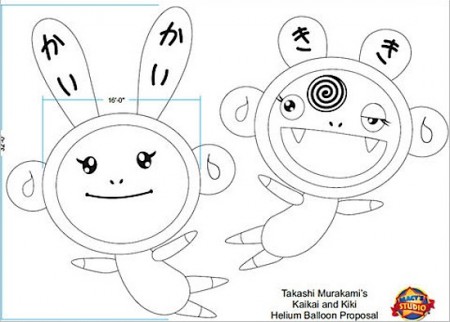 Takashi Murakami is coming back to show in New York City, but this time, he’s in this year’s Macy’s Thanksgiving Day Parade. His contributions will be two specially designed floats of his studio mascots “Kaikai” and “Kiki”. With massive heads measuring 16 feet wide, it’ll be a pretty unforgettable impression these two Superflat characters will make when their larger than life helium filled bodies float down the streets of the Big Apple.

We even dug up an old animation of Kaikai & Kiki in action check it out after the jump.