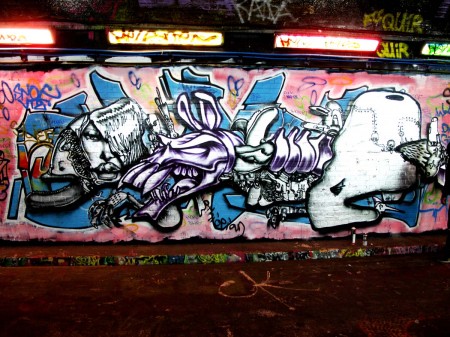 Opening next Tuesday, Hell’s Half Acre, is a unique concept show organized by London-based Lazarides around the theme of Dante’s “Inferno”, interpreted as “hell” in the influential author’s Italian tongue. Fittingly hosted deep within the underground catacombs known as The Old Vic Tunnels, the impressive roster of artists – including such LAZ favorites as Vhils, Antony Micallef, Ian Francis and David Choe, just to name a few – has been tasked with interpreting the nine circles of hell as postulated within the epic 14th-century poem The Divine Comedy through their own artistic lenses.

More info and images after the jump. 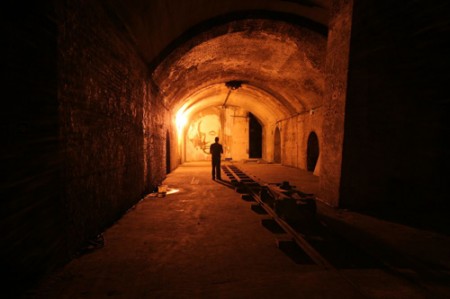 If the eerie labyrinth of tunnels below Waterloo Station playing host the event wasn’t enough to affirm this an experience not to be missed, the exhibition will also include some special attractions such as a pair of 3-dimensional installations – the first of their kind – by Conor Harrington and Jonathan Yeo, a new exclusively commissioned film by Todd James/ REAS, the powerfully chilling photographs of George Osodi and Boogie, as well as a surprise finale by Paul Insect. The show will be open for viewing on October 12th to 17th from 6 PM – 11 PM, with extended hours over the weekend. However, as space is limited, you will need to book ahead for this exciting multi-sensory, mixed-media event. Check out this freaky, yet amazing video to get a sense of what’s in store for attendees. 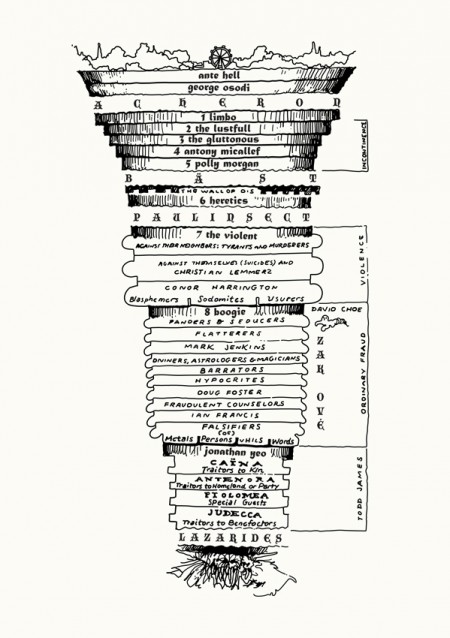 Even more David Choe images via his blog.
Discuss the show here.