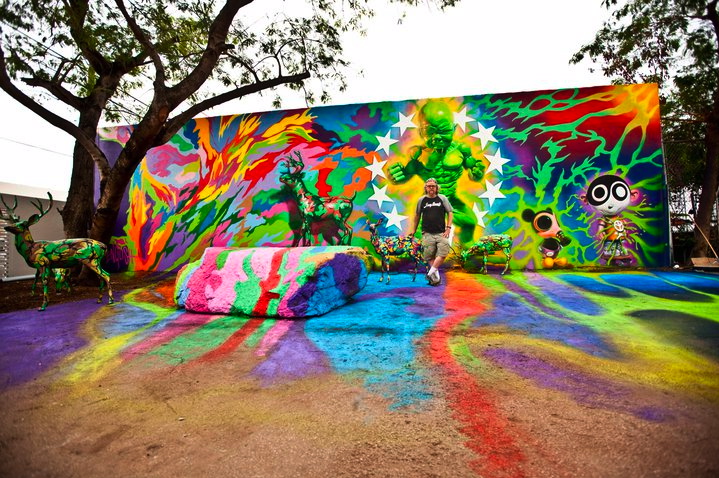 Apparently, that mural Ron English (featured) was working on in Miami that we first brought you here is completed.  He ended with a cool extension of the wall piece onto the ground and with the placement of some of his “Camo Deer” figures. We first saw these pieces at his impressive “Status Factory” pop-up show in New York (covered) and for west coast fans of his work, make sure you stop by on Friday night (November 12th) as the show moves to the Frank M. Doyle Arts Pavilion (OCC).