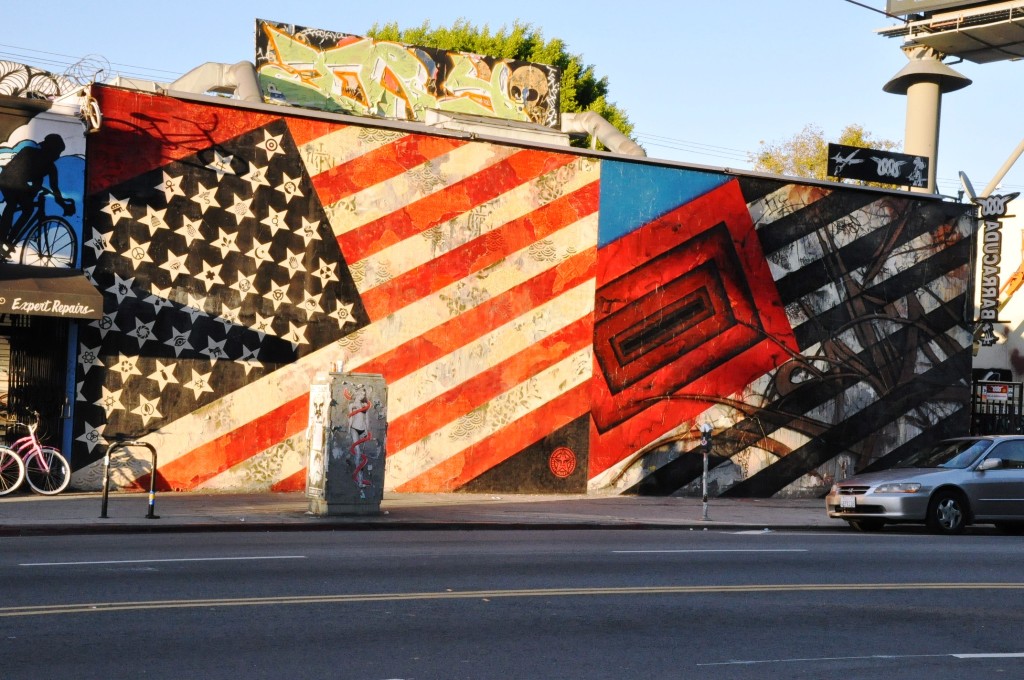 On LA’s famous Melrose Ave, near Fairfax Ave lies a collaboration by two of the city’s most pioneering street and graffiti artists. On a wall that previously held a Shepard Fairey mural now features two flags side-by-side, one an American flag as interpreted by Fairey and the other, an American flag as seen through the eyes of SABER.

Street pieces do not get better than this. These two local heroes have provided the streets of Los Angeles and the rest of the world with innovative, important, and timely works of art for years and are now near the top of their game. Make the special trip to take a look at this piece for yourself while it is still on the side of the De La Barracuda shop building. 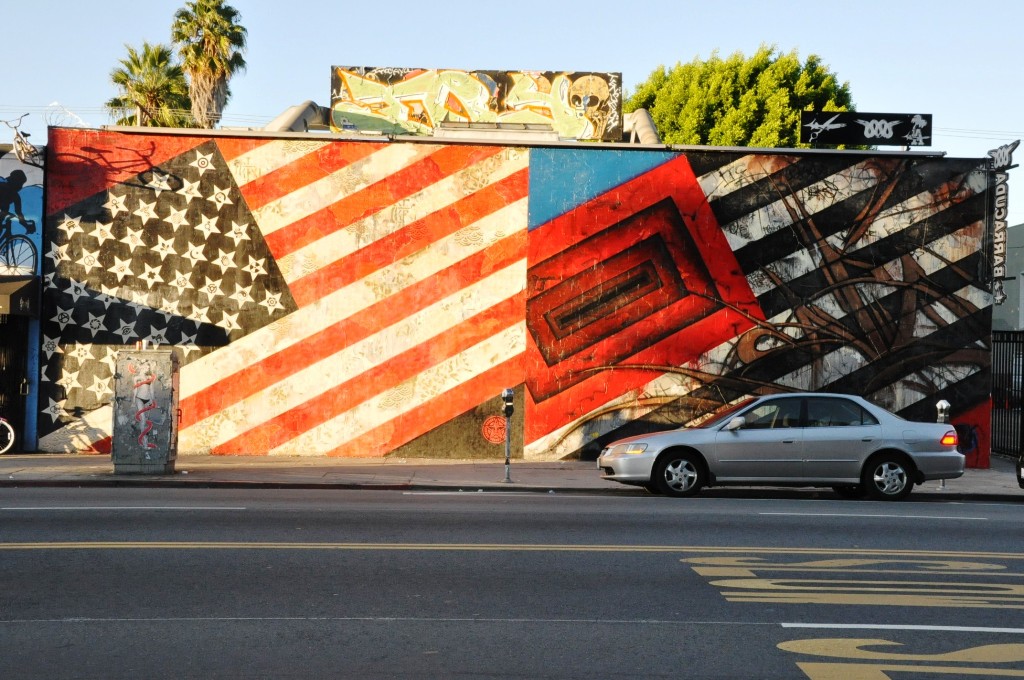 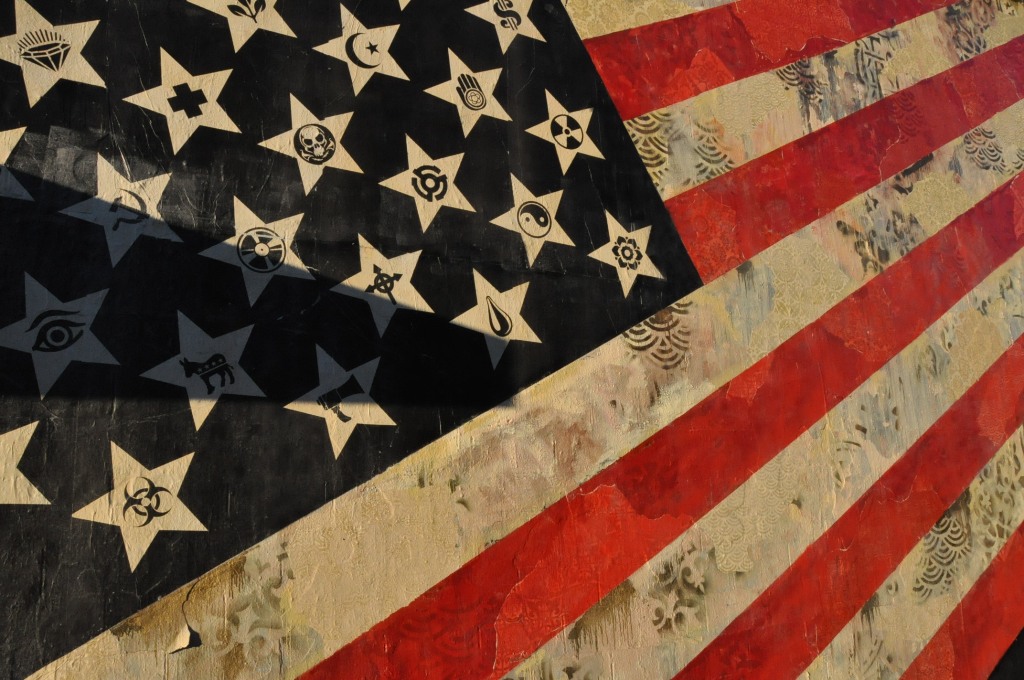 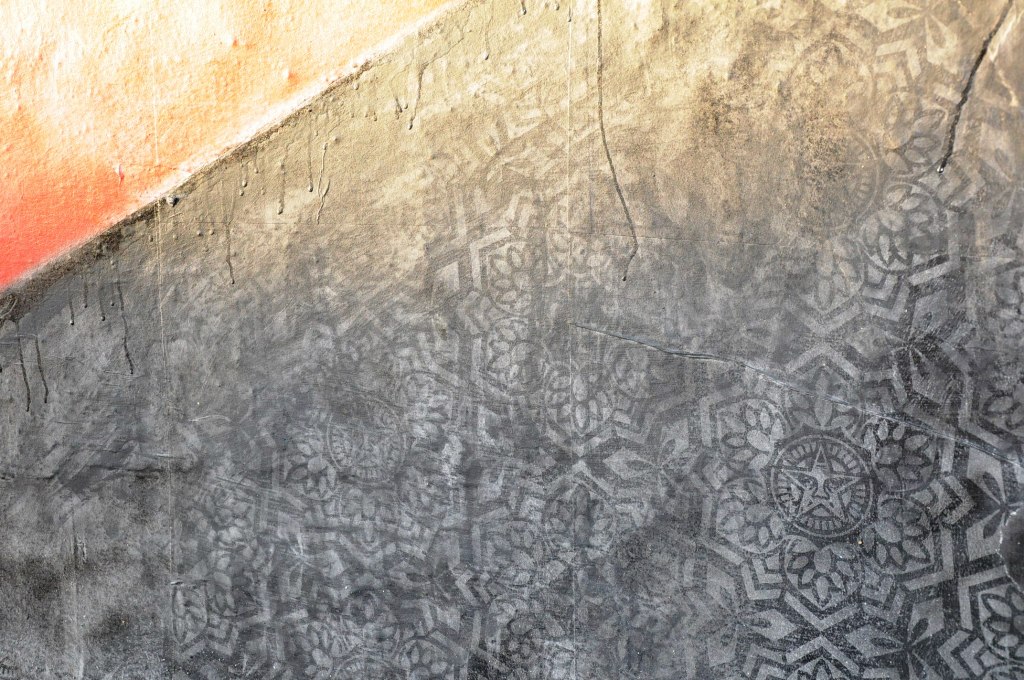 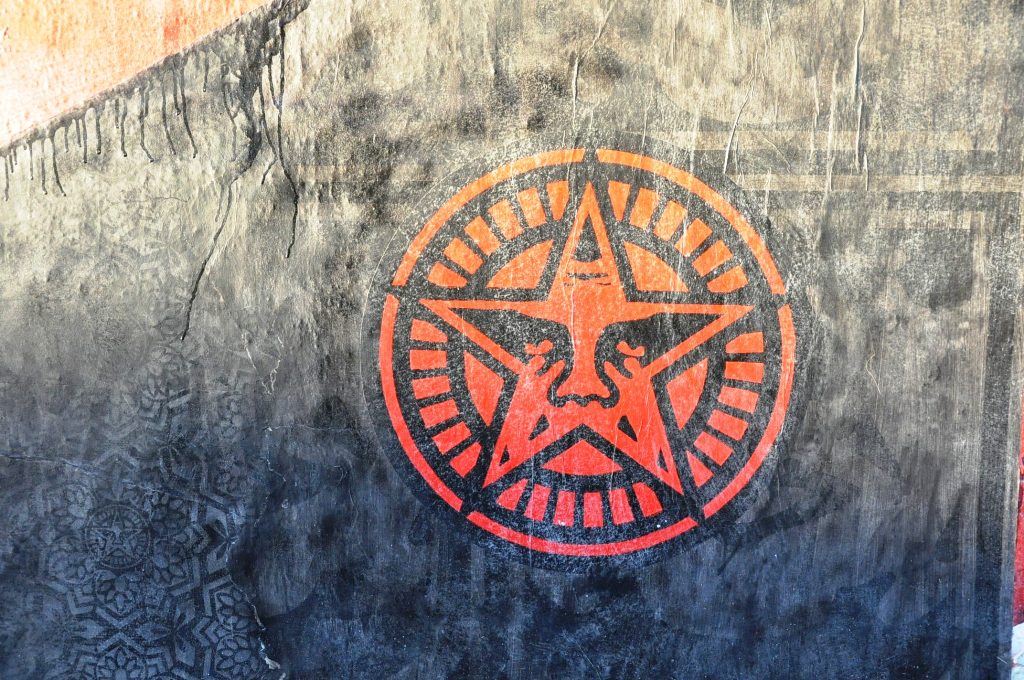 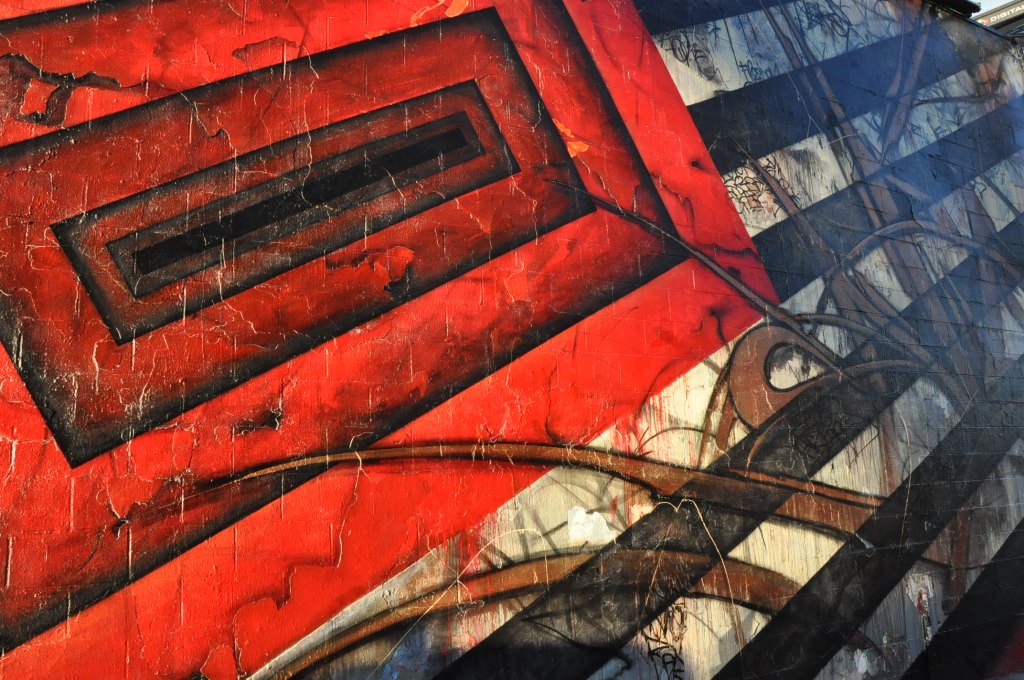 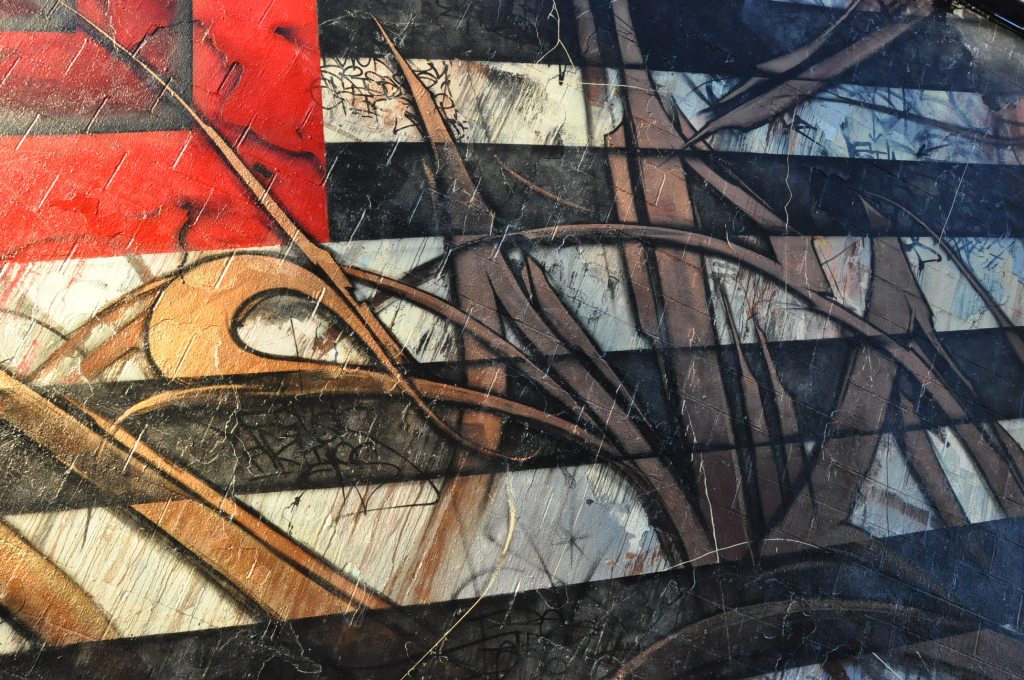 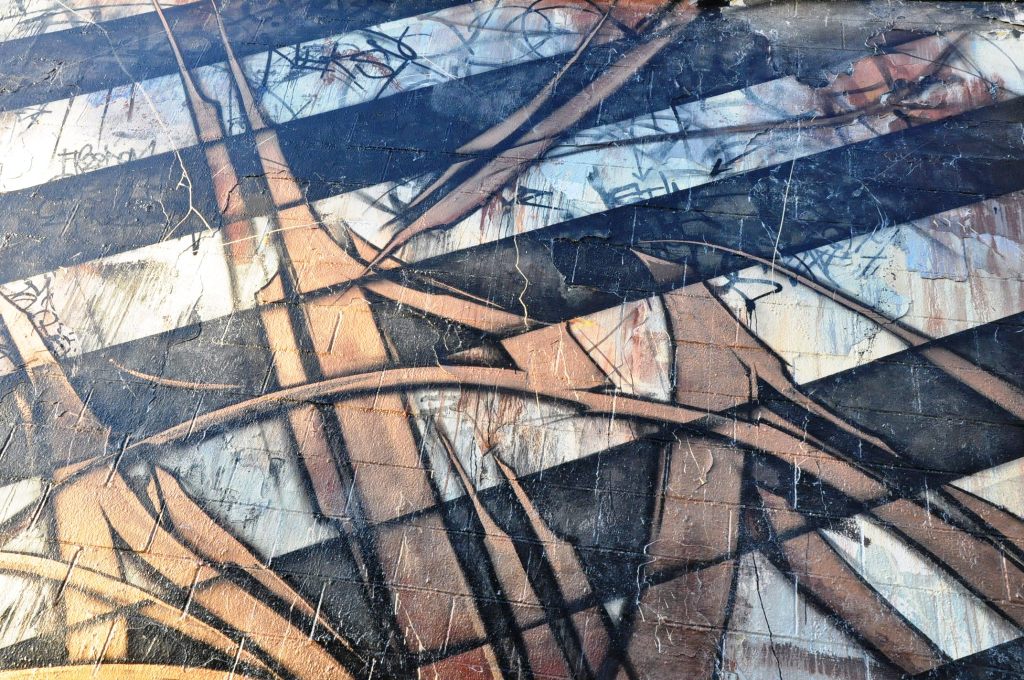 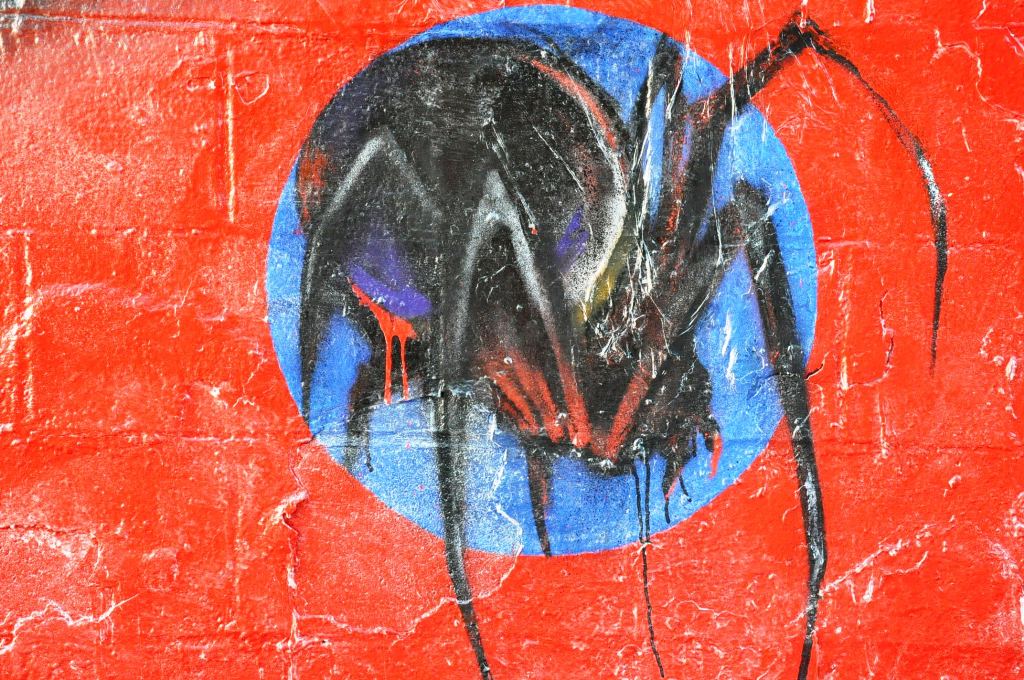 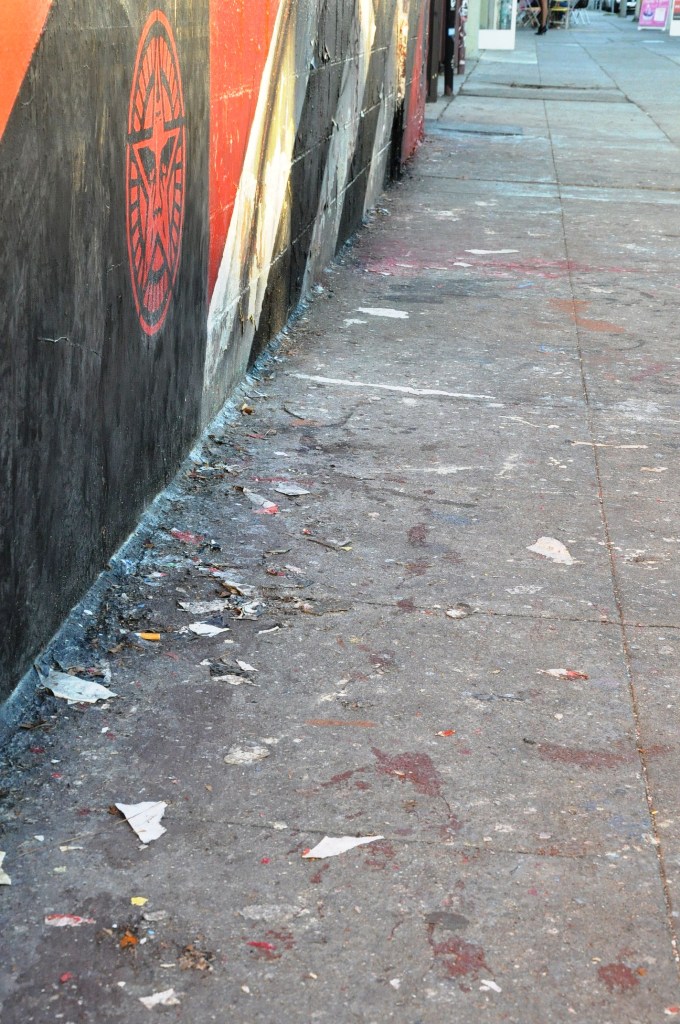