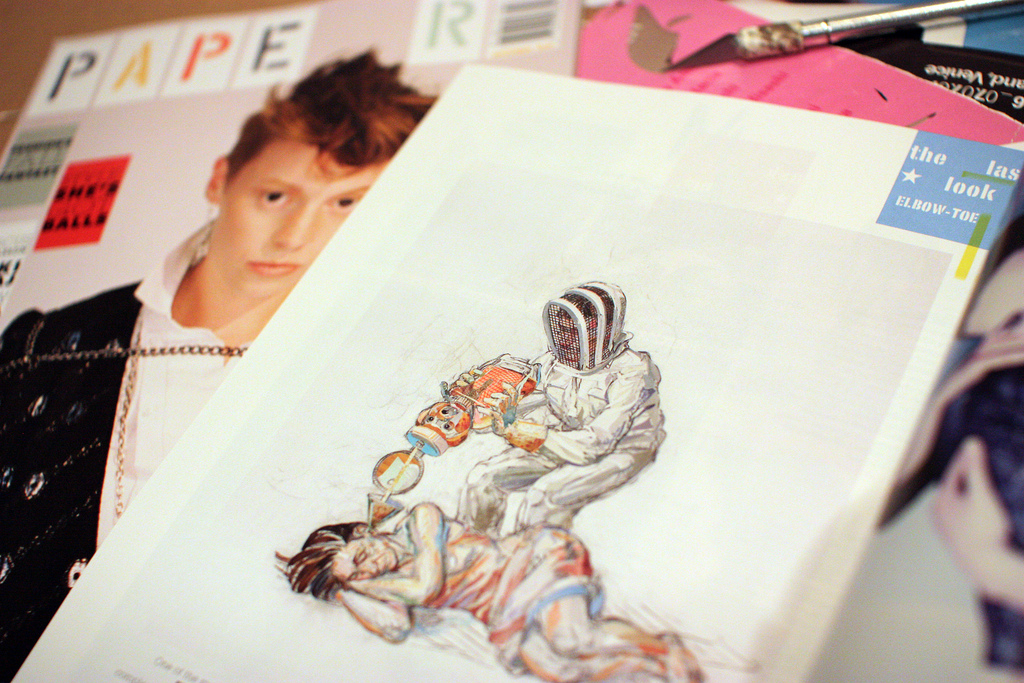 It looks like Elbow-Toe’s (interviewed) work was recently featured in the Fall Fashion issue of Paper Magazine. You’ll be seeing that image, entitled “Sweet Dreams” again as it will be featured in his upcoming show at the Warrington Museum in the UK. The show entitled “Due Date” will be opening in December and will be we think his first major show since the end of 2008 in LA.