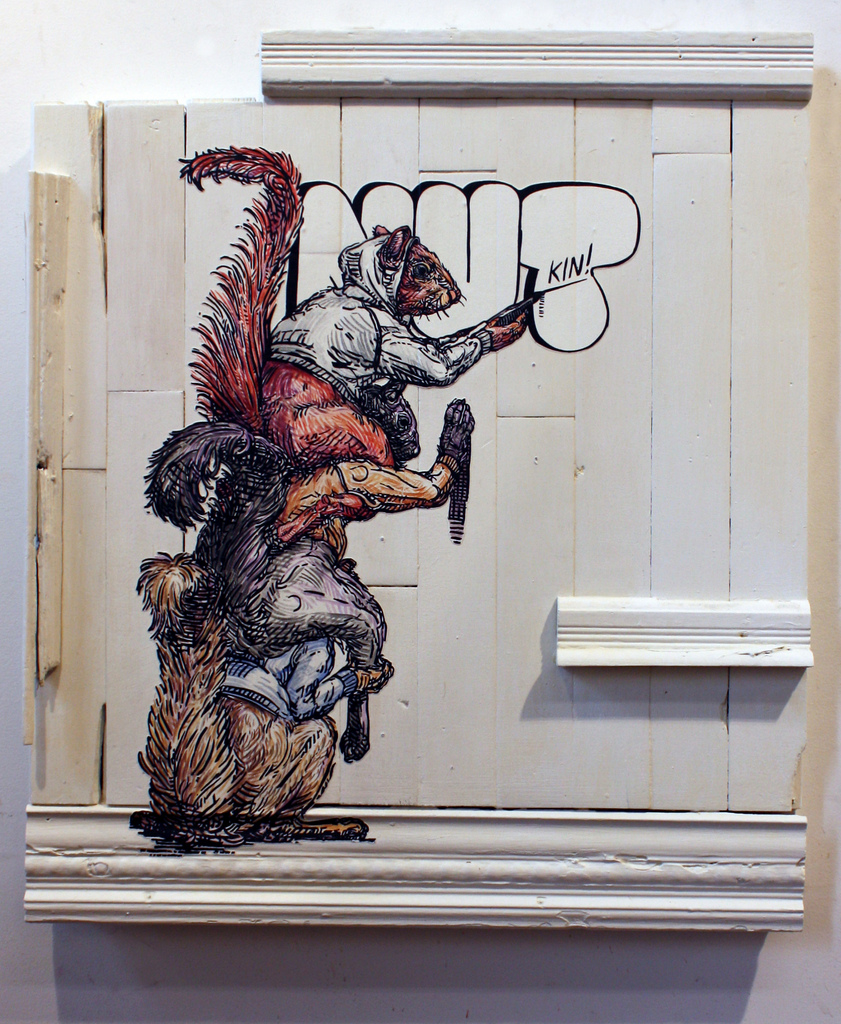 Here’s an early look at two fantastic pieces Brian Adam Douglas aka ELBOW TOE is contributing to the show, hand-colored linocuts mounted on reclaimed lumber. We first fell in love with his works after seeing his solo show in LA, and also throughly enjoyed his part of a 3 person show recently in London. While in the UK, Brian took the opportunity to hit the streets hard and we are glad to see him translate some of that new work into gallery pieces.Â  Take a look at the full list of artists as well as the other piece from ELBOW-TOE after the jump… 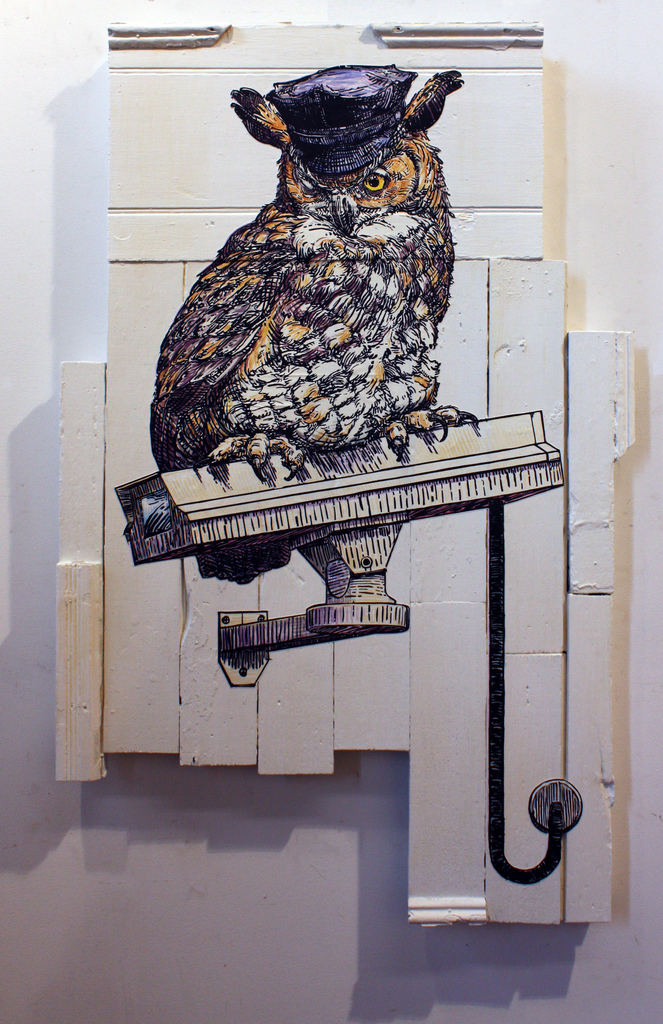