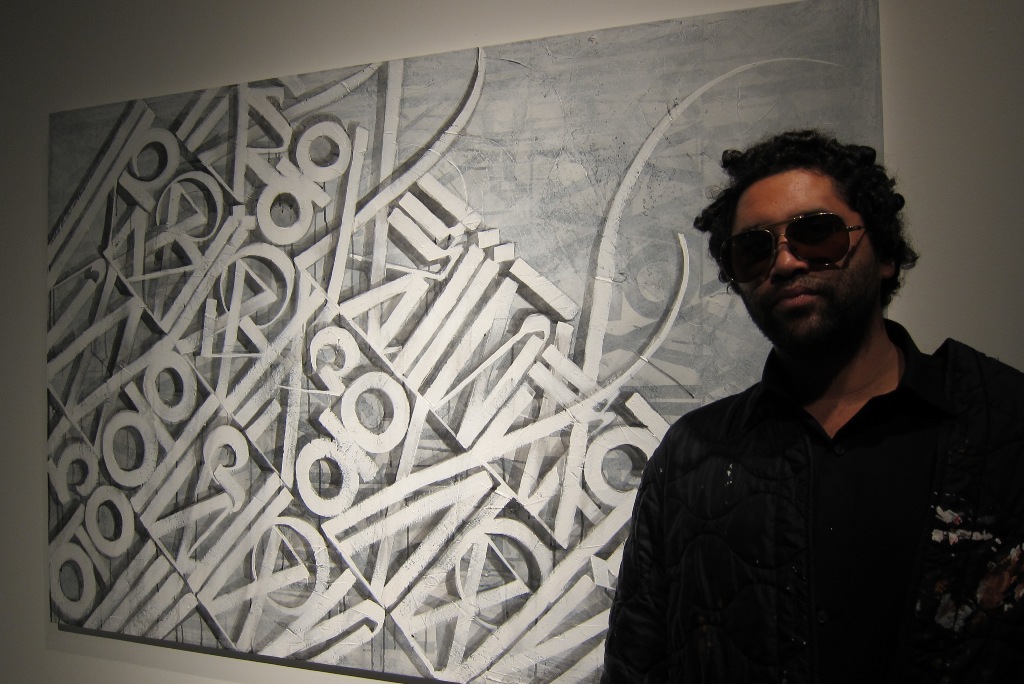 Last night, before heading out to the requisite evening parties at Art Basel, we stopped by Primary Projects to check out the street calligraphic stylings of Retna (featured). His signature script in different manifestations infused the space with the West Coast aesthetic including the walls, floors, and doors reminiscent of his immersive show at Riviera and Riviera in August (covered). The impressive new body of work included large pieces on panels, found objects, and overwritten photographs.

Fellow fans and notables in the street scene like Martha Cooper, REVOK, Ron English, Marsea Goldberg, Eric Haze, Aiko, and more were on hand to show their support for the famously AWR MSK affiliated artist.  Many more photos after the jump… 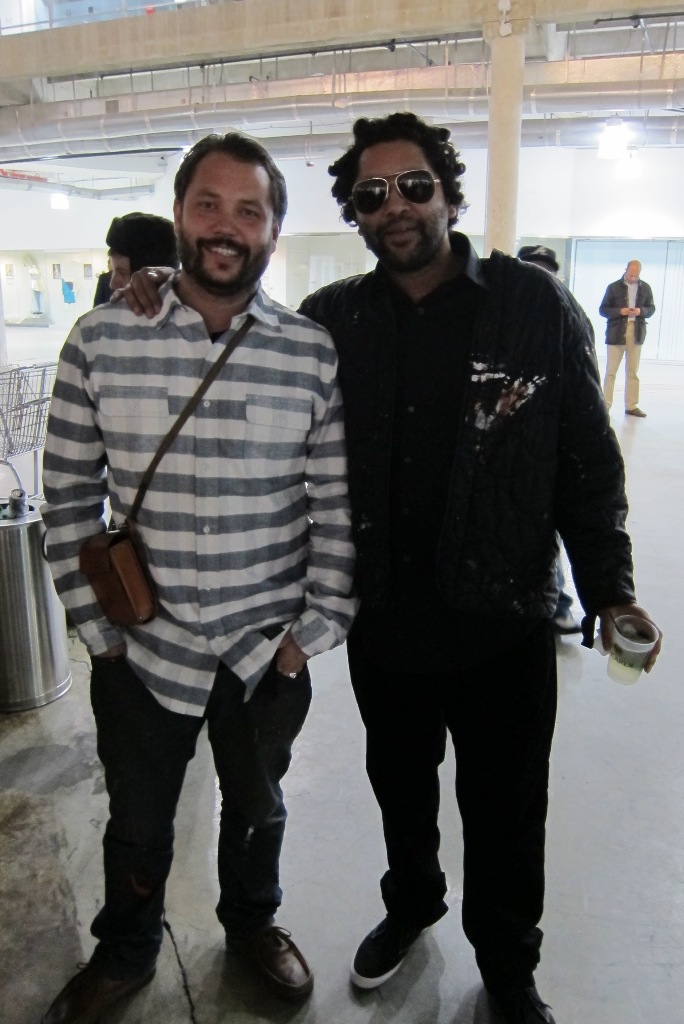 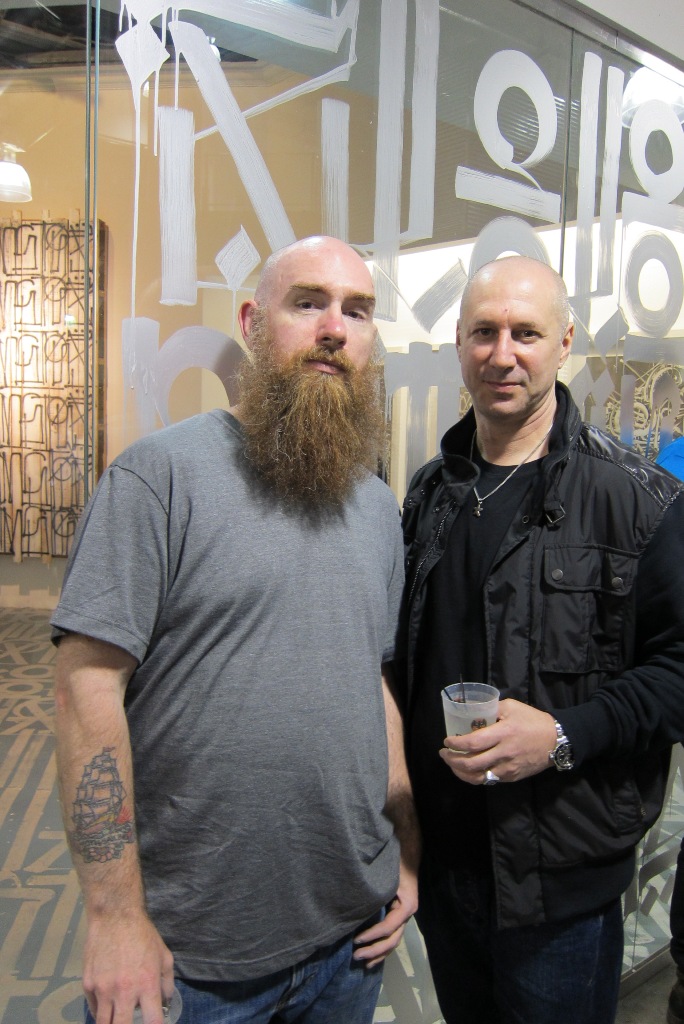 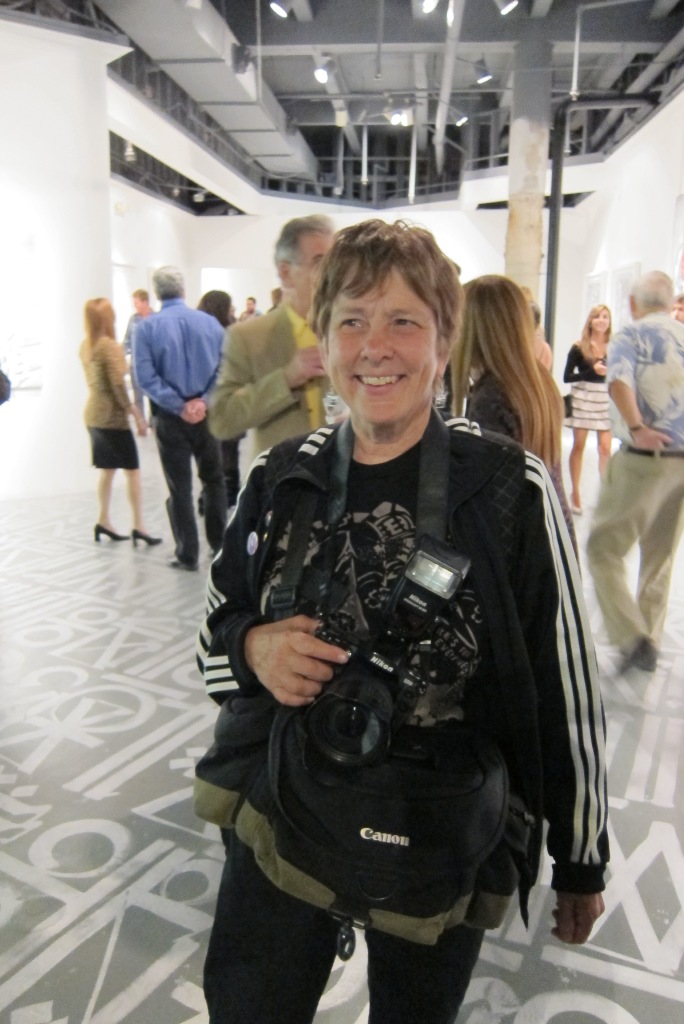 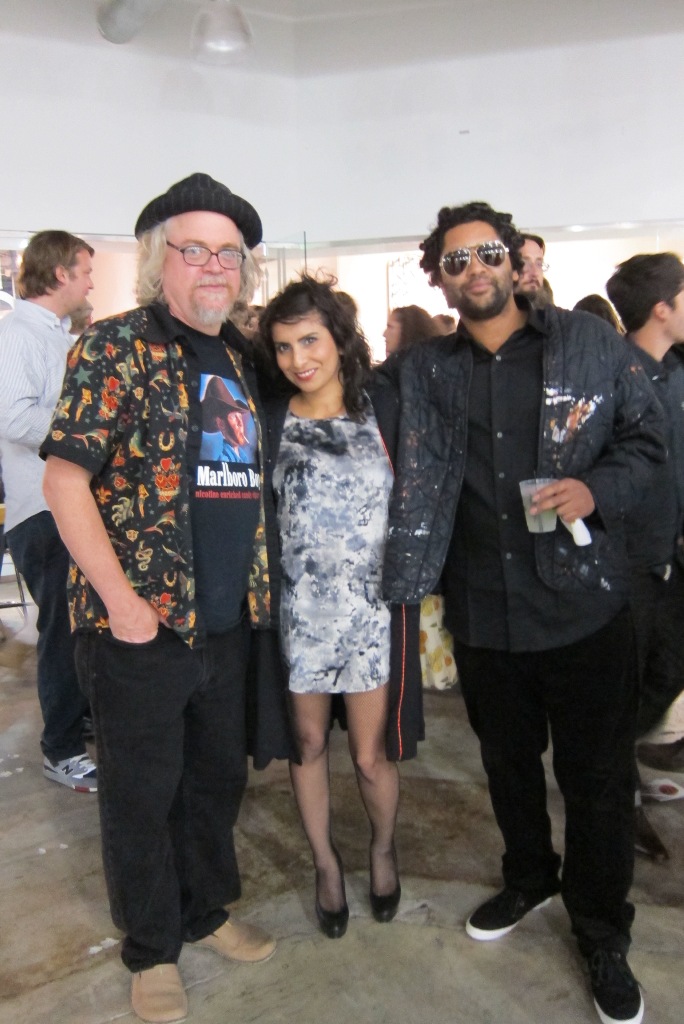 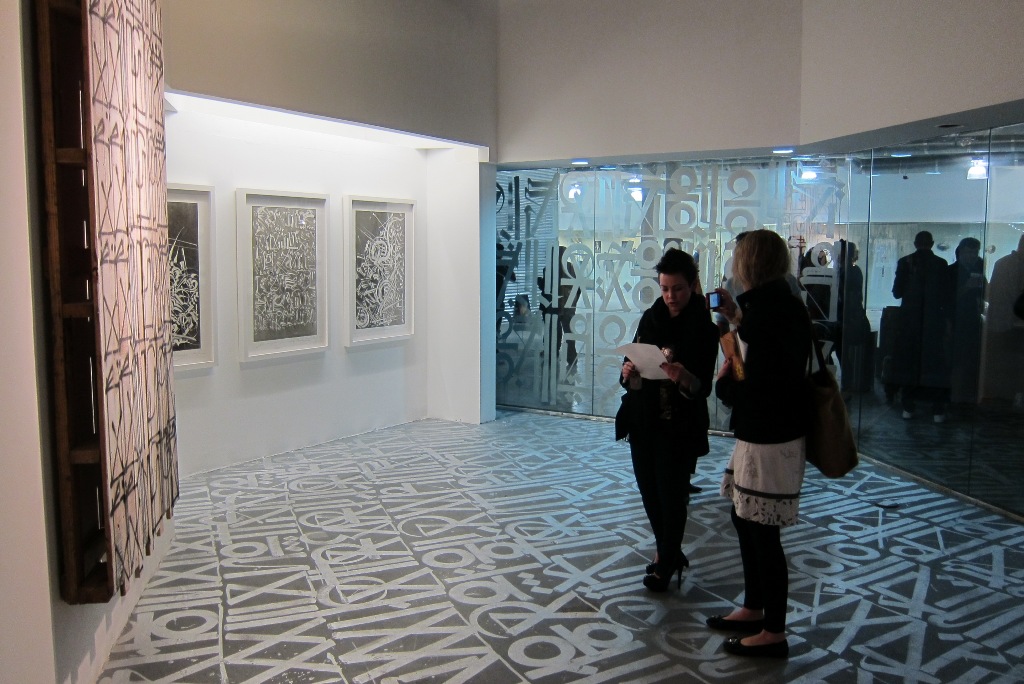 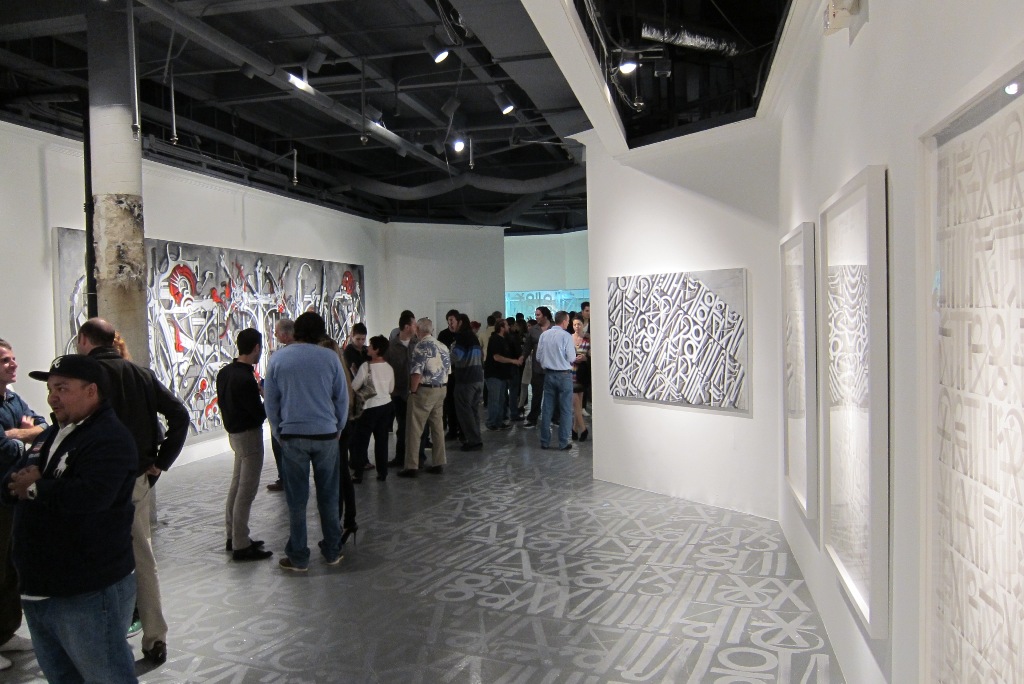 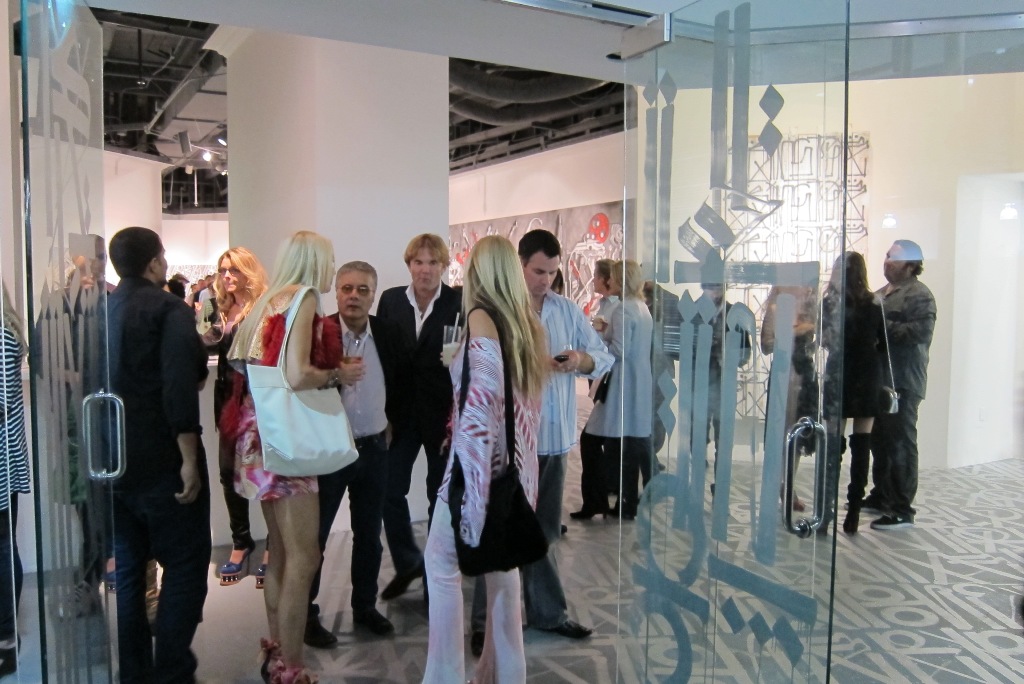 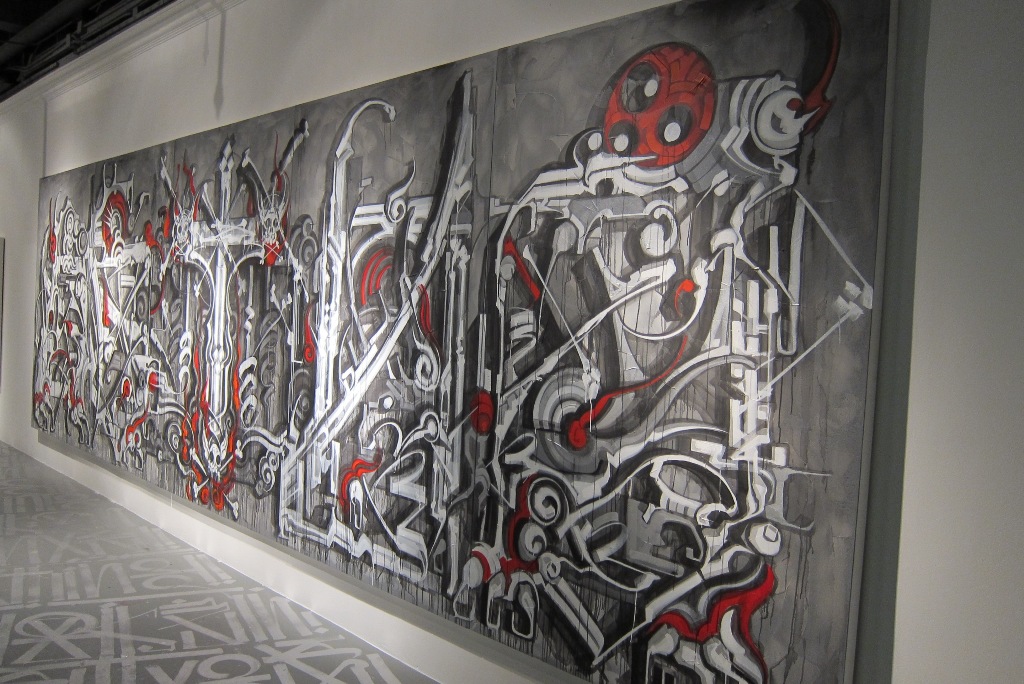