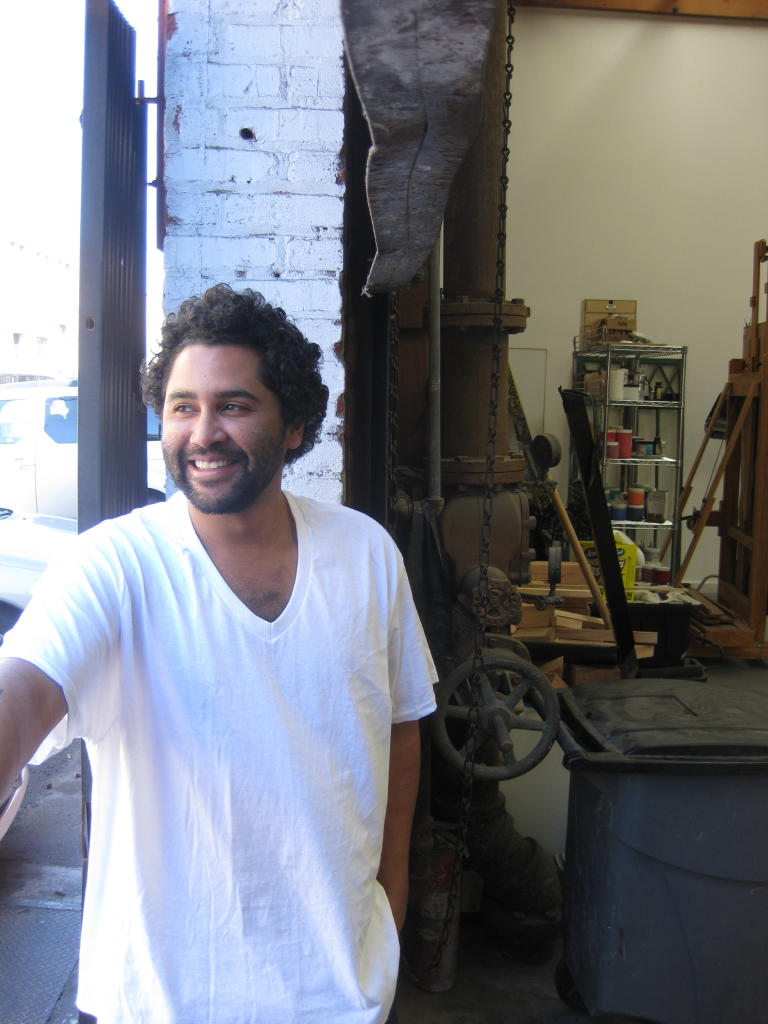 AM rarely experiences the sensation of studio envy, but the pang certainly hit us upon arriving at Retna‘s abode and work space. It was pretty much a “Holy Guacamole!” moment. And we don’t even like Robin. The studio in the Arts District of Downtown Los Angeles apparently measures some 3,500 square feet. We immediately knew it would be perfect for the AM team training sessions in preparation for the international synchronised hula hooping championships. Unfortunately, Retna wasn’t very keen on the idea of subletting to us, though he did offer ice-cold lemonade by way of consolation.

During the visit, we were given free rein to examine different pieces the artist had been working on, including collaborations on massive canvases with El Mac. We were also shown a number of older works either hanging on the walls or placed in storage units. At one stage, Retna pointed to the elevated platform — about nine feet high — where his sleeping quarters were located. He then mentioned having recently fallen off the edge while in a state of intoxication, and that he was still suffering from a sore shoulder and back as a result. We suggested the wisest course of action would be a quick check-up at the chiropractor. Although this advice was acknowledged, somehow we didn’t get the impression it would be followed.

Those in Miami next month should check out Retna’s solo exhibition Silver Lining in the Design Destrict, which opens on December 2nd at the Primary Projects space run by the team at Primary Flight. See more photos of our studio visit after the jump. 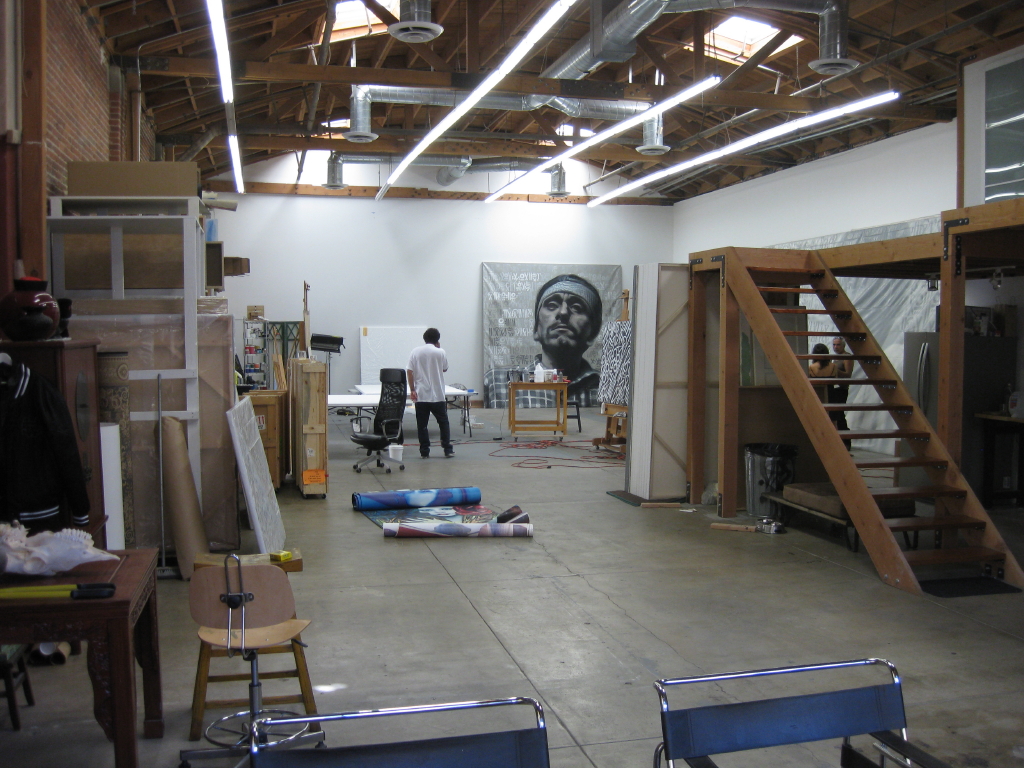 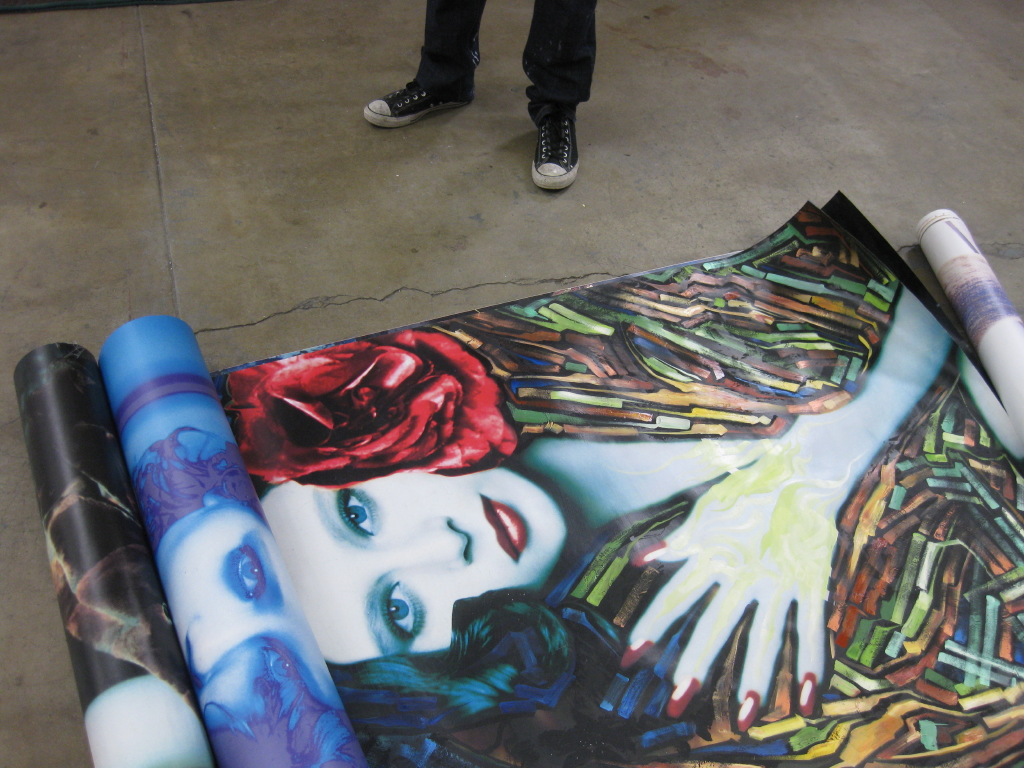 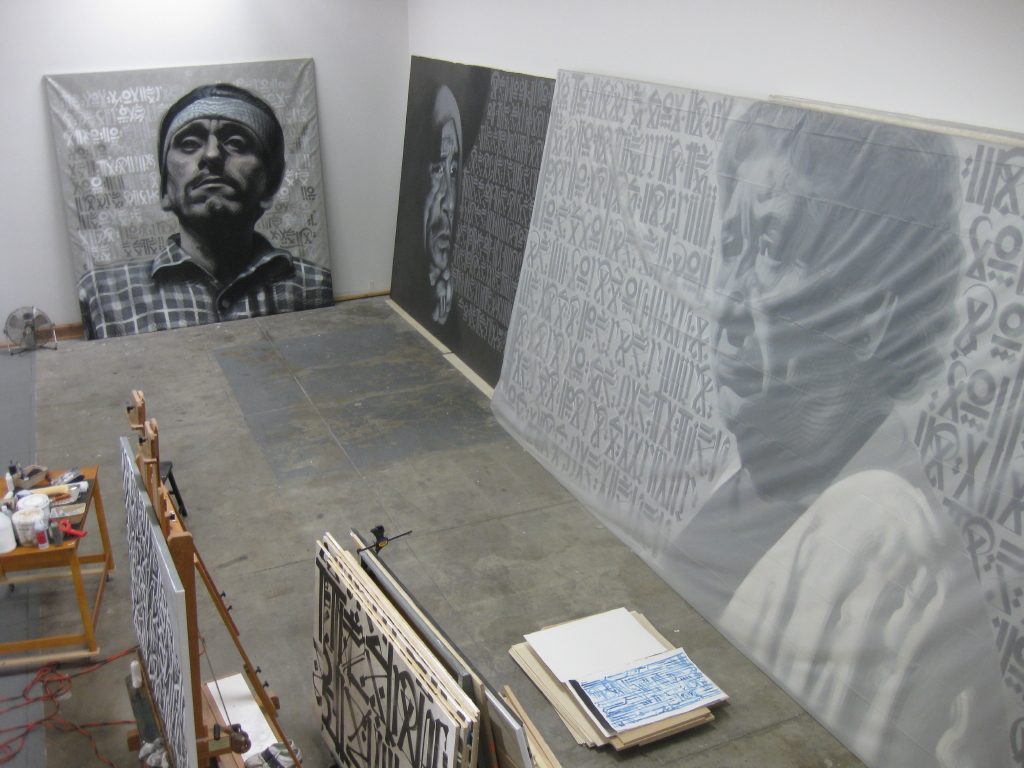 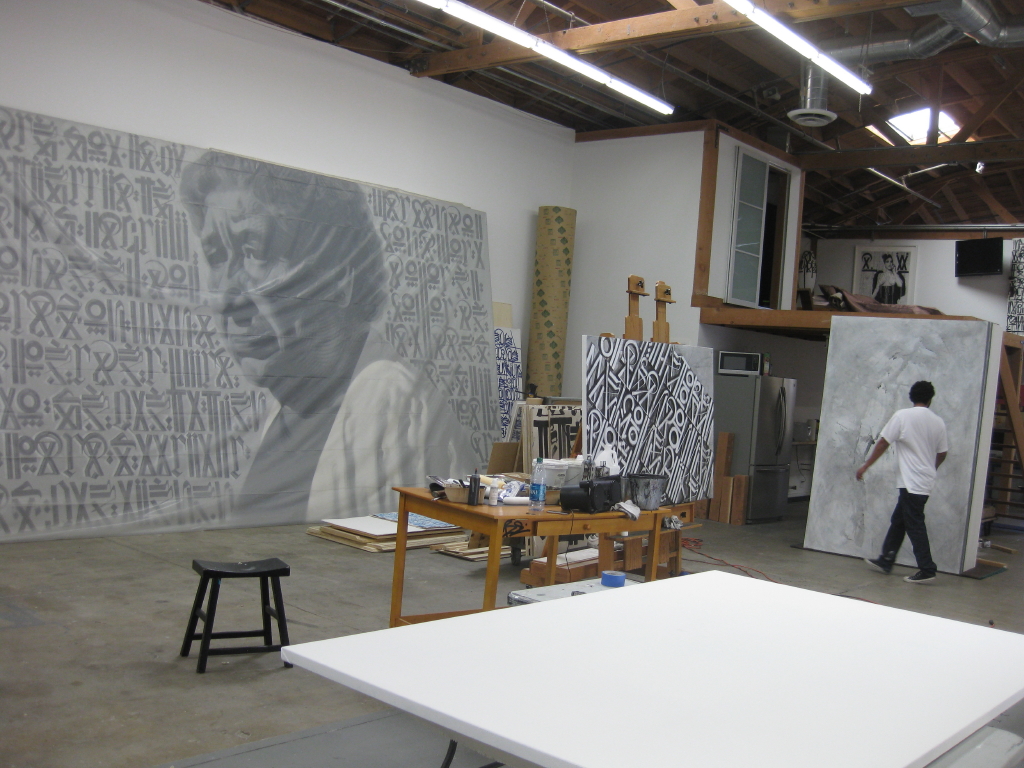 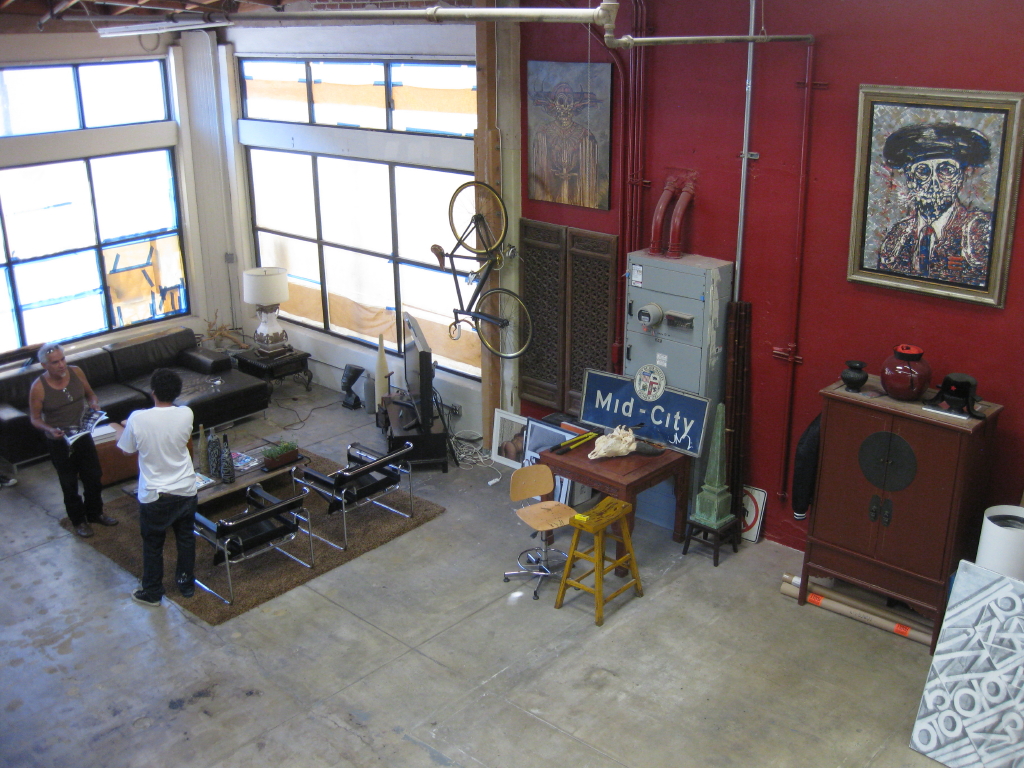 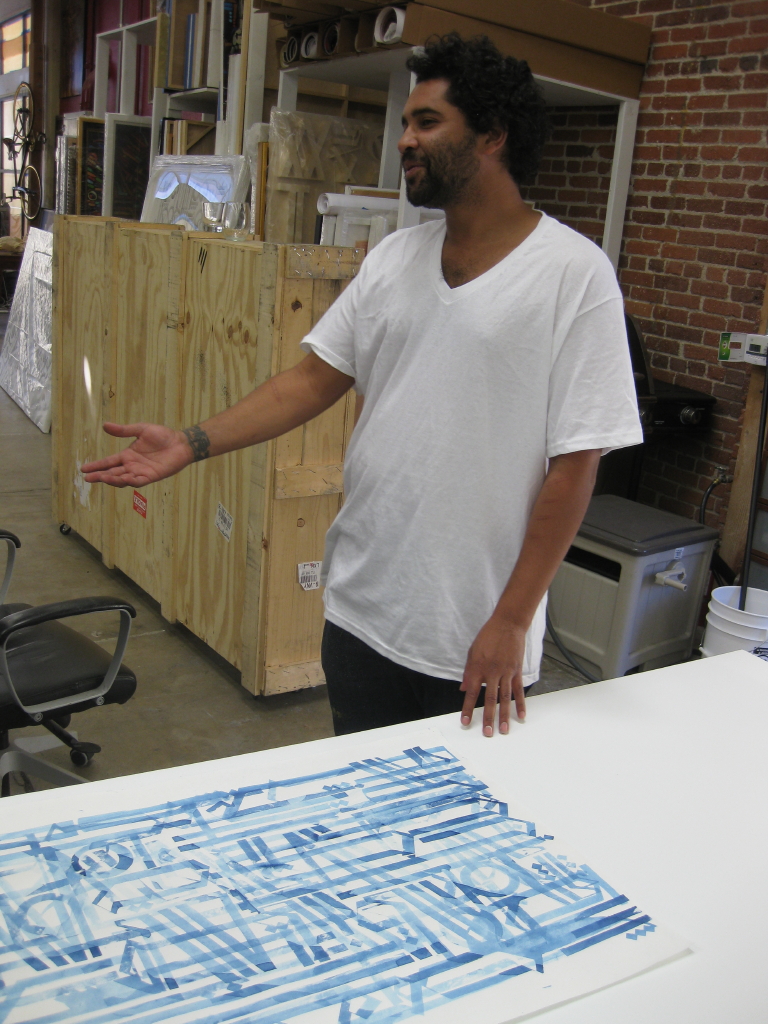 “Go to the chiropractor and have your back checked!”

‘Got Paint 1’ monoprint on the left

‘Old Guard’ acrylic on canvas hanging on the right