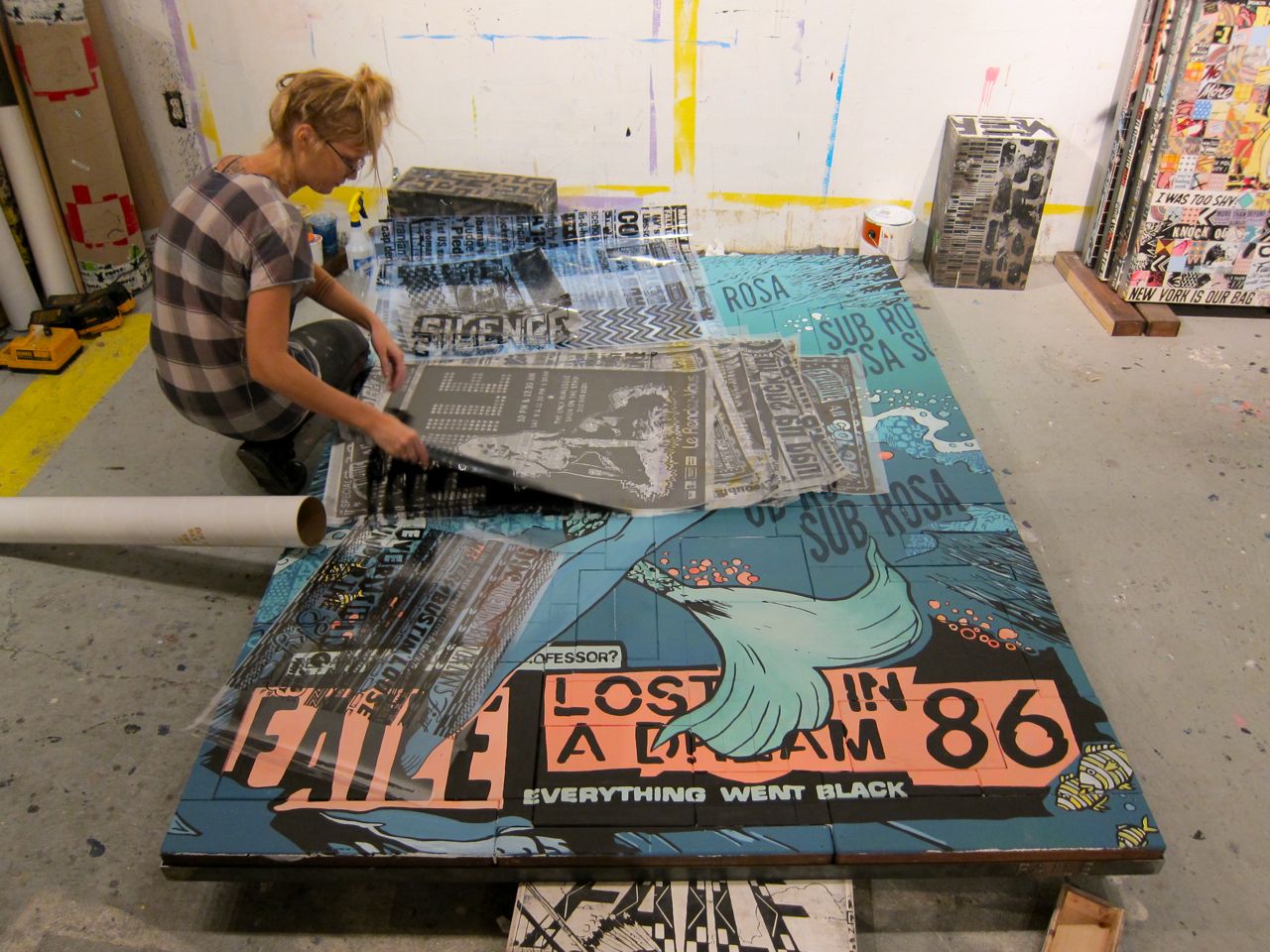 2010 looked to be a light year for the Brooklyn collective known as Faile (featured). Initially it was just a simple show at a “little gallery” known as Gagosian. Then in Feburary, a hand crafted arcade experience popped up in London. By Spring they created a new arcade show in NYC. Summer brought them to PortugalArte ‘10 where they installed an iconic “temple” in vintage Faile fashion. Between all that, they somehow found time to put together a book and hold a popup shop in the LES! So take a moment and consider that 2010 isn’t over yet…

Next week, Faile will cap the year off with a solo exhibition in their home-base of New York City. As teased, the homecoming show “Bedtime Stories” at Perry Rubenstein Gallery will bring the lumber in many ways. AM was invited over to their Brooklyn studio to catch up with the collective and give our readers an insider’s look into the workshop where the magic happens.

The first part of the studio visit will give you a behind-the-scene’s glimpse at their Williamsburg laboratory and also a first look at the fundamental elements that they put together to create the works that will be exhibited next week. These hand crafted wood blocks are the “amino acids” that combine to form the beautifully unique and multi-faceted “block paintings” that you will see in the second part of our studio visit next week. Also, take a look at another great micro-site from the duo that gives you sneak of the show here. 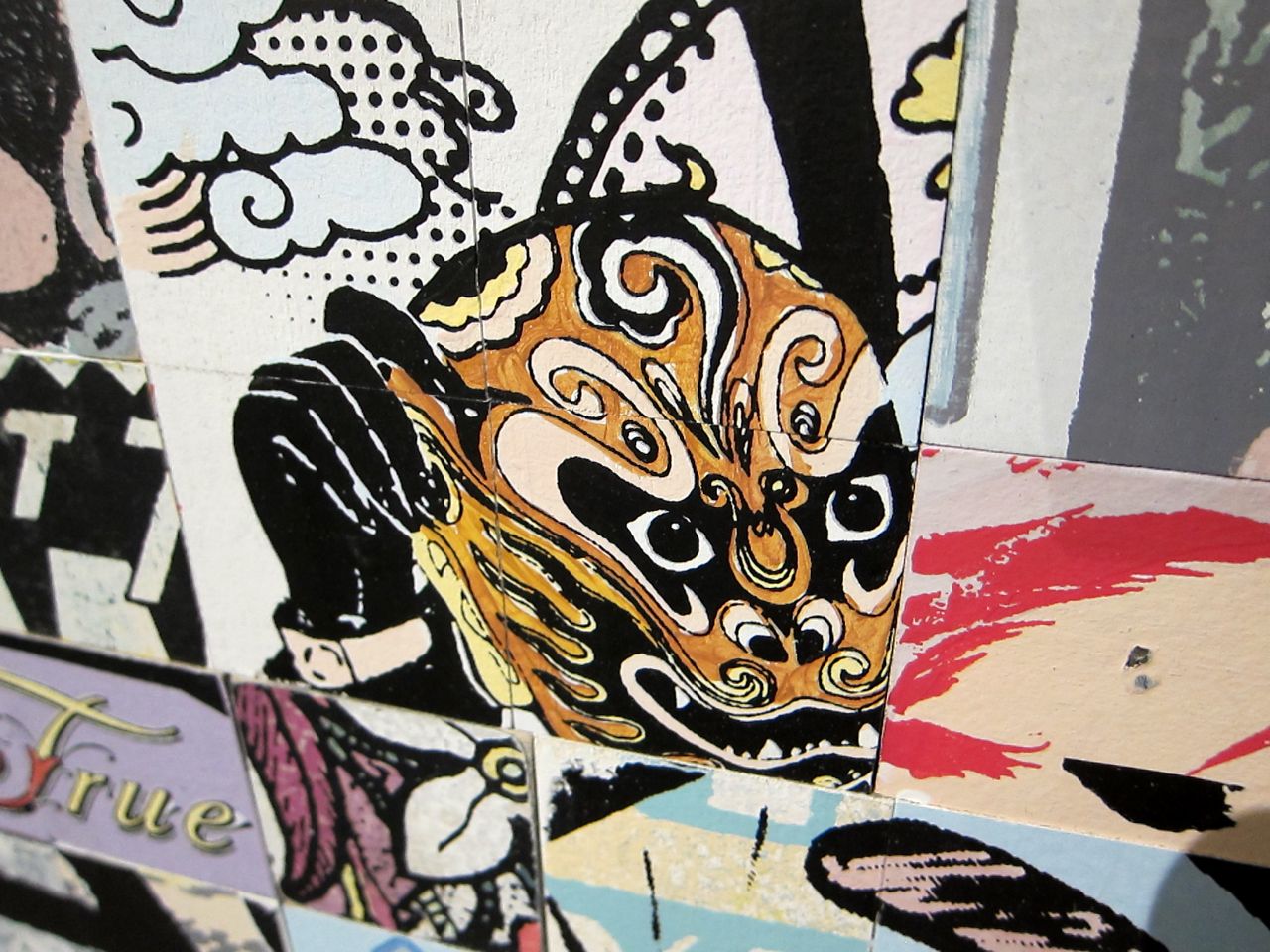 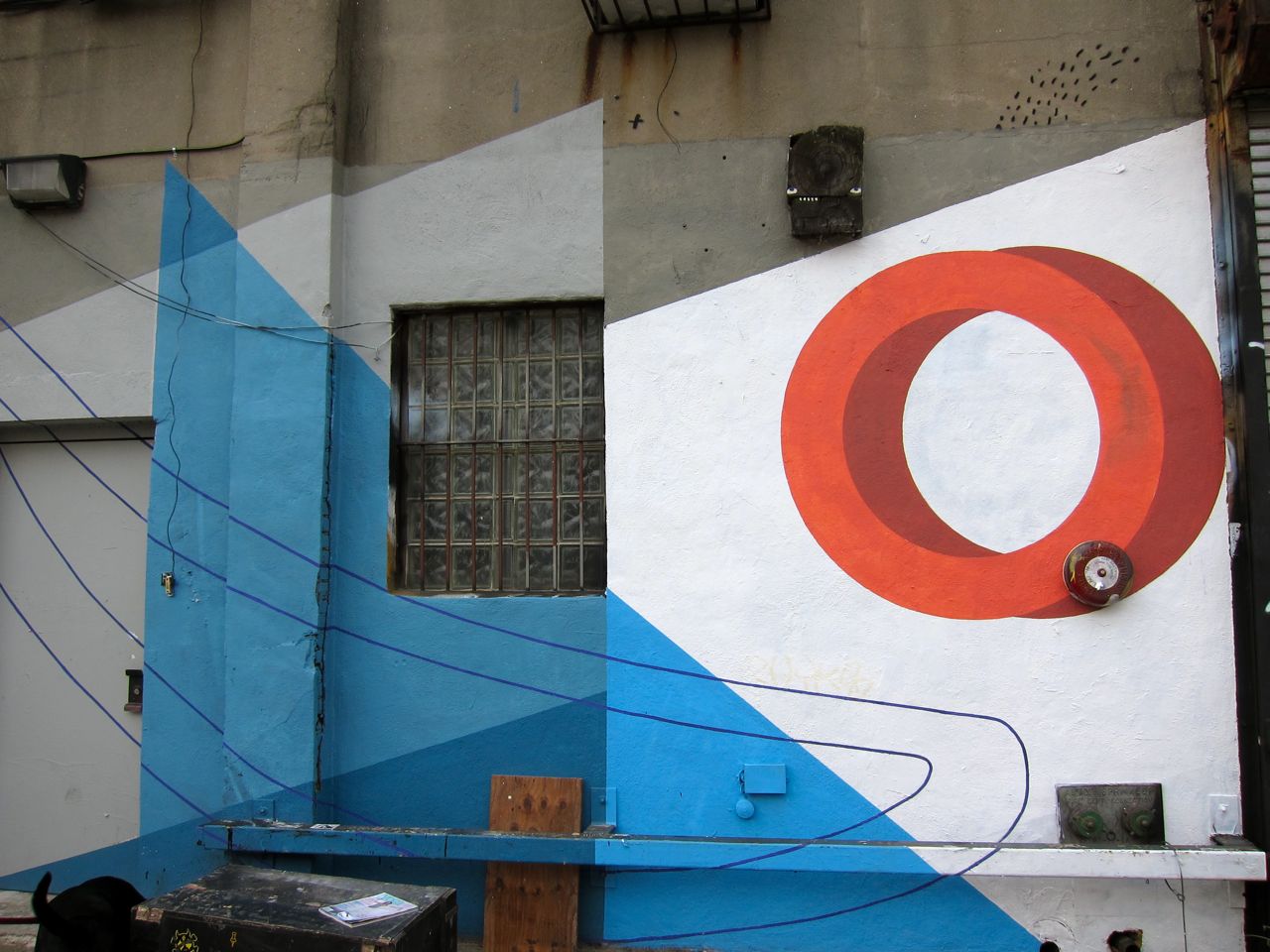 Momo decorated the front of the studio. 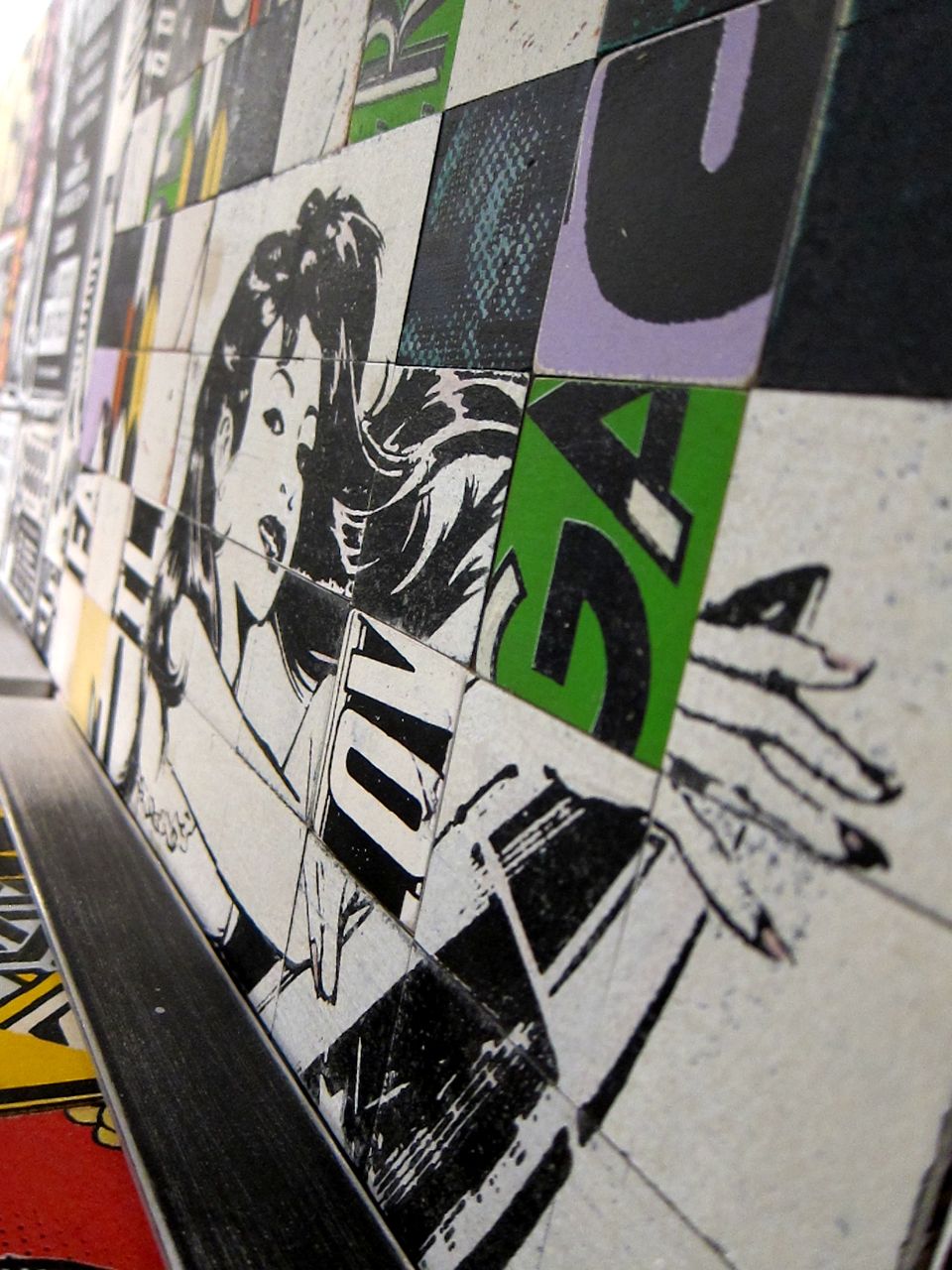 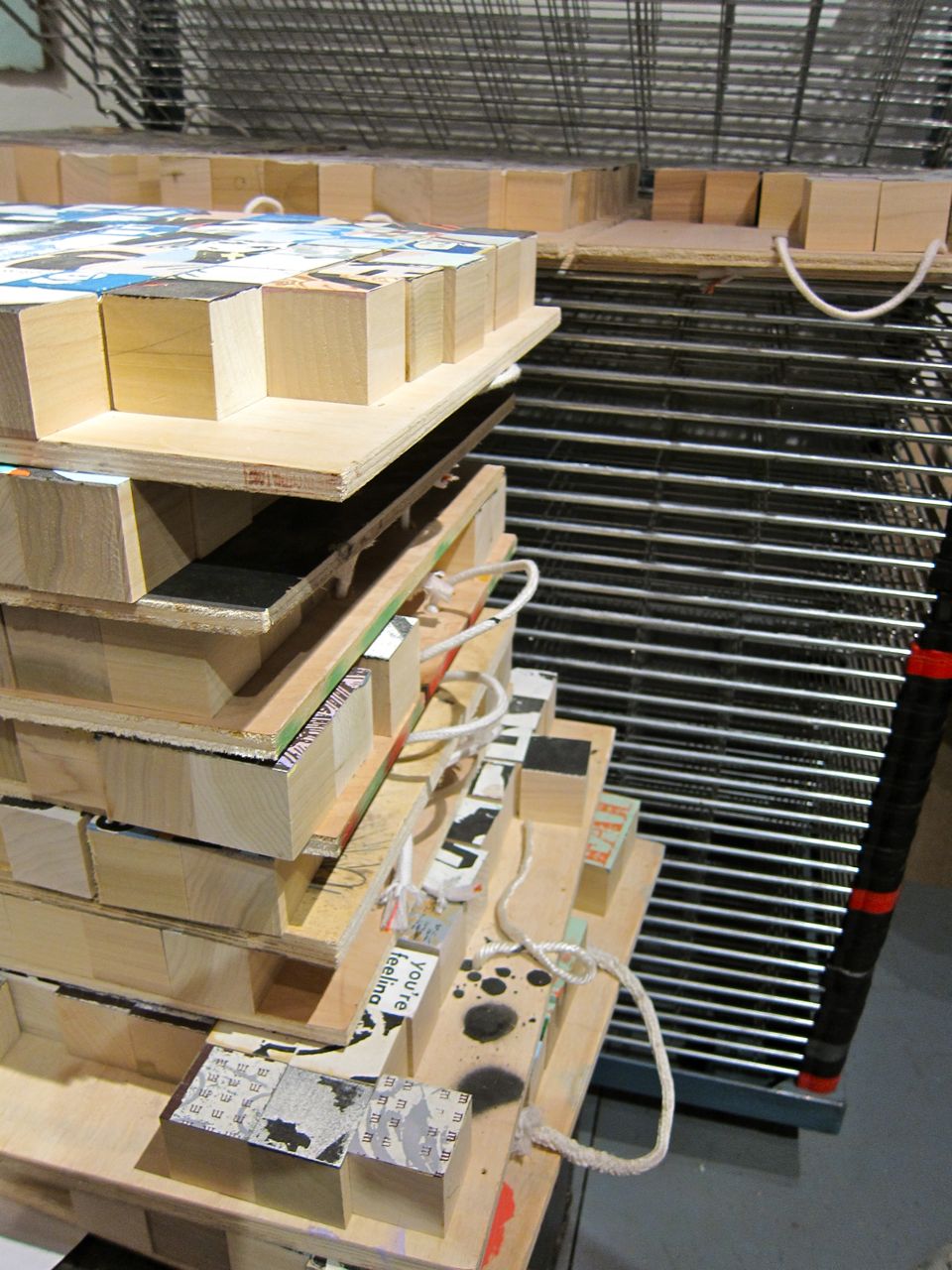 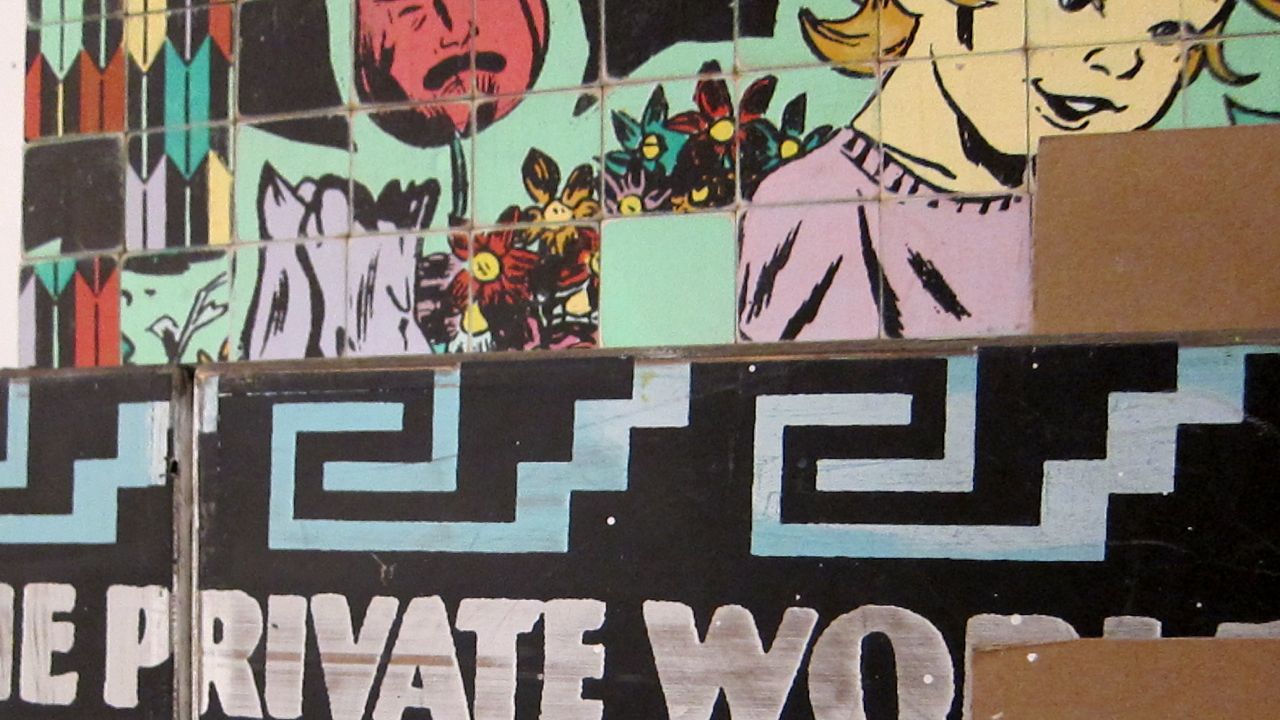 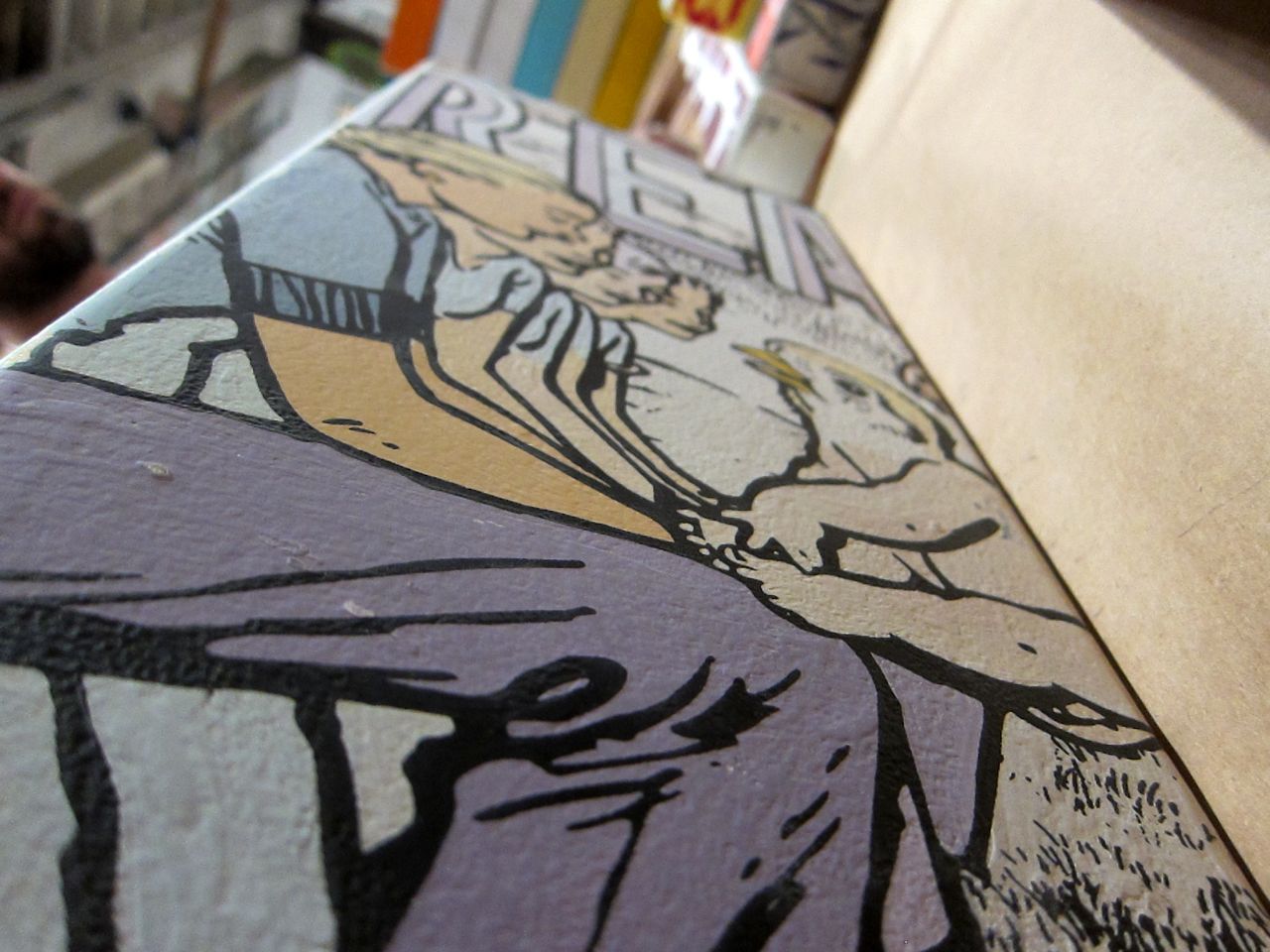 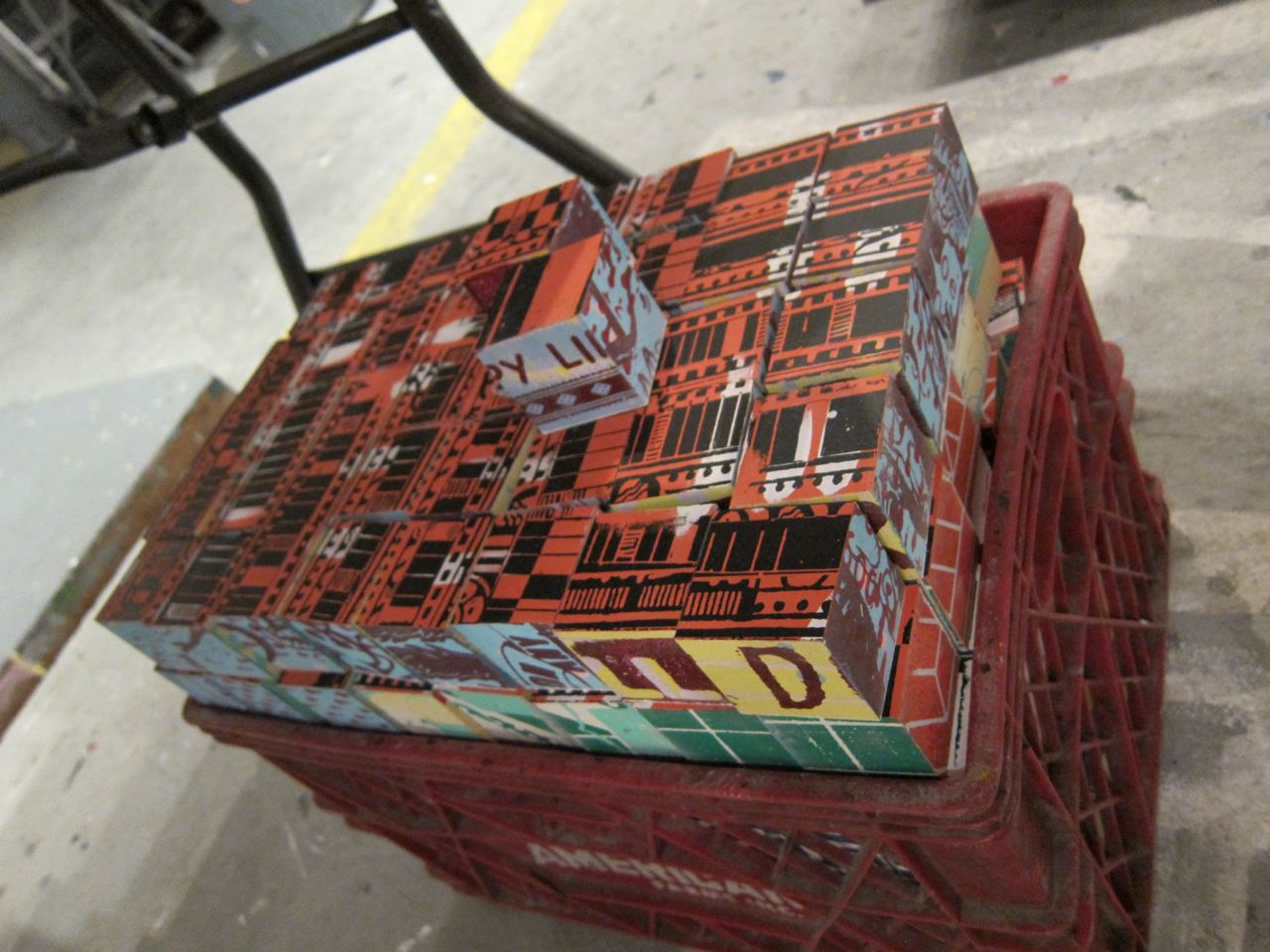 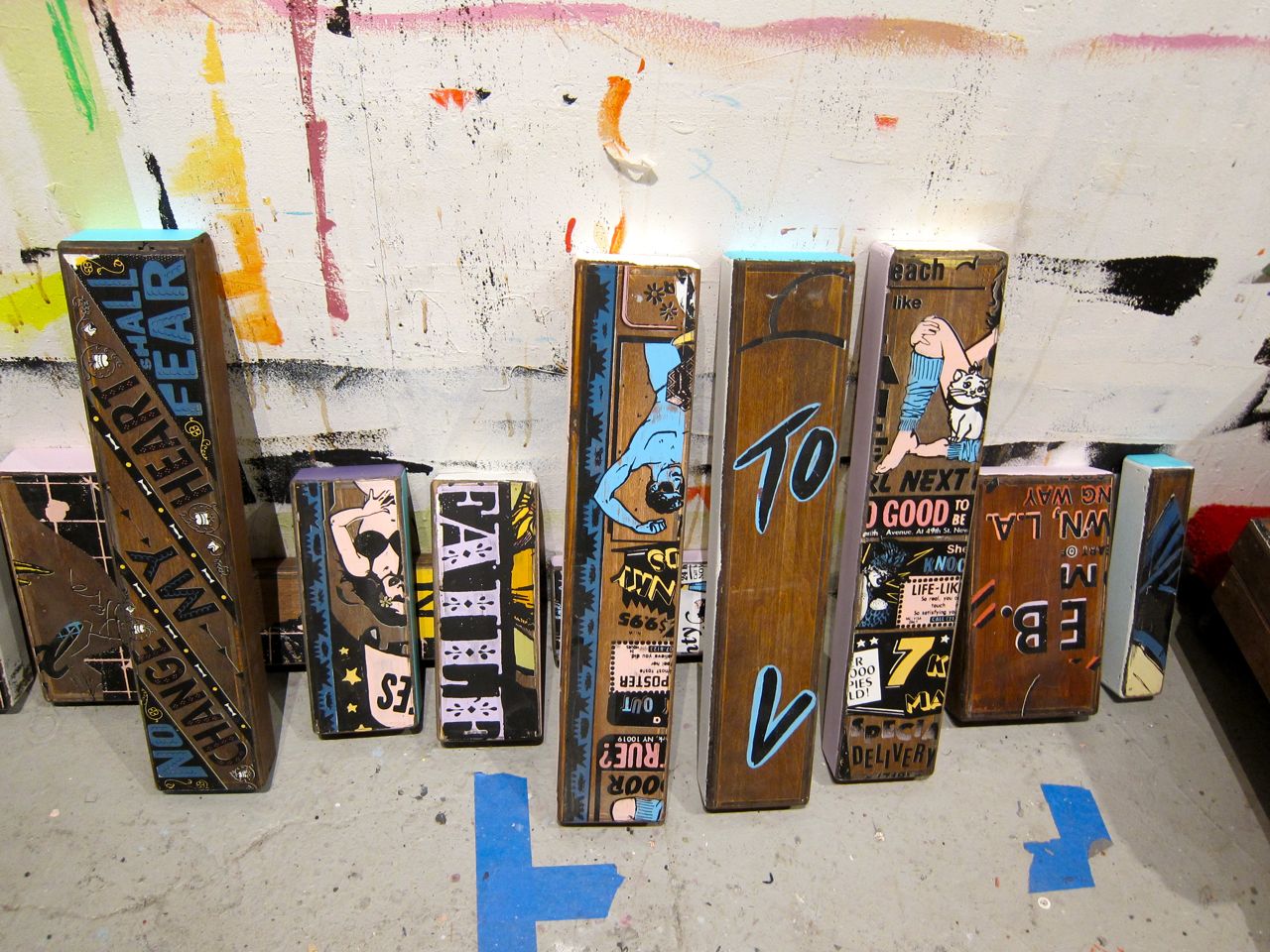 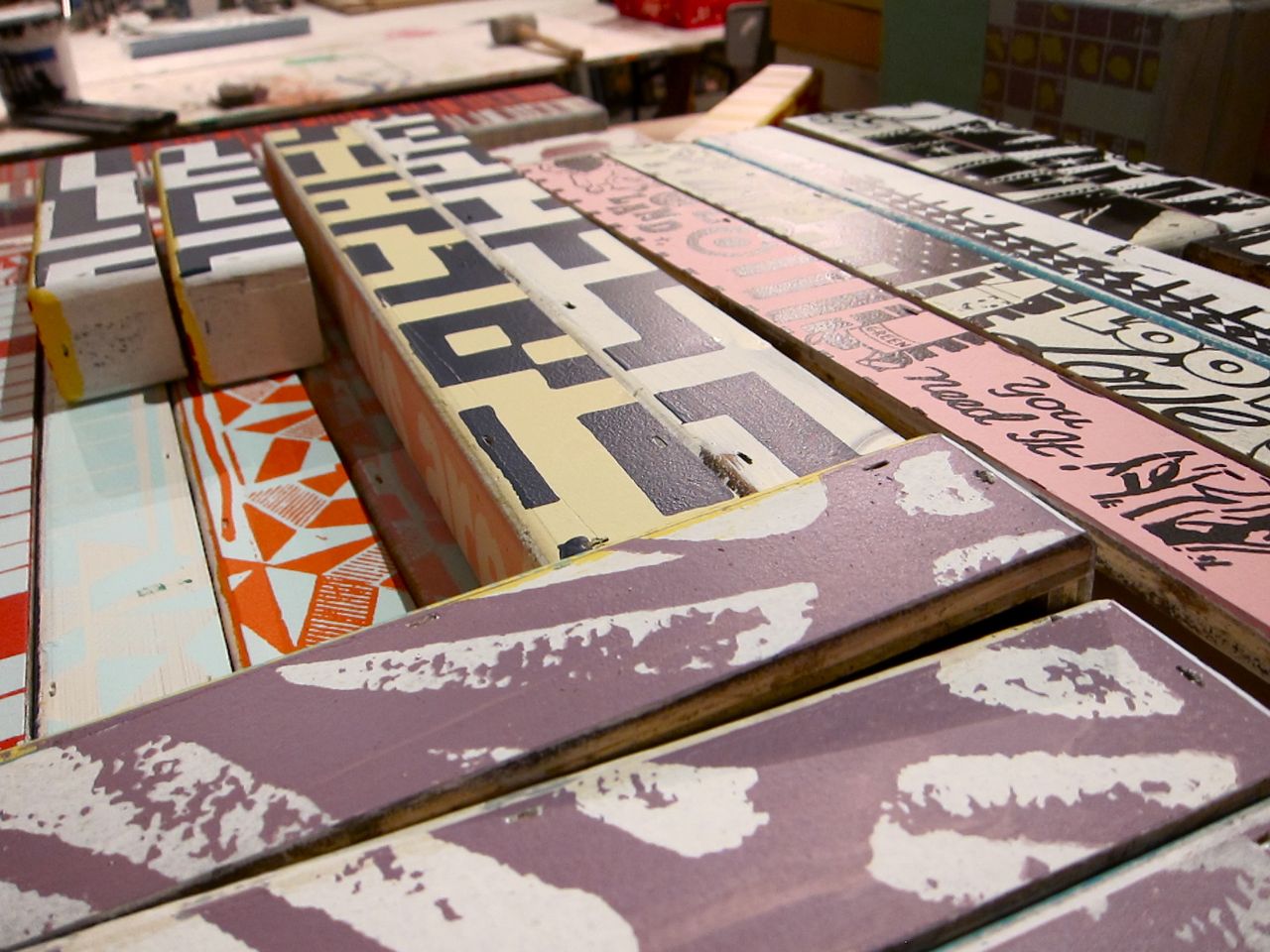 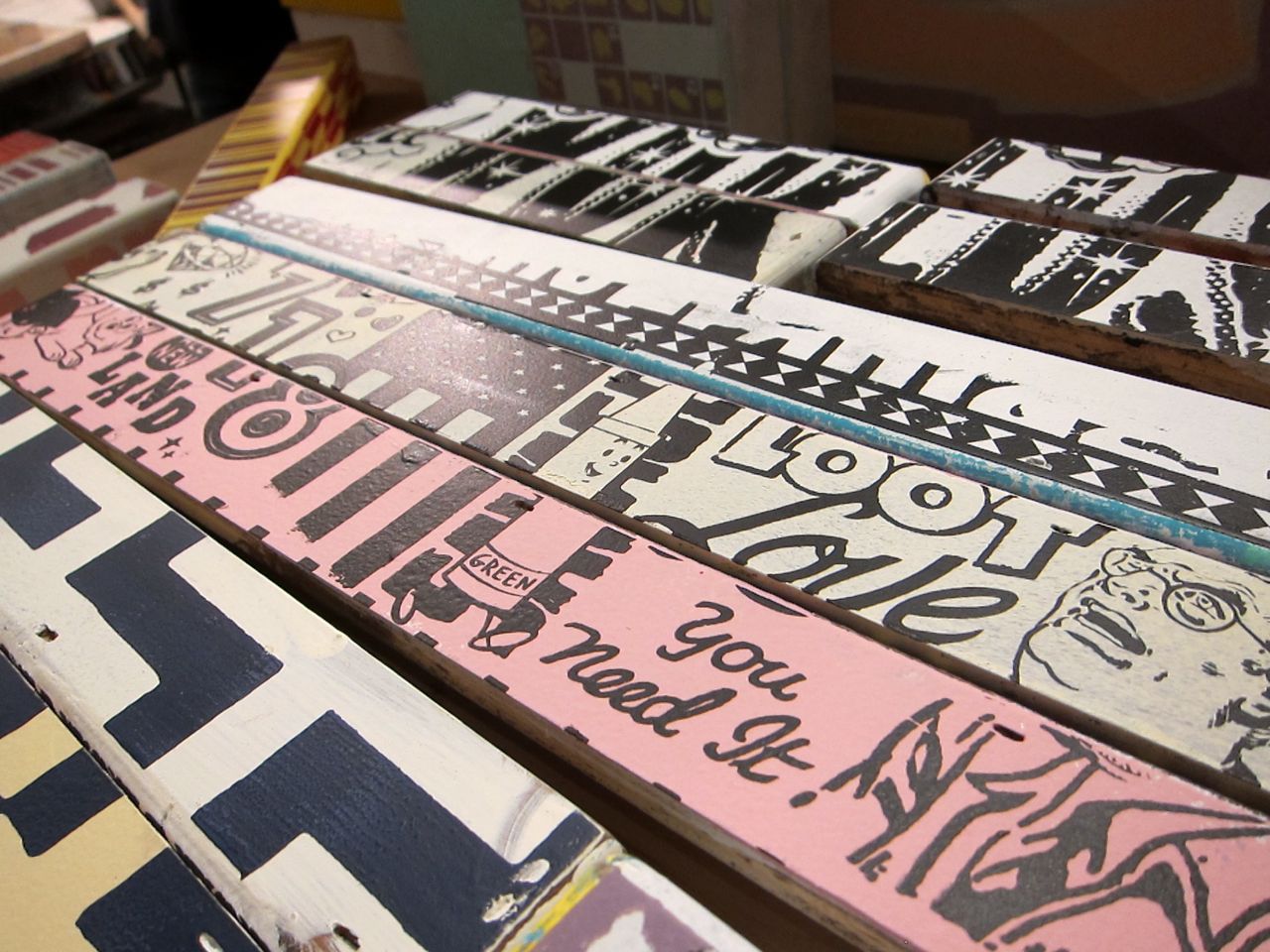 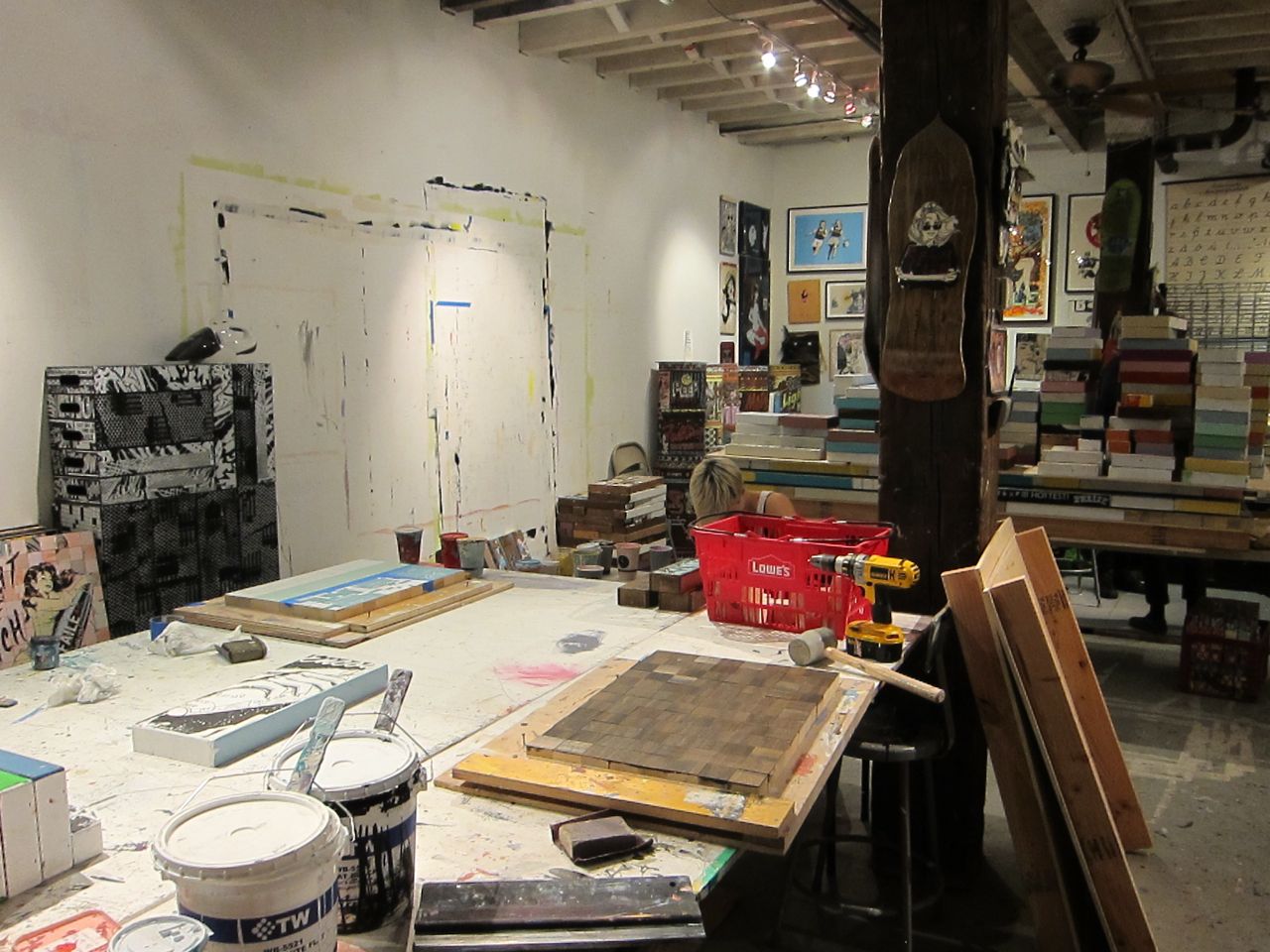 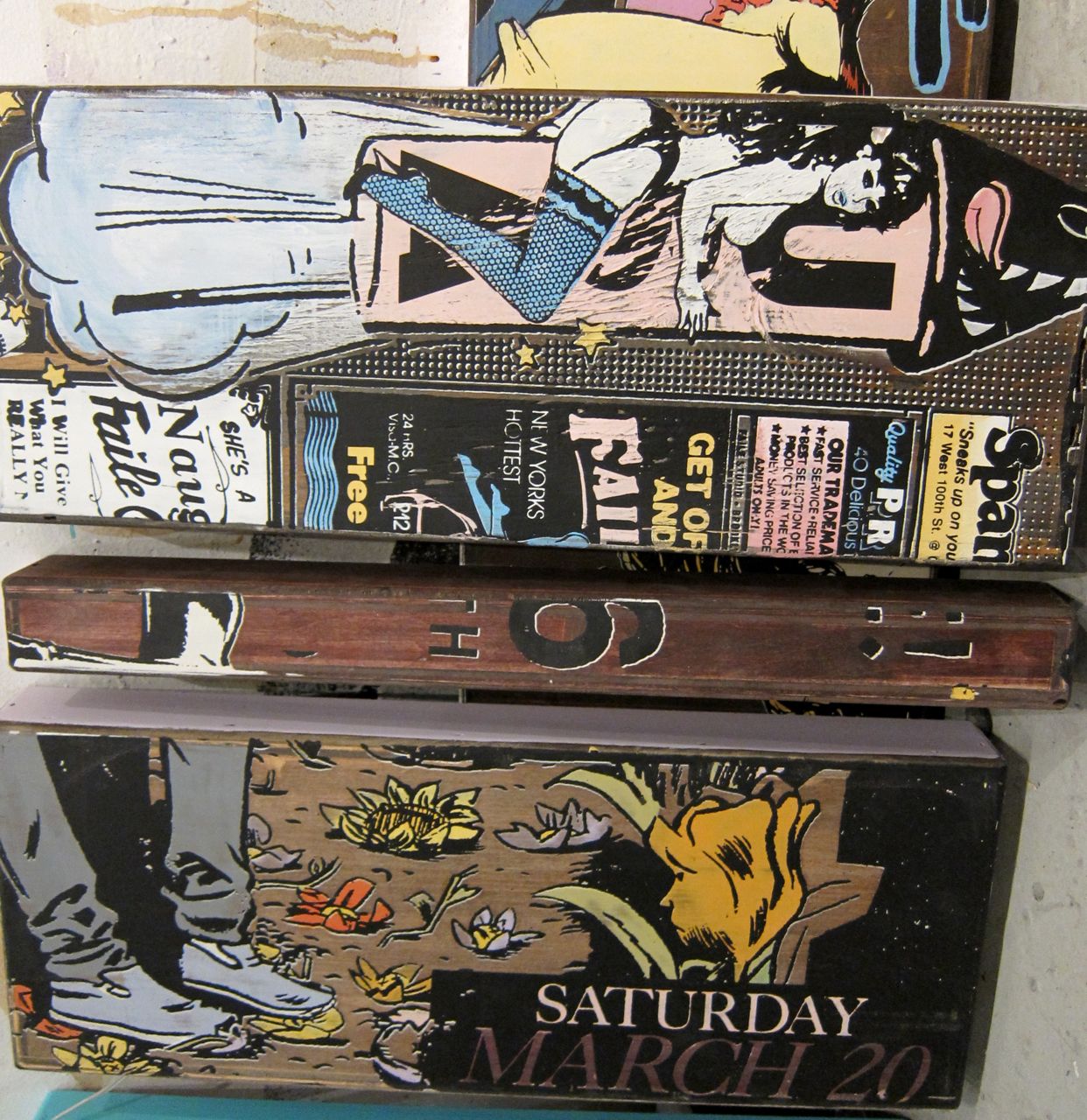 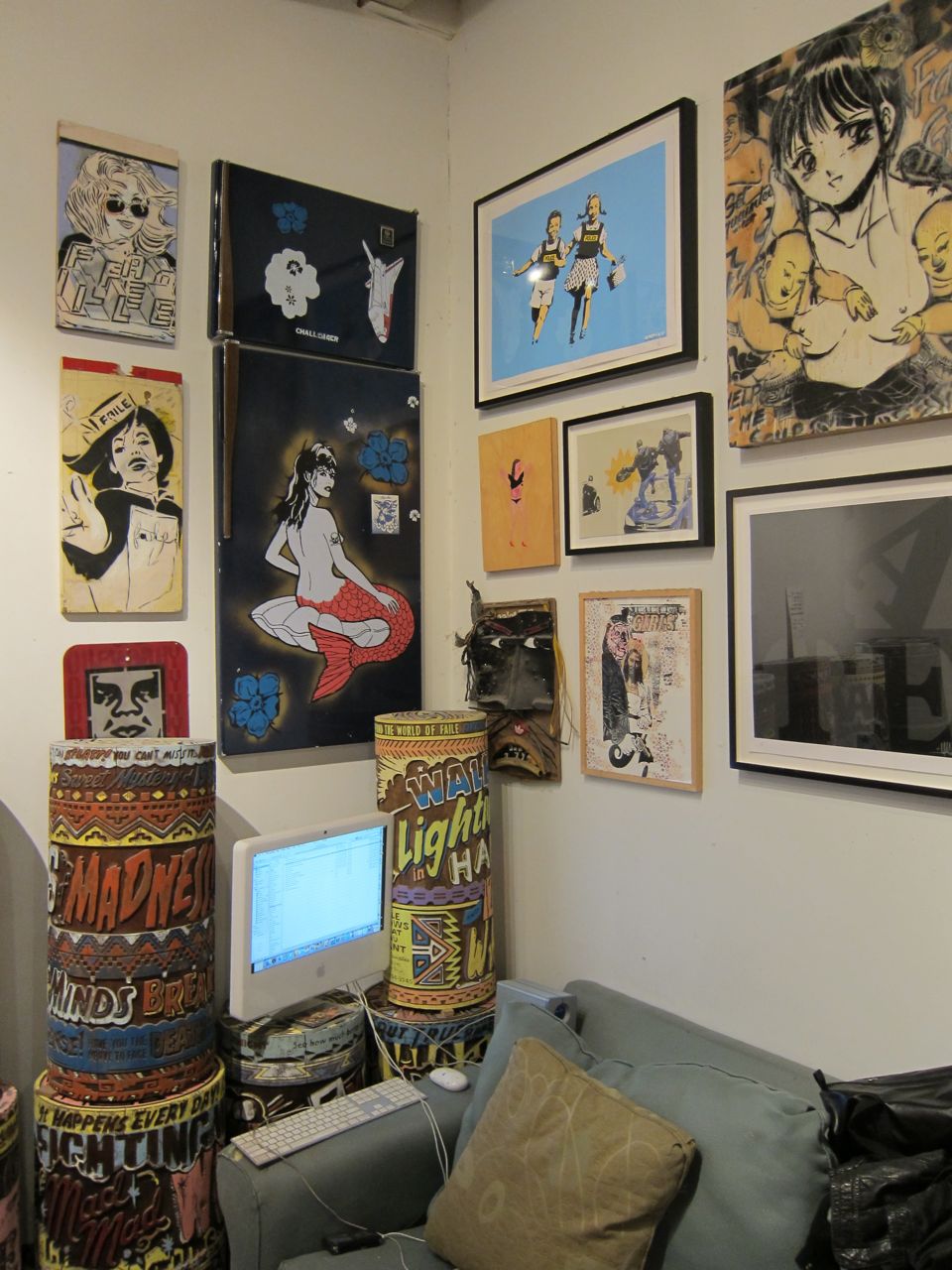 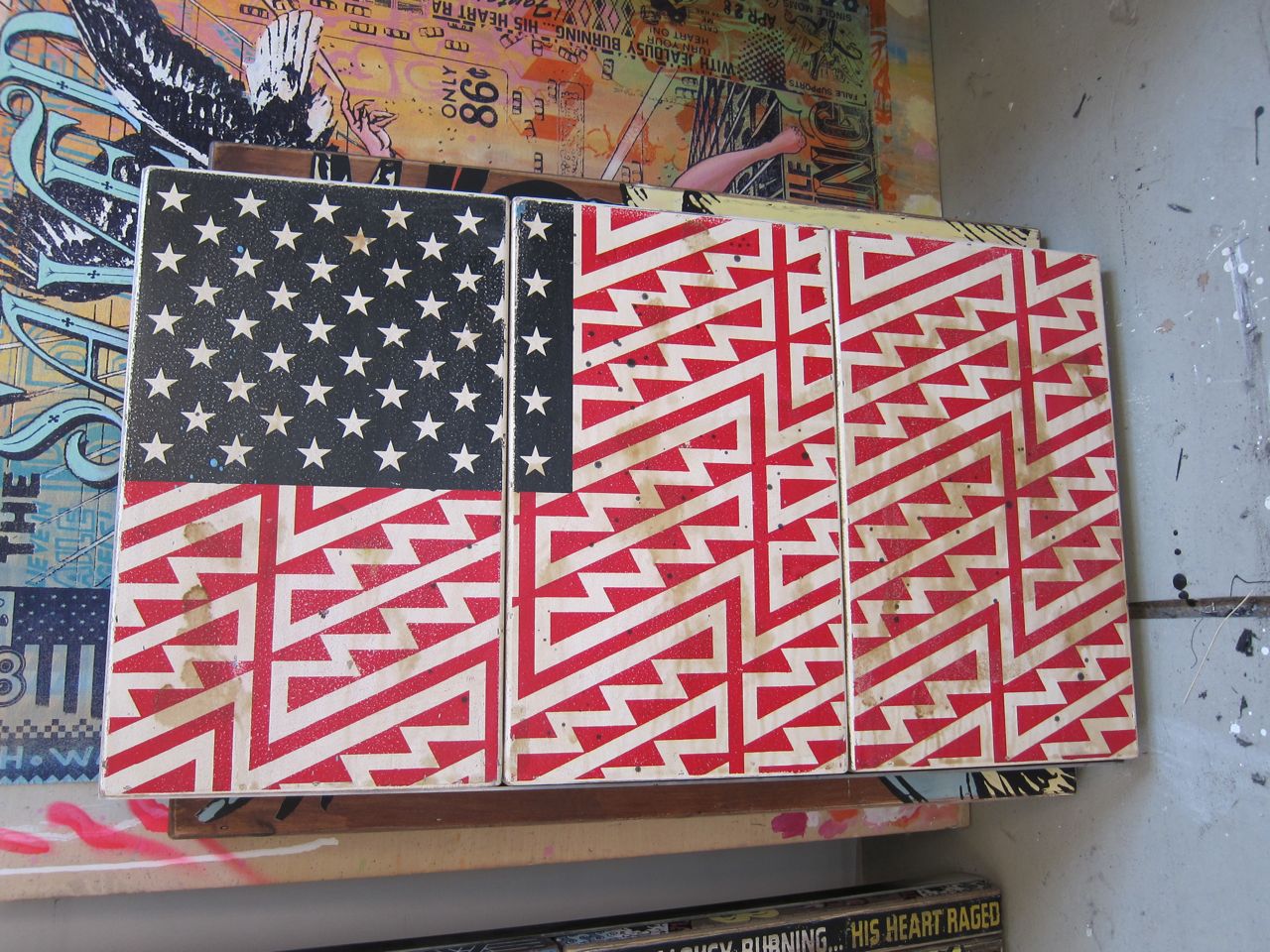 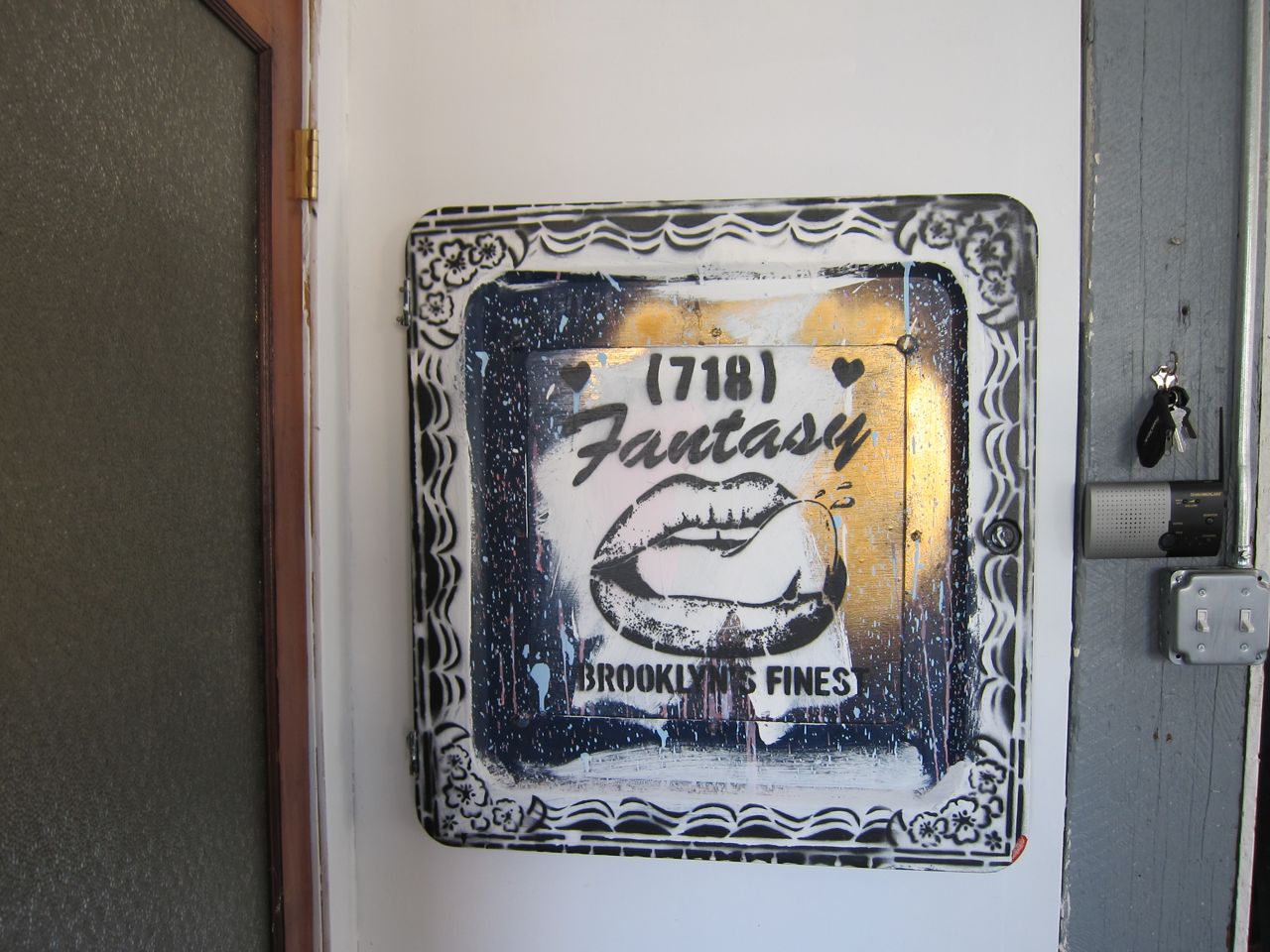 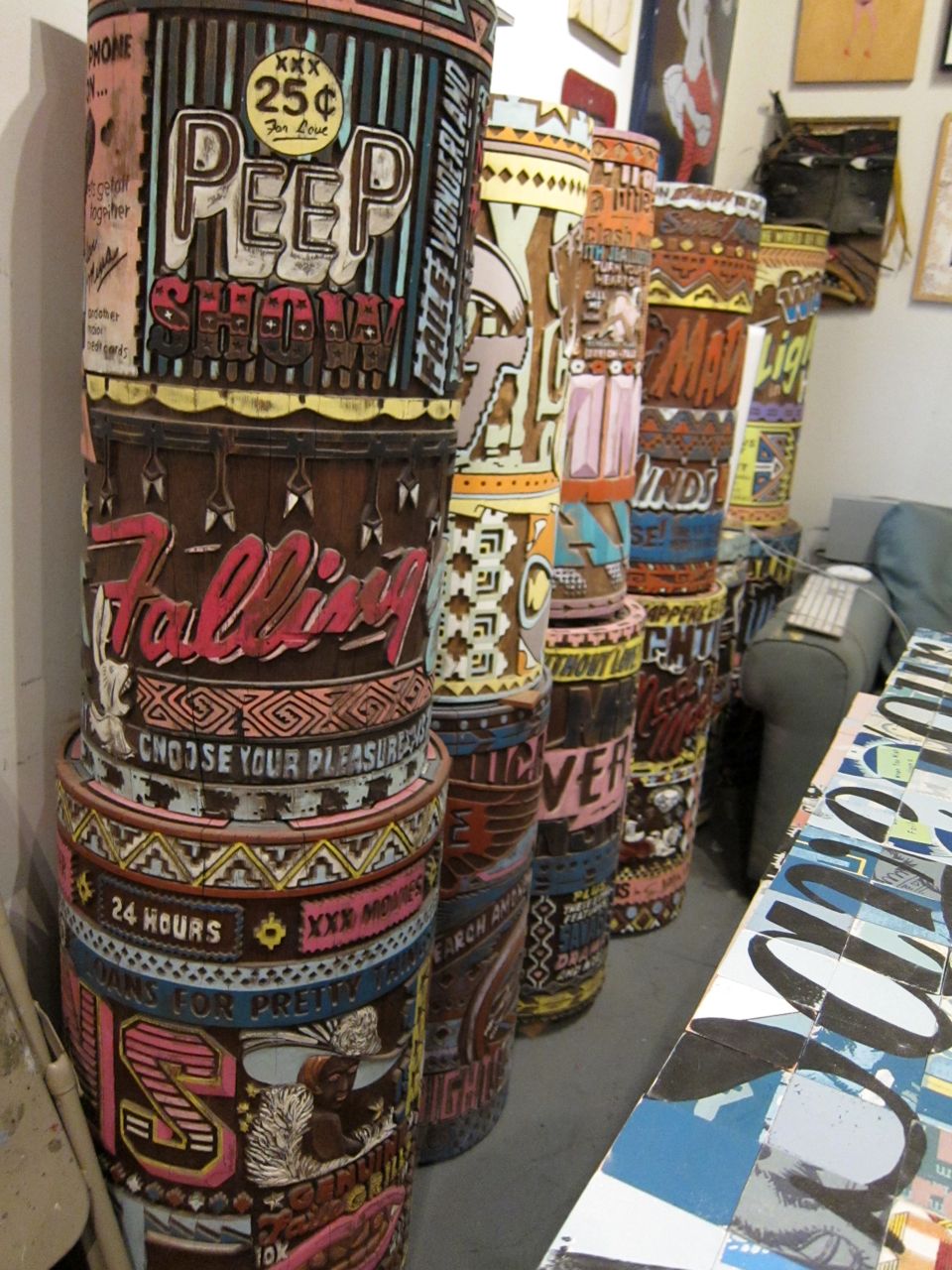 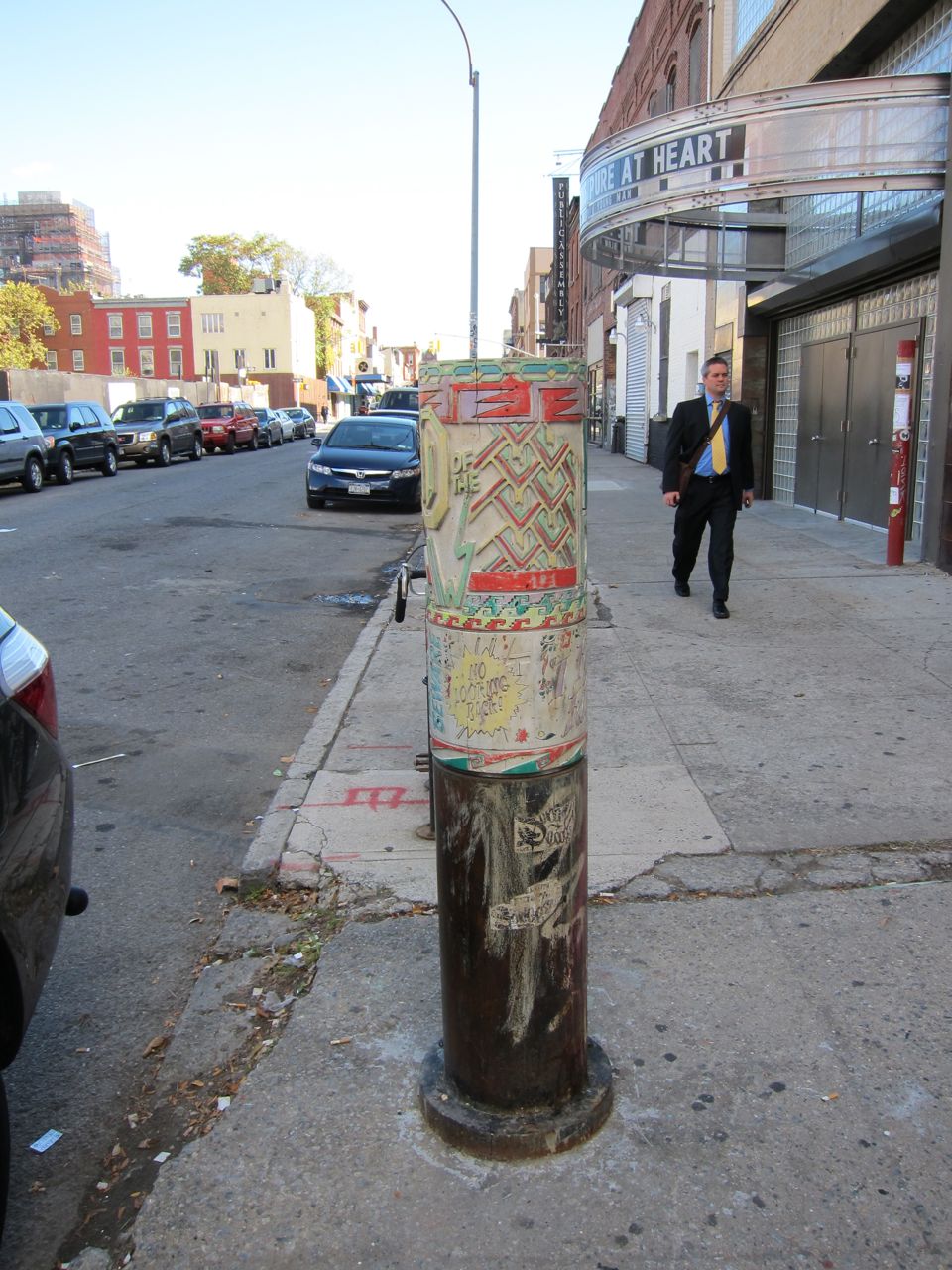 A prayer wheel in the wild! It is almost a year old...