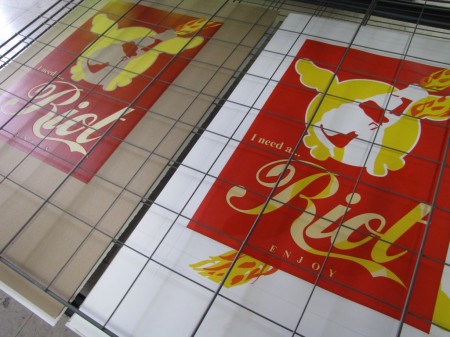 AM recently visited the Master Printers over at Modern Multiples studio in Los Angeles as they were printing the latest offering by UK street art superstar D*Face (interviewed). Following the success of his previous print with the acclaimed studio, “Un-American Graffiti,” D*Face came correct with this second release, appeasing fans by releasing the “Coke Riot” image from his previous Jonathan LeVine show. “Coke Riot” was released yesterday at StolenSpace in either metal or wood editions, with a paper edition of 50 soon to come.

Full studio visit and pictures after the jump 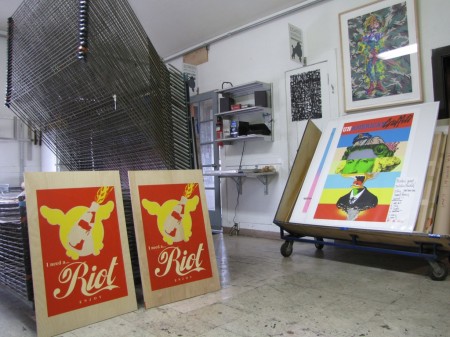 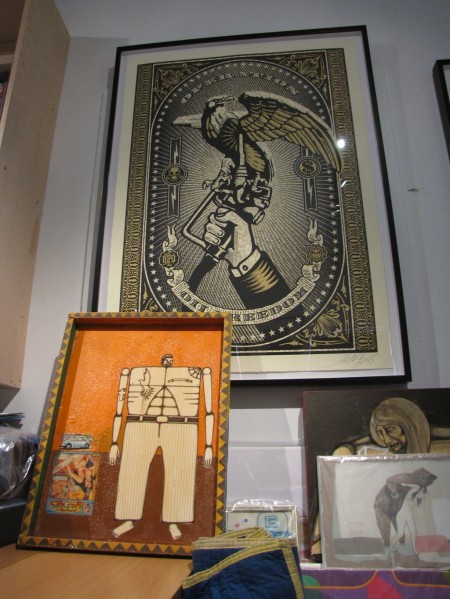 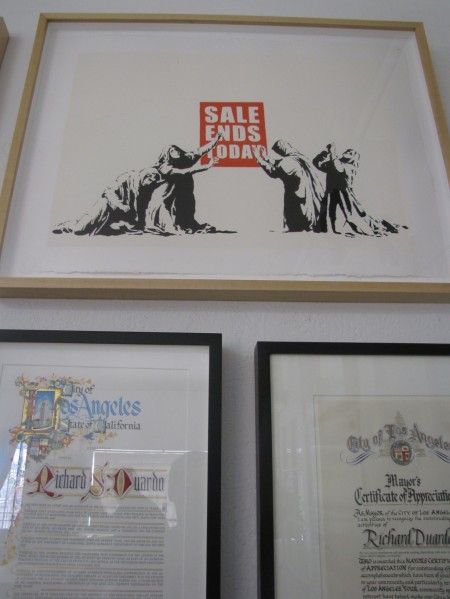 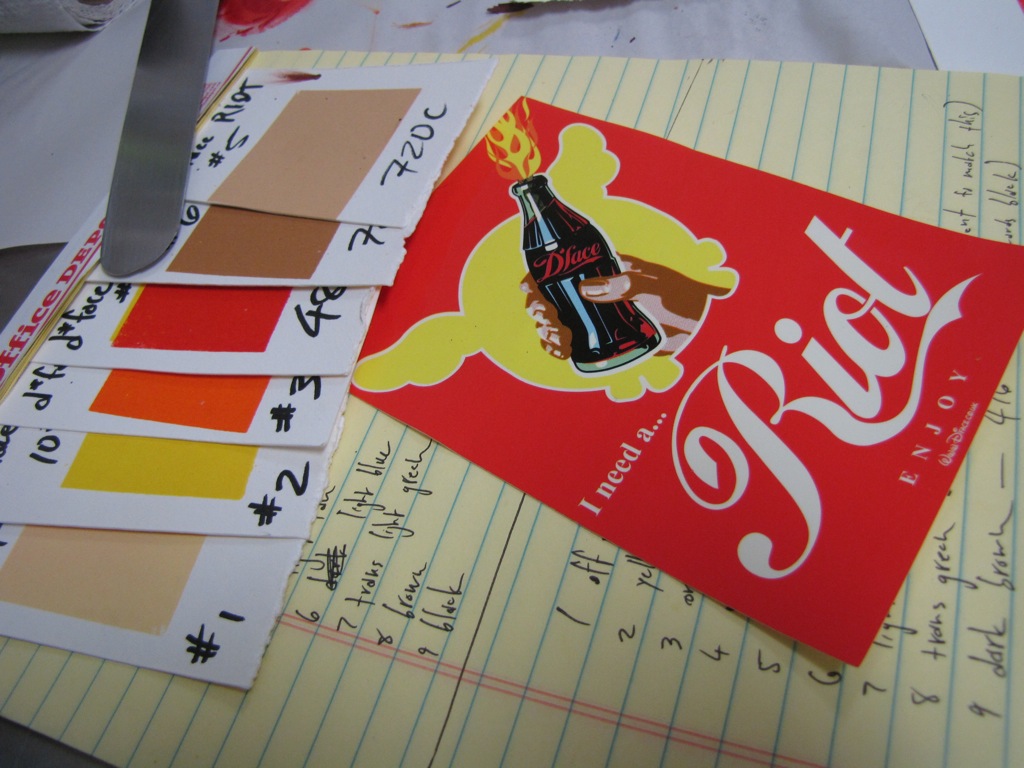 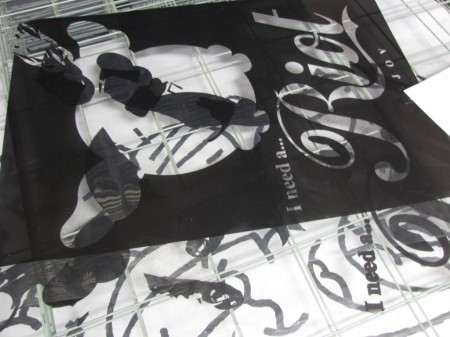 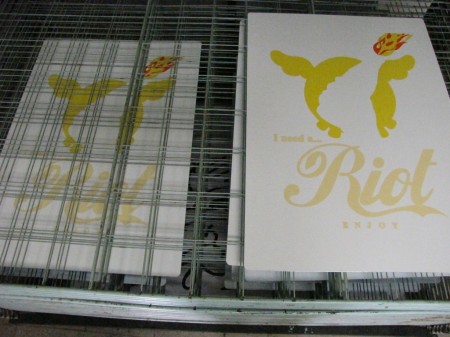 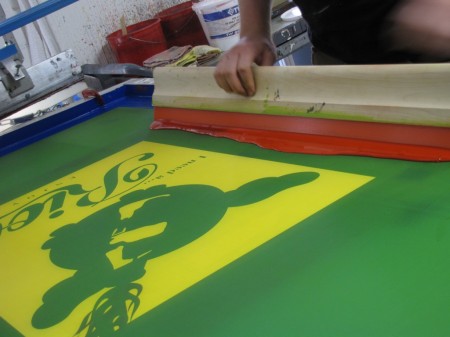 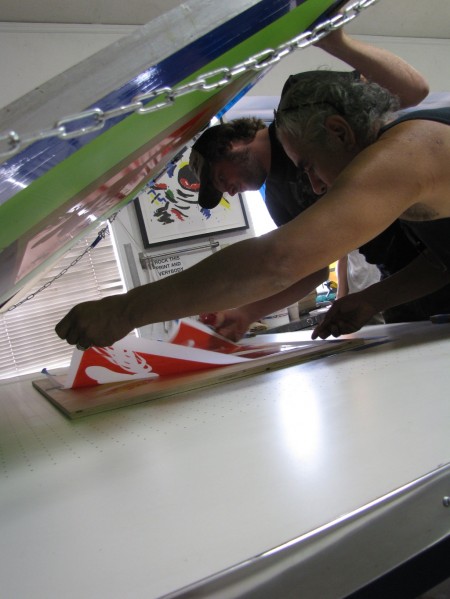 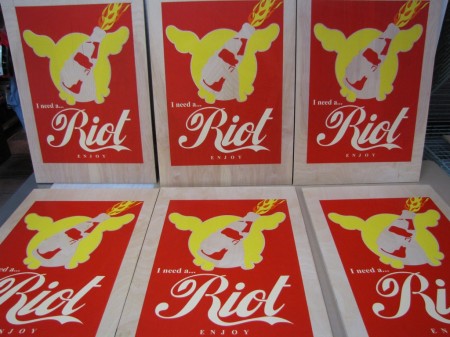 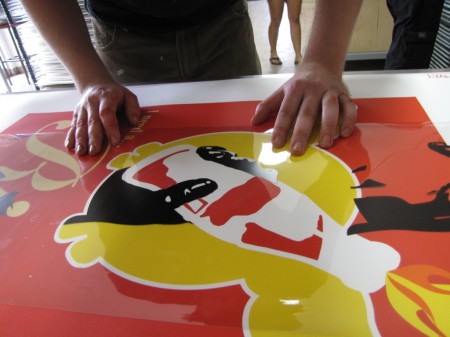 adjusting the registration for the next layer 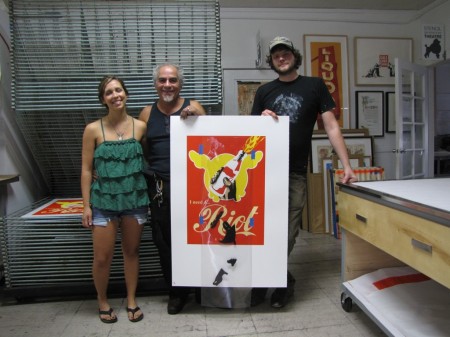