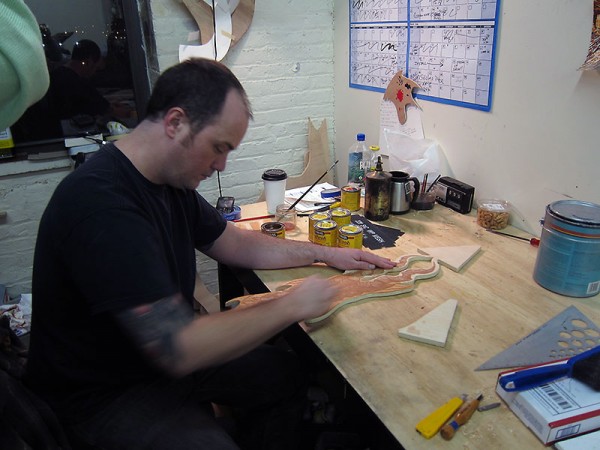 AM paid a visit to Dennis McNett’s studio while he was finishing up work for his show Reaping Waves and Vital Vessels, opening this Thursday at Joshua Liner Gallery. The space was packed with linocut and woodcut printed paper and hand-painted wood carvings, and McNett described his grand plans for filling the entire gallery with individual works and large-scale installations assembled from the various pieces. Much of the imagery appeared highly influenced by Greek and Norse history and mythology, with representations of wolves, serpents and birds of prey. In addition, McNett has built several Viking ships, emblazoned with unique patterns and images memorializing friends and heroes who have recently passed away.

If that wasn’t enough, during the opening, McNett is scheduled to have a parade/performance through the streets of Chelsea, entitled The Passing of the Wolfbats. The procession will consist of  two thirty-foot Viking ships as well as an army of drummers, marchers with banners and battleaxes, and a flock of Wolfbats. According to the gallery, “the community is enthusiastically invited to participate in the procession in whatever form it chooses, from creating and wearing costumes, to offering expressions in song and dance during the procession.” This sounds like something no one will want to miss. 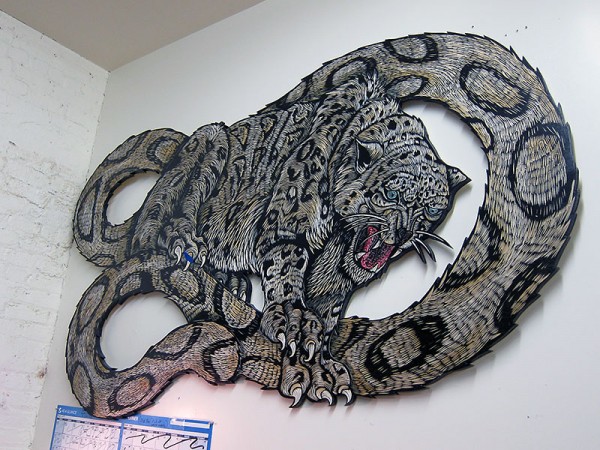 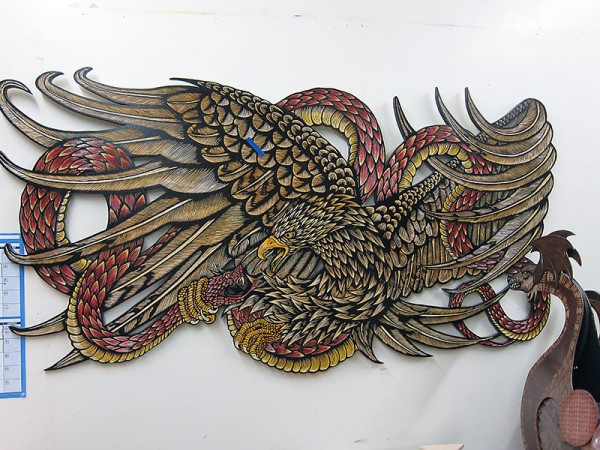 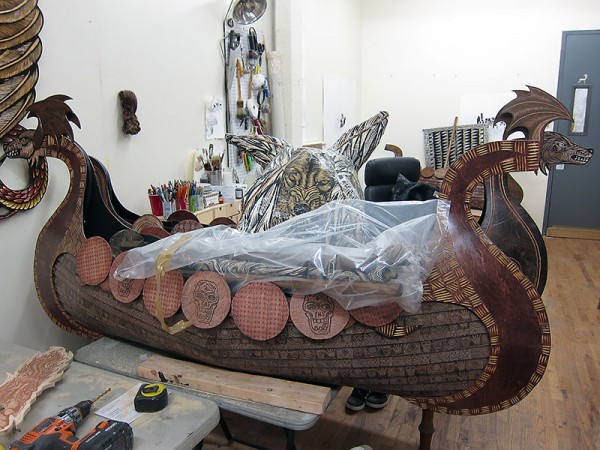 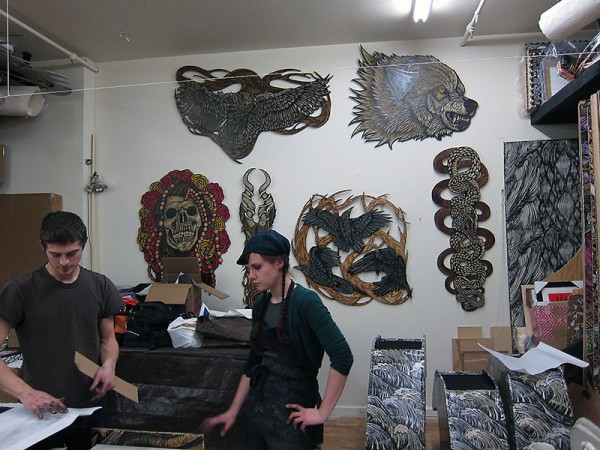