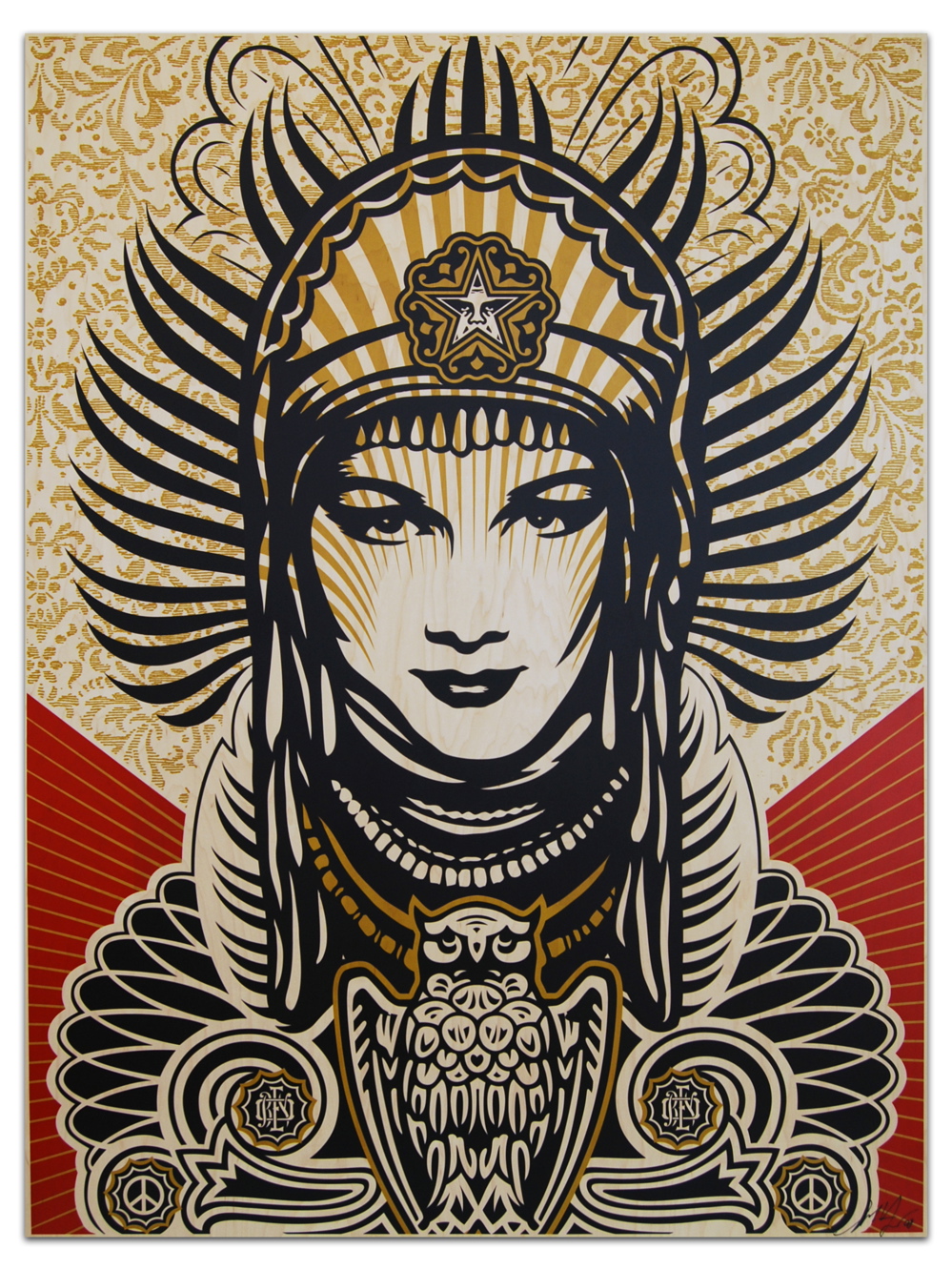 If today’s Urban Art auction at Bonhams can be seen as an indicator for the overall health of the Urban/Street Art market,  then things are looking absolutely strong, exciting, and prosperous.  Most lots found buyers and all the major pieces in the sale found new owners.

The most notable result was Shepard Fairey’s Peace Goddess on maple from the Sea No Evil benefit auction in 2008, which surpassed everyone’s expectations and sold for over double the high estimate, at $43,000.  Among in-the-know Shepard Fairey collectors, the work was controversial due to the fact that it was not physically created (word is that he simply sent the image file and signed the piece at the event) by Fairey’s studio and contained no real “fine art” elements (such as collaging, spraying, or distressing) other than being on wood and large in size.  Still, some may point to this result as empirical evidence that image wins over all else when it comes to Shepard Fairey’s work.

Other notable results include: An unsigned print – Banksy’s Rude Copper, which went for a whopping $15,000.  Ultra hot photographer JR had a paper mounted on wood piece that went for twice the estimate, selling for $48,500.  And the Banksy  that was on everyone’s radar (CNN even wrote about it) – Save or Delete Jungle Book – sold for approximately $121,000.

See images after the jump… 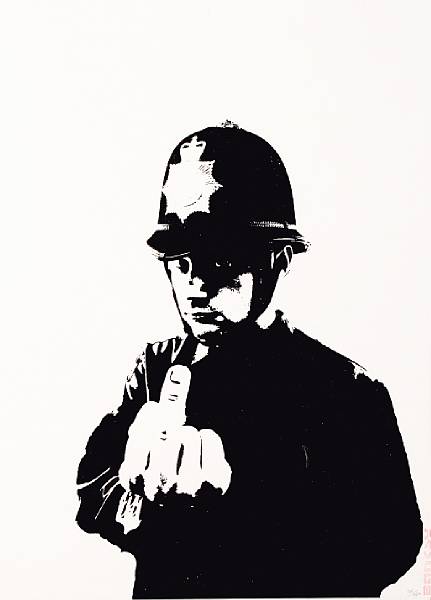 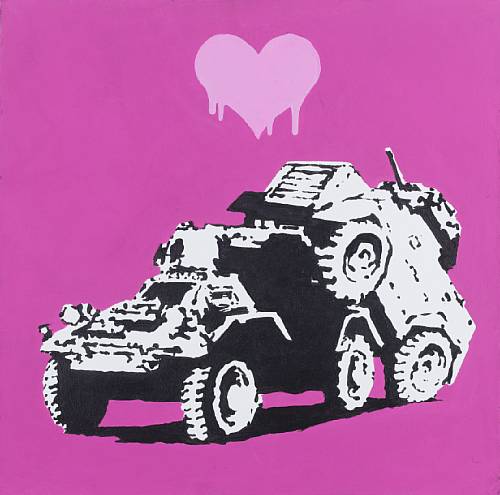 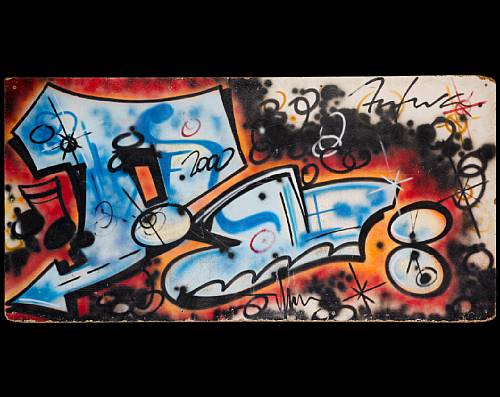 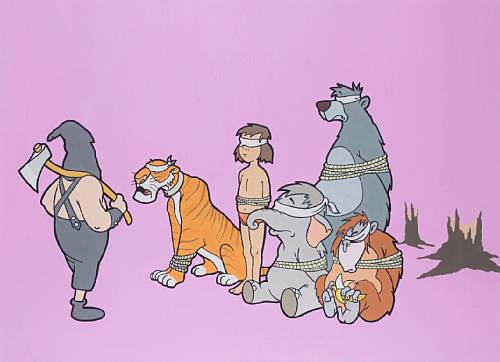