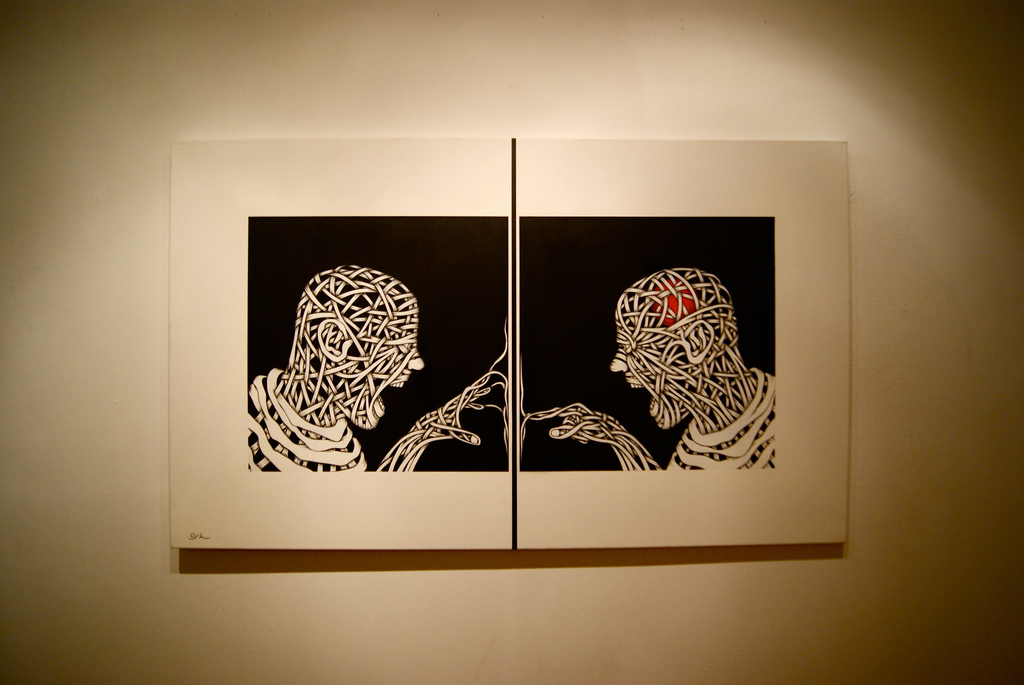 Otto Schade aka Osch, the East End artist that has made his name with his intricate entwined portraits, opened up his solo show at LAVA Gallery last week. The Chilean painter, now residing in London, brought with him works featuring familiar subjects with his signature twist, some of which has been replicated in the streets in recent weeks.

Take a look at more photos courtesy of paul nine-o and Gutchinlondon.