We didn’t really have a category to list this post this great video under – we have ‘seen on the streets’, but maybe now AM needs a ‘seen on the beaches’ section – Maybe as well as a street art section, we need one for ‘land art’.

Samuel Dougados is a French artist who makes his art on the beaches of Northern Europe. He goes simply by the name of Sam. Sam sent a series of pictures to us here and we just had to put a post together to share these with our readers. Just as the nature of street art is largely ephemeral, the large scale installations that Sam makes are absolutely guaranteed to last for less than a day before being reclaimed by the sea. No buff from the council or city worker, no weathered erosion over a period of time, just gone in a matter of hours. 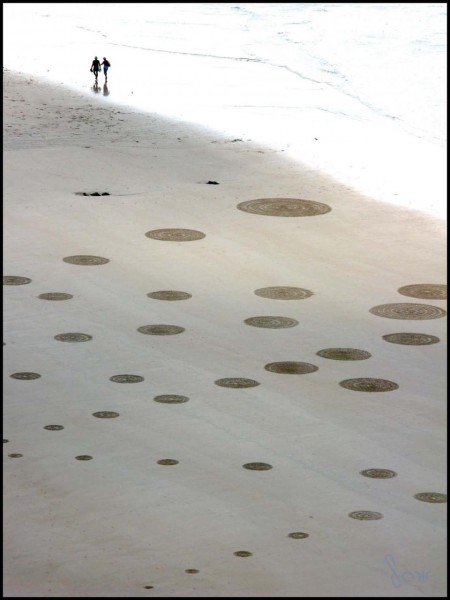 As you look at the photographs taken from high vantage points to reveal the scale of these pieces, you realise how difficult it must be to produce these intricate patterns when you are at ground level. The largest fresco Sam has made to date is over 1.5km long. 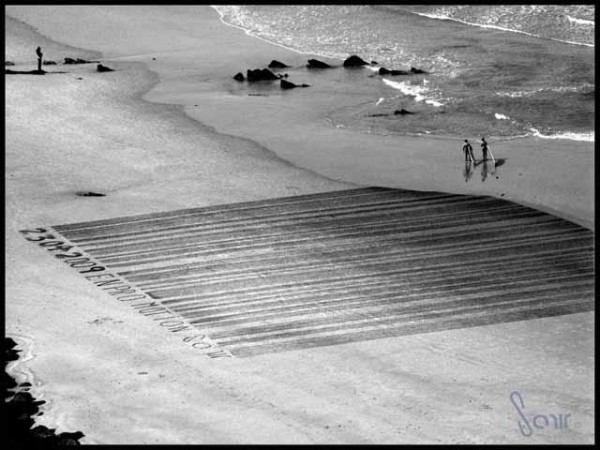 Here’s what Sam told us about his work.

I’m a french artitst living in Biarritz, south west, where I practice an uncommon art , by definition land art, but also what I call “beach art”, a bit compared to street art that is part of my influences. Using a rake, I draw at low tide huge frescos on the beach. As street art, I use a public place to disseminate this free art accessible to all.

My “drawings” are sometimes optical and visual searching for simple beauty, sometimes broadcasting a message wich may be explicit and written directly on the sand or
through a drawing as could a stencil. It is a way for me to turn a usual place, naturally, to disseminate a thought, get people to look at their environment in a different way and make them ask questions. It is also an area of expression beyond standard that few media can provide.

My job is twofold since once the draw is completed, I took shots in the maximum angles that gives me the cliff overlooking the beach before the tide erases all within hours.
Part of this large work is collected in a series of photos digitally printed on Forex and brushed aluminum produced in limited series.

One of my projects is to discover great beaches around the world and bring back some pics and footage for a documentary, as street artist would graff on the main big cities. I’ve already done it (on beaches) in France, Spain and Morocco. 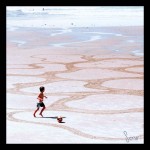 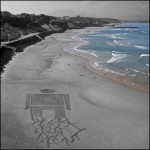 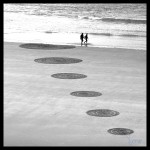