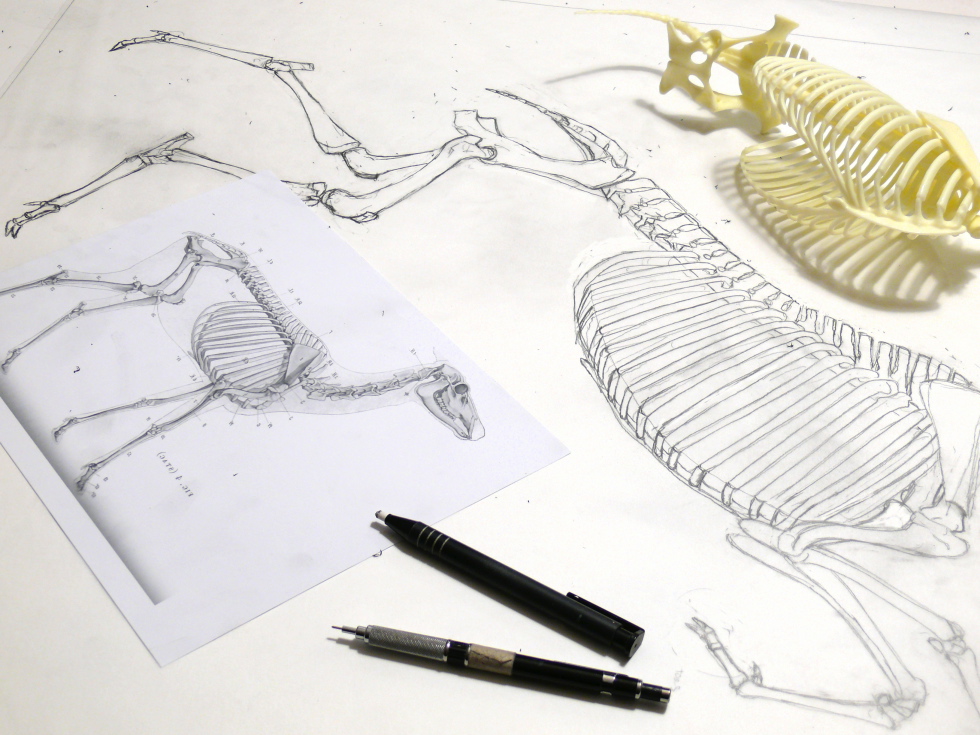 Tirelessly sketching, Josh Keyes continues the neverending evolution of his dystopian narrative in preparation for his next solo exhibition, entitled The Magicians Garden, at Fecal Face Dot Gallery in San Francisco. Opening April 7th, Josh recently stated in an interview the new body of work “will showcase imagery that plays on genetic mutations in a post apocalyptic setting”. If the meticulously executed reference drawing above is any indication of what is in store, the show should continue Josh’s uncanny ability to break new conceptual and technical ground with each new exhibit.

As an additional update, Josh has contributed work to a group show hosted by the Foothills Art Center, in conjunction with David B. Smith Gallery, in Golden, CO. Opening Janurary 22nd, Habitat explores the relationship between the natural and built environments. As a result of the non-commercial status of the gallery, Josh will be contributing the epic Sowers painting from his last solo, Collision (covered).