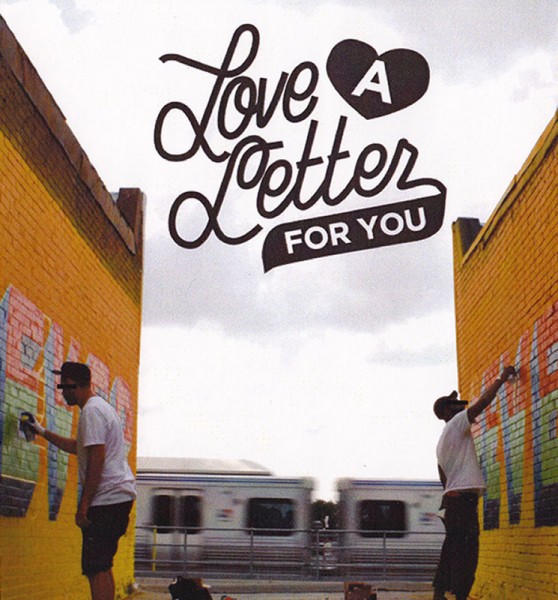 Happy Valentine’s Day art lovers. Here’s a post perfect for today. Last week, we were lucky enough to attend a rare screening of Steve Powers movie entitled A Love Letter for You, which is about the amazing mural project of the same name that Powers completed last year along the elevated train line in West Philadelphia (c0vered). Going in, we had expected the film—directed by Joey Garfield—to be a straight documentary about how the large-scale public art project consisting of over 50 buildings was conceived and completed. But although the movie does contain some such material, it is intertwined with the fictional story of FIRE, a graf writer recently returned to the city after being away in prison who wants to reconnect with his girlfriend (supposedly loosely based on Philly writer AGUA), which captures the some of the concept behind the murals. At this point, there is no further distribution information about the film, but we hope to be able to report future screenings, as they occur.

In the meantime, check out the trailer, after the jump.