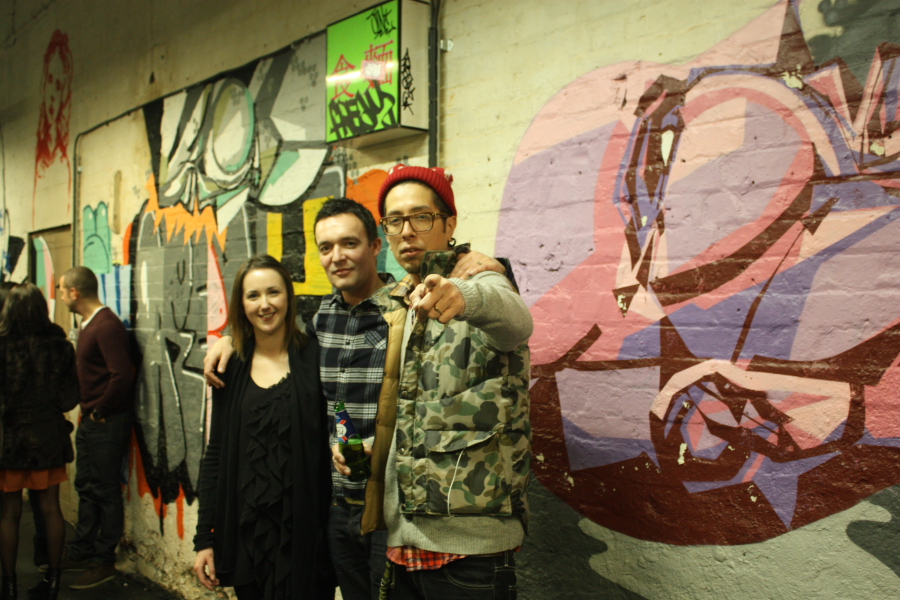 Titi Freak was back into installation mode in the UK last week for his showing with OneThirty3 up in Newcastle.The premise of the space is simple – bring over an exciting roster of artists to rip it up in Hush’s studio space so that they can replicate their street aesthetic indoors. Titi Freak was the first artist invited over to make his site specific installation. Organised and curated by Hush and his wife Rachael, the warehouse studio space of OneThirty3 provides artists the freedom to create and express themselves without the pressures of ‘selling work’ in a gallery setting. It made a refreshing change to see Titi Freak go crazy on the walls of the studio, and his mixture of styles had the eyes darting around to find discreetly placed pieces on window panes, inside an old school desk and on electrical boxes as well as the walls.

Each artist project is funded via the release of a limited screen print, in a edition of thirty three, and this essentially covers the cost of bring the artist over, material and production costs.

Props to OneThirty3 for bringing something new to the scene. Watch out for what they have upcoming with planned events with Sickboy, Herakut, Retna & Gaia. Each exhibition is open for just one night only, so make sure you don’t miss the next one.

More of our pictures after the jump.