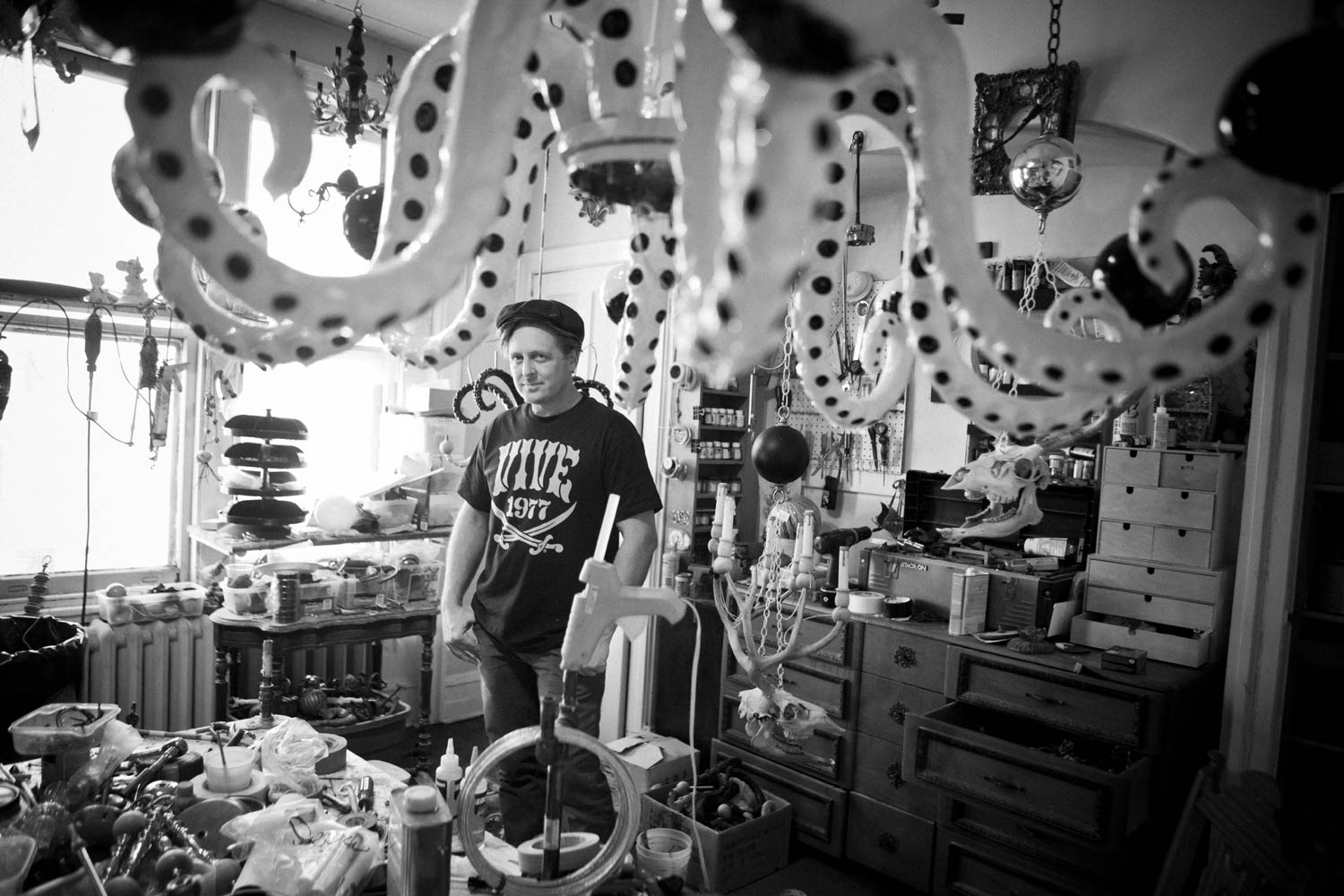 This Saturday night, March 19th, Adam Wallacavage returns from his recent trip to and show in Brazil to stage his first solo exhibition in Los Angeles. Entitled “Dreamhome Heartaches”, the new body of work for Corey Helford Gallery is inspired by the decorative interiors of his home in Philadelphia which is filled by much of his own sculptural pieces as well as eclectic items collected from his travels. 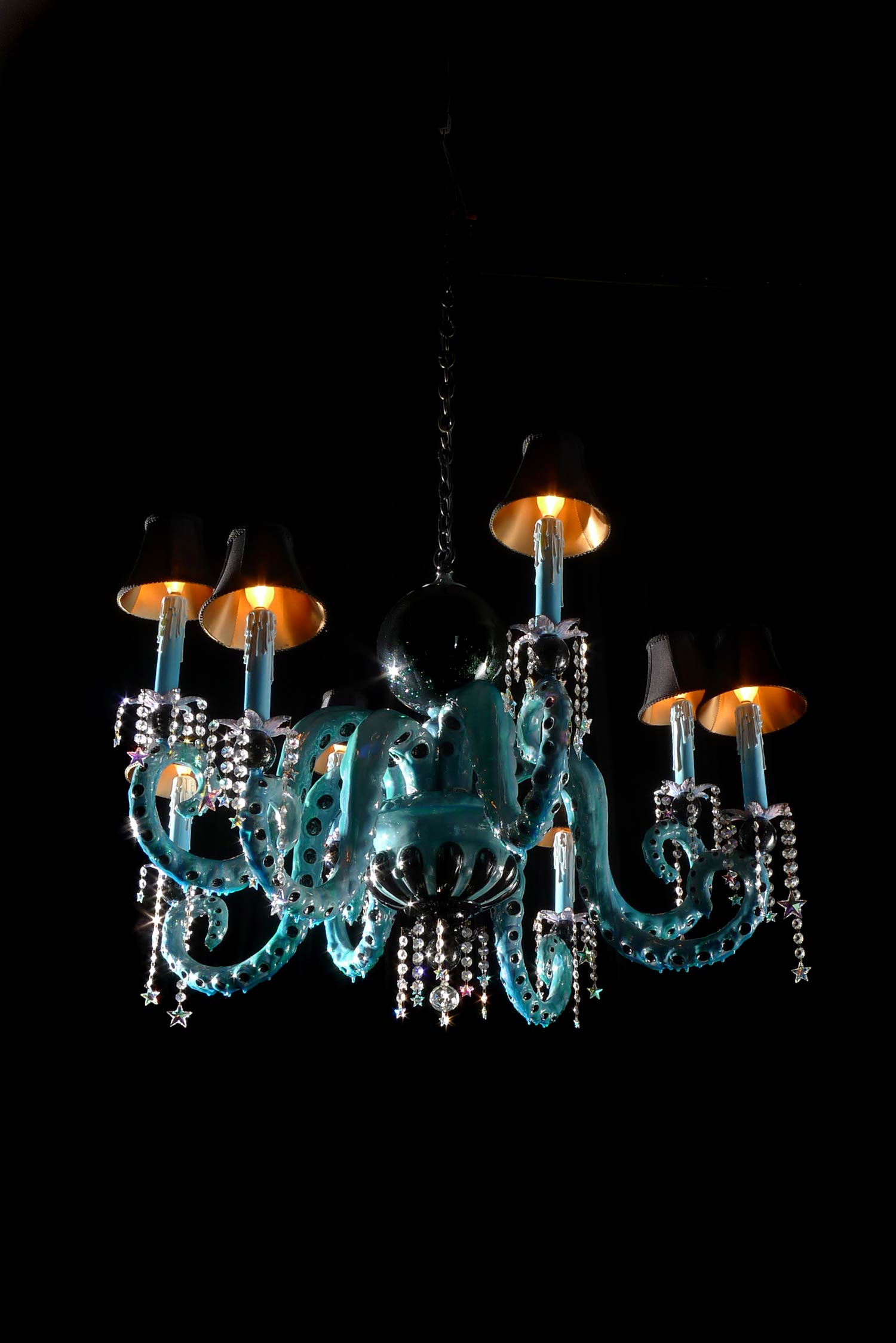 Adam Wallacavage (AW): I started off as a photographer, documenting skateboarding, artists, music, and general jackassery back in the day but always being around artists and general wackadoodles. Then around 1996, inspired by the Providence, RI scene with the likes of Shepard Fairey and Fort Thunder, the art collective, Space 1026 was formed in Philadelphia with Andrew Jeffrey Wright, Ben Woodward, John Freeborne, Jeff Weisner, and Max Lawrence and myself. We built a place where we could make screen prints, have studios, have a skate ramp in and our own art gallery. It became quite a success and its still going strong after all these years, but during my time there, I took on the daunting task of renovating a big mess of a room on the then abandoned and ghost infested third floor of Space 1026. After spending so much time and effort fixing something I rented and did not own, I bought a place to create in and turned it into a Victorian freak show funhouse and then finally to creating lighting fixtures which is where I’m at now. 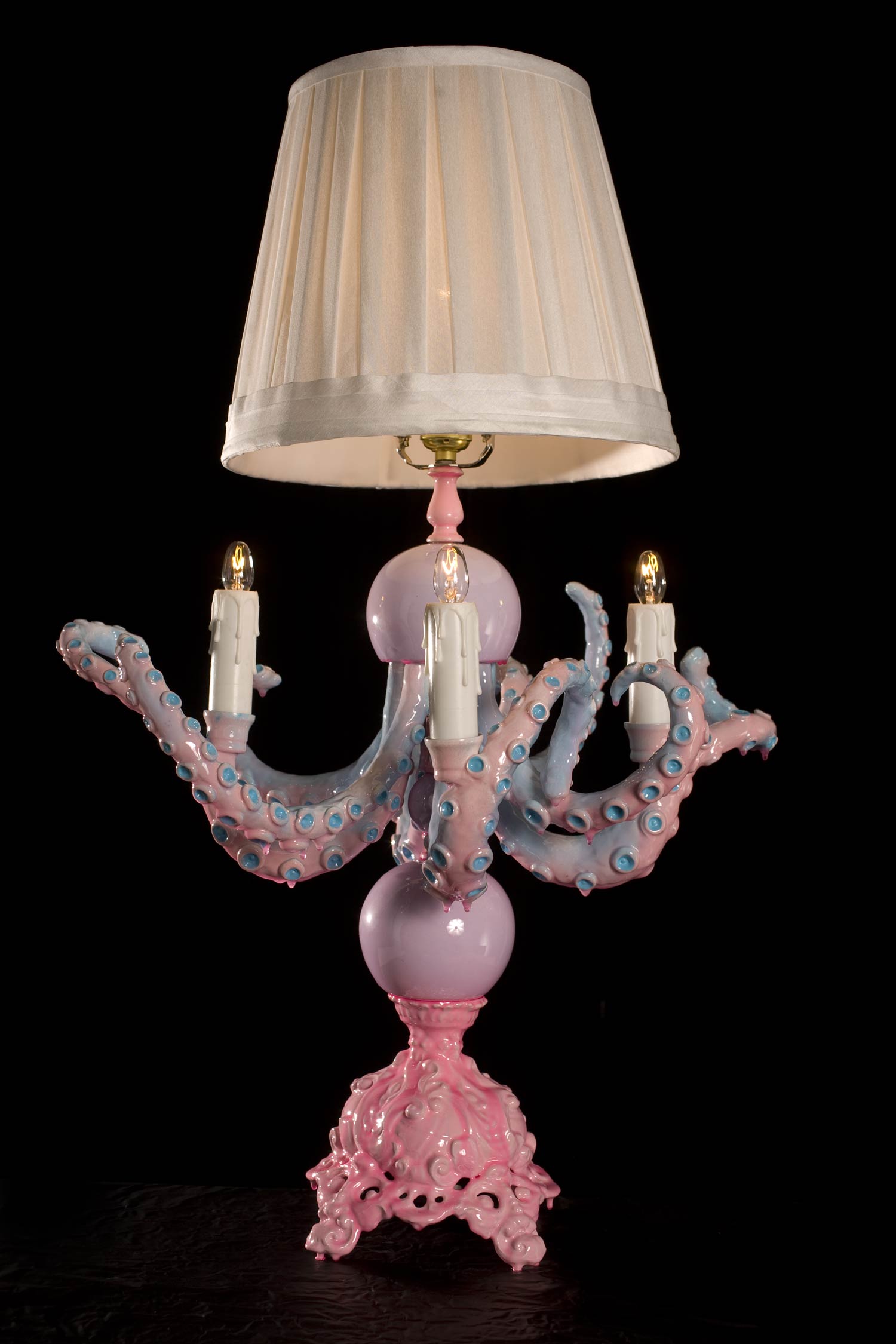 AM: We hear that “Dreamhome Heartaches”, is inspired by your amazing home which we have seen featured on The Selby and other websites.  Can you explain this new body of work for us?

AW: The title, “Dreamhome Heartaches” kind of sums up the energy of my home/studio over the past year in dealing with intense, inspiring conversations and late night gatherings and sudden loss. The house has taken on a life of it’s own. There’s so much creative energy surrounding me here now that I really don’t need to look anywhere else for ideas.

AM: You mentioned once that you like to make functional art.  Can you elaborate a little more as to how this type of art compares to others and why you enjoy it so much?

AW: I wanted to fill my house with all kinds of ornamental decoration with fancy crown moldings and big ceiling medallions and I did it. I started making light pieces simply out of the fact that I wanted a certain kind of chandelier for my dining room. Though I’ve done thousands of photographs and dozens of silkscreen prints in my time, nothing felt more fulfilling than the day I hit the switch on my first piece. I created something simply because I wanted it to exist. I was inspired to create elaborate interiors by the destruction of churches in my area and the sadness of the loss of such beautiful buildings which I thought could never be recreated again but I figured out how to make things like that and became a sort of self-taught militant ornamentalist.

AM: Can you run us through your creative process a little?  For example, do you sketch out all your ideas?  Use molds?

AW: I do sketch a bit but they are really sloppy doodles. Ha! I like that, “Sloppy Doodles” it sounds like something Andrew Jeffrey Wright would say.  Anyways, I start with threaded pipes, bend them, and cover them in clay.  Then, I paint them and mix it all up with whatever junk I have laying around the house – Christmas balls, glass bowls, seashells, vintage lamp parts, and all kinds of stuff. After figuring out the design I like, I paint them and cover them in secret sauce.

Though I’m still working with the same subjects, many of the new pieces were sculpted completely by hand this time instead of cast in plaster like the larger pieces are made. Working with epoxy clay let’s me really experiment with scale and allows me to twist and curl the arms in ways which were too difficult to build molds for. 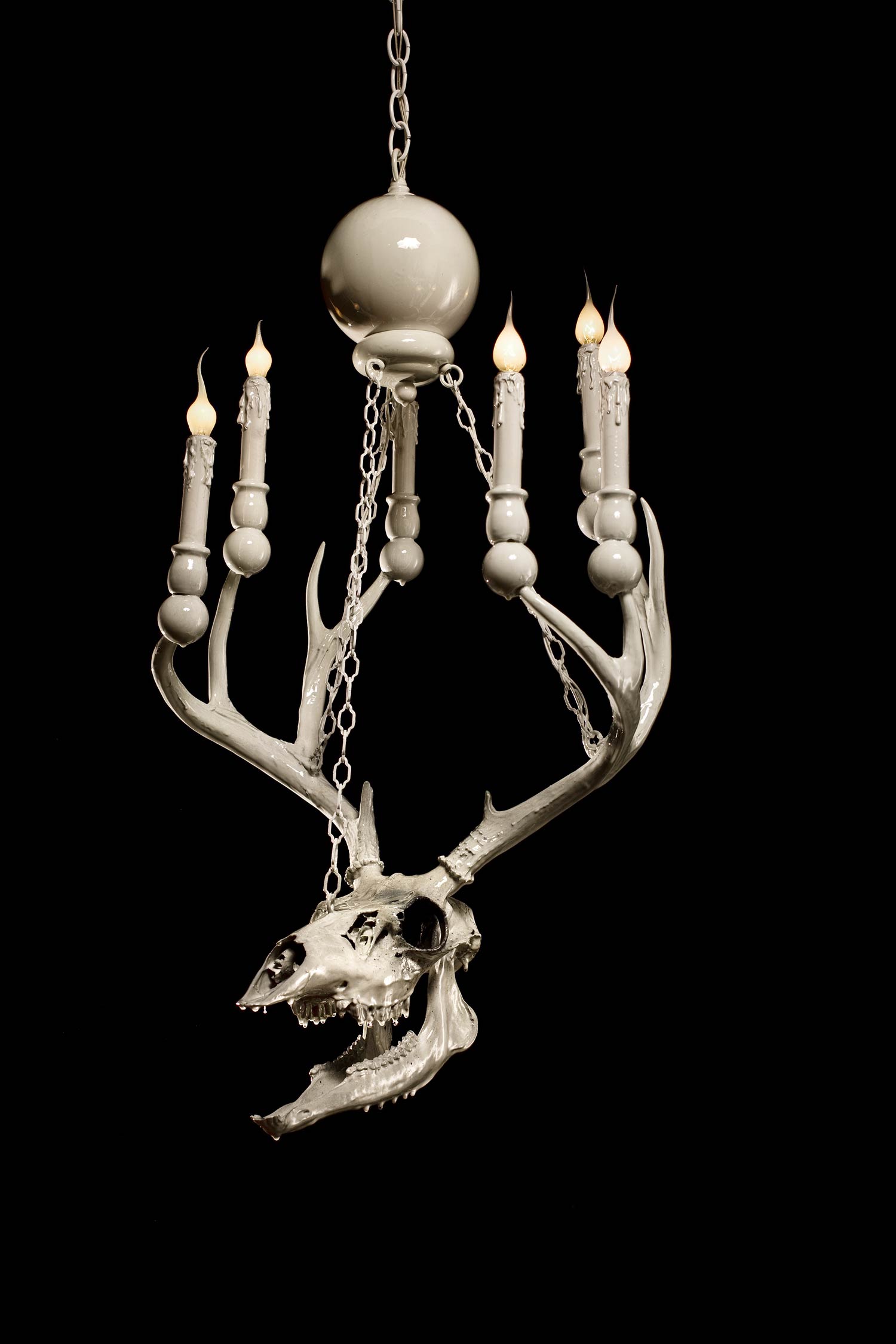 AM: Do you have any other show or projects in the near future that you can tell us about?

AW: I just got back from Sao Paulo, Brazil where I showed at the Choque Cultural Gallery and since then, I’ve ben working full steam on my first West coast solo show at Corey Helford Gallery. I started a bunch of new ideas for this show which never really saw the light of day yet so I’d like to start working on them without the pressures of deadlines and I’m also about to start working on another fancy room for my house which I’m doing on a theme of Gothic Bollywood. It’s gonna be fun. I don’t know what my next gallery show is but I’d like to do something funny in Philadelphia. Maybe at Space 1026?