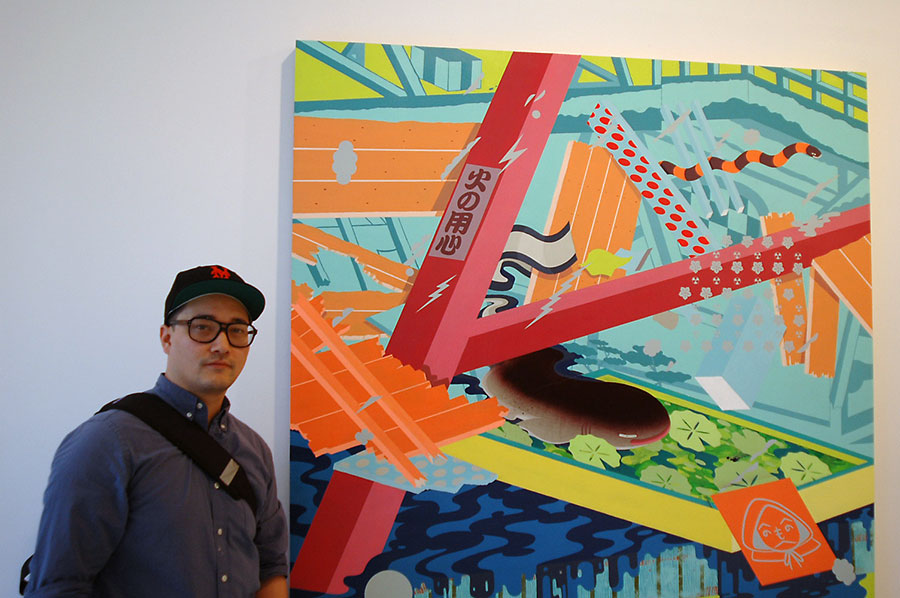 Following-up on Hueless (covered), which consisted of all black and white art, Chelsea’s Mallick Williams & Co. recently opened a new exhibition entitled Spectrum, which is aptly named not only because of its array of vibrantly colorful works, but also because the group show features a wide range of contemporary painters, including Chor Boogie, Lu Gold, Kiji McCafferty, Erik Otto and Kate Pane. McCafferty, one of the standouts of the show, himself exemplifies the theme of variety: an emerging artist of Japanese and Irish descent with a background that ranges from traditional Tibetan painting to graffiti to commercial illustration and graphic design. And his four electrically charged paintings—based on a classic Japanese woodblock print, created using a variety of painting techniques and resembling digital vector illustrations—are a direct synthesis of that diverse background.

See all the images from Spectrum, after the jump. 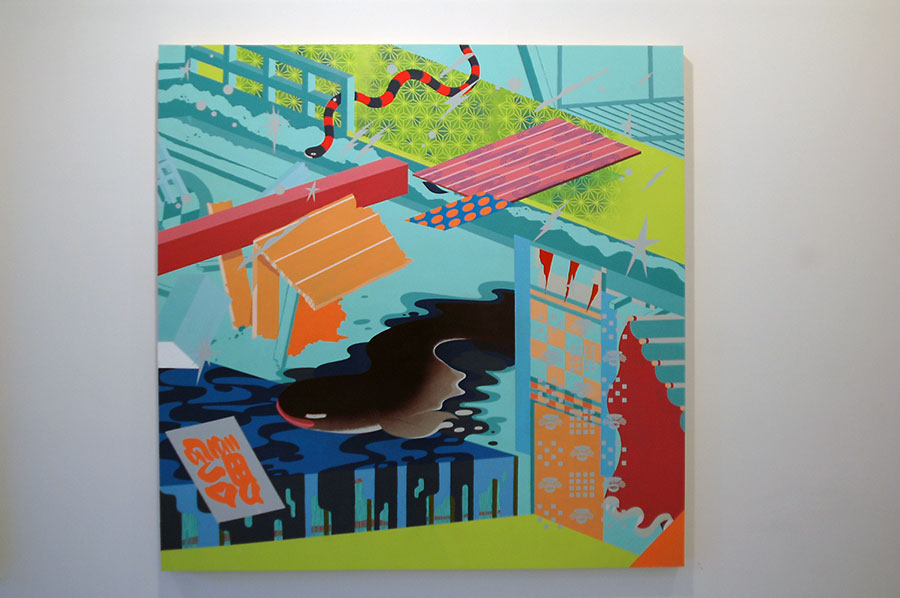 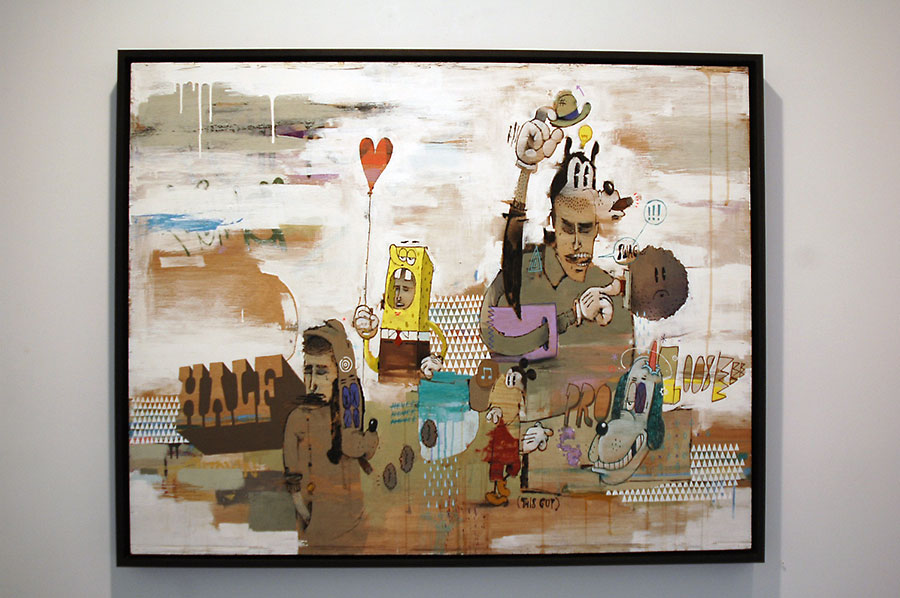 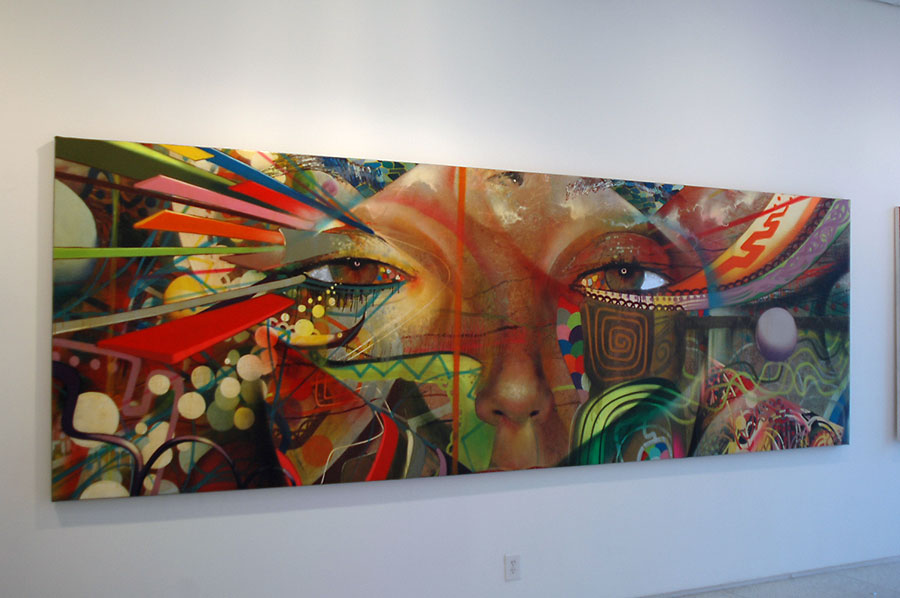 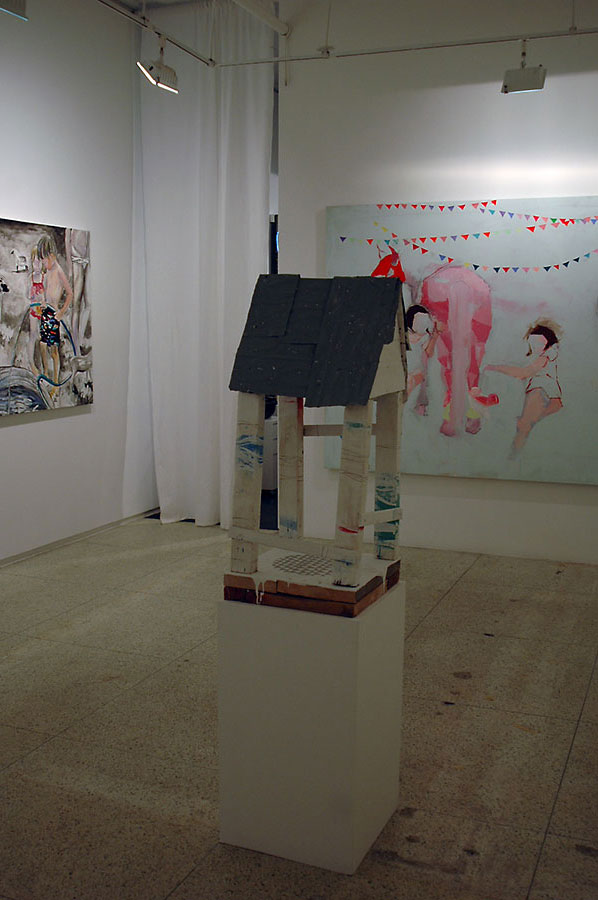 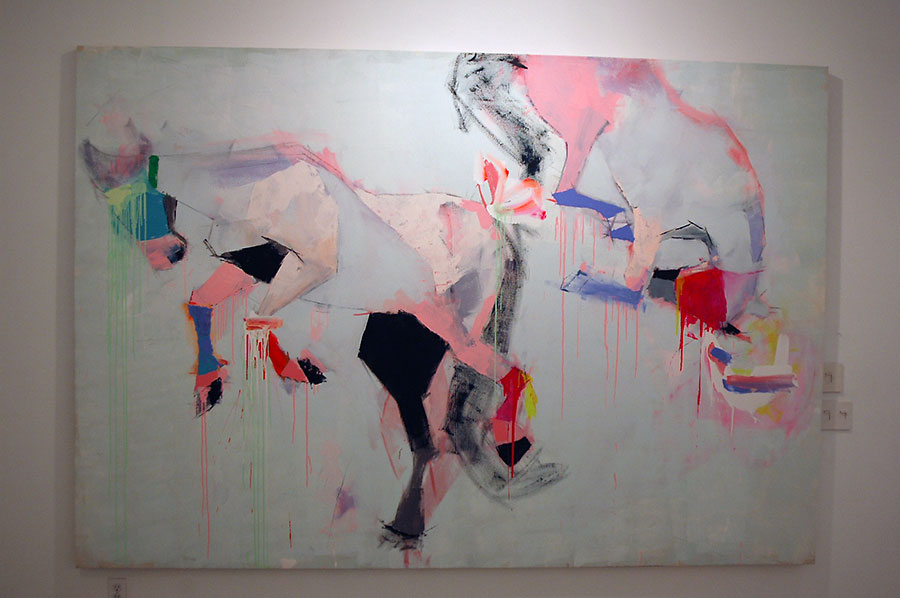 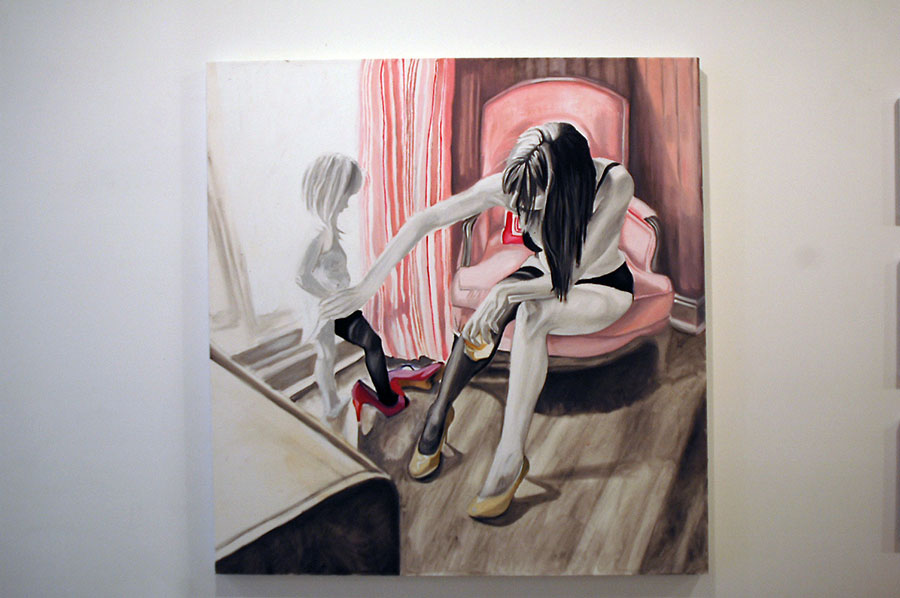 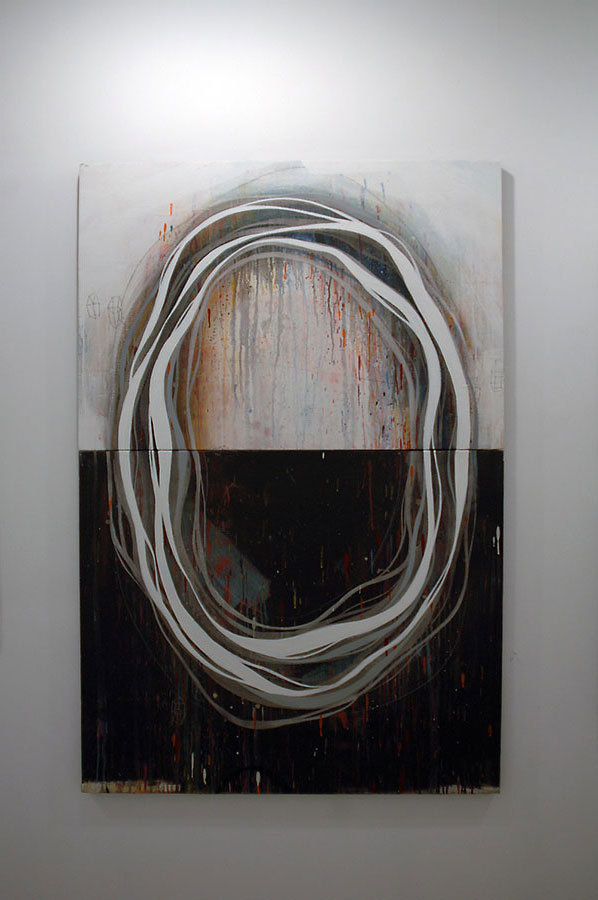