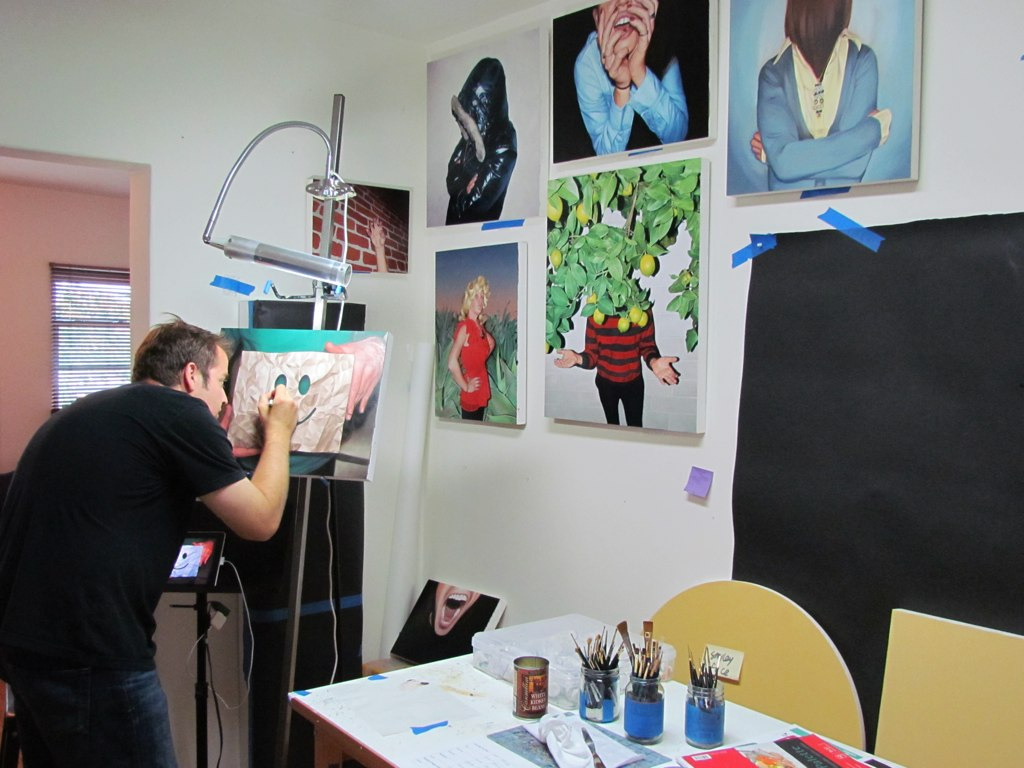 AM recently sat down with an artist we have been meaning to talk to for while now to learn a little more about him and his upcoming joint show at the Thinkspace Gallery in Culver City opening May 21st. The vivid hyperrealistic paintings of Jeff Ramirez have always drawn our attention with their curious poses and refreshing angles, an ode to his skills with the camera as he photographs all his own references – something he discusses in our interview among other things…

Questions and answers after the jump. 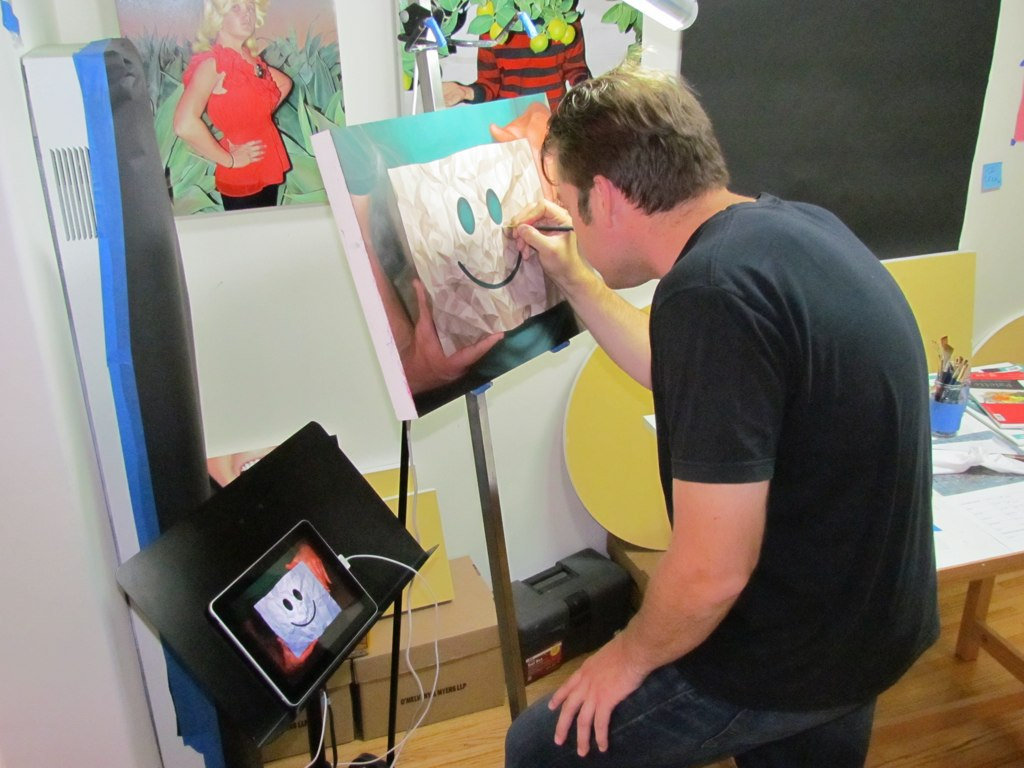 Arrested Motion (AM): Can you tell us a little about your background and art?

Jeff Ramirez (JR): I live and work in Los Angeles, but I grew up just up the coast in Ventura County. We lived near a port, a naval base and a lot of agriculture, so there was a real mosaic of culture. Between that and my own heritage, I was always moving between different groups and trying to assimilate, questioning identity and relationships and such.

My mother painted when I was young and my father did woodworking as a hobby and so I was exposed to that creative impulse even through it was never really encouraged in my youth. I went to the University of California at Santa Cruz to study computer programming and I enjoyed that, but I found myself more concerned with the look and feel of my projects than with their core functionality. Spending all of those late nights programming and compiling got to be a drag and I started looking for something with a bit more community to it. Once I started experimenting with art, everything just clicked. 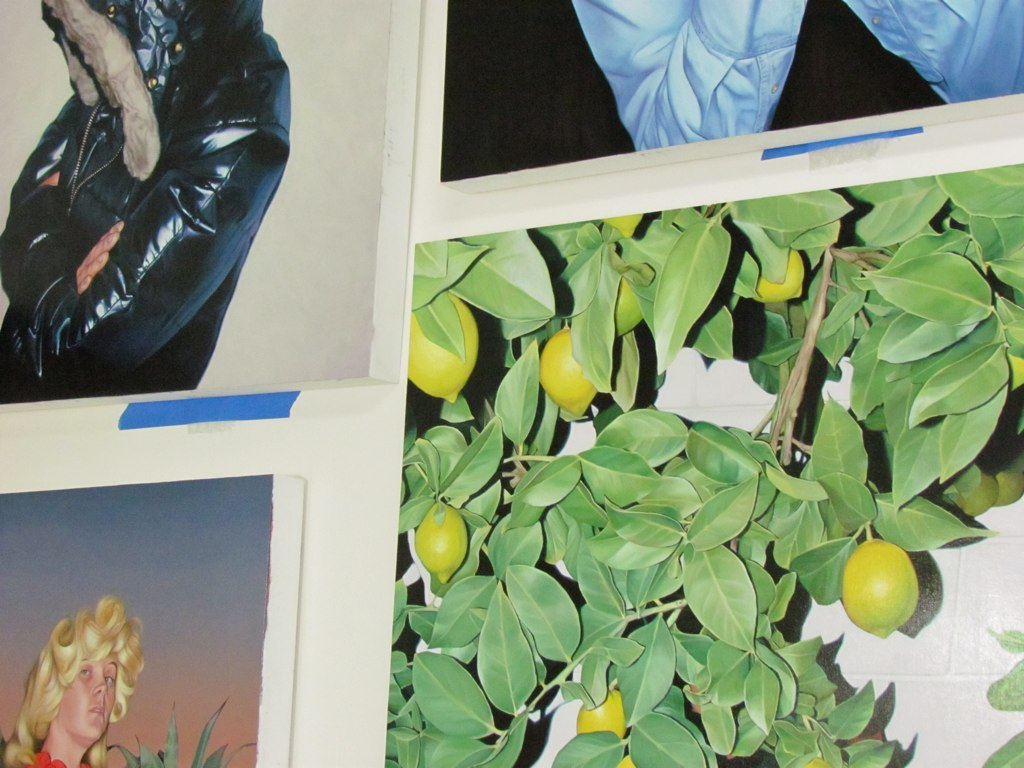 AM: Was there a certain theme or connection of ideas to this new series of paintings or are each of the works to be viewed on their own?

JR: Each work was created as an individual piece, but they all come from the same place and are generally meant to arouse in the same way. This is one of the first shows where I ended up shooting way more ideas than what you’ll see in the show. Those are all good ideas and may eventually be reincorporated into new work, but they didn’t fit with this group. I’d hate to classify what this grouping means, because it is very personal work and I encourage people to just go with however it speaks for them, but a part of it for me really has to do with the time spent doing something like this and how it feels to spend so much time creating and executing and sublimating and what we are really left with after this obsession has occurred. The people in my paintings are restricted and defined by this claustrophobic space and those boundaries are very real to me. 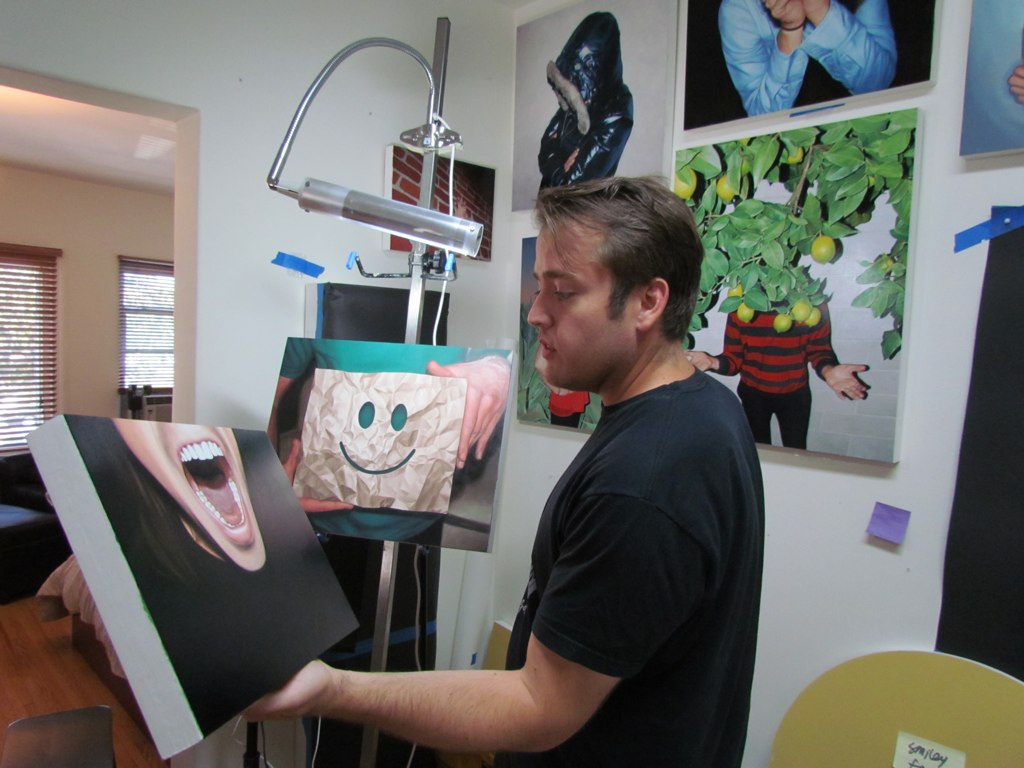 AM: We hear that you photograph most of your references yourself. How do you feel this personal touch is important for your process and when did you start doing it?

JR: I started taking my own reference photos in college but I found it really overwhelming because I was so concerned that my technique wasn’t where I wanted it to be. Once I graduated, I decided that given the conceptual simplicity of the work I wanted to make, it was very important to make sure that I knew how to paint the way I needed to. I began pulling images from movies and working off of those. After a while of doing that and working various jobs, I felt like it was time to get back to making the personal work that I am doing now. Once I started doing that, it was like a breath of fresh air.

Many realist/photorealist/hyperrealist works deal with the idea of nostalgia and experience and so despite this visual approach that seeks to isolate and freeze time (or arrest motion!), these can still be very personal works. For me, they are extremely personal, almost on a subconscious level. When an idea hits or factors come together to make something that could eventually be a painting, I need to be behind the camera because I am always trying to figure out why this resonates with me and find new ways to get what I want out of it. Sometimes magical things happen that you could never expect or communicate to someone else. When it happens, you just know it. 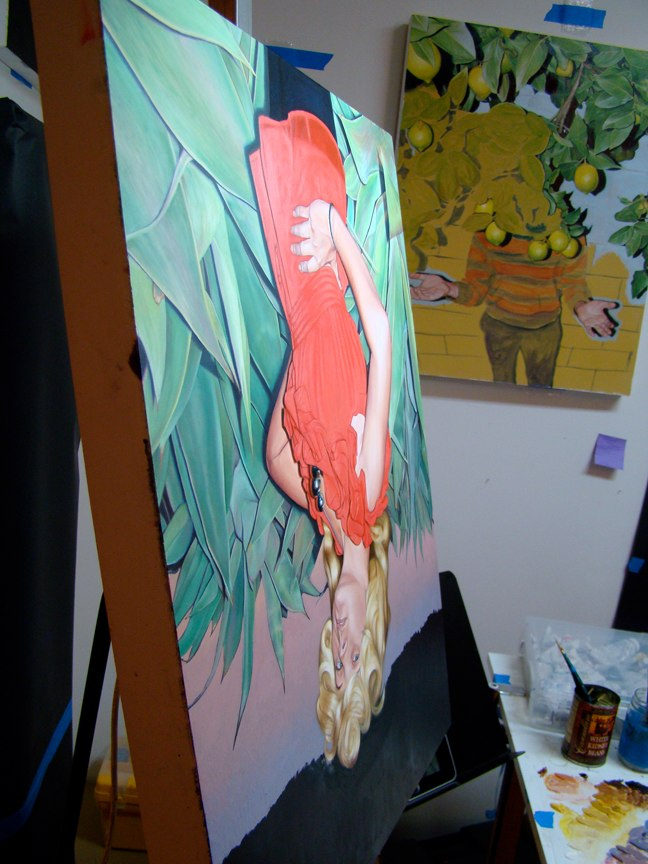 AM: It seems that many of your paintings feature people who are somehow concealing their face in some way or another. Is there some sort of conscious effort to paint this way and if so, what does it mean?

JR: Getting back to my adolescence, I always felt like I was a different person depending on whom I was around, whether it be friends or family or whomever. It often felt unnatural, like a performance. Gradually, I realized that I had grown really skeptical of images and their supposed content, even images of myself. I just didn’t relate to them on the same level as I think a lot of people might. I was more interested in them for context or absurd moments than as mementos or reminders. And now, with the rise of digital photography, social networking and this blurring of reality, there is a real lack of emotional truth in many of these supposedly candid shots. I’m interested in using that look to create new images that do have emotional truth for me and so it is often necessary to obscure elements in order to make for a different experience from these rather ubiquitous images. 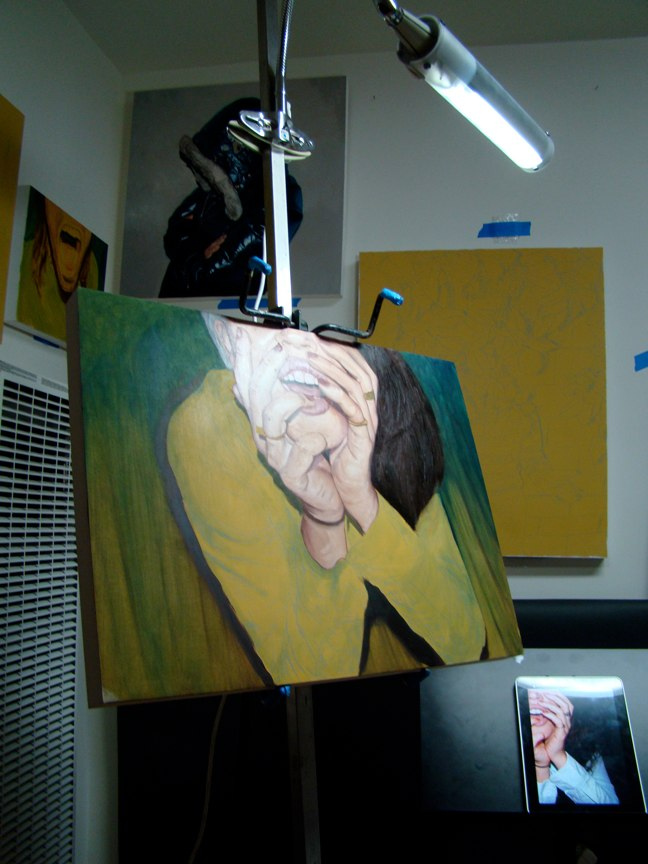 AM: Any future shows or projects you can share with us for the rest of 2011 and beyond?

JR: At the moment, I’m really excited about the Culver City Art Walk. That is always an awesome event and Thinkspace goes all out with a fun group show for that one. Thinkspace has also curated a show at the University of Arizona this fall and I’m currently working on something special for that. In general though, I want to relax and let my new work develop naturally. I have a few ideas that are really exciting to me at the moment, including a narrative series, but I need to make sure that it all happens organically. My work comes from personal and subconscious places and so sometimes, the best strategy is to just wait and see what happens.