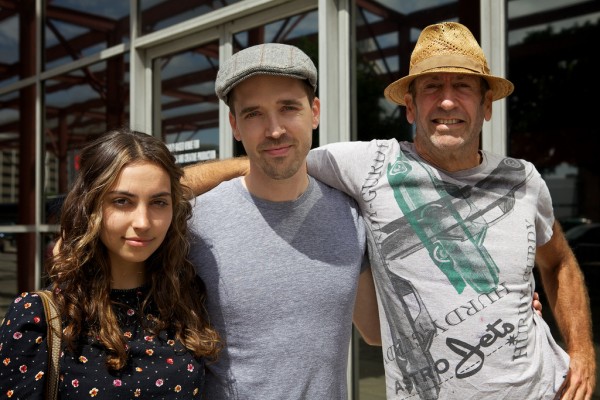 Last Sunday, AM attended the screening and Q+A for Kenny Scharf: More, Newer, Better, Nower, Funner, as part of a series of short films at the Levis Film Workshop, each based on an artist in the Art in the Streets exhibition. The footage includes Scharf on day and night time spray painting excursions, as well the creation of his installation for the historic MOCA show. The short film is directed by Nathan Meier and Kenny’s daughter, Malia Scharf, who are collaborating on a feature length documentary and have just reached their Kickstarter goal to fund the project.

We got together with Kenny Scharf after the screening to talk about Art in the Streets and his history with street art in New York and Los Angeles. Questions and answers as well as photos from Brandon Shigeta after the jump…

Arrested Motion (AM): When did you start working with spray paint? What is it about the spray paint medium that you find so compelling?

Kenny Scharf (KS): I began working with spray paint probably back in 1980, and it’s obviously suited to the street, making stuff quickly and on the run, as you know, when you’re doing graffiti. It’s fun to be able to just do something really fast.

AM: Do you consider yourself to be a graffiti artist?

KS: Well, I’m one of the older people in the show, and I always thought I didn’t really fit in with I guess “graffiti” per se, but after the show went up and seeing all the other work, there are so many elements of graffiti that I was attracted to when I was very young. One of them has to do with cartoon imagery, which graffiti artists have been using before I came around. So that attracted me, but I never really felt like I completely fit in. But after seeing the whole show and my participation in it, it was nice for me because I could see the connection between me and other artists that I didn’t really see before. 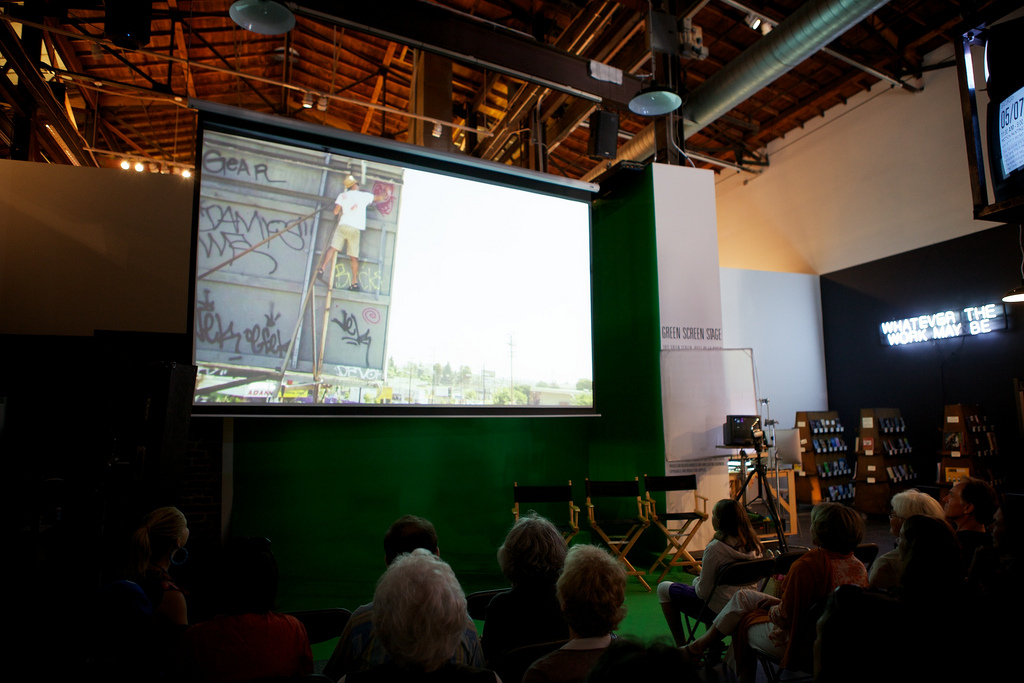 AM: Can you tell me a little bit about the world you’ve created through your characters, and where does that all come from?

KS: Just my imagination, growing up in L.A. with all the fantasy, the architecture, and being a kid that was watching a lot of cartoons. I’m very attracted to fantasy and the fantastical, so I’d say that had a lot to do with my aesthetic.

AM: After being known as a New York artist for so many years, what brought you back to L.A. and why do you think it’s important for an artist to be in Los Angeles?

KS: Well I’m from L.A., I grew up here. I moved to New York in the late 70’s and I kind of made my name in New York so I became known as a New York artist. But at the same time, my aesthetic is very much rooted in L.A., and the color and the kind of entertainment value that L.A. is about. You could see why I didn’t really fit in completely with the New York art scene, so I kind of brought my L.A. aesthetic to the New York art world.

I moved back to L.A. in ’99, and though I’m bouncing back and forth, I sold my Brooklyn studio. I moved here to do an animation, but it actually got on the air just one time. It was for Cartoon Network, and they never spoke to me again. So that was my lesson in the hard knocks of Hollywood. But I think L.A. is a very exciting and viable place for artists to be in right now. I think that Jeffrey [Deitch] and MOCA for me make it all the more exciting and welcoming. There are a lot of things that L.A. has to offer that New York doesn’t have, and I guess one of them would be space, the amount of space. And now there’s a lot of dialogue with all the different artists, and I really do think that Jeffrey [Deitch] has revitalized it and made it more exciting. 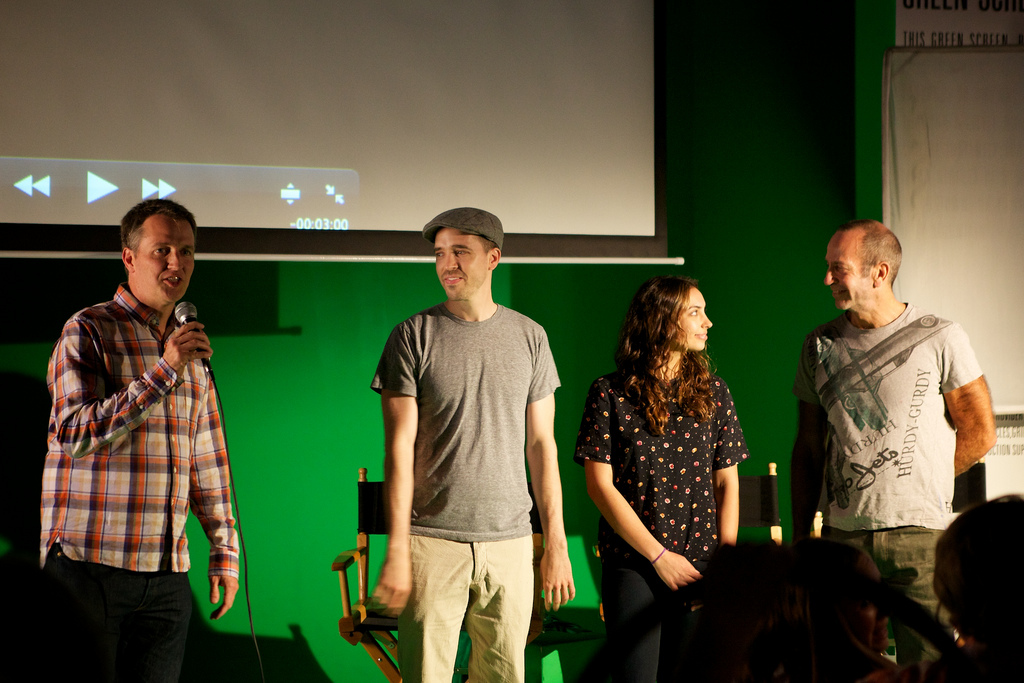 AM: Why do you feel the graffiti to gallery movement that happened during the time of the Fun Gallery wasn’t sustainable? How is it different now?

KS: Why did the Fun Gallery die? Well, I think sometimes the art world moves in waves like almost fashion. I don’t think art should be fashion but it can be and I think when graffiti meshed with the art scene back in the early 80’s, it was quickly eaten up and quickly thrown away. I think some of it has to do with the fact that the audience has a tendency to want to turn art into fashion, where it’s cool and then it’s not cool. And then the other might be that some of the artists didn’t really have what it took to maintain in the art world, and I think that has to do with knowing your art history. It’s kind of important to know. If you’re going to get into the art world and you want to be in art history, then you have to know the art history. And I think a lot of them just jumped into it very naively and didn’t understand why it didn’t sustain. So I think it’s a combination of the art and the audience and the influence of graffiti and street art, even though it sort of went out of fashion and it’s obviously back in fashion, I think that the influence is definitely here to stay. The influence is definitely entrenched in the culture at large. 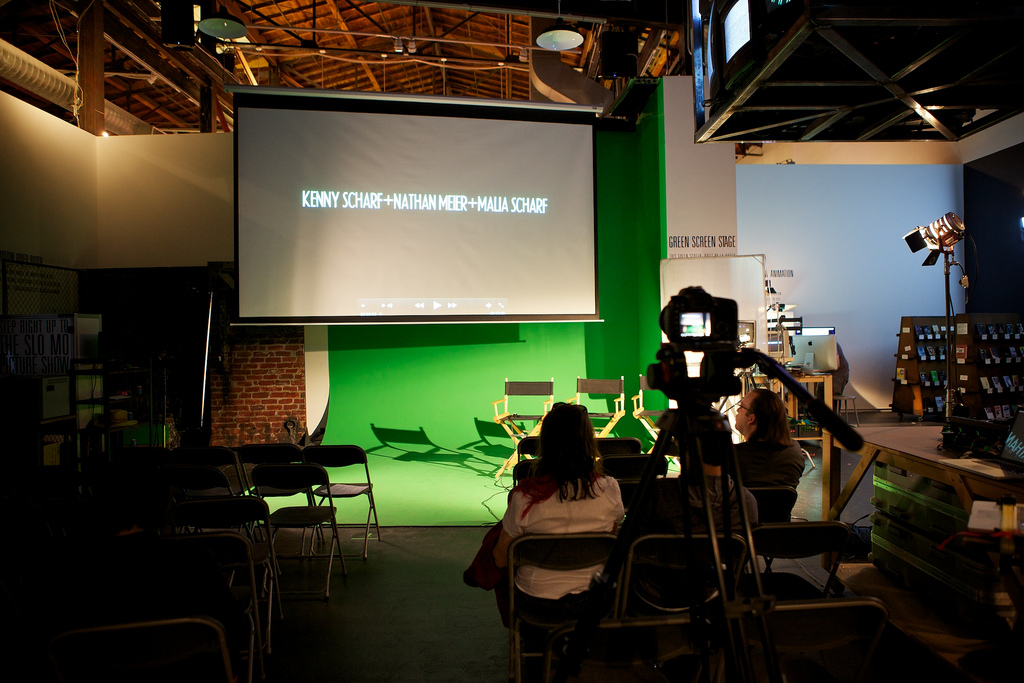 AM: Regarding the Houston mural, what are your thoughts on your work getting defaced? Why did you feel the need to repair it rather than allowing the urban environment to take on its natural course? And how has it impacted the way you think about your work?

KS: I’m glad that I fixed it. It’s like if you do a big painting, and someone screws it up, most likely you’re going to want to fix it. So that’s why I did that. As far as how I felt about it, I didn’t like it at all. It seemed to be done out of anger, which doesn’t feel good. I didn’t take it personally because I don’t know these guys who did it, personally. I don’t think they did it personally against me. I think they did it because it’s such a highly visible wall, and it was getting so much attention and they thought well, I’m just going to screw it up.

My feeling is this: There’s a lot of walls out there with nothing on it, and there’s a lot of ugly surfaces. Go ahead and do it on that. Why would you need to go over somebody else’s art? Other than just to be mean, I guess the word is. It really is mean. So it was uncomfortable. I’d never experienced that, and it was definitely stressful, but by the third time, it was always the same people that were hitting it. So by the third time, it didn’t really hurt me so bad. It was like ok, whatever. What I didn’t know the first time, was that all the other murals had a protective coating on it, and mine didn’t. So I fixed it and it got hit again, and I fixed it again, and the second time I fixed it, they put the coating on it, so when it got hit again the last time, they just cleaned it off. So if they had the protective coating the first time, it would have just gotten cleaned off, and probably no one would have talked about it. But the fact that I had to go back and fix it myself, it was very difficult actually. It was not pleasant. I didn’t enjoy it at all. But that’s okay, I fixed it. It looks good. I got it back. 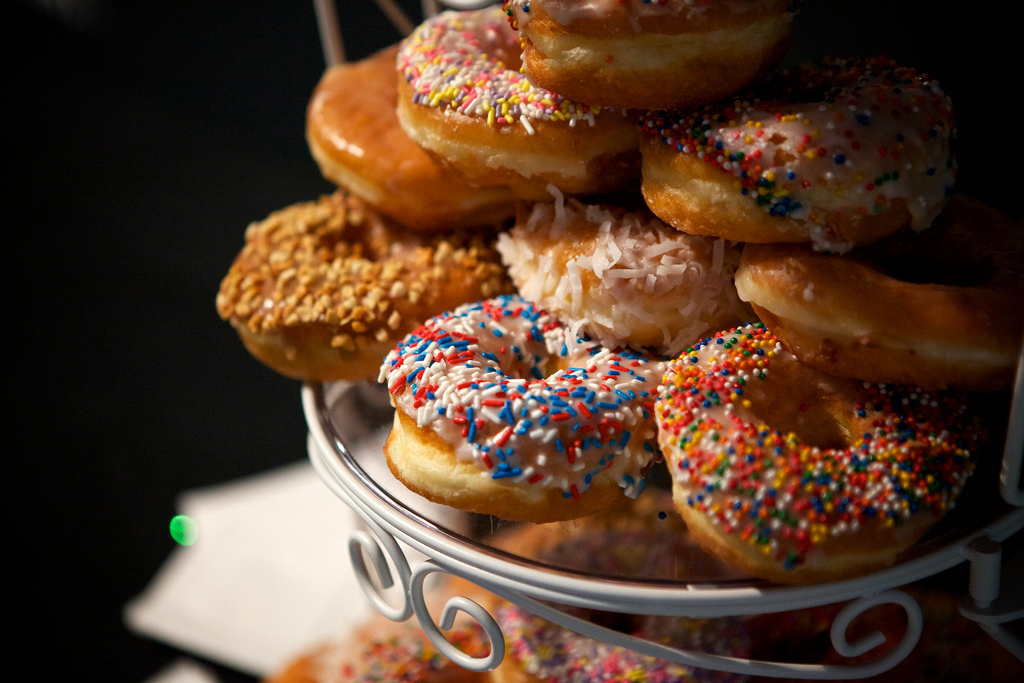 AM: People often make associations between you and Keith Haring and Basquiat. How do you feel about these associations? What was your relationship like with them?

KS: Well, I love the associations. We were very close back then. We were kind of three young artists in the same place at the same time and even though our work is very different, I think we had a healthy competition, and we influenced each other in a lot of ways. I cherish that I got to have them as my cohorts, and it was really difficult when they were gone not only because they were friends of mine, but because I felt so alone, like, “Oh my god, how am I going to maneuver now? I don’t have anyone to compare myself with.”

AM: So besides Art in the Streets, what else do you have coming up next?

KS: I’ve got a mural I’m doing in Philadelphia, there’s the film that Malia’s working on, and a show here at Honor Fraser in the spring.