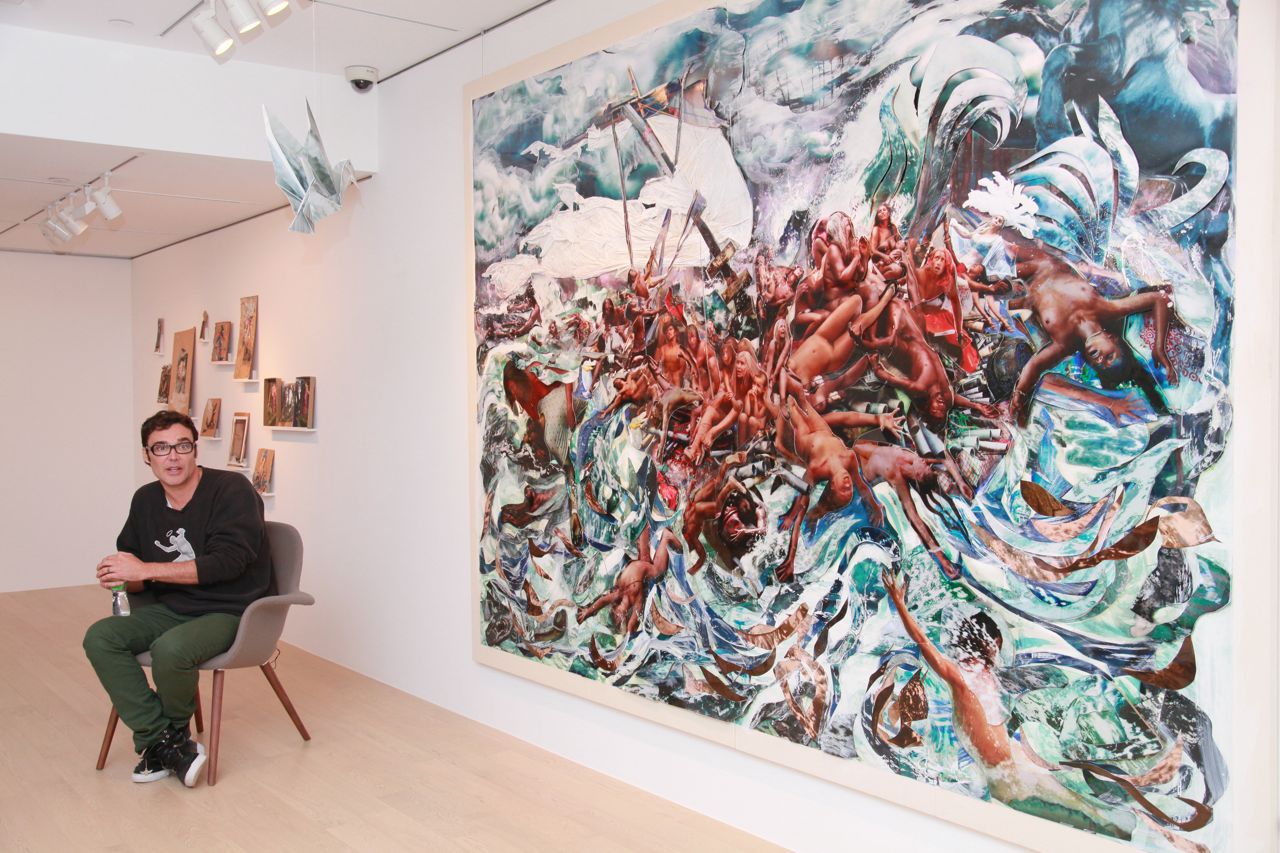 With the centerpiece “The Raft of Illusion: Raging Toward Truth II”, along with its studies and sketches, more literal collage techniques were used, where LaChapelle photographs were cut and reconstituted into an epic construction. Conversely, three pieces inspired by the film posters of the Chinese American icon Bruce Lee employed LaChapelle’s more signature production methodology. The “Bruce Lee” series were completely shot by camera, with no digital manipulations, utilizing elaborate staging techniques to achieve a layered theatrical effect. The exhibition was kicked off with an intimate question and answer forum, where LaChapelle spoke to his inspirations and the East meets West themes within this body of work.

Check out more opening and installation photos, as well as some behind the scenes process shots of the Bruce Lee shoot, after the jump. 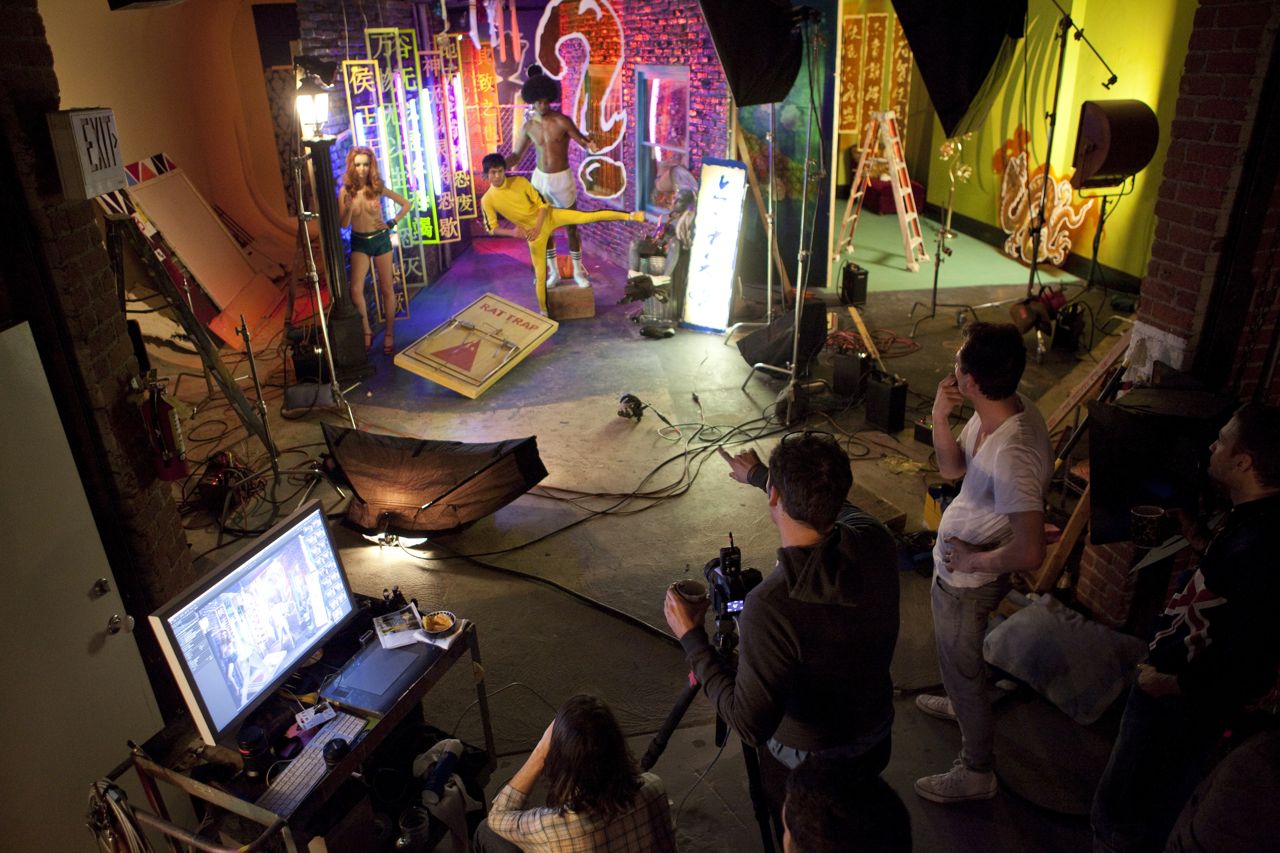 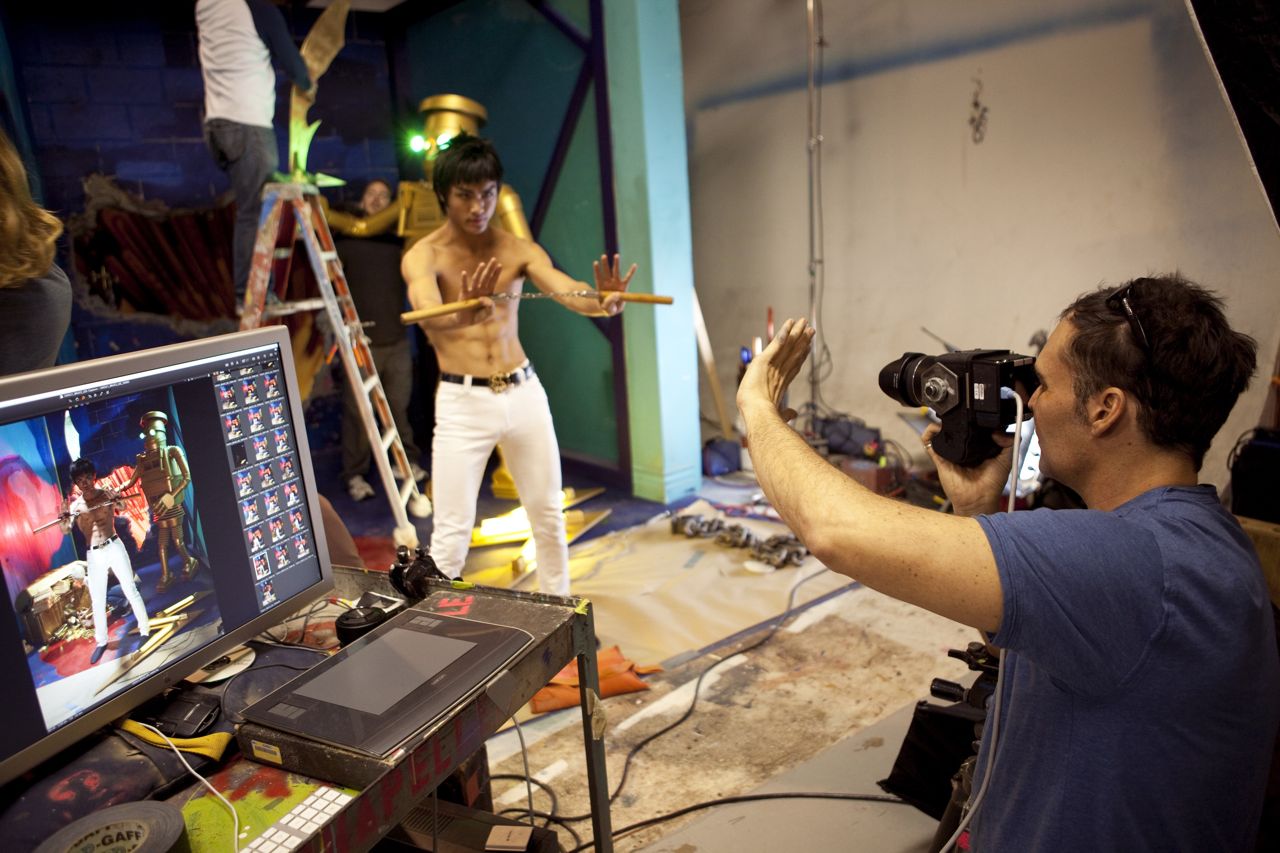 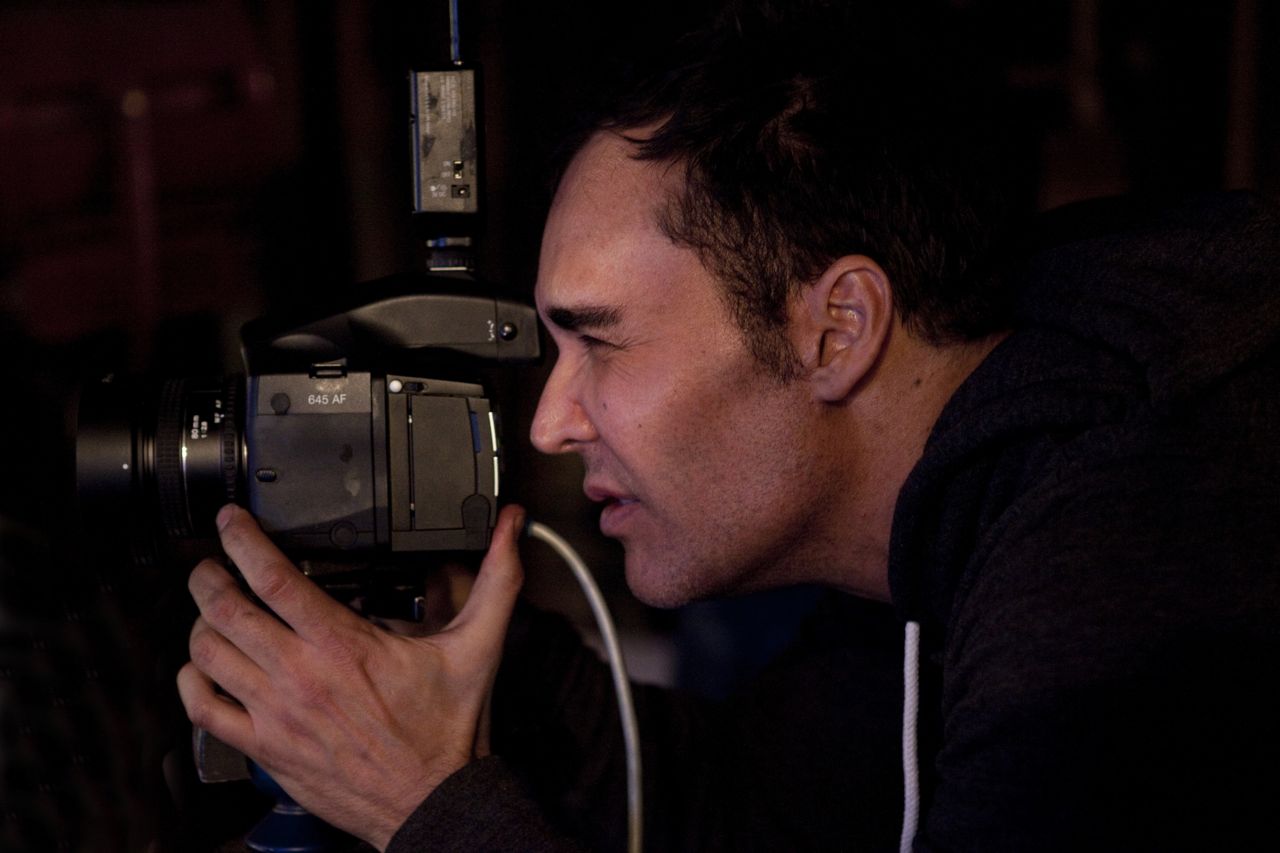 All images courtesy of the artist.
Discuss David LaChapelle here.