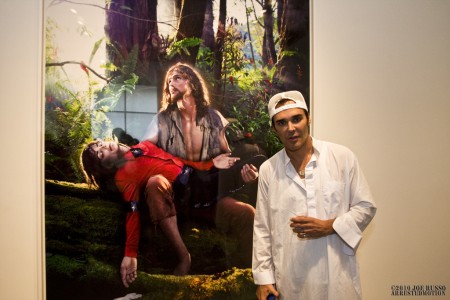 Last Tuesday night, Paul Kasmin Gallery hosted the opening for David La Chapelle’s latest body of work “American Jesus.” We’re not sure if it’s the gallery or David’s following, but the space was jam-packed with onlookers gawking at David’s elaborate digitally rendered photos. Fans dressed up as if it was Halloween, mingling away, waiting to catch some time with the star artist, and much like last month’s crazy Mark Ryden opening, the action spilled into the adjacent streets.

The provocative phototography grabbed everyone attention as they entered the space – from the images of the late Michael Jackson depicted as a modern day martyr to Naomi Campbell in the stunning Rape Of Africa. What was really interesting was the display of David’s sketches/photo studies, which illustrated his research and study for the creation of his intense final products. 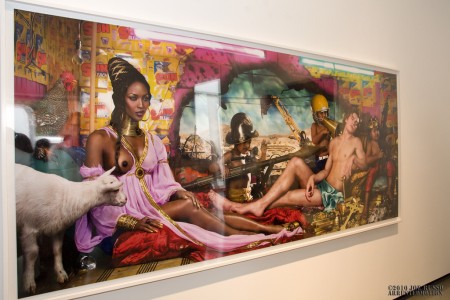 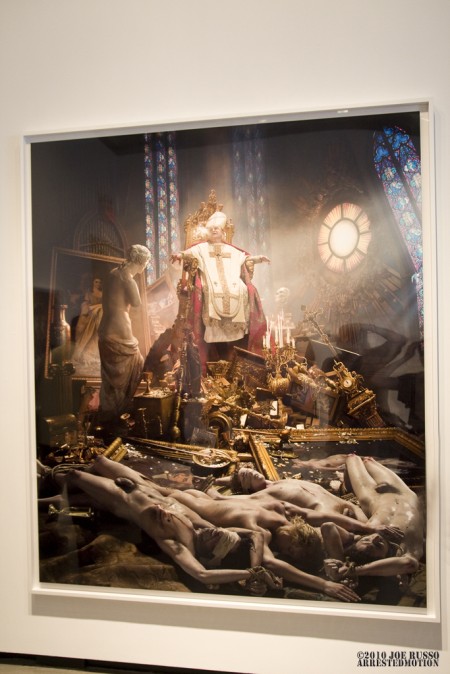 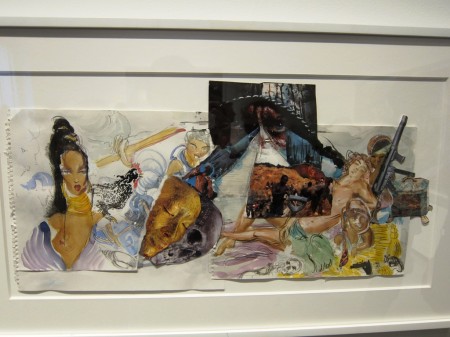 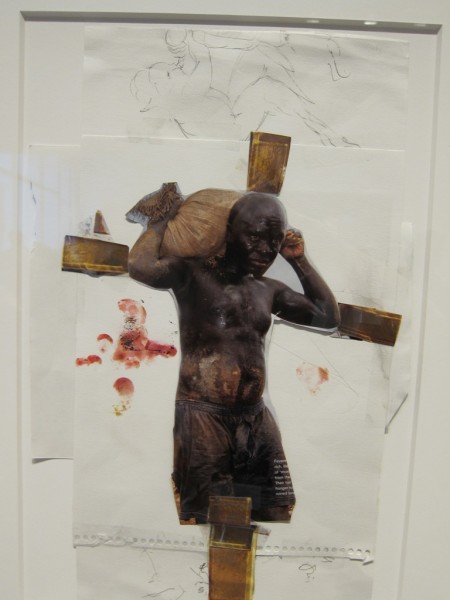 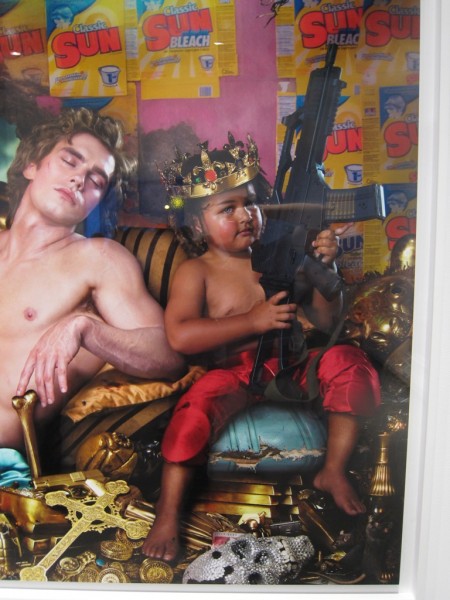 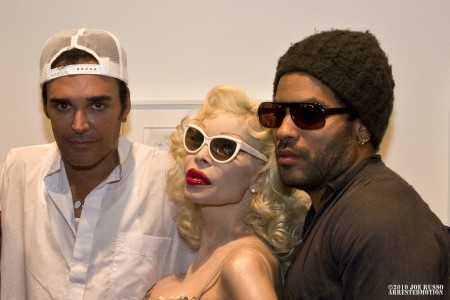