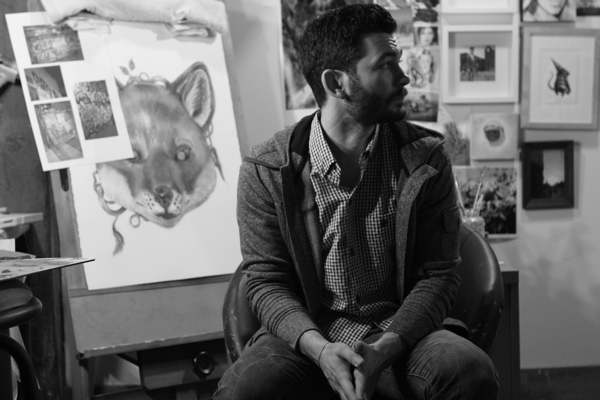 Granted the honor of inaugurating LeBasse Projects’ new Chinatown space with its first solo exhibition, Nate Frizzell (interviewed) will aim to kick things off in dramatic fashion with To Become Myself (teased), opening this Thursday, May 13th. Based around a series of charcoal drawings, the body of work will again serve as a major departure from the status quo, bravely mixing up technique in a manner similar to that of the landmark I Should Know Who I Am By Now (covered), which saw the Los Angeles-based artist switch from acrylic to oil paints with impressive results.

The show upcoming, only further affirming his competency with multiple mediums and his propensity for chameleon-like change, will mark the third solo effort with the gallery. Nate’s whimsical artistic narrative, as well his commonly riffed on themes of nature, youth, mythology, nostalgia, and spirituality, still reside at the core, yet presented in intimate monochromatic flavor, all while continuing his love of street art imagery and his signature animal masks. A compelling body of work from the exceedingly talented artist.

Check out a preview of a few of the actual works as well a teaser video (by Jeremy Asher Lynch) after the jump. 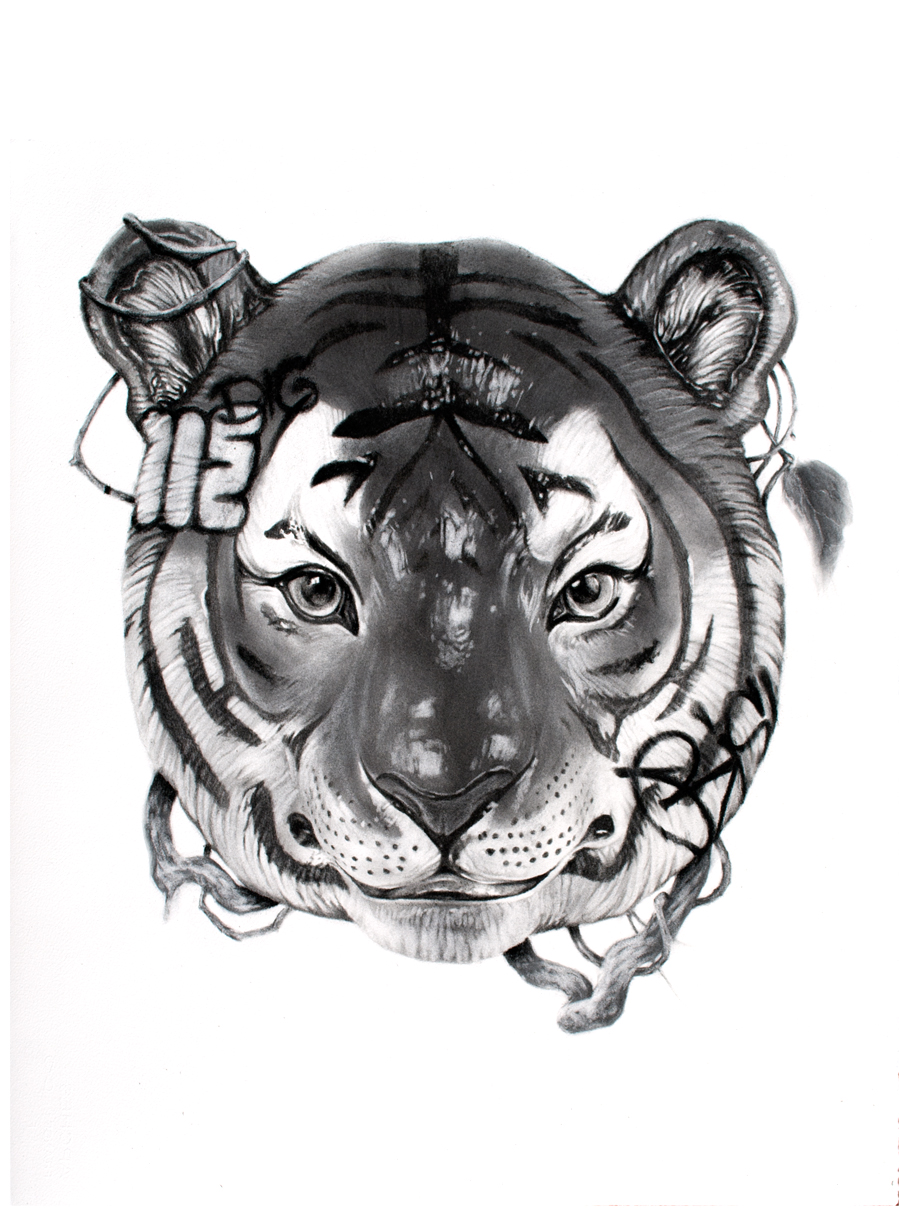 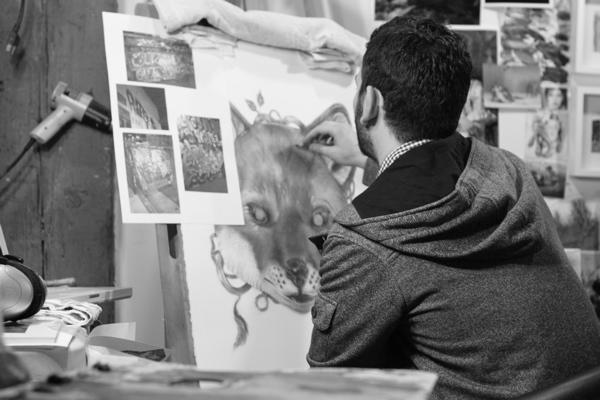 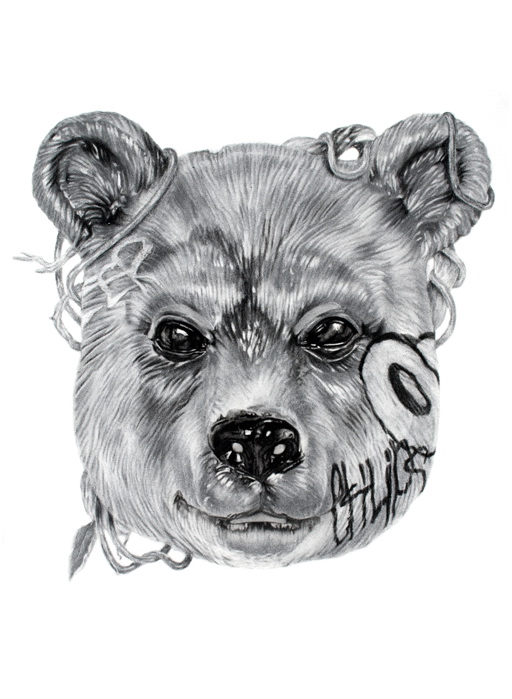 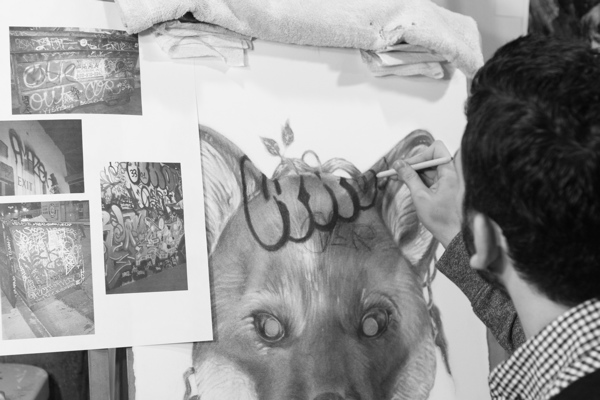 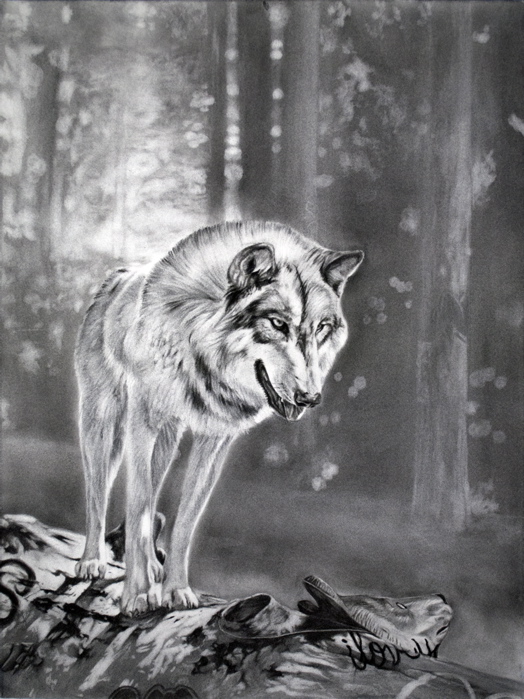 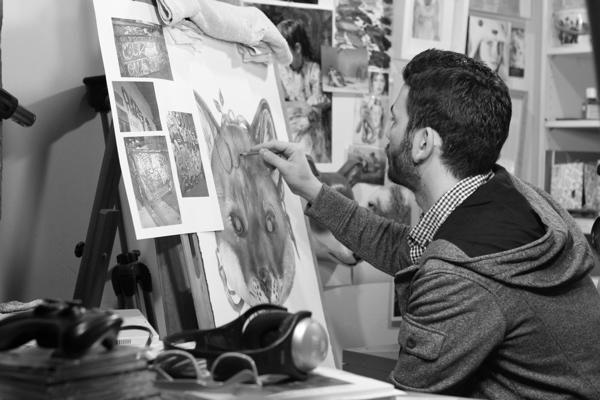 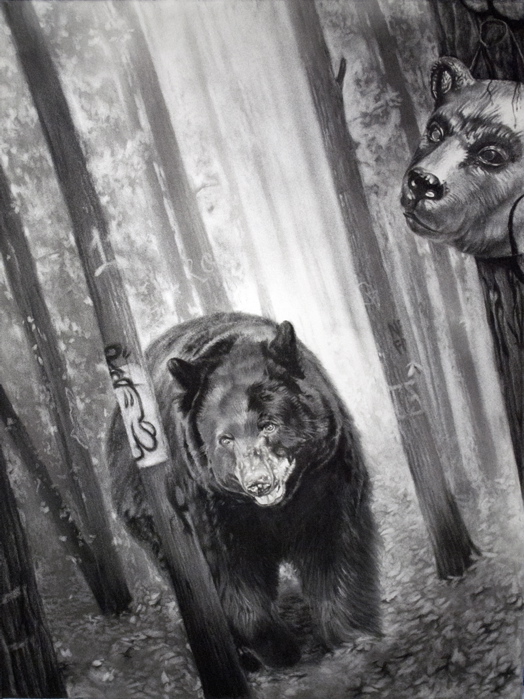