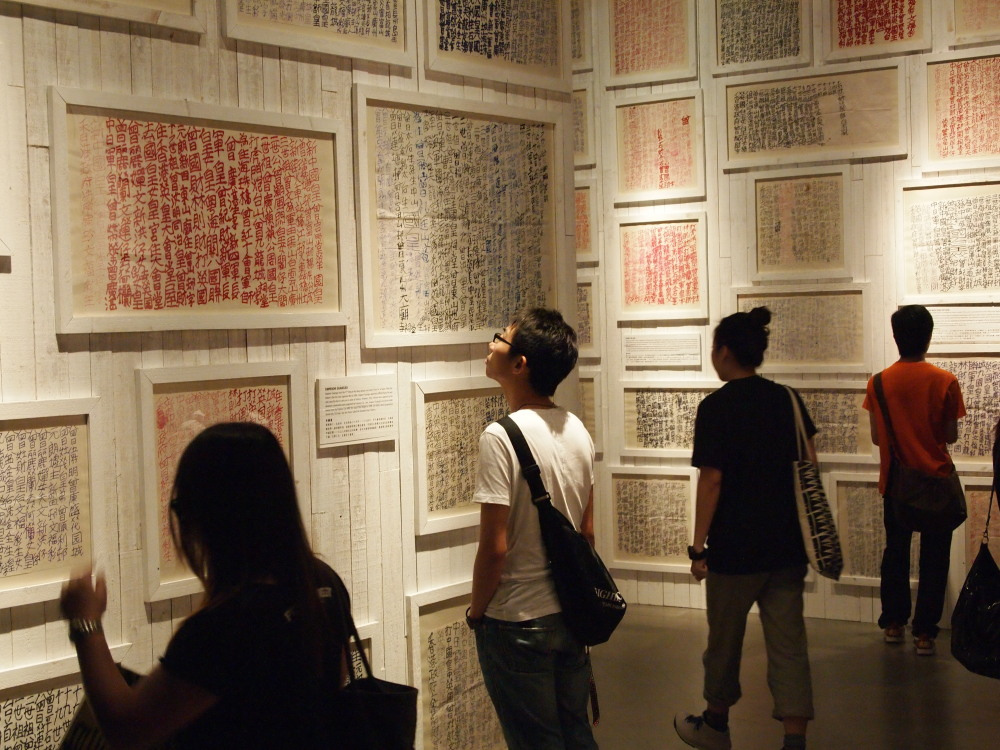 We touched on the life and “career” of the late Tsang Tsaou Choi, or the self-styled “King of Kowloon” back in 2009 when his work achieved a nice hammer price at auction. For those still lingering in Hong Kong after the close of Art HK, perhaps now is a good time to revisit his work seeing that there is a show at the ArtisTree venue located in HK.

Entitled Memories of King Kowloon, the exhibition features original work from the OG “street artist” who spent his life painting the walls in the metropolitan city with “his name, his title (Emperor or King of Kowloon, Hong Kong, or China), his family tree – a variable list of about 20 individuals, the names of illustrious emperors, and the exclamation, ‘Down with the Queen of England!” As a strange intersect, Invader was huge fan of Tsang and gifted him one of his early tiled works and is included in the exhibition among more of the artist’s personal effects.