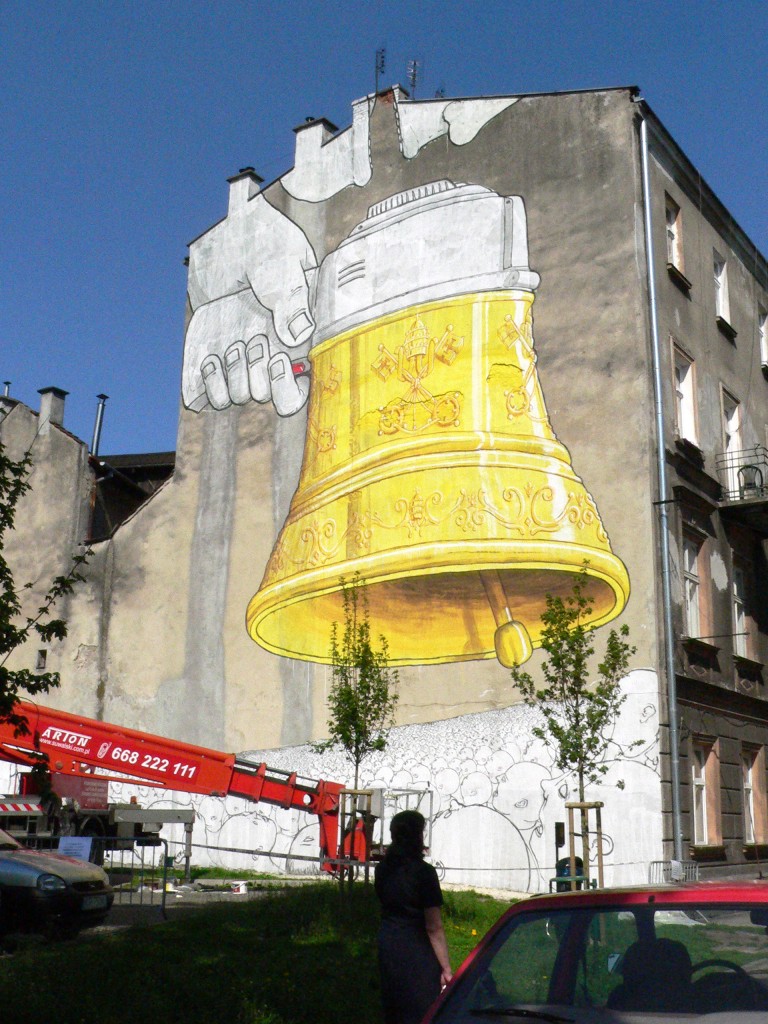 It looks like Italian street sensation Blu is not shy about letting the world know his views on religion.  First came the mural in Bologna over the Easter weekend featuring a praying man eating his own “pasta” brain, perhaps indicating religion is all created in the mind.  Now, this new piece in Krakow features a bullhorn made from a bell (maybe the famous Royal Sigismund Bell regarded as one of Poland’s national symbols?) speaking to the mindless masses. Does anyone recognize the seal?

*edit* Ah, it is the papal seal. Thanks to one of our readers who commented below for the tip.

More in-progress images after the jump…