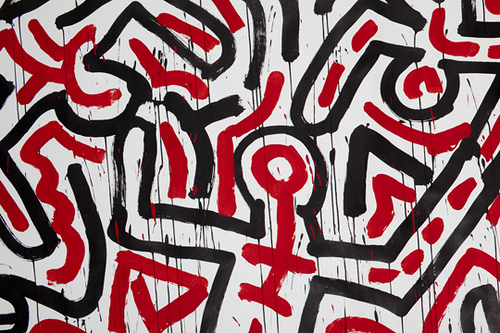 On May 4th, Gladstone Gallery will open a rare exhibition of never before seen works by Keith Haring. Focusing on the early evolution of Haring’s raw visual language, the exhibition is anchored by three previously unseen live paintings on paper created during a series of Bill T. Jones performances hosted at The Kitchen in 1982. The exhibition will also present a selection of the NY legend’s early sketchbook drawings, along with a series of lithographs commissioned by gallery matriarch Barbara Gladstone in 1982, which would serve as the first prints ever produced by the iconic artist. It’s an uncommon occasion for Haring’s work to be seen outside of the museum environment, so this is more than worth going out of your way for when in the Big Apple anytime before July 1st.