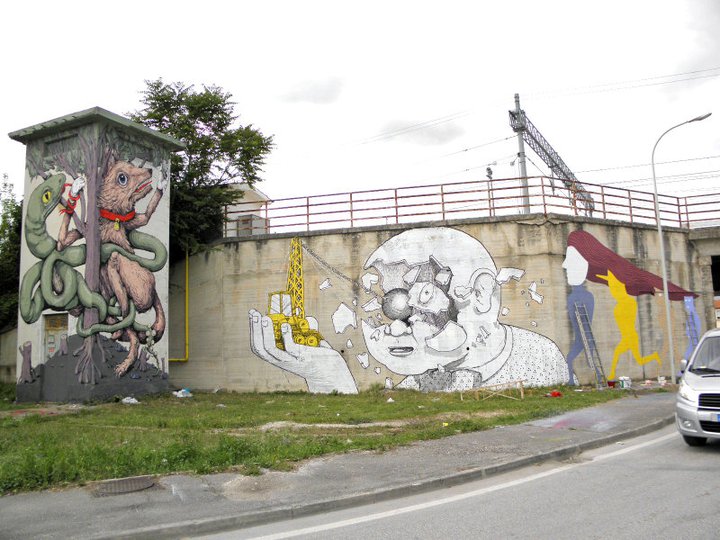 Reprising teamwork that has become familiar to street art fans everyone, Blu and Ericailcane hit up the R.I.P.Arte Festival in Fabriano, Italy recently with these two side-by-side pieces. The dynamic duo have been tearing up Europe recently at a frantic pace with their in-demand mural skills (last collab in Bologna), especially Blu (Palestra, Jensi, Krakaw, Poznań) whose prolific appetite for walls boggles the mind.  And, it seems there is no end in sight as he’s getting up in Germany at the moment.

The event also featured work by Dem, Eleuro, Lemeh42, Mosone, but more detailed pics from Blu & Ericailcane after the jump… 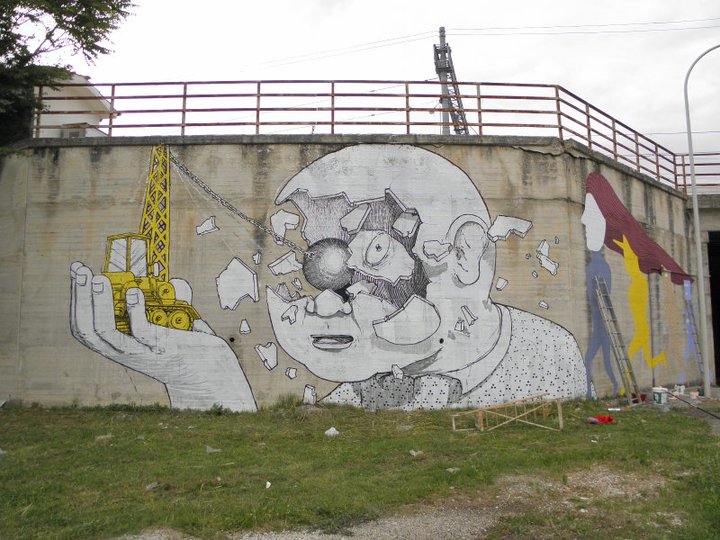 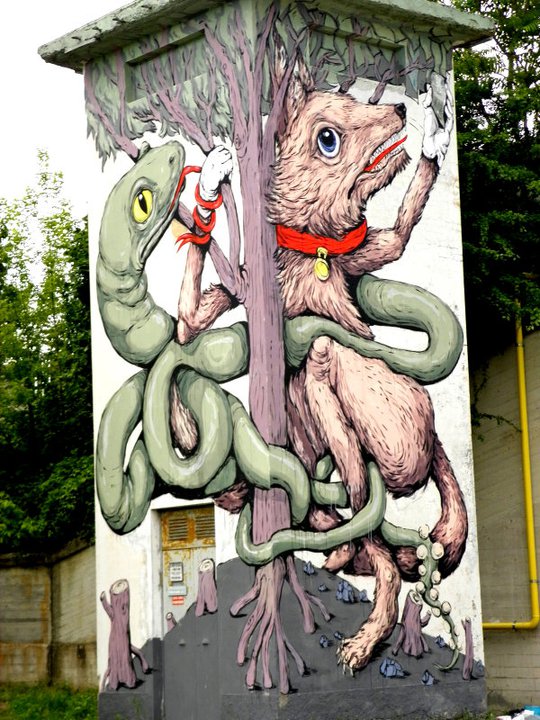