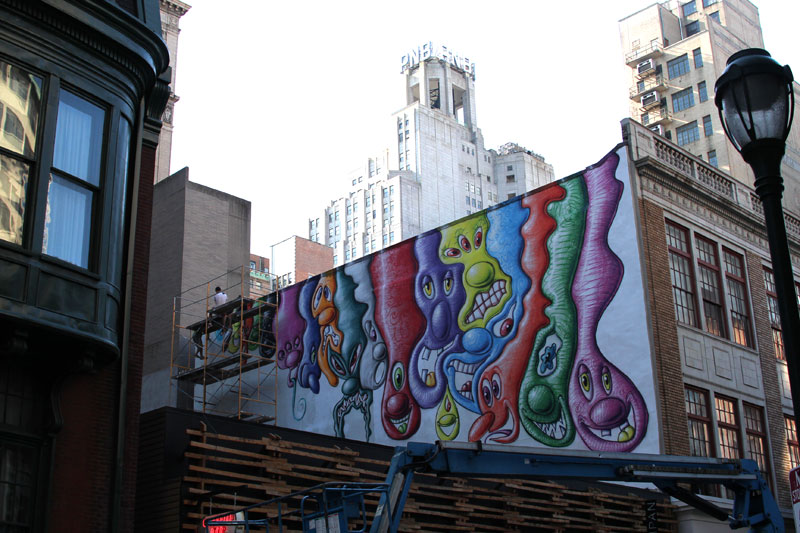 After collaborating with Liu Bolin in New York for the Chinese artist’s Hiding In New York series of works in front of his Bowery & Houston mural, street legend Kenny Scharf (interviewed) headed over to the City of Brotherly Love for his next project. Painting a crescendo of his creatures on the side of tall building, Scharf used his spray cans, scaffolding, and even an umbrella hat in completing this large Philly mural in just four days.