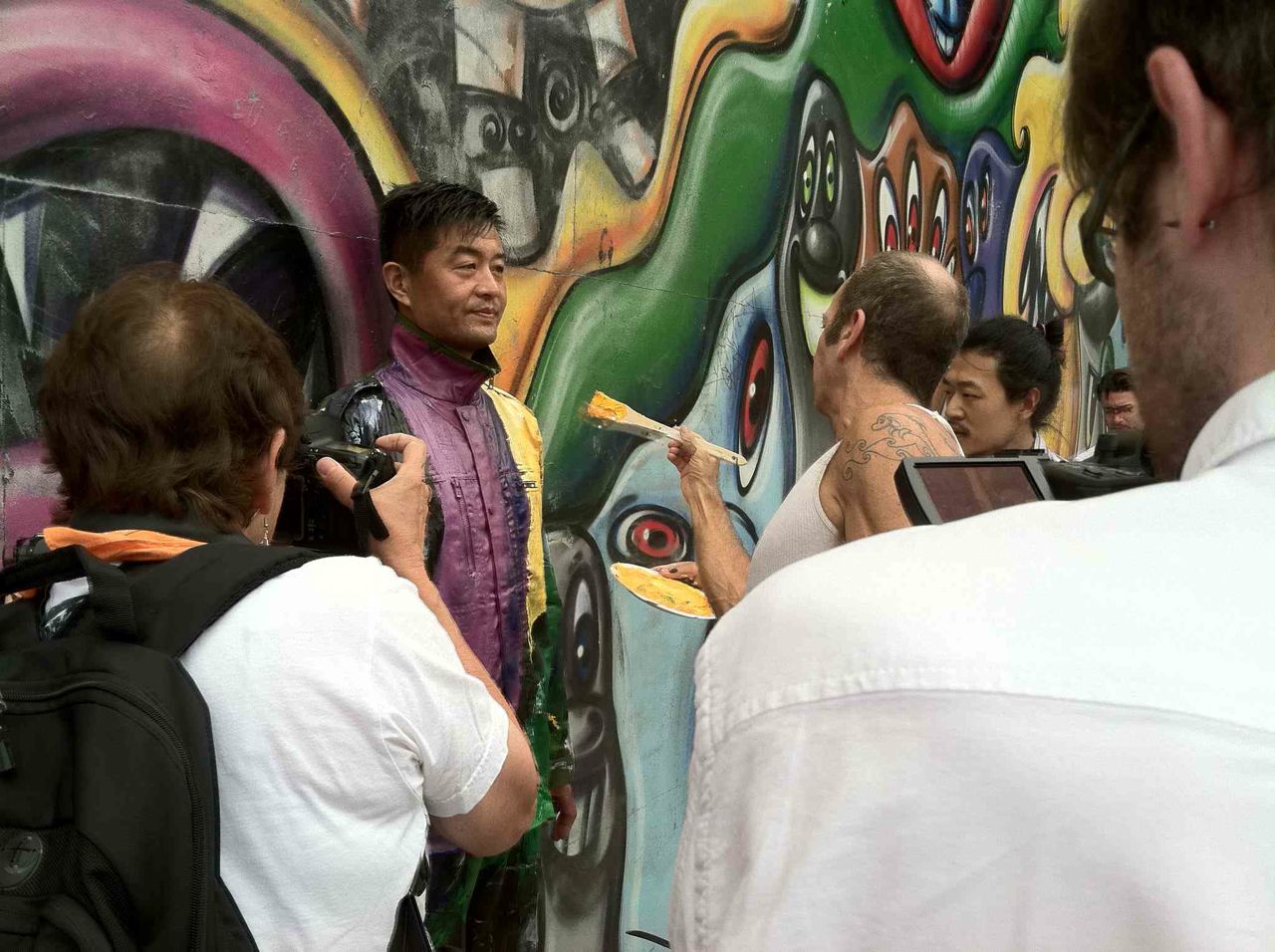 When we broke news of Liu Bolin new solo at Eli Klein Fine Art back in May, we also mentioned that the Beijing-based artist would be taking advantage of his time in New York to create a Hiding In New York series of works to be released later in the fall. Well, it looks like “The Invisible Man” has touched down ahead the June 29th show opening for a photo session in front of Kenny Scharf’s (interviewed) now famous Houston & Bowery mural. Kenny also stopped by to lend a hand in the painting process as you can see in the photo above.

The timing couldn’t be any better as the location will soon be done over by none other than TED prize winner and French street photographer JR, who mentioned his involvement with the mural project to us earlier this month when AM stopped by his NY studios. Also check out more Liu Bolin at the mural action photos on Wooster Collective.