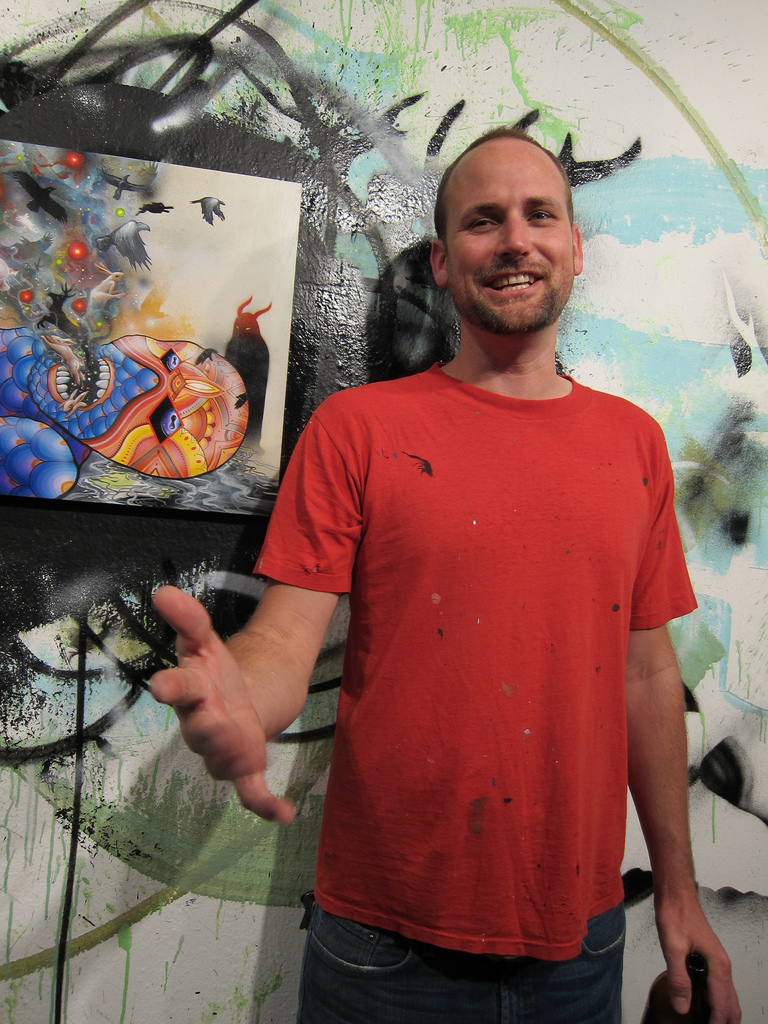 Never the one to shy away from challenging the viewer’s comfort zone while dragging them down to his own chaotic hell via the minions and demons from his mind, Skinner decided to take a step back from his usual creative process, which is typically done with a sense of attack and urgency. Last Saturday evening saw the opening of his latest show at Shooting Gallery, The Fragile Art of Existence, which features a new series of paintings where he decided to take a few risks by allowing himself to create his paintings in a non-pressured state and being “in the moment”. The result is a body of work that is more cerebral and abstract than what he has previously done, which has allowed him go grow more as an artist.

Check out more pics from the opening after the jump, courtesy of Kirkland Jue from Toybot Studios. 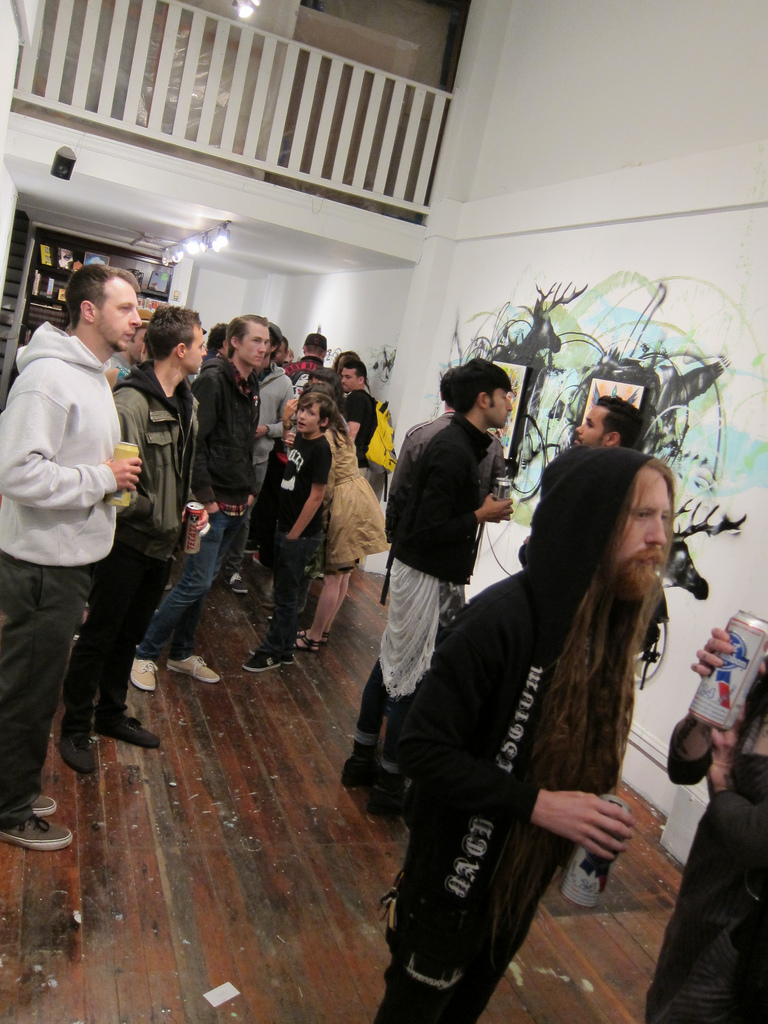 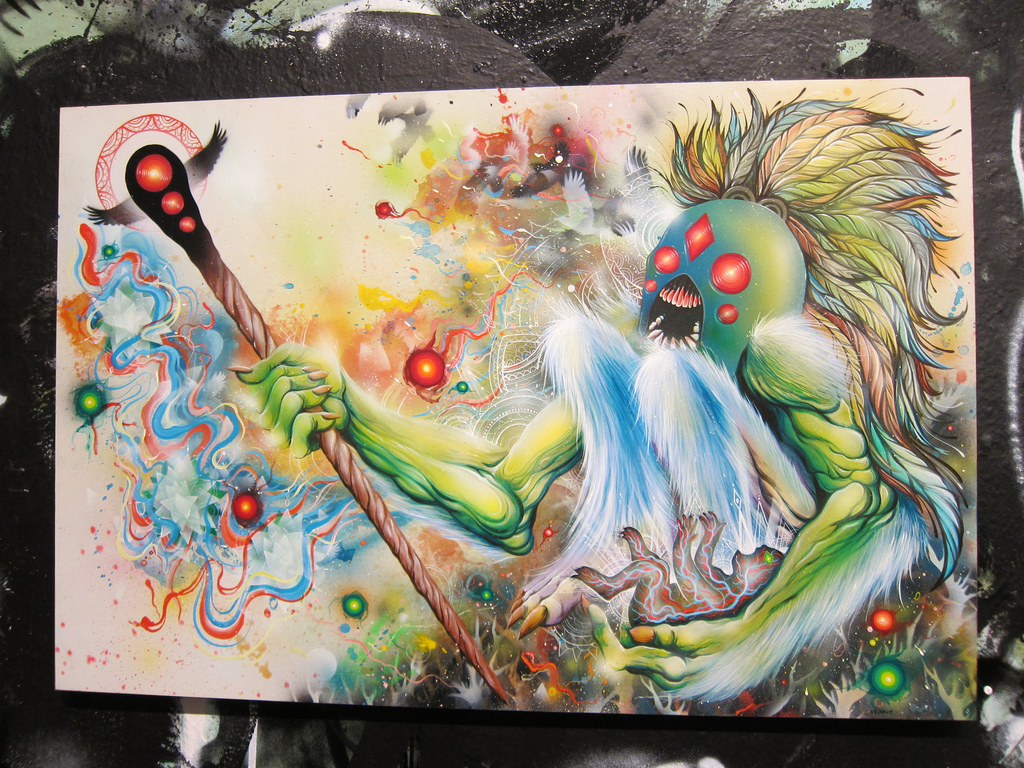 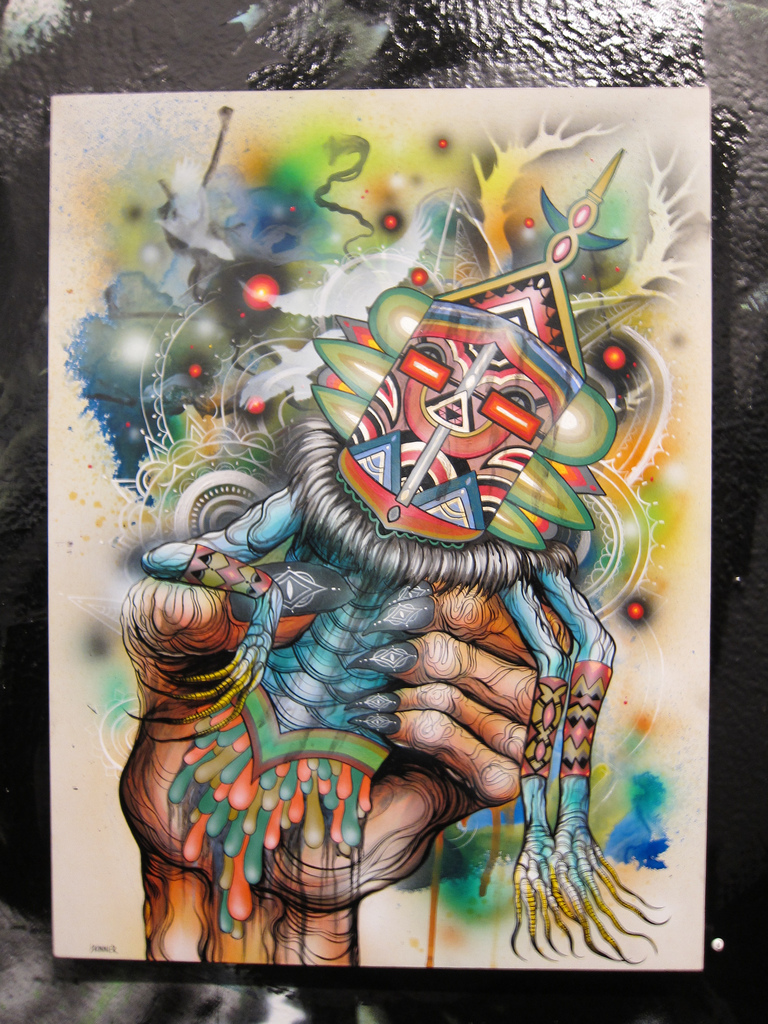