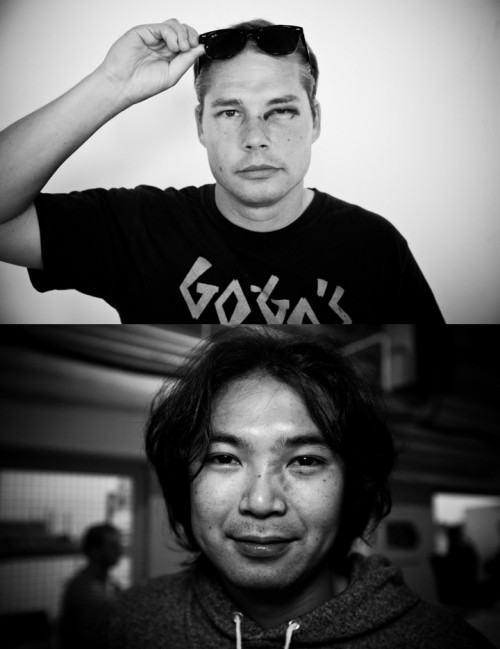 As you know, Shepard Fairey’s (featured) was just in Copenhagen for his show at V1 Gallery (covered). We had privately been told by multiple sources that him and Romeo Trinidad of OBEY Clothing had been attacked while in town, but didn’t want to write about it until there was official word released (which just happened). Suffice it to say, it was a complicated situation in part perpetuated by misinformation in the press surrounding the first mural in a series of murals he did on the streets.

Shep ended up with a black eye and broken rib but thankfully with no serious injuries. The controversy stemmed from the placement of the mural next to the old 69 Youth House and subsequent misunderstandings leading to the attack as well as the mural being bombed, then repaired beautifully with the help of some of the artists from the Youth House collective called RaxArt, then fire extinguisher bombed again.

See it all after the jump… 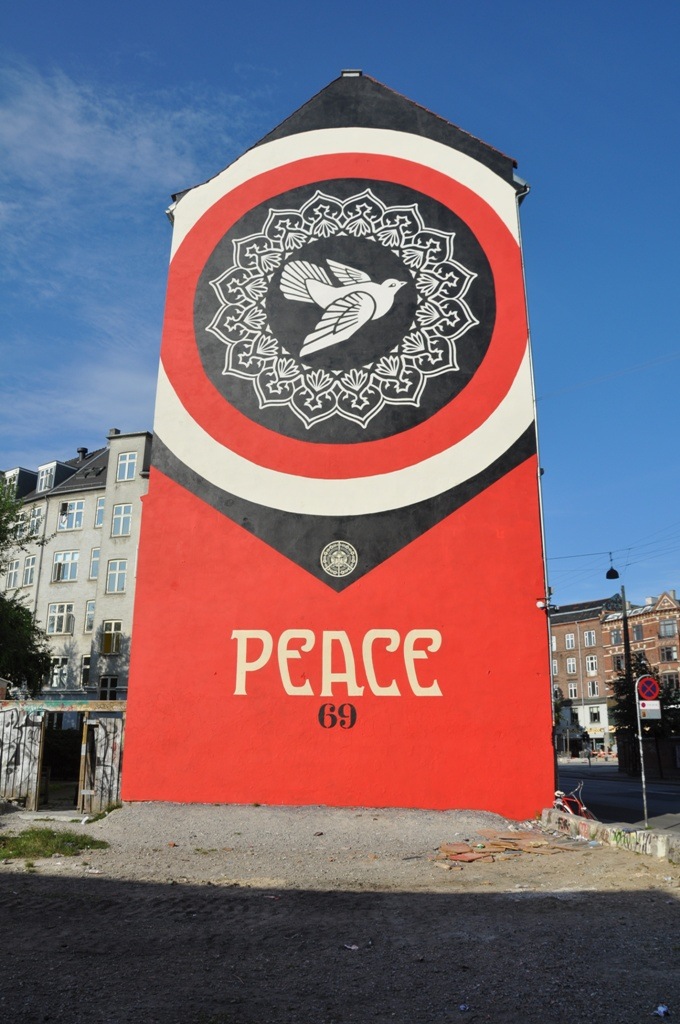 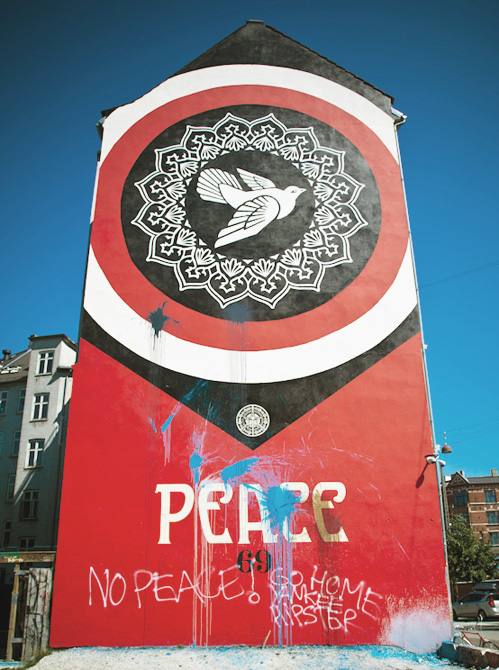 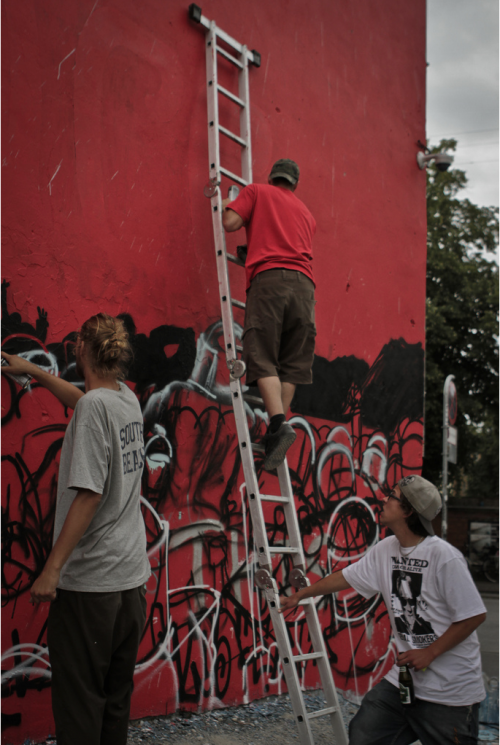 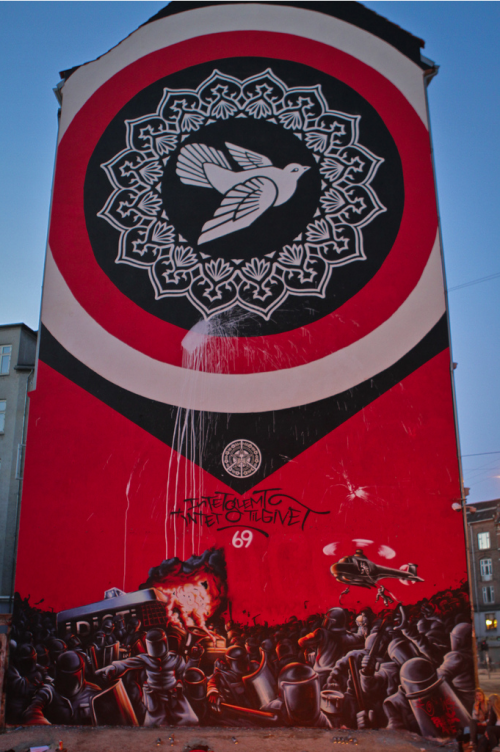 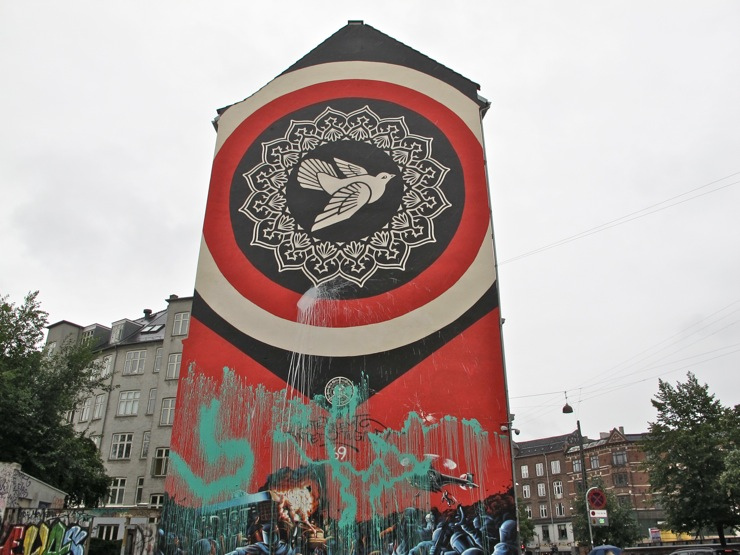