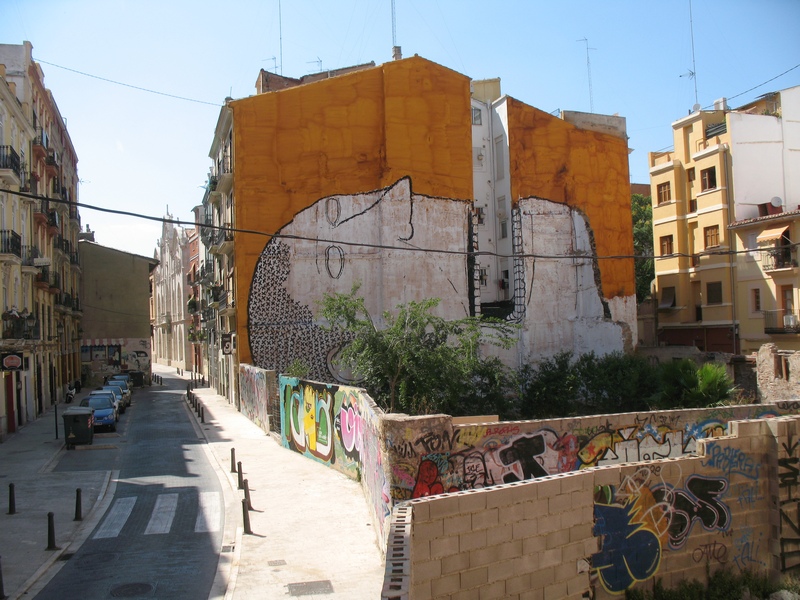 After a machine-like summer which saw Blu continue banging out thought provoking murals in the Eurozone in a near never ending stream of projects that started back in March (see Italy, Bologna, Palestra, Jesi, Krakow, Poznań, Fabriano, Cologne, Grottaglie, Valencia, Italy), the Italian street maestro has apparently worked his wizardry on another massive wall in Valencia, Spain. The coastal Mediterranean community had served as ground zero for a nice tandem collaborative effort with Escif back in July for the Arquitecturas Colectivas street art event.

This time Blu takes center stage and illustrates his dedication to the craft, forced to go old school by painting the upper reaches of the wall sans motorized lift or even scaffolding instead precariously relying on ladder and extended roller alone. The mural highlights his innate ability to integrate his imagery within the architectural features of the building, as well as this time incorporating a bit of mixed-media into the equation; a hanging smiley face!

Check out process shots after the jump. 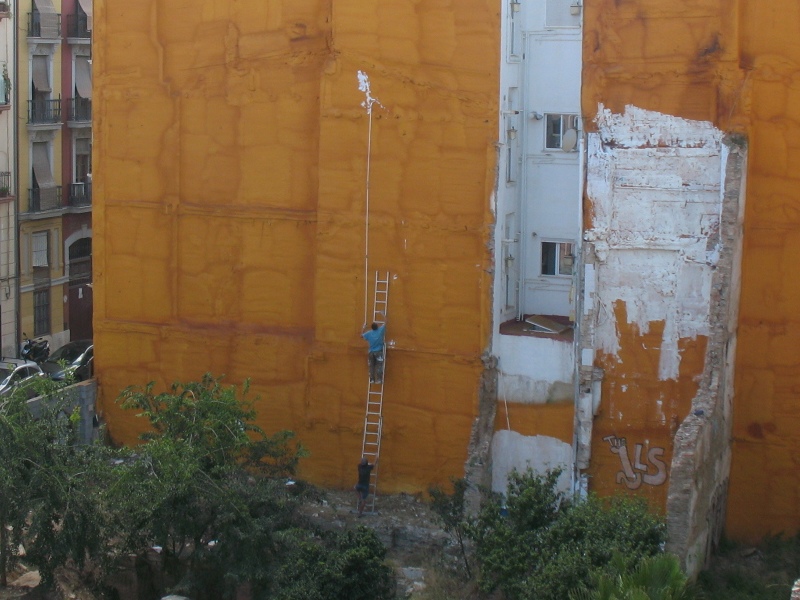 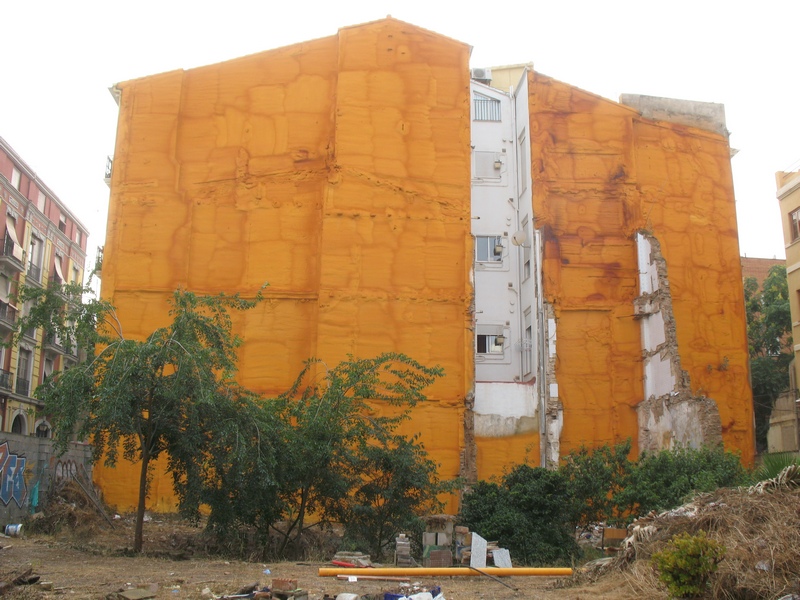 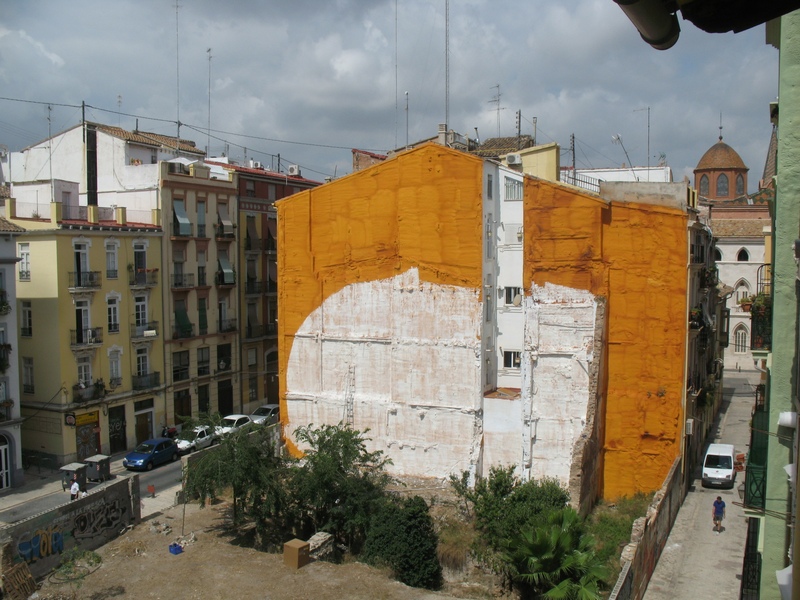 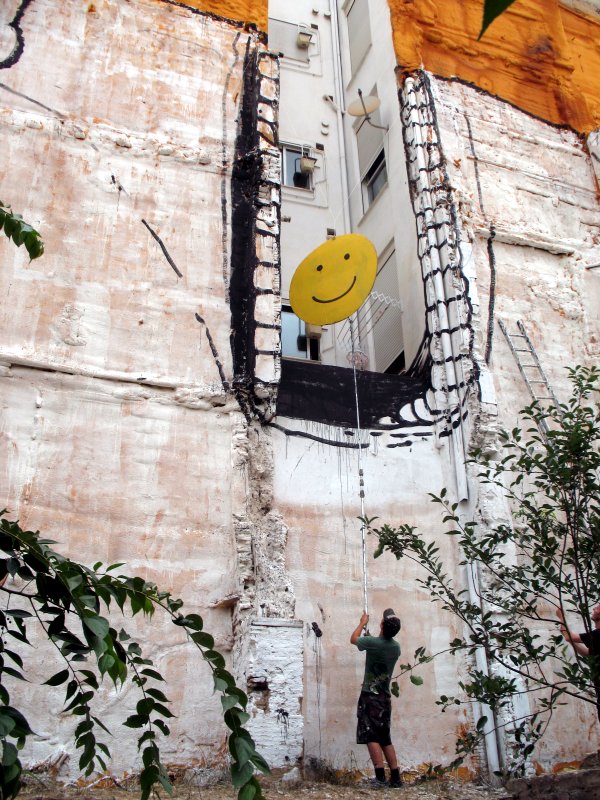