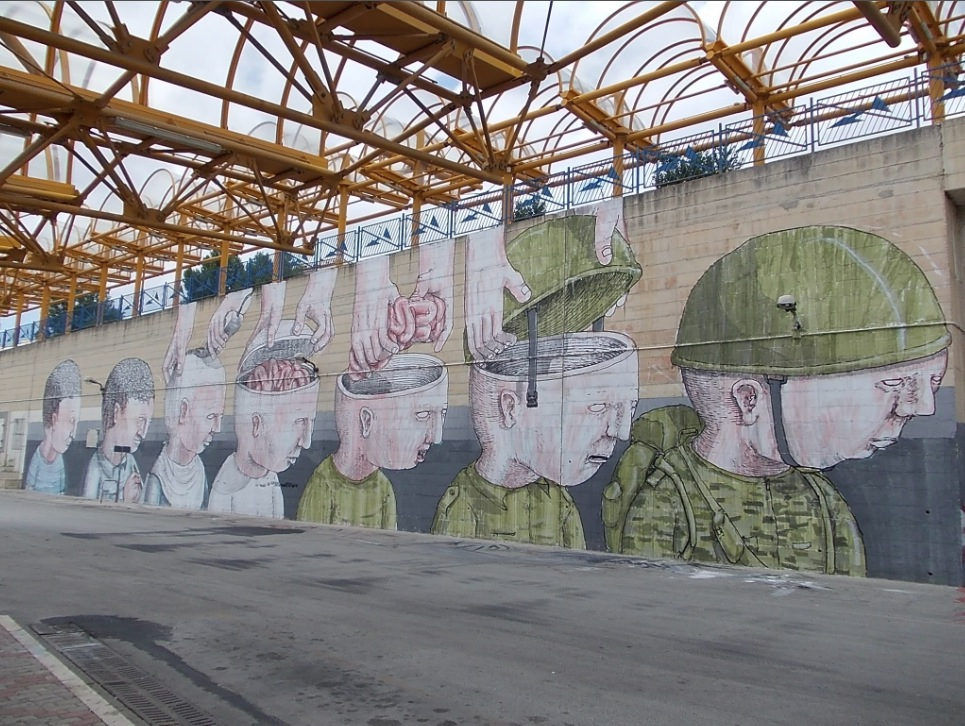 Continuing to tear through Europe (Bologna, Palestra, Jesi, Krakow, Poznań, Fabriano, Cologne, Grottaglie, Valencia, Italy) at a torrid pace since March, Blu has hit up his home country again at the Draw The Line Festival in Campobasso, Italy. This new wall caused some initial controversy, of which the Italian street artist is not unfamiliar with after the MOCA incident, and features his views on war and a biting rendition of how the military produces their soldiers.

More detailed views after the jump… 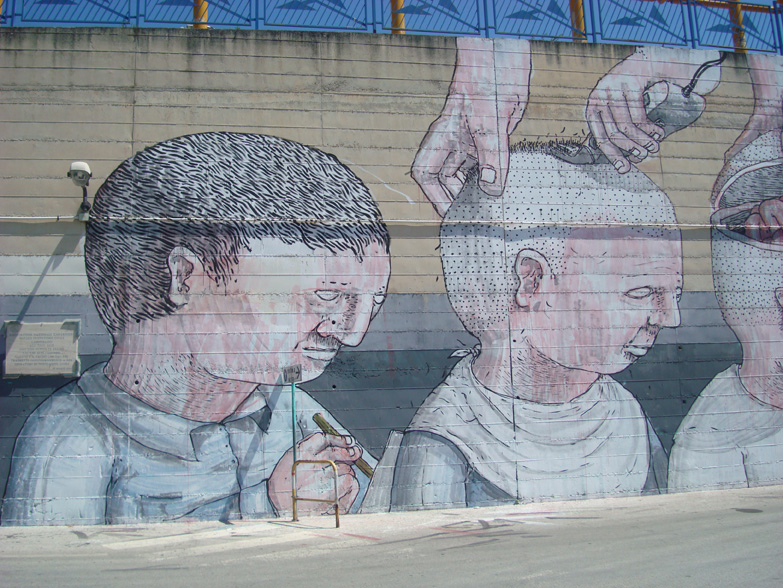 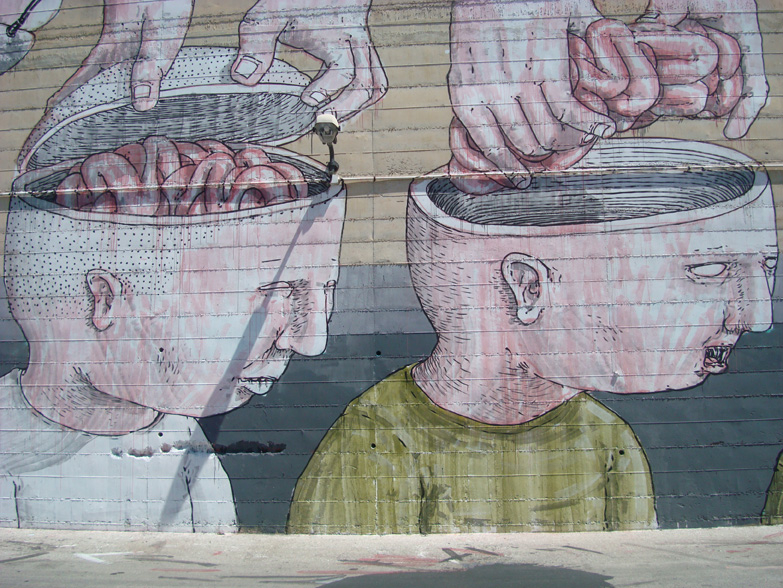 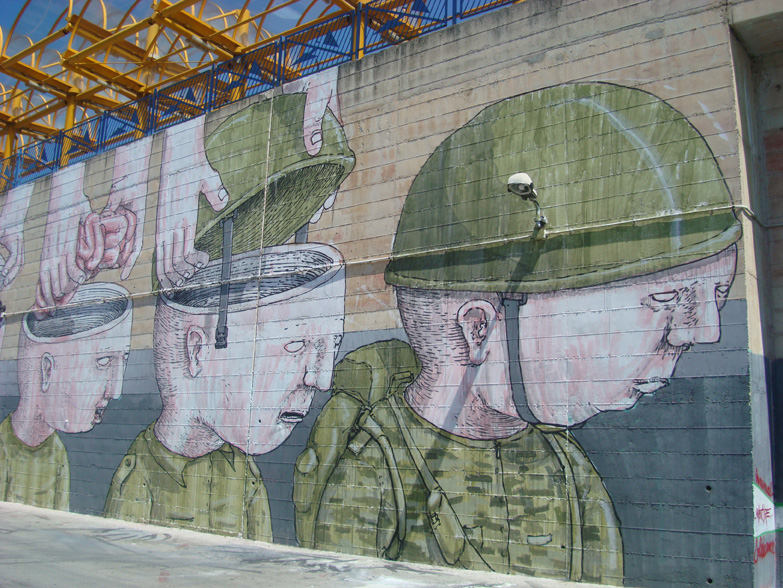 Tipped off by Vandalog. Photos by Sopa Peptazol and Artribune.
Discuss Blu here.