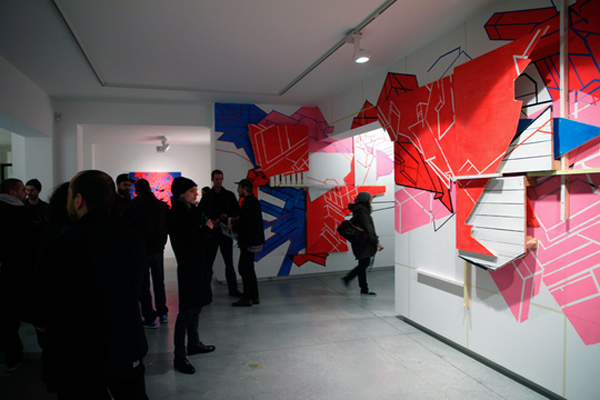 Just the other night, the Alice Gallery in Brussels played host to a new body of work from Boris Tellegen aka Delta. The Amsterdam-based abstract graffiti specialist has been hitting up various parts of Europe recently with his art projects and shows including large-scale sculptural pieces in March at the Muziekgebouw Concert Hall in his home-city (covered) and then Basel, Switzerland for a showing at the kunstraum.ch artspace (covered) in July. This time around, Delta brought a wide variety of works collectively entitled Abundance to the table including paintings, collages, installations, projection video, as well as some minimalistic sculptures.

More photos after the jump via glltn…