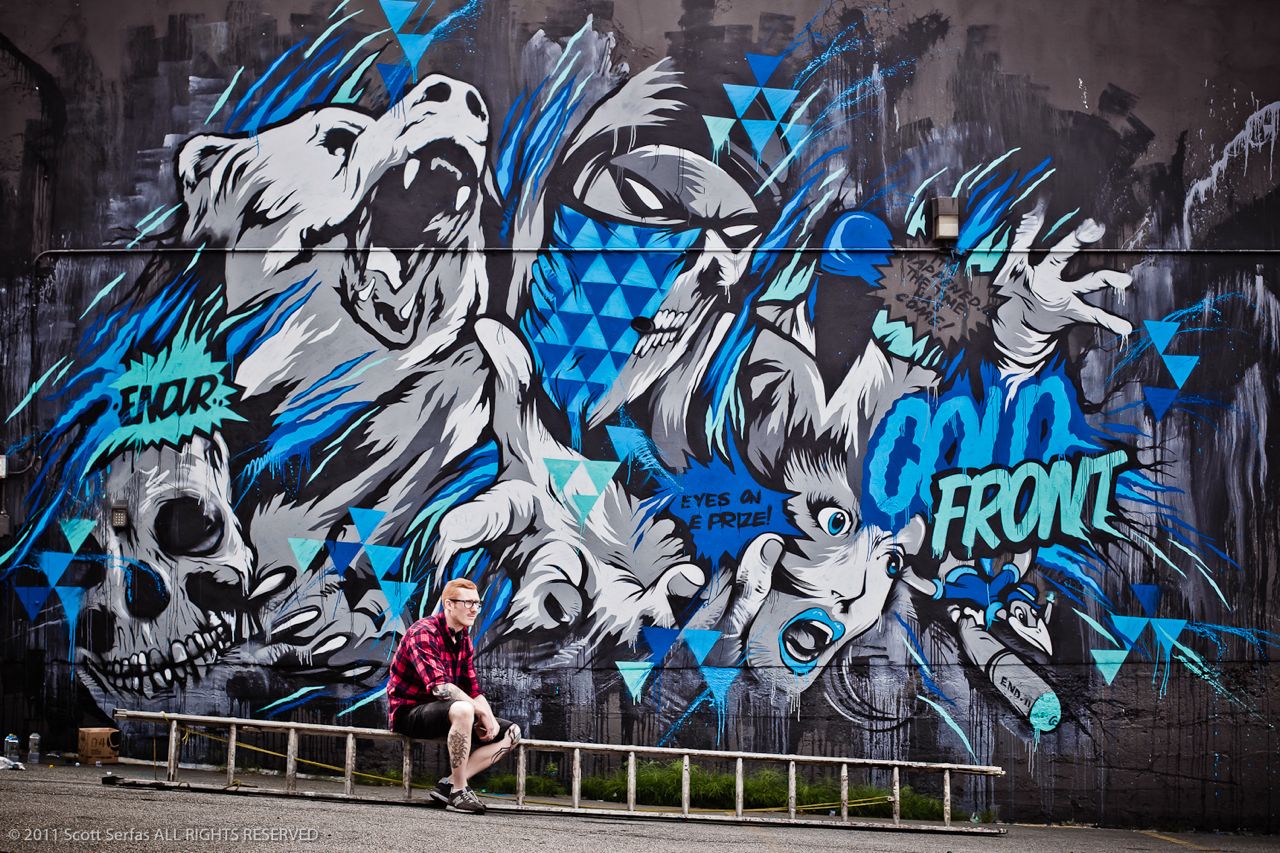 Meggs, who recently invaded San Francisco along with members of the Young and Free Aussie crew, apparently decided to head up even more north pay a solo visit to Vancouver. While there, a sweet video (filmed and directed by Randy Ross) was put together as he worked on the mural seen above for the Endeavor Snowboards building as well something for the offices. The footage not only spent a lot of time documenting his technique and creative process, it also features a lengthy and insightful interview with the street artist.

Enjoy the video after the jump…