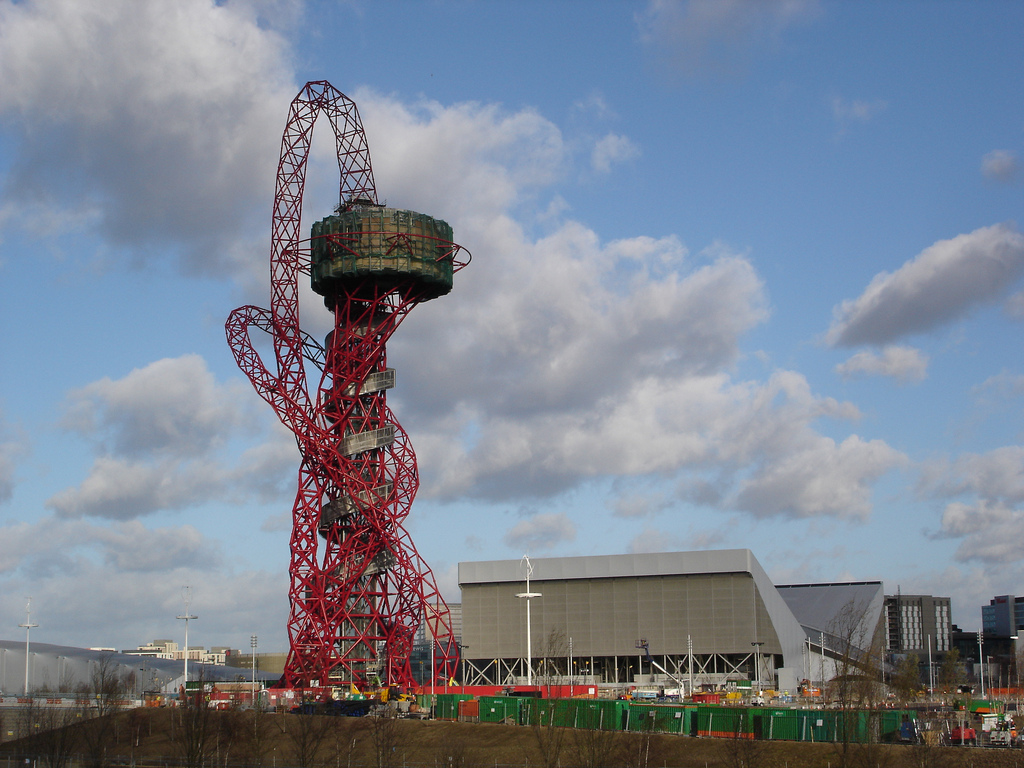 Anish Kapoor’s (with help from structural designer Cecil Balmond) twisting tower next to the Olympic stadium in London that we first mentioned last year has been completed ahead of the summer games for 2012. Dubbed the “ArcelorMittal Orbit Tower” due to steel magnate Lakshmi Mittal, the chairman of ArcelorMittal, investing £19.6 million in the £22.7 million project, the 114.5 metres tall looping sculpture will dominate the skyline as UK’s tallest structure and feature two observation floors, a 455-step spiral staircase, an elevator, and a restaurant.

A closer look after the jump… 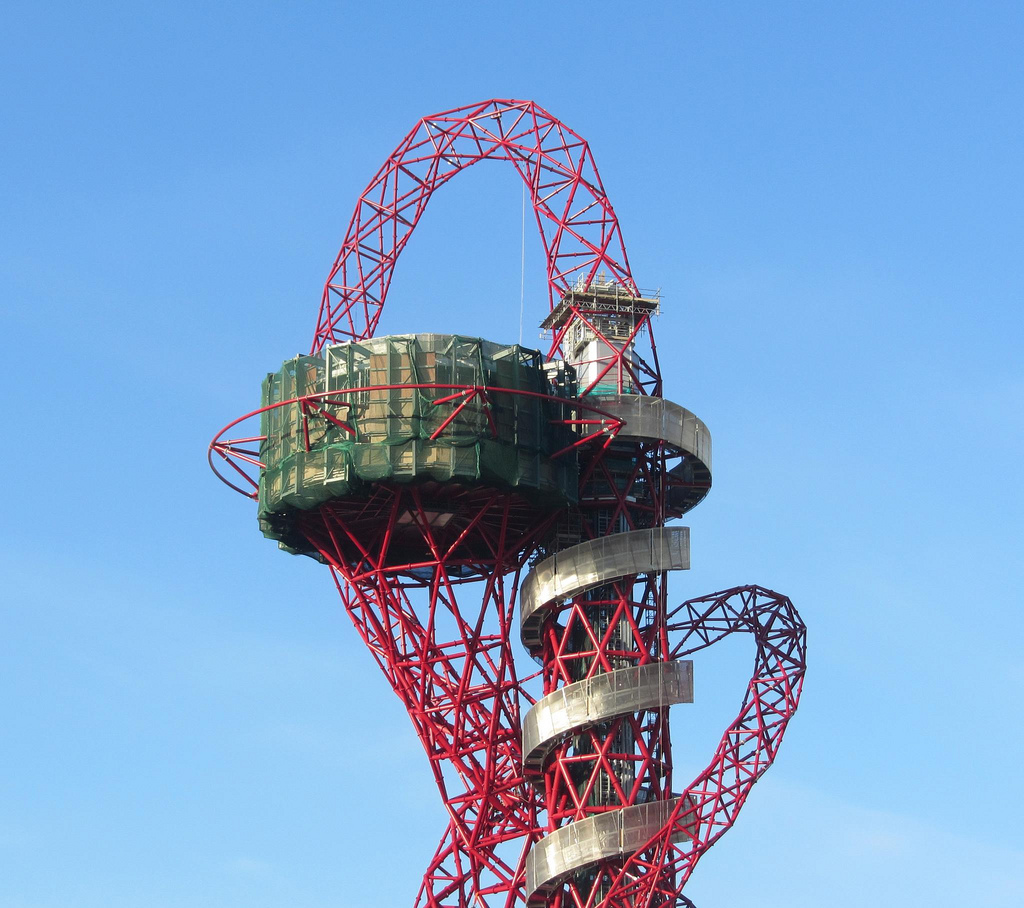