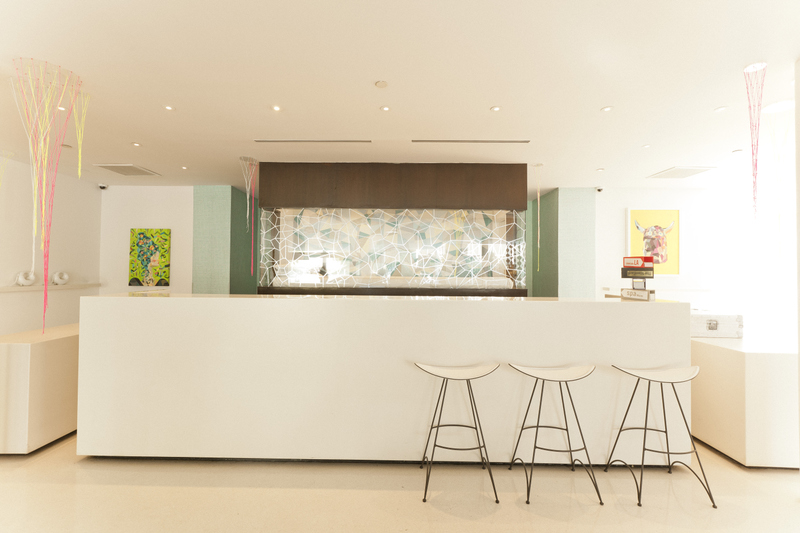 After returning from Miami and the festivities of Art Basel Week, Tim Biskup (featured) headed over to The Standard Hotel in Hollywood to work on a new project. For his second stint as the designer of the installation at the glass vitrine space (see his first here) behind the front desk, Tim decided to utilize his signature pixelated motif in the background wall and foreground glass as well as some abstract twining hangings scattered about the hotel lobby all centered on the theme of an upside down Christmas tree. A couple paintings rounded out the showing, including one from his recent solo show (covered) in Los Angeles. 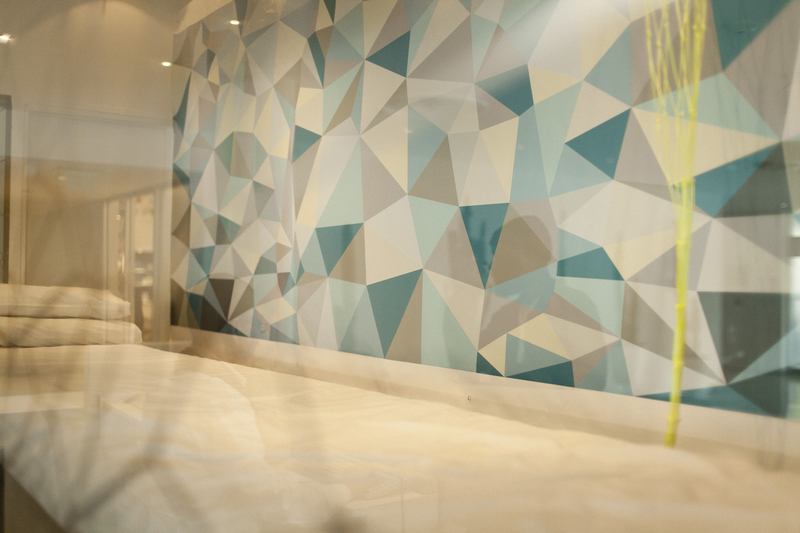 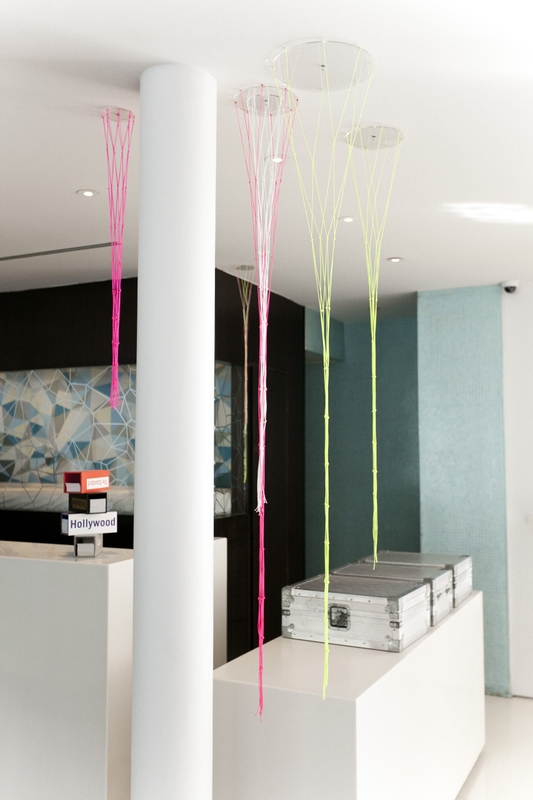 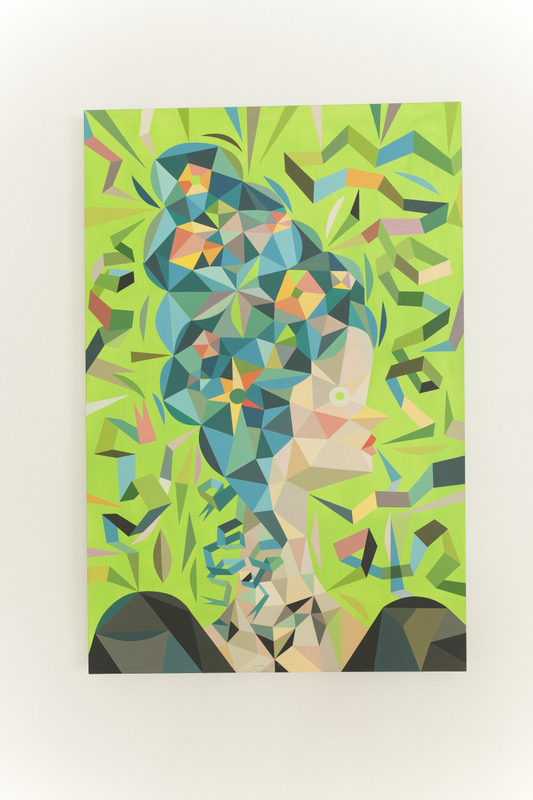 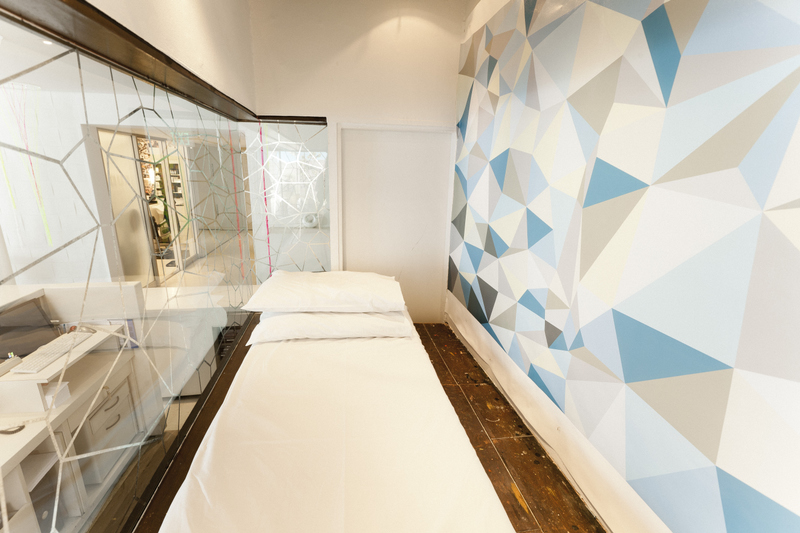 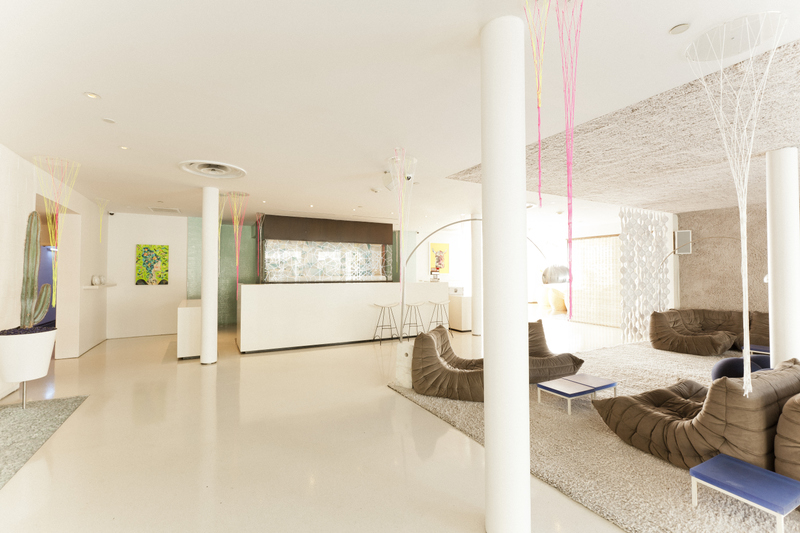