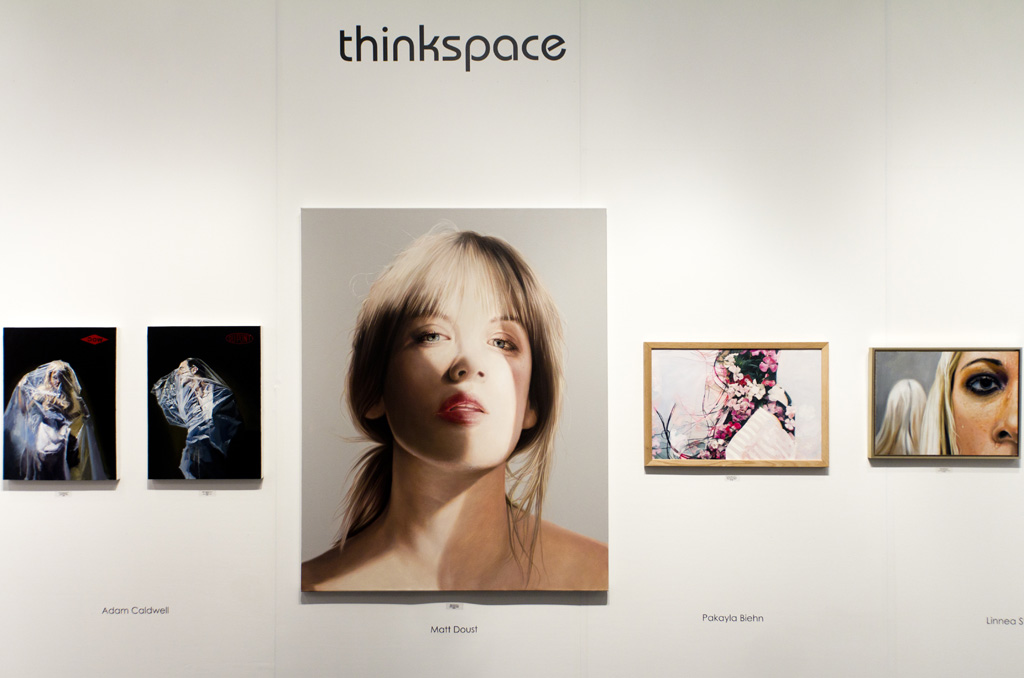 Over the weekend, the Affordable Art Fair opened Los Angeles including a booth for one of the galleries exhibiting work – Thinkspace Gallery. The Culver City showspace presented work from a talented core of artists which they have worked with in the past and will certainly continue to do so in the future including Dabs Myla, Brian Viveros, Matt Doust, Linnea Strid, David Cooley, and Audrey Kawasaki to name a few.

Certainly, their booth was a stand out for those visitors who made it to the fair during this busy art weekend and if anything, this showing by the gallery gave the visitors a sign of great things to come for the next twelve months. In addition to showing works inside the fair space, Dabs Myla, who recently released a video documenting their December mural (covered), have once again painted a large scale wall specifically for the art fair.  Measuring 56 ft x 12 ft high, the project titled Just Breathe was among the event’s highlights and clearly a treat for those who attended for the event.

Check out pictures from the Thinkspace booth after the jump. 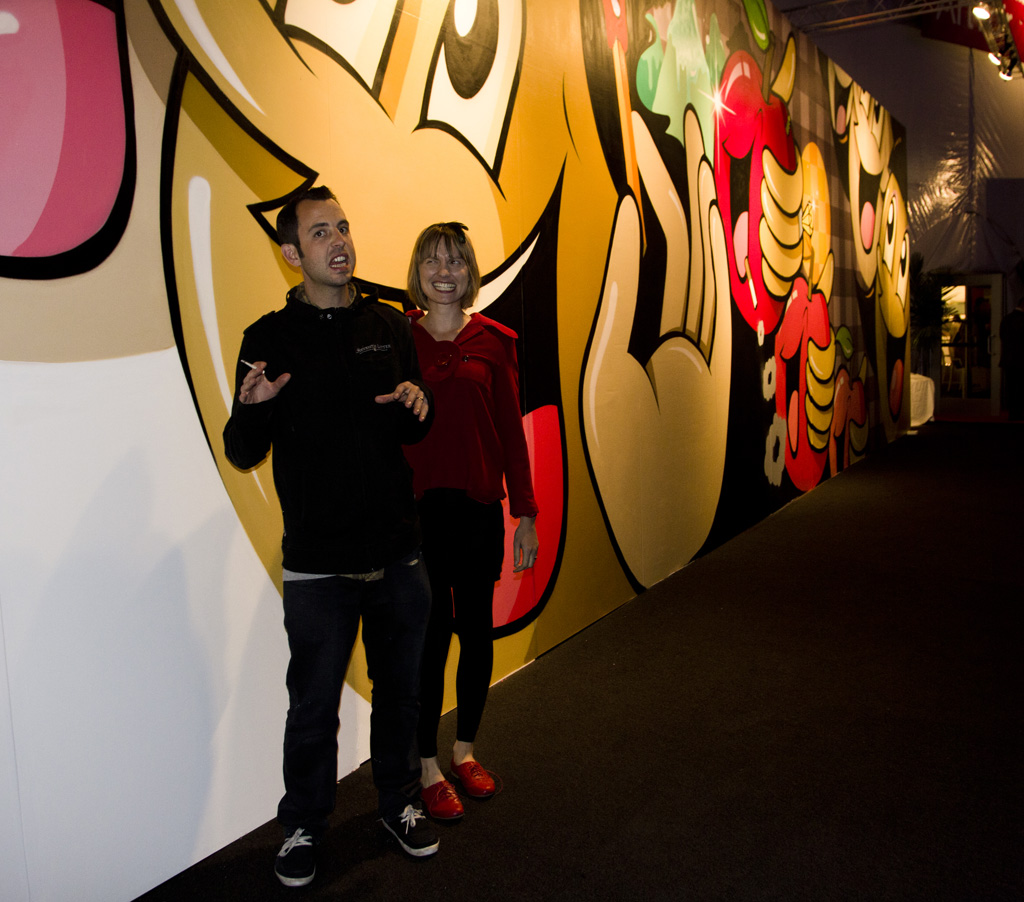 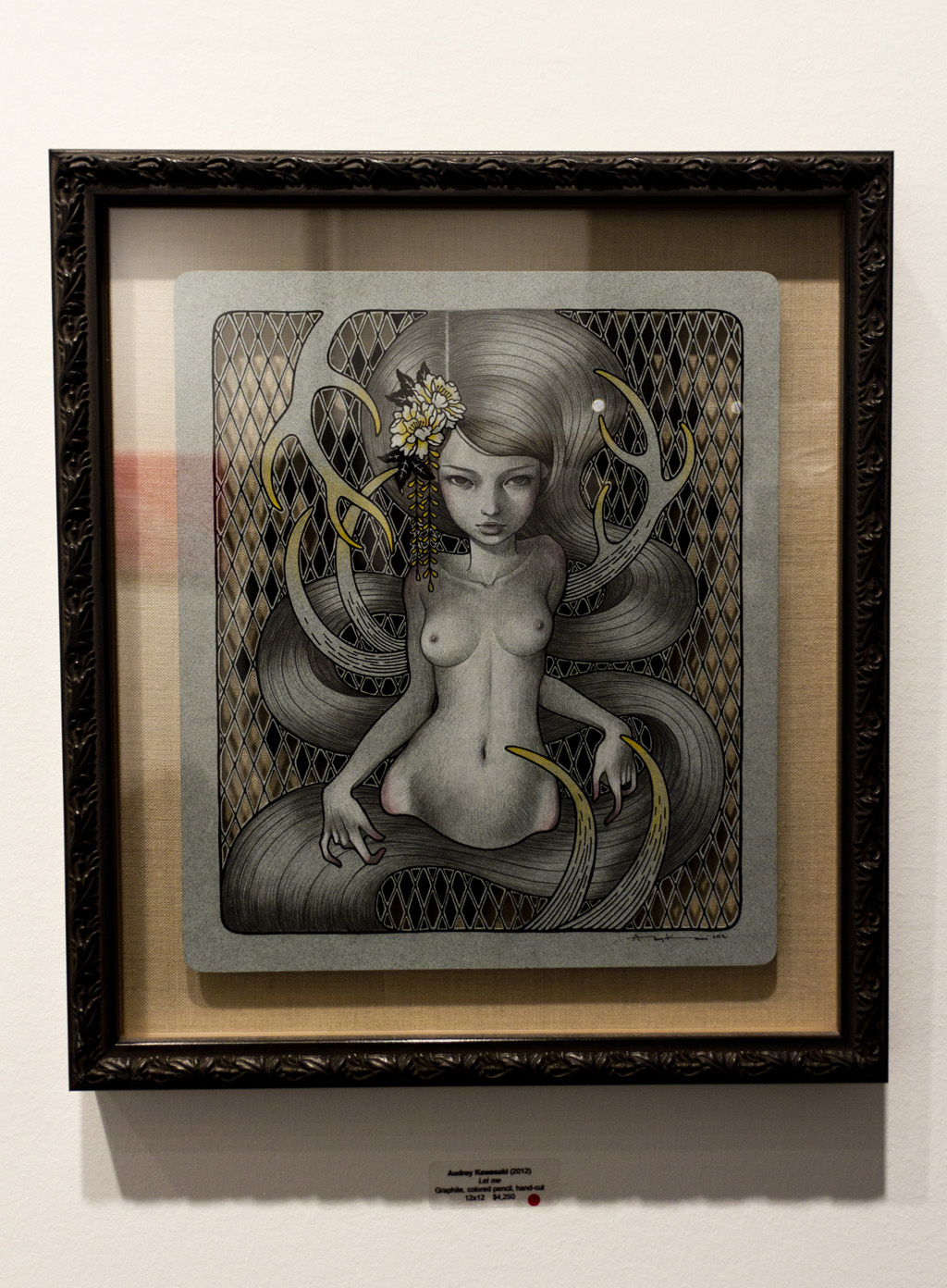 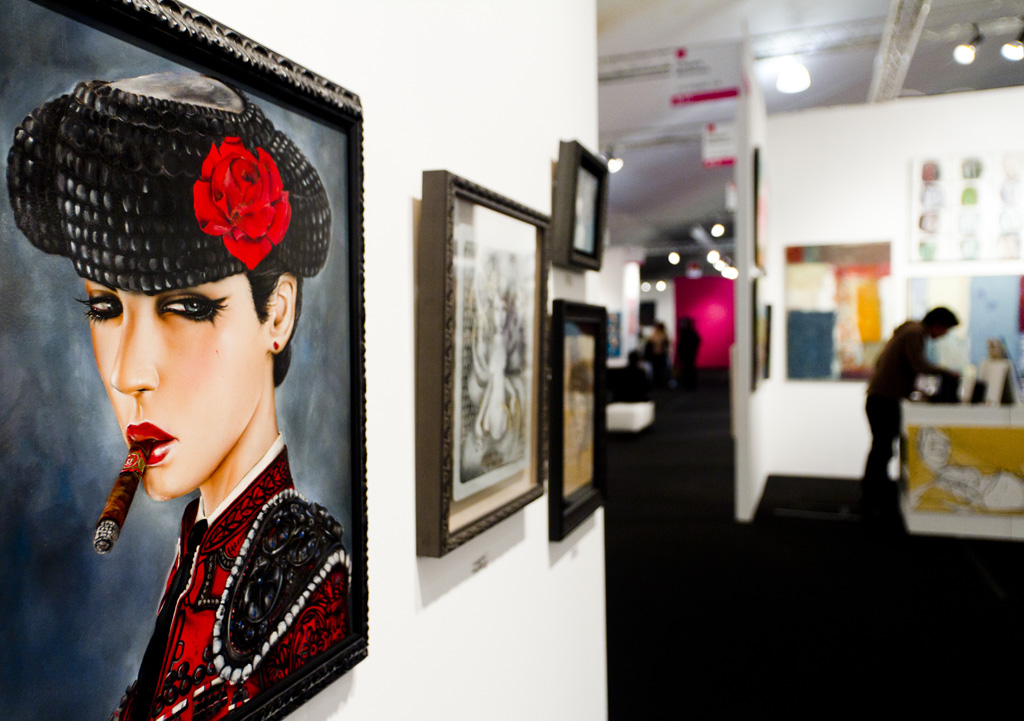 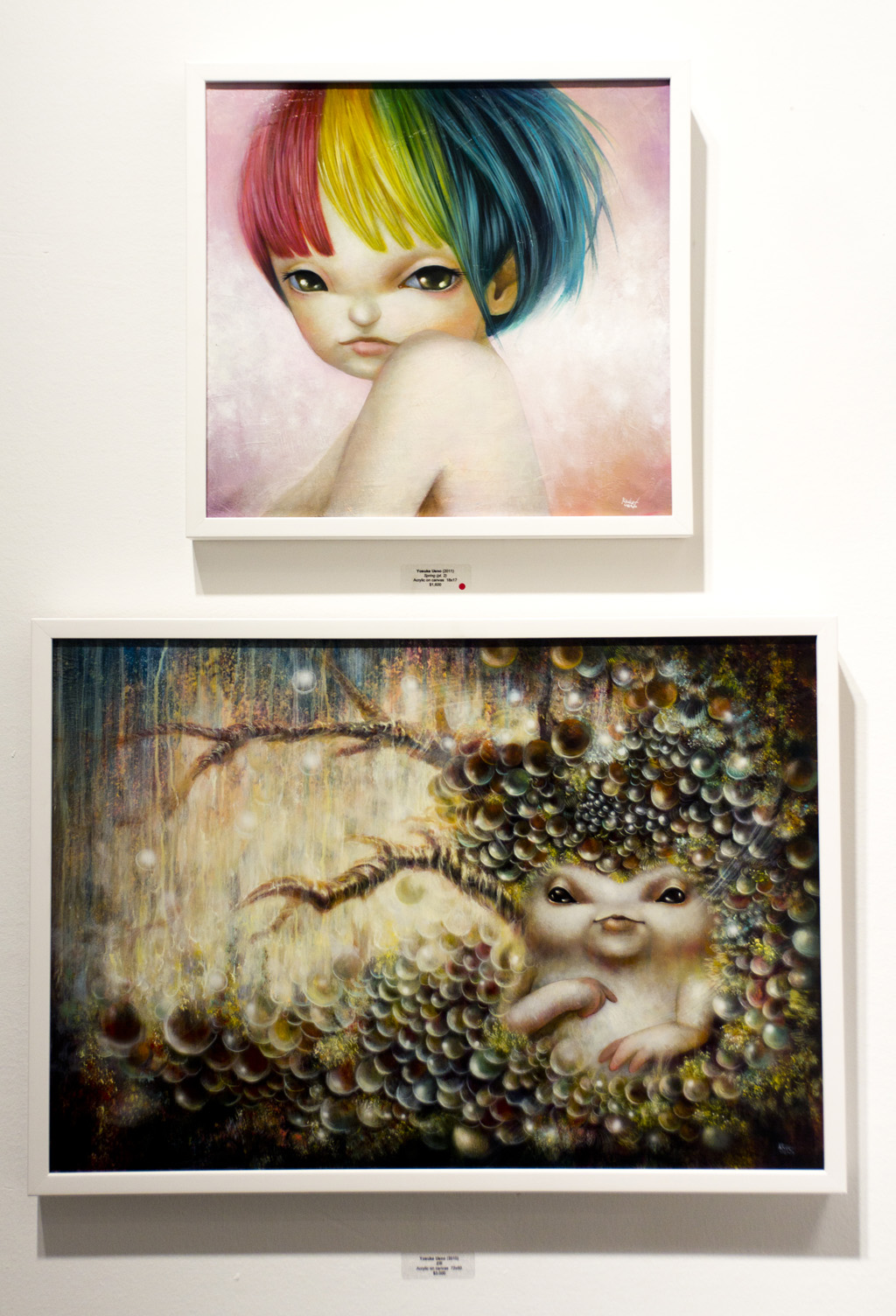 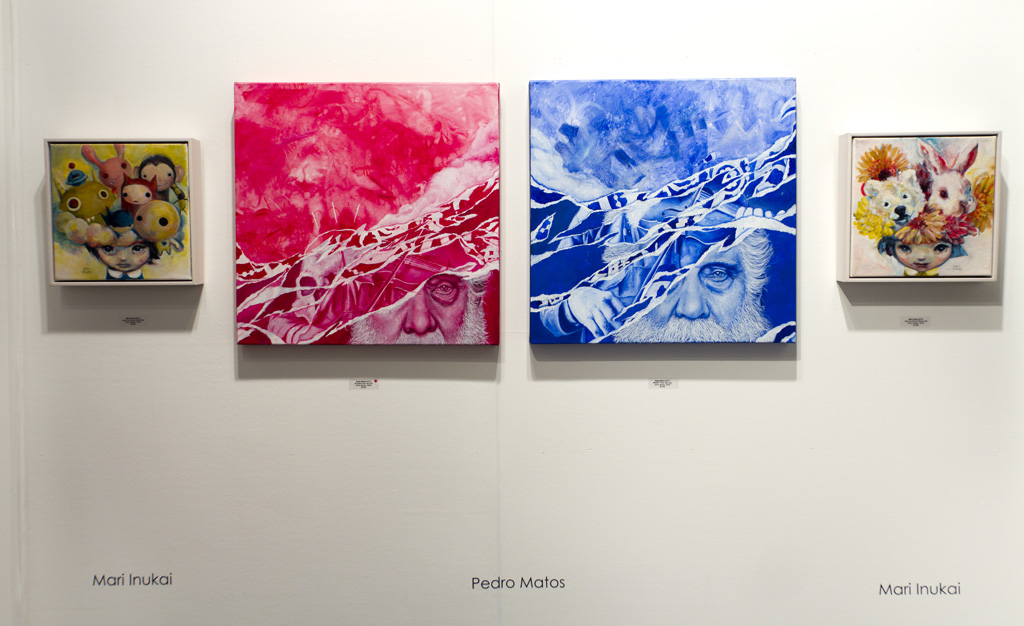 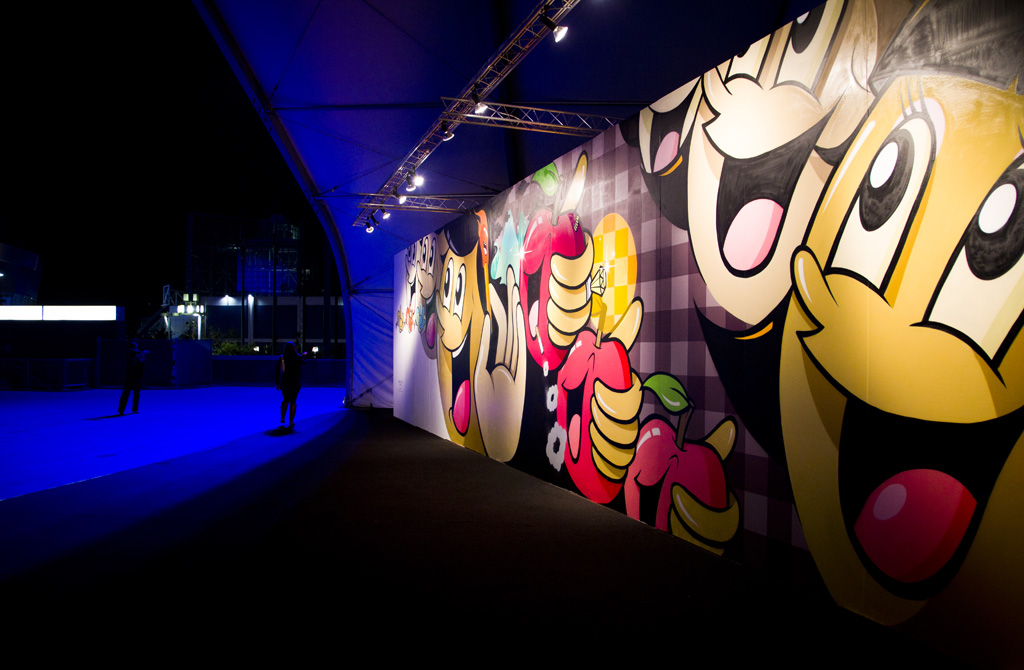 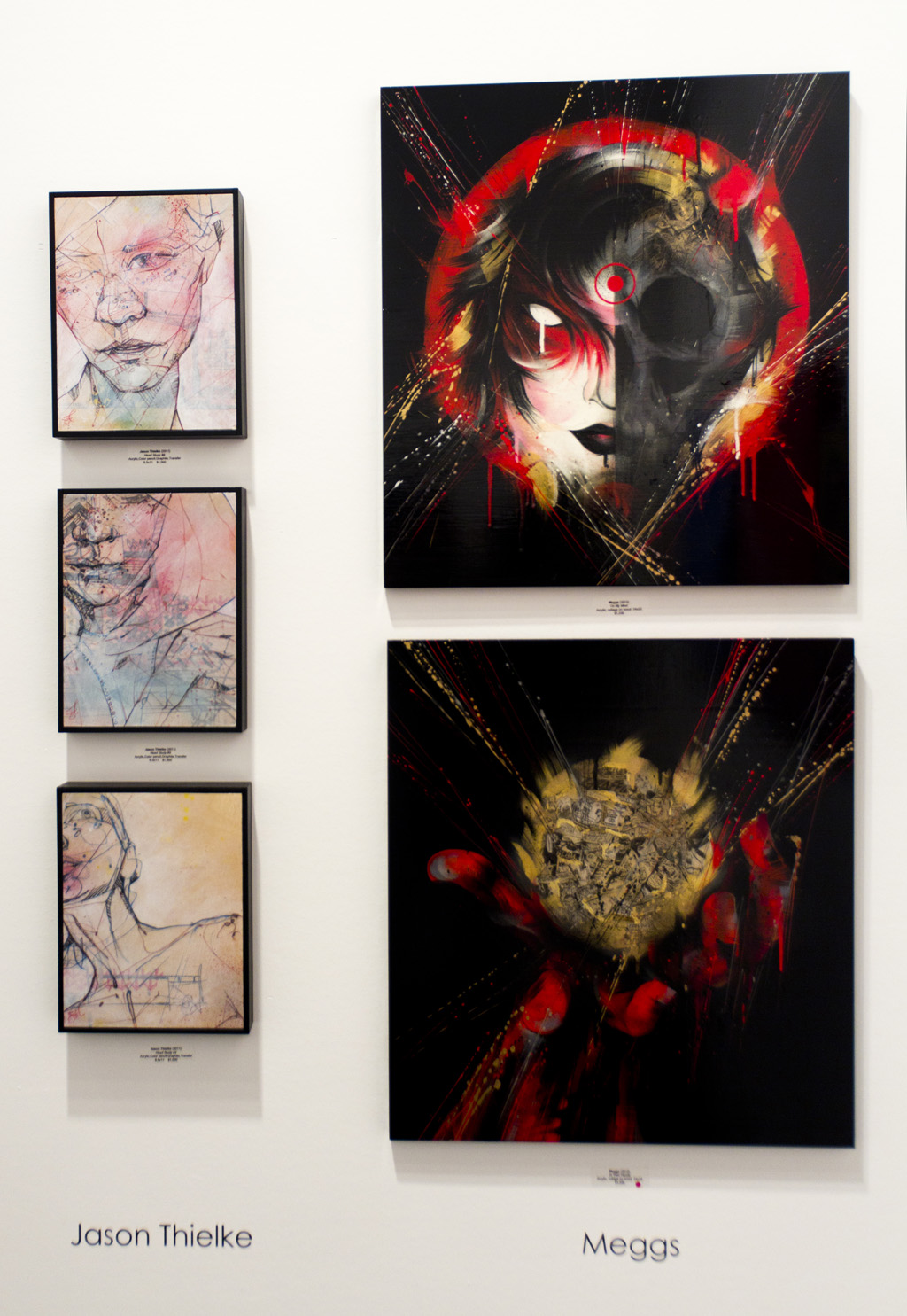 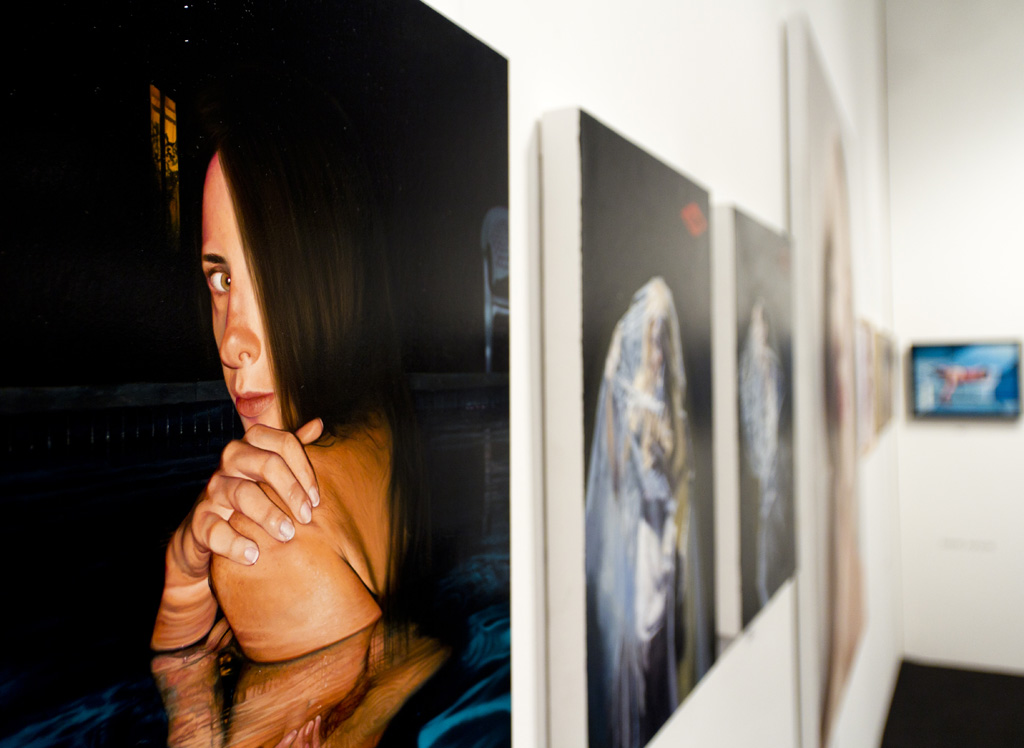