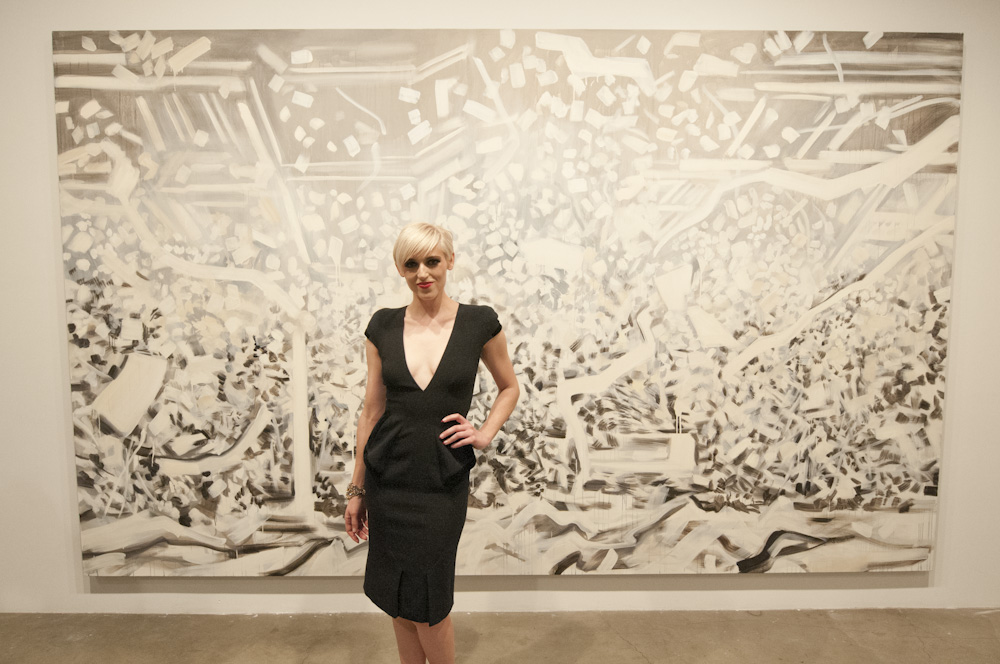 Over the weekend, the Honor Fraser Gallery hosted the opening for BALLYHOO HULLABALOO HABOOB, Rosson Crow’s (featured) second solo at the Los Angeles showspace. The new body of work marks a departure from her signature imagery of decadent interiors from the past rendered with colorful urban references (last seen in 2010 here and here), and sees the LA-based painter move her narrative towards a looser and more abstract look at scenes of American growth and decline, all with a more muted palette.

More photos taken for us by Richard Brooks after the jump… 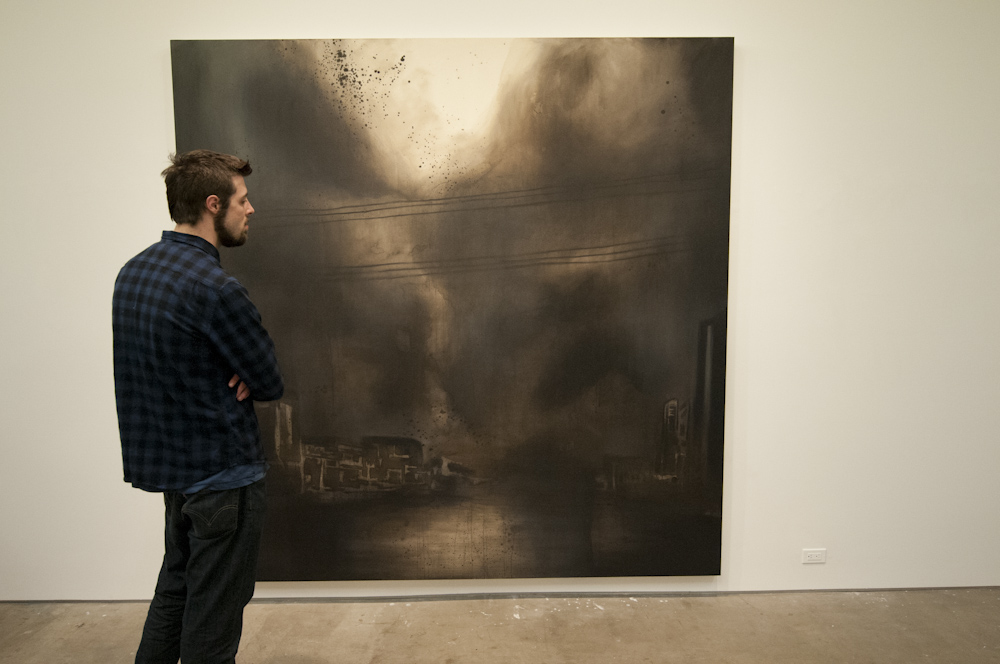 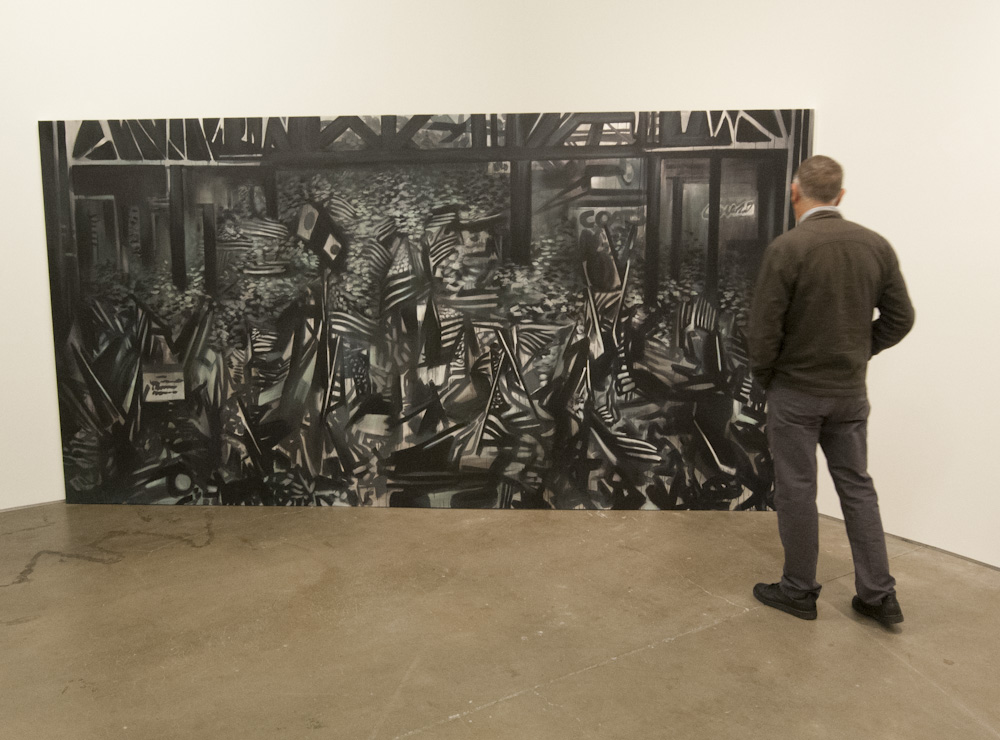 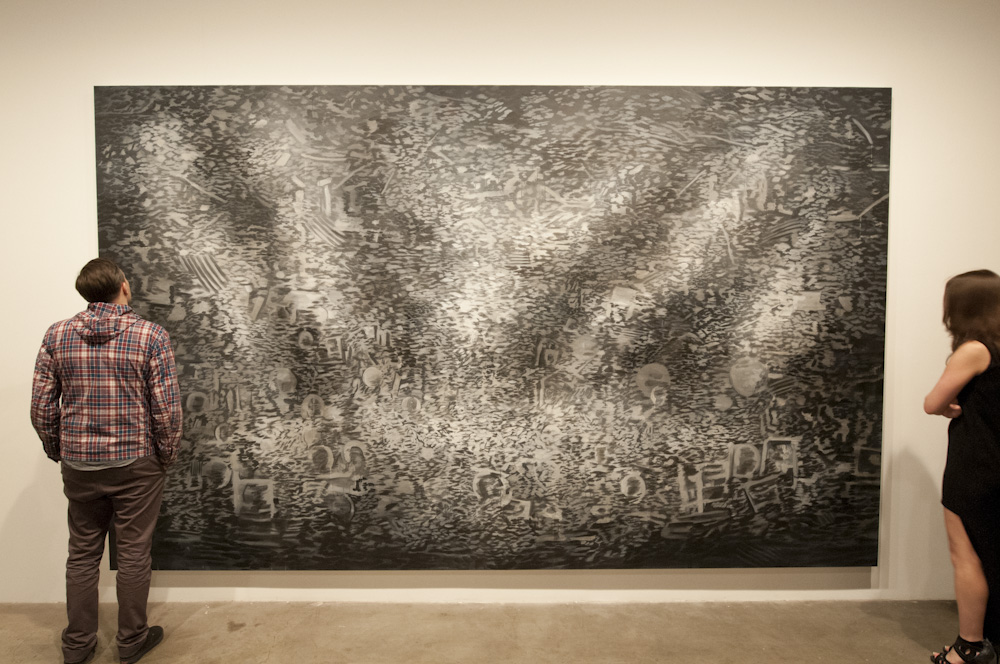 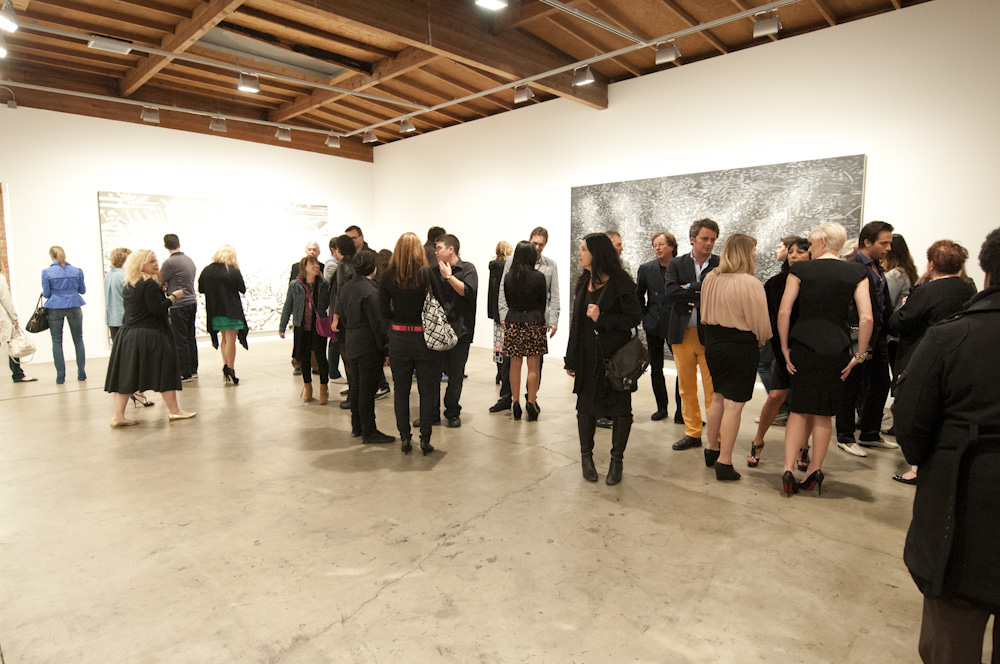