Imagine an abandoned four storey supermarket in the North of Paris occupied by squatters, then deserted again. On August 12, 2010, French graffiti artists Lek and Sowat discovered the place much to their delight. For a year, in the greatest of secrets, both artists continuously wandered in this 430,000 sq ft monument to paint murals and organize an illegal artistic residency. They invited forty French graffiti artists to collaborate, from the first to the last generation of the graffiti movement. Together they built a Mausolee, a temple dedicated to their disappearing underground culture, slowly being replaced by street art and its global pop aesthetics. Due to the nature of the place, very few people have seen it in person.

On 12 April Lek and Sowat will share their experience through an installation and video. See pics and more info  after the jump. 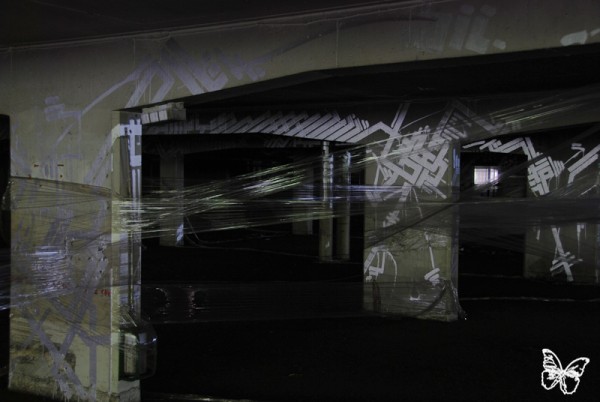 Sowat is a screenwriter, film director and graffiti artist, known for his calligraffiti style, operating both solo as well as member of the Da Mental Vaporz crew (covered here).

Lek is one of the pioneers of Parisian graffiti and urbex, doing lots of installation in-situ. A recent interview can be found here.

Together they invited French writers and celebrate the graffiti culture. The list of participating artists still remains elusive for the moment. On 12 April 2012, Sowat and Lek will reveal an installation with artifacts and video retracing this incredible adventure. Advance copies of the book documenting the entire visual process will also be available prior to the official release. 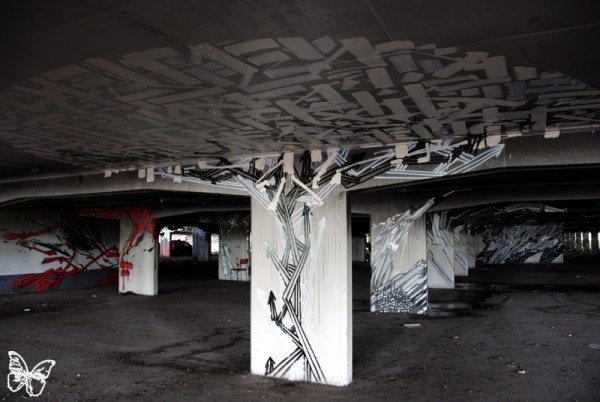 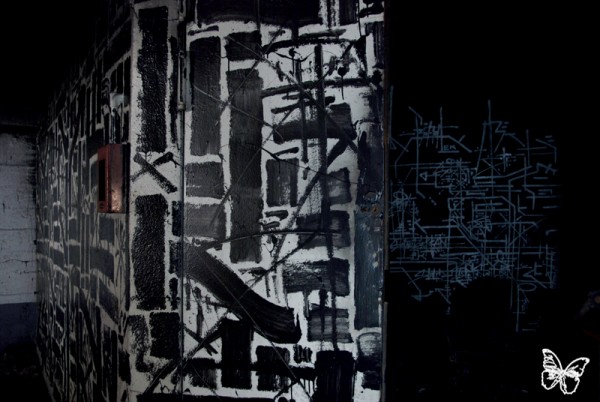