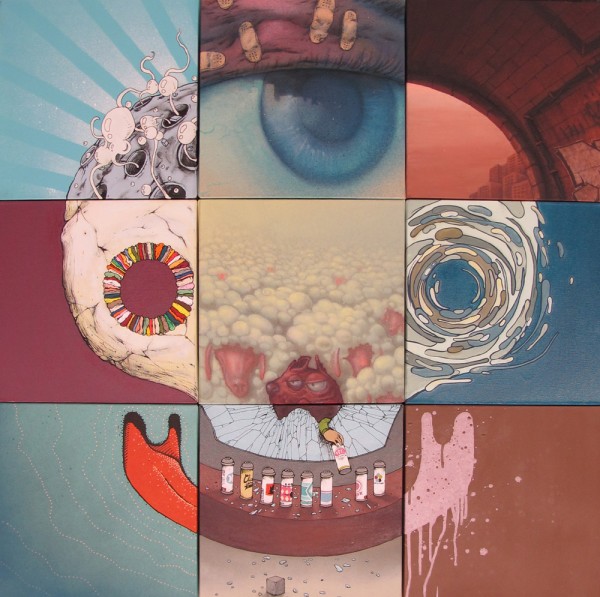 Leaving snow storms and presidential elections delirium in France, the French graffiti crew Da Mental Vaporz decided to head down under to Melbourne for a spectacular show at Rtist Gallery. They also recently completed a massive mural (covered here) in the heart of the city.

With a brand new series of work by all nine crew members consisting of Bom.k, Blo, Brusk, Dran, Kan, Iso, Gris1, Jaw, Sowat, the Le Venin exhibition contains over a hundred artworks – from screensprints, sketches, photos, mix media paintings, to solo and collaborative pieces – all showcasing a variety of styles and topics.

More pics and info after the jump…

Combining all their strengths, the collaborative paintings called Exquisite Corpses are a delight for the eyes, explosion of colours and styles, like Hypnotic Skull. The key piece of the exhibition is an Exquisite Woman Corpse, done by all 9 members, featuring all topics the DMV crew are passionate about: graffiti walls, eroticism, and imaginary characters. 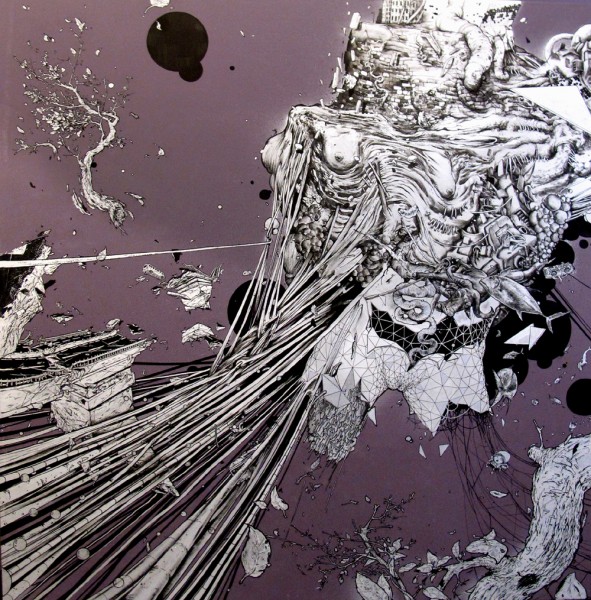 Reflecting on current world events, the show presents many politically engaged pieces as well as a fight for freedom of expression. Arab Spring by Kan features a halftone graffiti portrait of Stephane Hessel, 94-year-old former French resistance fighter and author of Time for Outrage (Inspirez Vous), which inspired young people to take the streets. Pieces by Gris1 highlight globalisation issues and fight for freedom of mind.

The DMV also responded to the current presidential elections climate in France. Liberte Egalite Fatalite by Sowat, tricolored animals like Pigeons by Gris1, and a sheep by Bom.k are all reminders of never fulfilled political promises “Travailler plus pour gagner plus” (work longer to earn more), or even a crucified cockerel, a French symbol, “Vive la France” by Brusk. 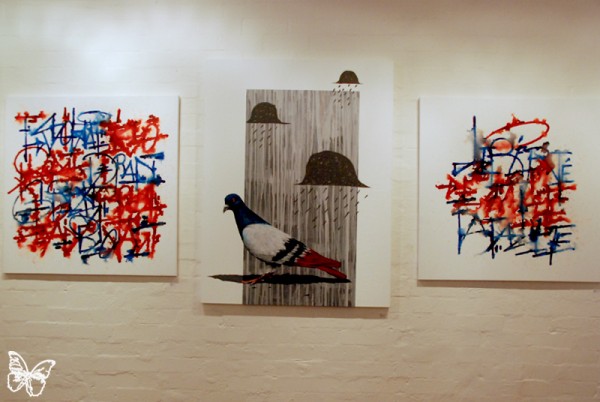 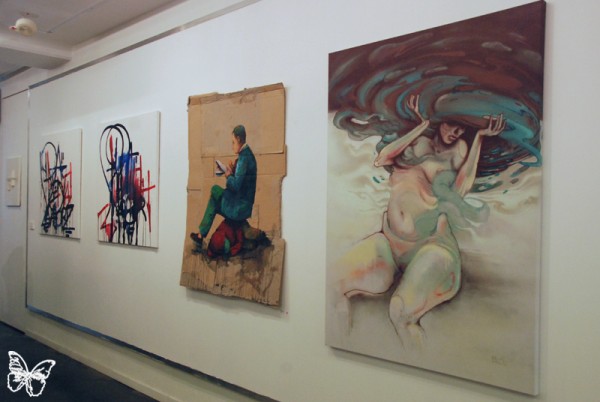 Also, the DMV crew enjoy playing with words, like the 3D pieces by Bom.k (Crime doesn’t spray) or the DMV letters forming Dieu Me Voit by Gris1/Sowat (God is watching me), symbolising the big brother society.  The show also features many lighthearted and dark-humored pieces, like Smiley by Gris1, a collection of post-it notes and memos to Dran’s figurative characters like Mr Tea, or Mr Propre, (Mr Clean’s household cleaner) pissing to clean graffiti walls. At first glance at Trompe l’oeil by Dran, a cute koala is happily resting in the forest, but looking closer, all that is left is a tourist backpack.

As Channel 9  Australia was streaming live in the middle of the gallery, uncensored and fearless Sowat set fire to his calligraffiti paintings to add some unique finishing touches. 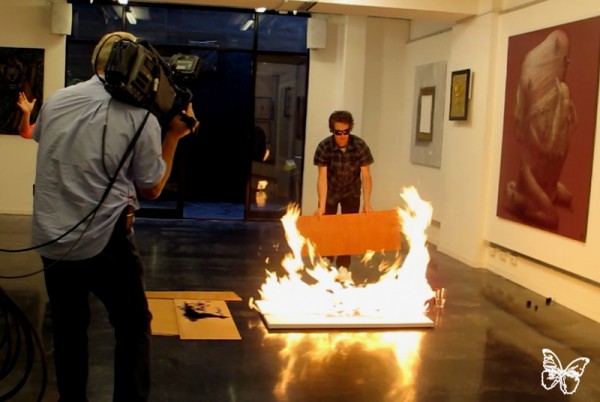 If your eyes and mind were not already exploding with this profusion of art, the exhibition continues upstairs, where a treasure chest reveals a multitude of gold and silver objects like spray cans, tools, toys, drinks. 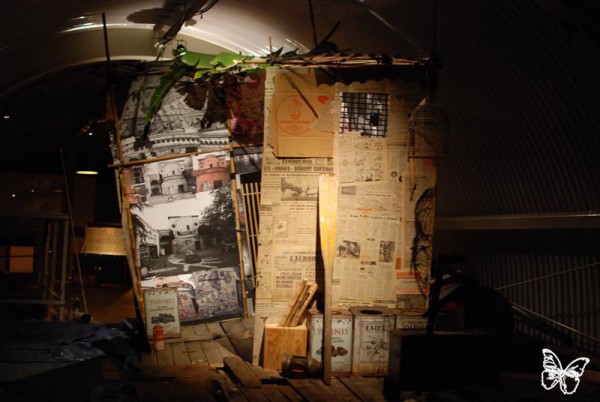 The top floor of the gallery hosts a massive installation with a life size version of their raft Le Venin. Various objects are a testimony of this epic trip. The cabin displays pasted pics of Squatters, a secretive mural done illegally last summer in an iconic building of Toulouse. The mural features a giant with a skull head and heart on his sleeve, which poster is available at Edition Populaire. Sharks are swimming around the raft, while the dark horizon features a short documentary of Squatters directed by Emile Sacre.

For those who can’t see this crazy show in person, here is a video: 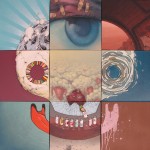 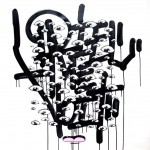 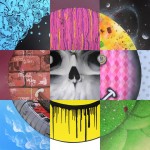