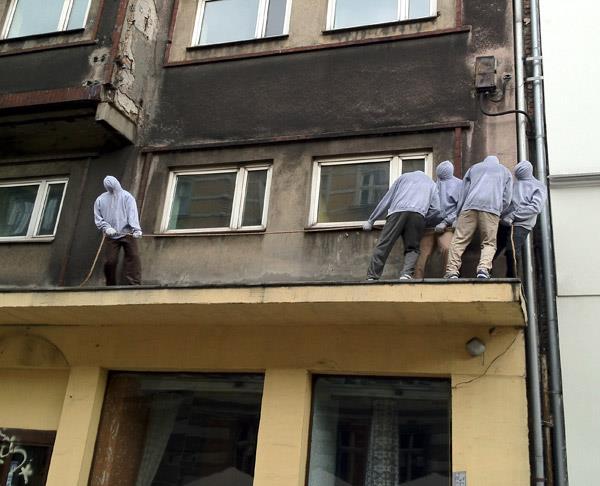 Last week, we shared some photos of Olek as she returned to her hometown for the Katowice Street Art Festival where she yarnbombed excavators. She wasn’t the only street artist to hit up the Polish city because a steady stream of urban beautifiers have put up work of their own including Mark Jenkins (interviewed) with a attention grabbing tug-of-war installation and Escif with a huge on-off switch. If you remember, we also included the piece by Ludo (interviewed) earlier this week in our Streets: World Roundup. 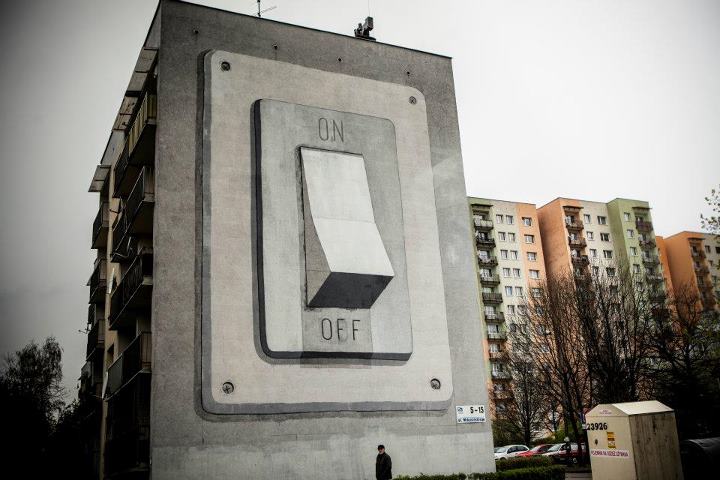