Opening this Friday (July 26th), Petit Mal is a solo show from Candice Tripp (interviewed) at Black Rat Projects, with whom she released a print earlier this year if you remember. We’ve been looking for a large body of work from the UK-based painter ever since her show at Joshua Liner, and the new work does not disappoint. Thematically based on her thoughts of the “petit mal” seizures sometimes seen in children, her paintings are indeed what one may imagine could be seen during the brief interruptions of consciousness where all is not what it seems. Her horror infused imagery combined with her dark humor is a fresh look of at the idea of innocence juxtaposed with adult themes.

She states: “While I was painting, I kept thinking about a small town full of young, isolated inhabitants and how every place, to a degree, has ‘a way’ of doing things, a way which is rarely interrupted until an outsider witnesses and draws attention to it. I found myself thinking a lot about an interruption of consciousness – in the sense of it occurring in a group. I tend to paint a fraction of a story – often either prelude or aftermath – and so I ended up focusing on fictitious (often awkward social) scenarios occurring in a town that is unaware of its single-minded lapse in judgement; Cult-like. The idea being that children who don’t outgrow it, will fall victim to it.” 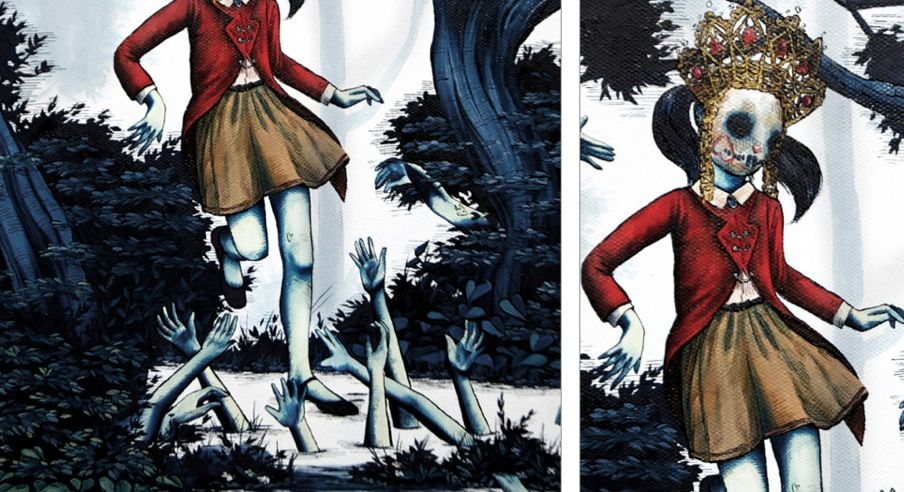 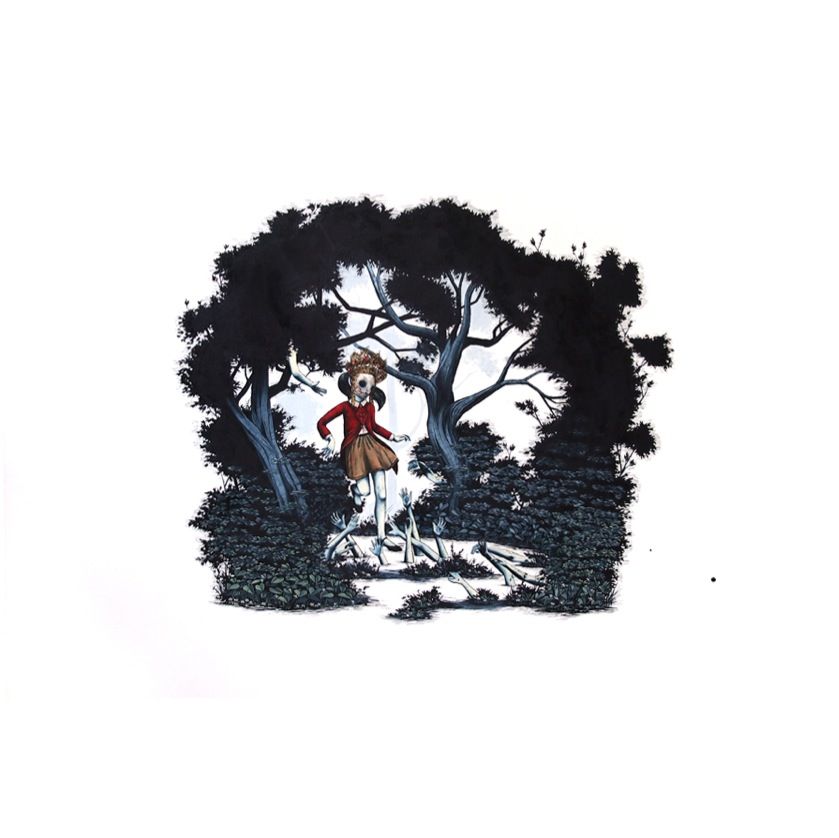 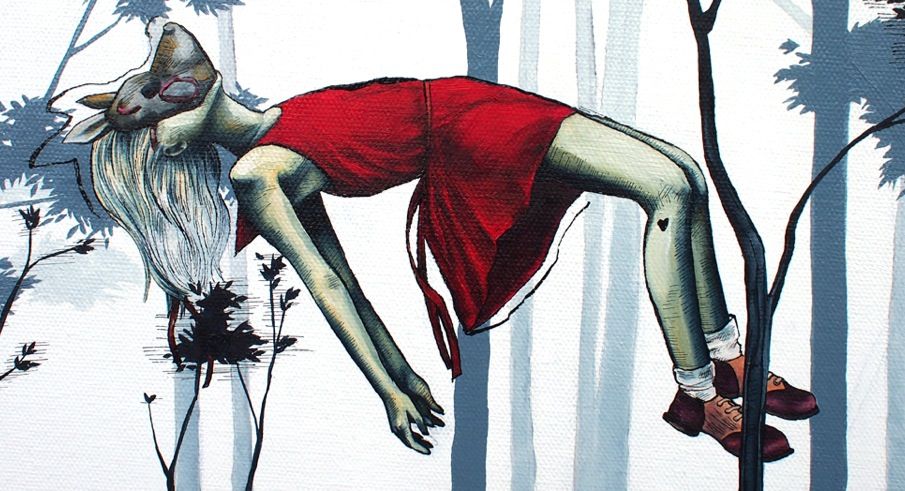 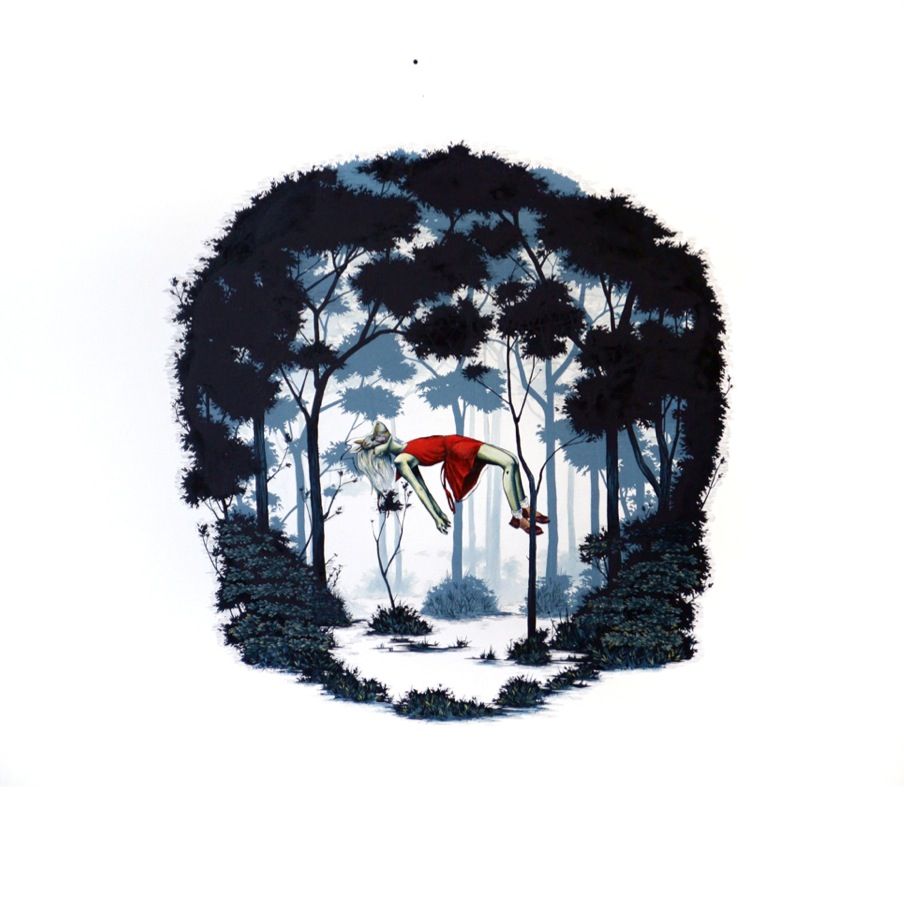 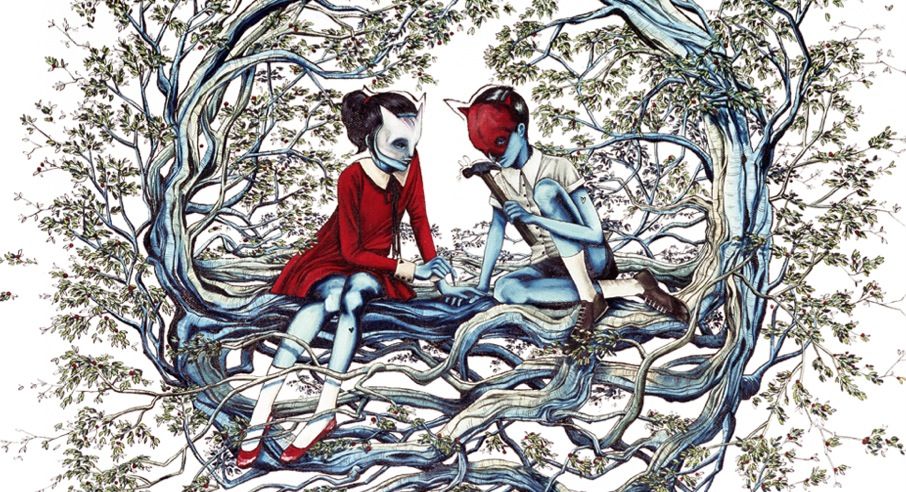 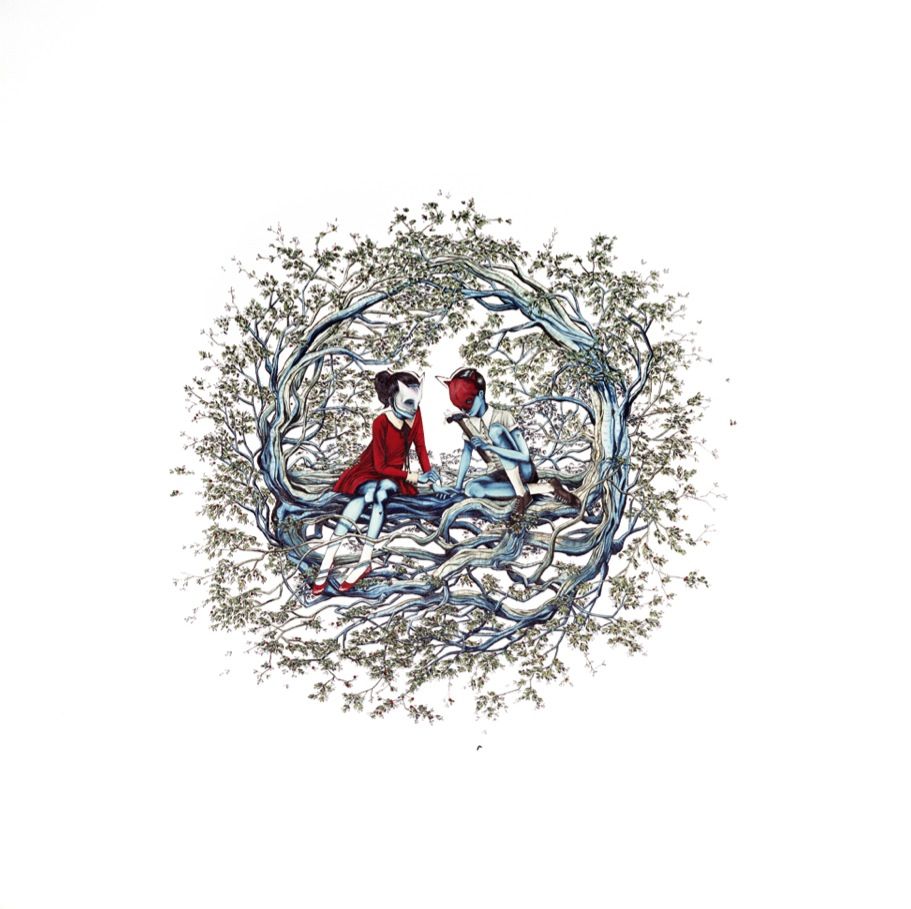 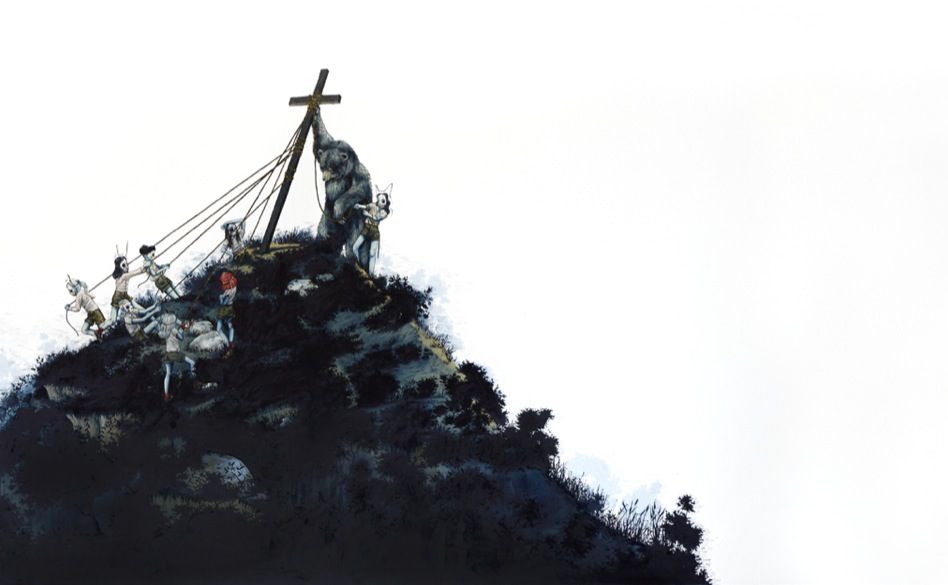