Olly Moss is set to release a new timed-release edition for the upcoming Batman film, The Dark Knight Rises. The UK-based artist is known for his re-imaging of movie posters with editions selling out almost instantaneously. So, for fans of his work and the film, set to reunite director Christopher Nolan and star Christian Bale, this will be a no stress chance to purchase a print. It goes on sale at 12:01am Central on Wednesday, July 18, at Mondo for $40 and as long as you buy within the 24 hour window after that, you are guaranteed a print. One lucky customer will also receive a “golden ticket” which comes with a special prize from Moss. Remember, this 16″x24″ screen print is different than the larger SDCC variant. 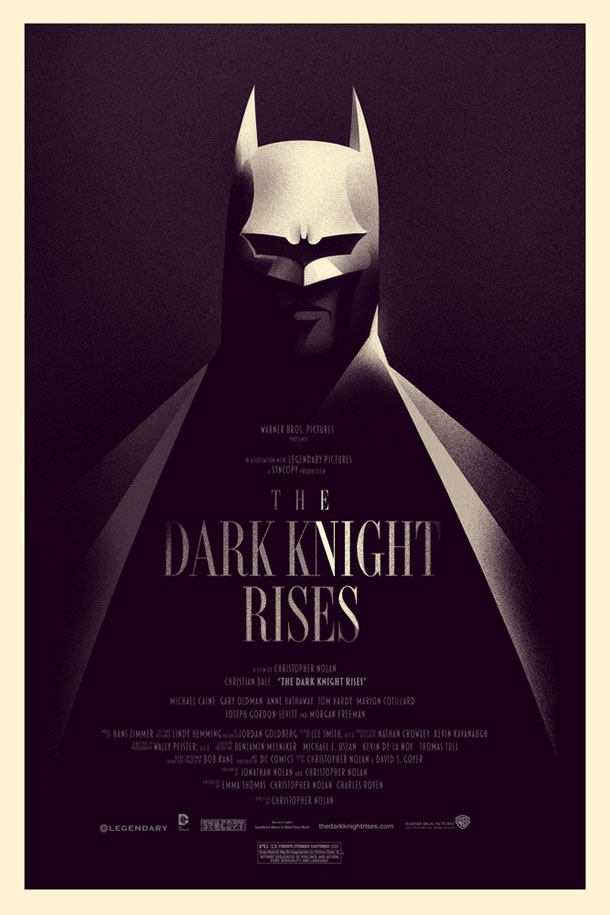