It looks like Escif was caught up with the Euro 2012 fever that had his home country in its grip as he painted this piece entitled The Rescue leading up to the final. After Spain was crowned the UEFA champion, the street artist turned his attention to more serious topics with a mural (seen below) dealing with the cuts the country has had implement as it becomes increasingly mired in the financial crisis of Europe. 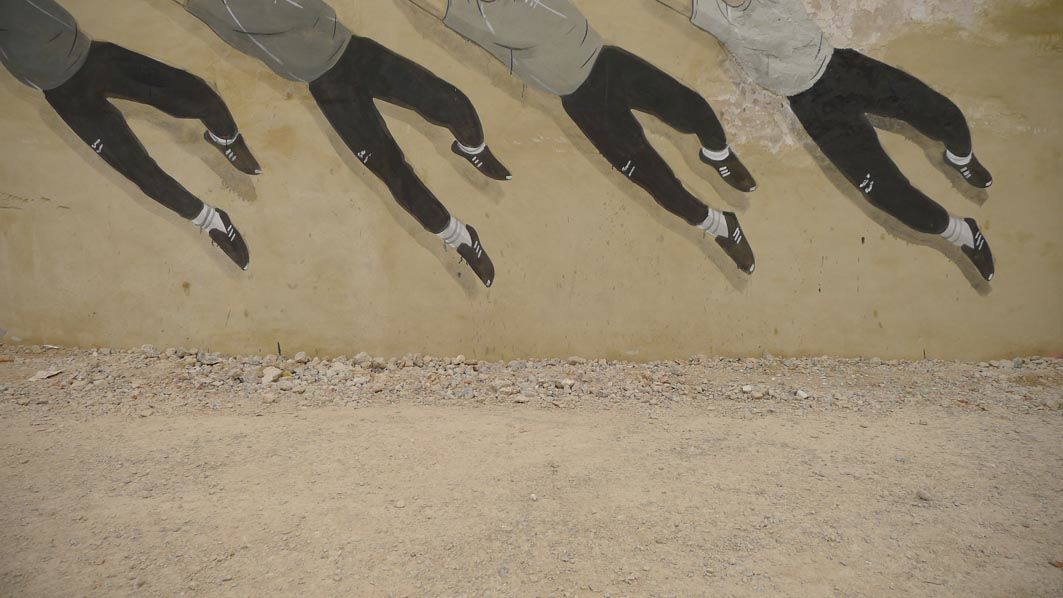 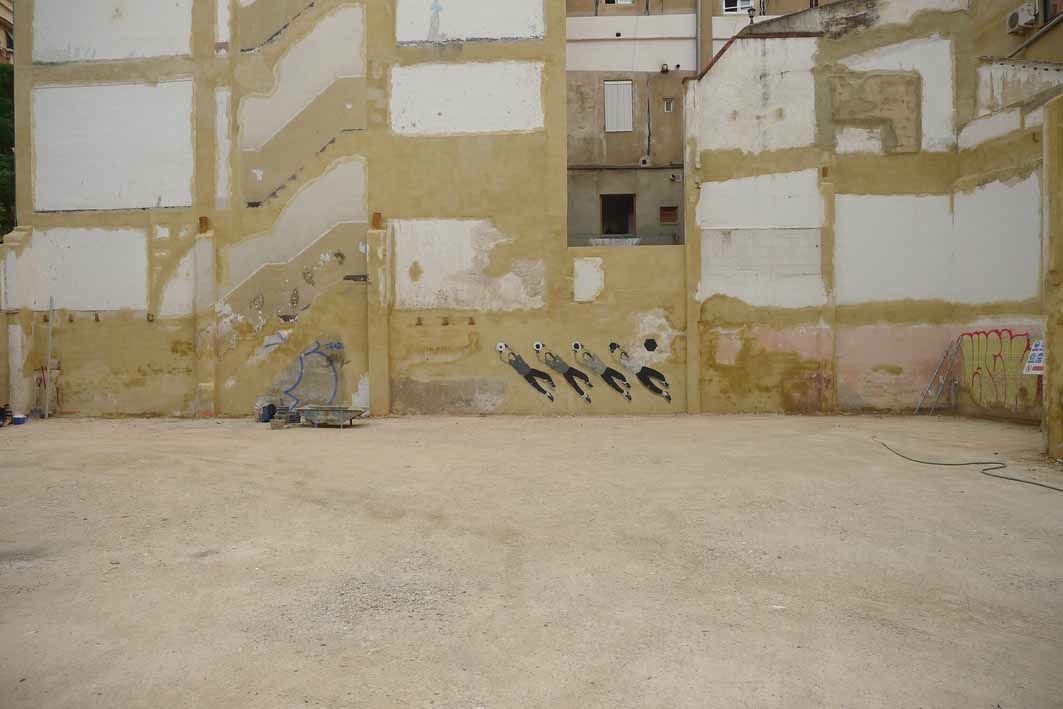 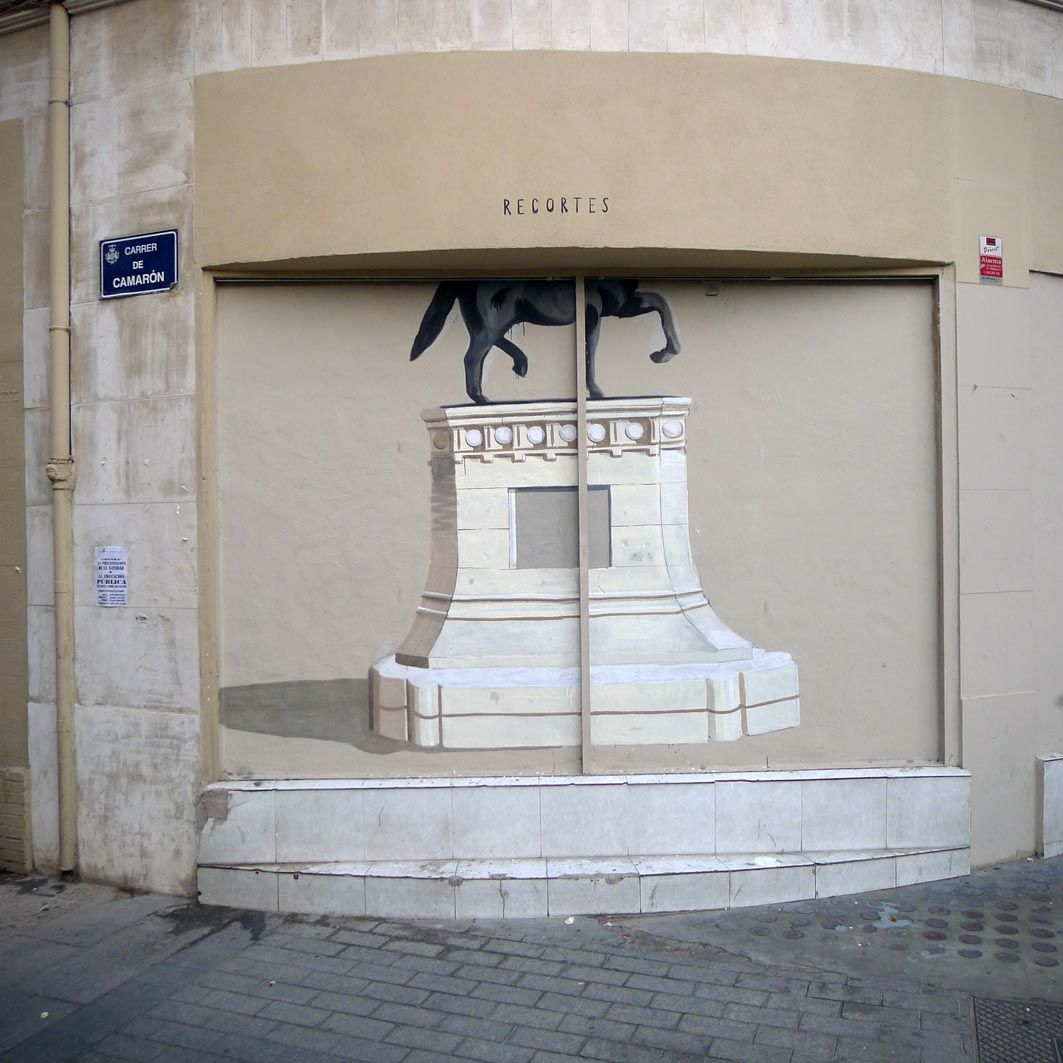