British artist Ben Slow has painted a large mural of Ruth First in Nomzamo Park informal settlement in Orlando East, Soweto. Starting on National Heritage day, the 12 foot tall painting was completed in five days using ink and brush and spray paint. This year marks the 30th anniversary of the assassination of Ruth First by a letter bomb in Mozambique. The spot where the painting is located is only a few kilometres from Kliptown where in 1955 the Freedom Charter was adopted by the Congress of the People. This became the central document outlining a vision of an egalitarian and apartheid-free South Africa. Ruth First was in the drafting committee of the charter but could not attend because of her banning orders.

Commenting on the subject of his painting, Ben Slow said: “I am very interested in people who deserve to be immortalised and who have a direct link to where they are painted. It has been an incredible experience for me. The people here have been incredibly friendly and welcoming. Life must be difficult here. There are shacks in Nomzamo Park without basic amenities. No electricity. No running water.”

Gillian Slovo, novellist and playwright and Ruth First’s daughter, when asked for her comment about the painting replied: “How wonderful that this painting of Ruth, based on a photo which was her mother’s favourite, should be there amongst a community she cared so deeply about.” Beauty Mlakalaka the owner of the small house on which the painting appears said “I think it is beautiful. Also people must know who this person was and what she did.”

Ruth First was a journalist, academic and a gifted and dedicated political activist. She authored several books including “117 days,” the account of her imprisonment under apartheid’s 90 day law, and “The Barrel of a Gun,” her book about coups in Africa. She also edited a number of books, including Nelson Mandela’s “No Easy Walk to Freedom.” She was married to Joe Slovo who became the Housing Minister in Mandela’s government. On 17 August 1982, Ruth First was murdered by order of Craig Williamson, a major in the South African Police, when she opened a letter bomb made by Jerry Raven and sent to her university. The Truth and Reconciliation Committee granted amnesty to both Williamson and Raven.

This painting will form part of a film documentary on the anti-apartheid struggle currently being produced by Six Oranges, a London based documentary production unit. 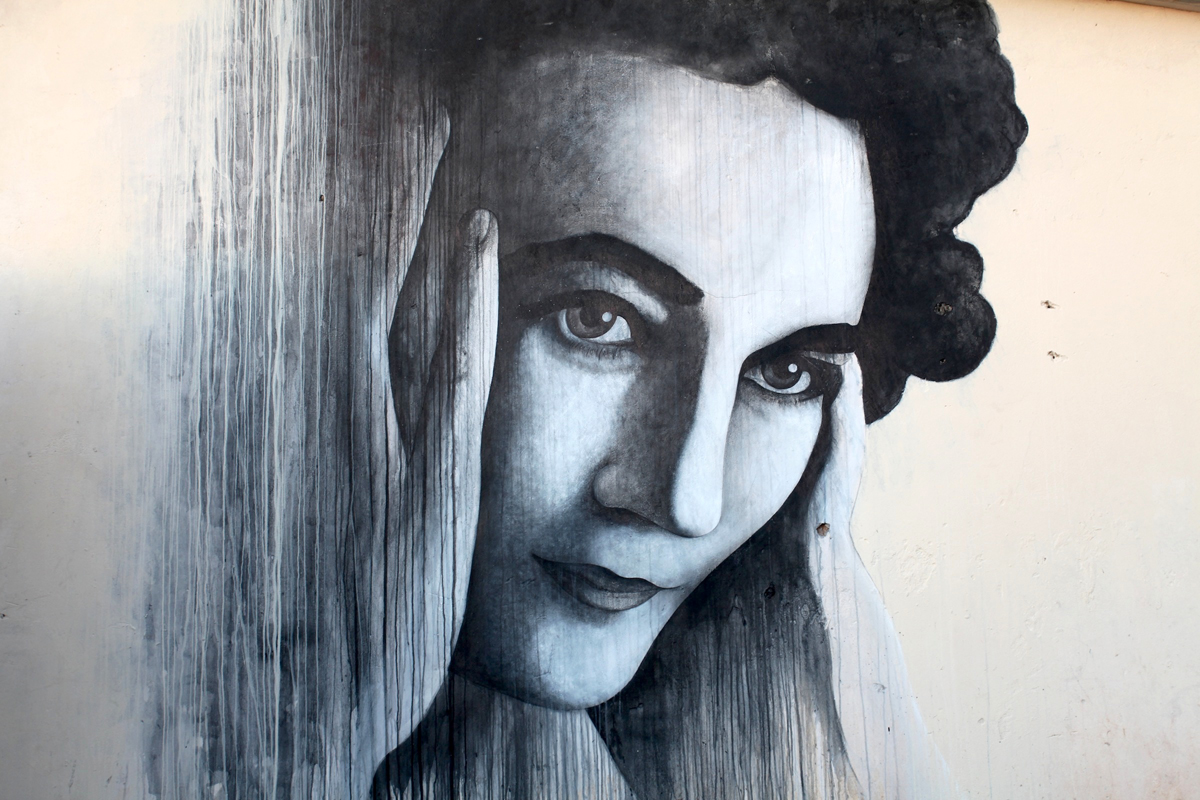 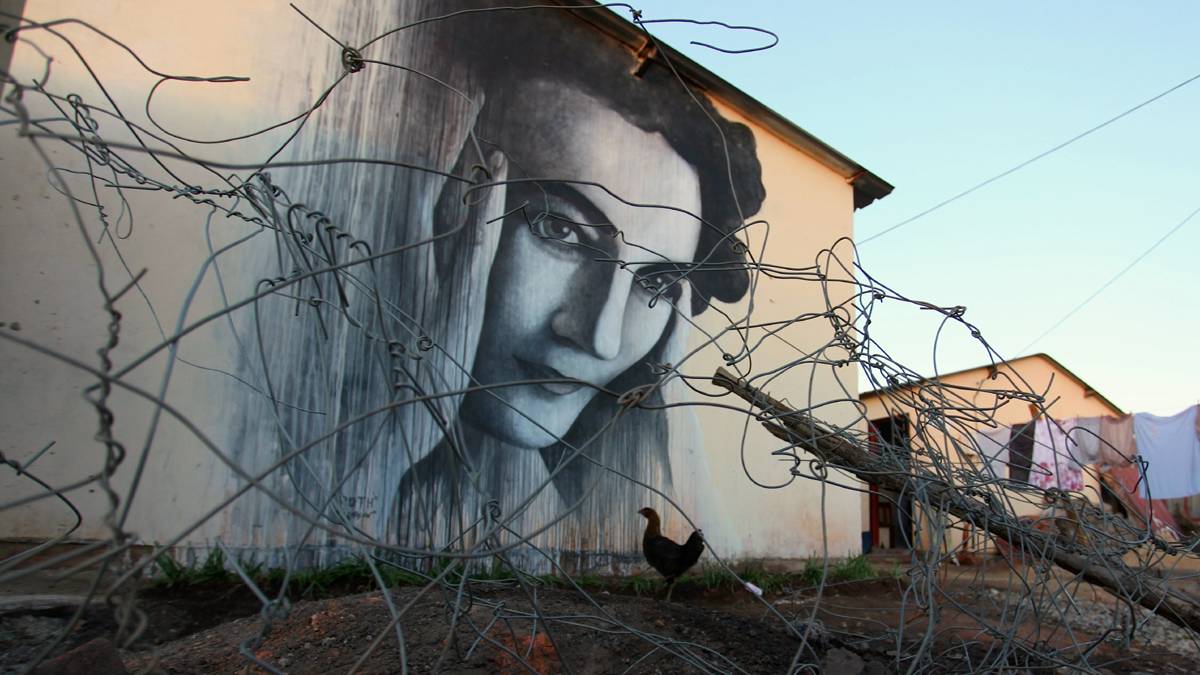 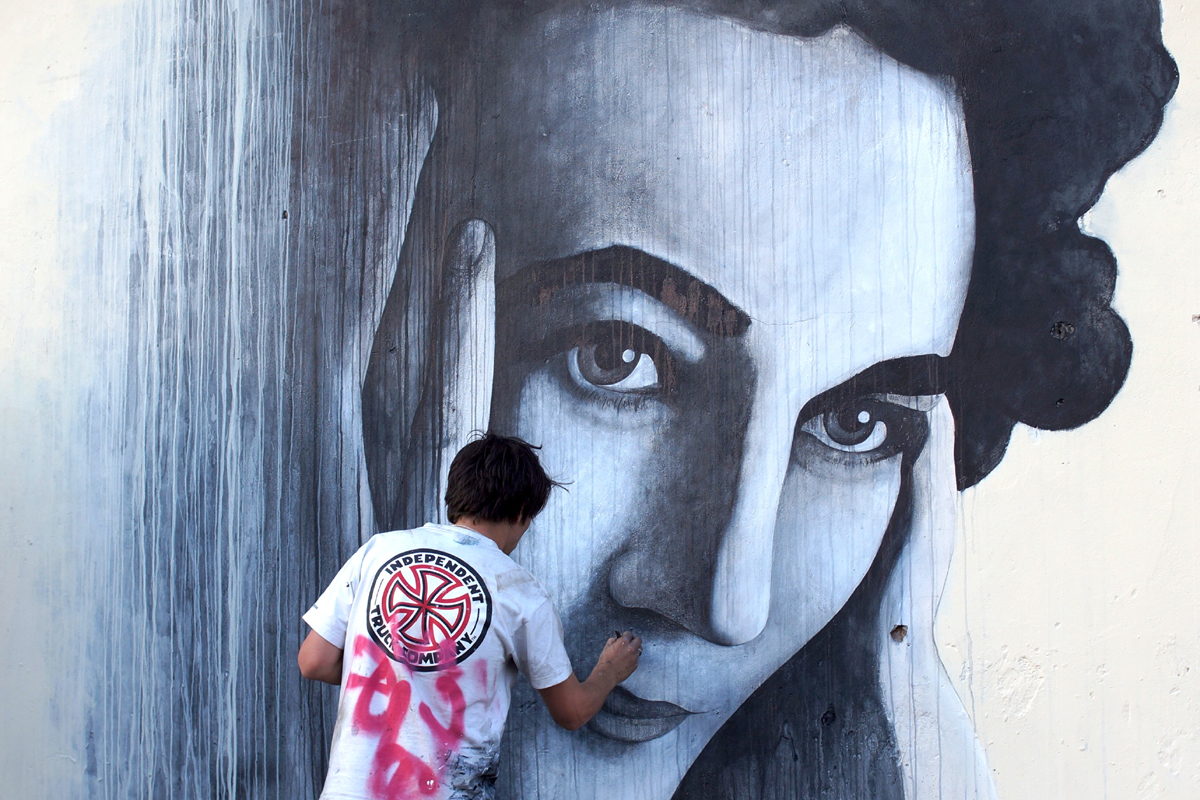