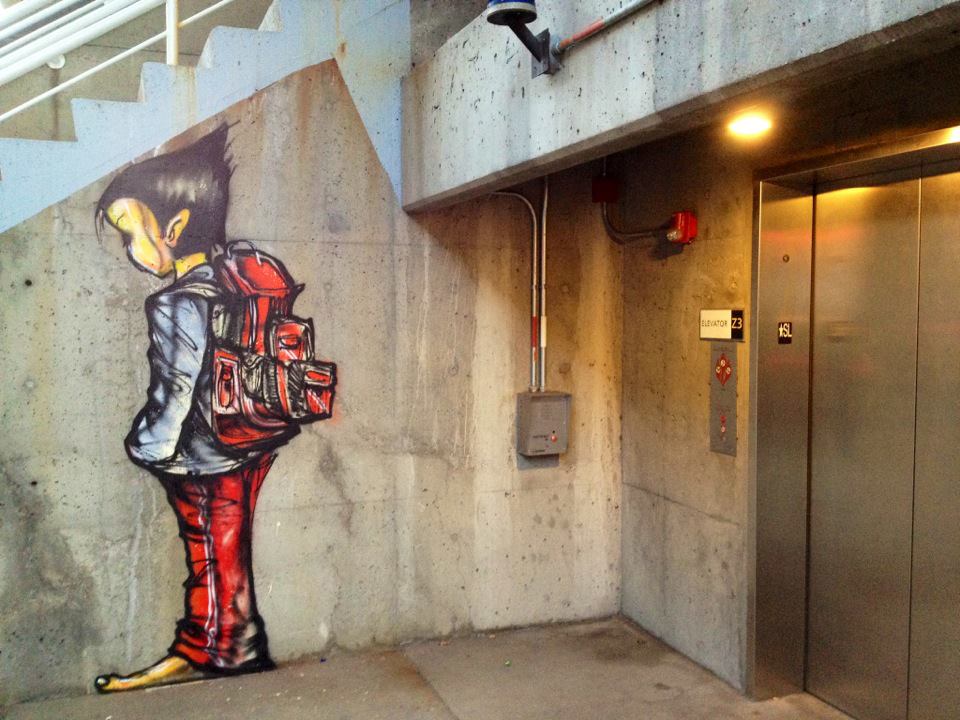 By now, everyone has probably seen the video that went viral which showed a group of people brutally beating a Chicago teenager. Thankfully, it sounds like the Asian victim of the racially motivated attack appears to not have sustained serious injuries. David Choe (featured) recently painted this tribute mural to hopefully bring attention to this issue as well as get some of these cowards put in jail if they can be recognized.

See what he had to say after the jump…

“My tribute to all the f.o.b.ly dressed oriental kids who never take off their heavy backpacks even when they’re getting their faces kicked in.”

“Some things I like about this guy, his hair, his red pants, how he never takes off his backpack, and how he won’t stay down with 6 guys kicking his head in.”