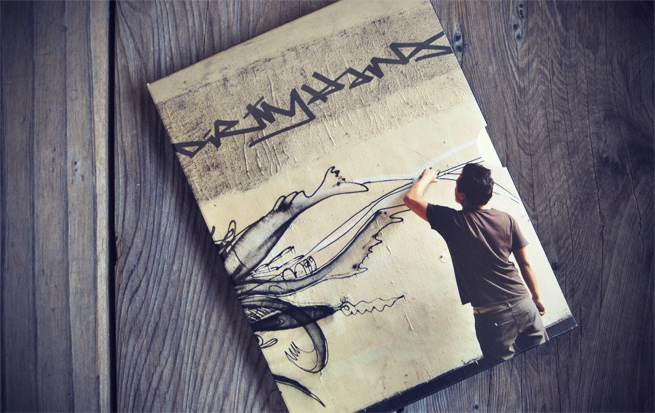 Provocative street artist David Choe (featured) is finally releasing the long awaited DVD for his documentary Dirty Hands through Upper Playground. The movie, put together by Harry Kim, originally premiered at the Los Angeles Film Festival to multiple sold-out screenings and went on to win the Best Documentary award at the San Diego Asian Film Festival.

As a bonus, 121 of David Choe’s Munko vinyl figures will be given away randomly to anybody who purchases a DVD during the pre-sale. The double-disc DVD-set features over 3 hours of bonus footage not included in the film. Even more exciting, the film is currently available through live streaming here.

More photos of the DVD set after the jump…